Let me make one thing clear about this article: it enumerates not discoveries, but inventions. Inventions are conglomerations of different discoveries, both monumental and frivolous. As technology flourishes, older inventions become as relevant as yesterday’s newspaper.

However, there happen to be some inventions that have stood the test of time and remain as indispensable as they ever were, while some that have been long forgotten completely revolutionized how we think about time and energy. These inventions didn’t just change the course of humanity, but paved a completely new one out of sheer chaos.

Will the bulb make it?

Choosing eight inventions among millions was difficult, as there doesn’t seem to be an objective way to evaluate significance. For instance, I read an essay penned by a man in 1913 who ranked “moving pictures” 4th on his list. Granted, why should entertainment be trivialized, it is as valuable to us convenience, but surely not many people would agree with him.

The listed inventions are the ones that I found to feature most consistently on the lists made by me and my colleagues and lists I found on other websites. Spare me if I have missed an invention that you believe undoubtedly deserved a mention.

Invented collectively by John Bardeen, Walter Brattain and William Shockley in 1947, the transistor is, I believe, the greatest invention of the last century. The device, which is now not wider than a human hair, bears on its shoulders the entire weight of the Information Age.

Prior to its invention, computers were built with bulky vacuum tubes, which caused one to occupy an entire room. The ridiculous scalability of transistors or semiconductor technologies, in general, enabled us to pack more transistors into smaller volumes. The result was smaller, faster and cheaper computers, phones, routers and basically every other electronic device in your sight.

Transistors are to processors what neurons are to the brain. (Photo Credit: Pixabay)

Sure, computers could have continued to be developed with vacuum tubes, but I believe the gregariousness on which the Information Age prides itself would have been impossible to achieve with computers larger than my kitchen. The last computer I used was no larger than an ice cube and was strapped to my wrist. The number of interconnected devices, big or small, that transistor or semiconductor technologies spawned were so great that a new version of the Internet Protocol had to be developed. Yes, we exhausted every possible combination of numbers that constitute an IP address. That great. What would be the point of building a million devices if we lacked the oomph to power them? Without electricity, every single electronic device on this planet and those outside it are lifeless, merely an assortment of chiseled rocks.

The inclusion of fire, like electricity, is obvious. However, we must address the fact that neither are inventions, but discoveries, sort of. Whether they should be mentioned on a list of inventions is still debatable. What we actually invented were devices that would create and manipulate them at our whim, such as batteries and lighters. With fire available at the flick of our fingers, an accomplishment that Stephen Fry believes makes the lighter our greatest gadget, we could cook food, burn down forests to establish settlements and see in the dark. We take this for granted now, but every night, the paranoid, prehistoric man pined for the sun to rise and restore his feeble vision. Very few men have found themselves more elated than the first man who rubbed two stones to conjure a flame. The moment is historic, a turning point in human evolution.

Optical lenses have rescued entire populations from existing practically sightless, but I’d rather talk about a different pair of achievements. When Galileo lifted his telescope towards the sky for the first time, the light falling through the telescope onto his eager eyes illuminated the insignificance of our petty conflicts, indifferences, failures and the entirety of human endeavor.

We knew we weren’t alone; not one day did the sky not glint with stars, but we never fully realized (or perhaps refused to realize) the extent of our aloneness. We now know that we are situated on the fringes of one of the billions of galaxies that occupy the universe. Spare me the wince a cliche elicits, but the telescope truly caused a paradigm shift in both astronomy and metaphysics.

Also Read: History Of The Wheel: How Was The Wheel Invented? On the other extreme, the microscope allowed us to delve into the mysteries of the microscopic, a realm that had eluded us, despite residing right under our noses. Without the microscope, biotechnology would have never existed, as manipulating compounds and synthesizing medicines wouldn’t have been possible. Human beings are the only species that can refuse nature’s commands, the only species who can postpone death, although we can’t cheat it, yet.

When Alexander Fleming inadvertently contaminated a growth of bacteria with the green mold Penicillium notatum, he observed that the bacteria in the contaminated regions failed to grow. In 1928, he isolated the mold and synthesized it into a liquid medium. The substance then went on to terminate species of bacteria responsible for a wide range of infections, from ephemeral fevers to fatal pneumonia. Give me one reason why a drug that saved millions of lives shouldn’t be on the list.

Let me repeat: Give me one reason why a drug that saved millions of lives shouldn’t be on the list. Like I said, humans have devised ways to combat nature’s fury. One of those brilliant geniuses was Edward Jenner, who synthesized a substance in 1796 that granted immunity against smallpox and incepted vaccinology. A man getting vaccinated.

Then, in 1885, Louis Pasteur developed a vaccine for rabies. Developments ensued and a couple centuries later we have developed vaccines for the plague, tuberculosis, typhoid, polio, measles, mumps, rubella and many others. These vaccines have definitely saved lives, possibly billions!

Personally, I believe the printing press is the greatest invention, but then, being a book fanatic, I might quite shamelessly, be biased. Invented by Johannes Gutenberg around 1450, the printing press put an end to the toilsome task of writing the original… and then every single copy. The printing press marks the original Information Age, in which information, albeit only in text form, could be exchanged copiously. Knowledge or wisdom became as accessible as sunlight, but the invention is revolutionary because it also made knowledge cheap: Fibonacci’s Liber Abaci, which delineated the decimal system, Newton’s Principia Mathematica, probably the most groundbreaking scientific text ever written, Shakespeare’s timeless King Lear and, of course, the Bible, couldn’t have been universally read if they weren’t so zealously printed.

No list of the world’s greatest inventions can be complete without the wheel. It regularly competes with fire and electricity for being crowned the greatest invention of all time. The wheel, like fire, is often taken for granted, but the creation of the wheel-axle system is a work of divine genius.

No one knows who invented the wheel, but whoever it was had the intelligence to first realize that pushing a circle along its circumference is far easier than pushing a square and second, that the axle must be penetrated in a manner that minimizes or effectively eliminates the friction between it and the wheel. A misplaced axle will deter seamless rotation. 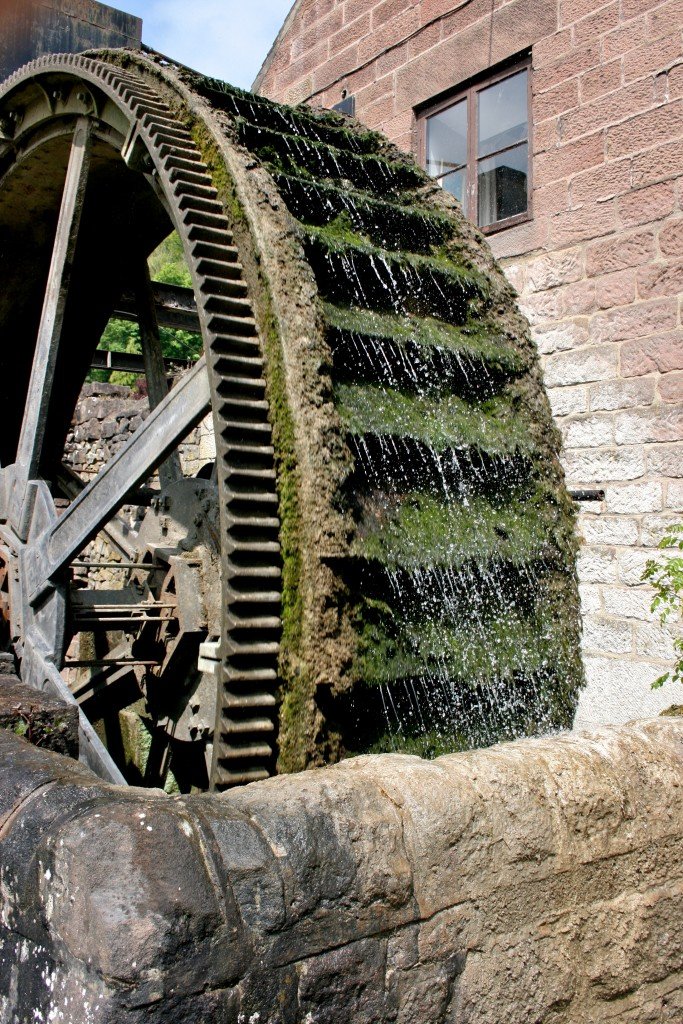 A water wheel is a machine that converts the energy of flowing or falling water into forms we can later use. Image Credit: Wikimedia Commons

The wheel’s primary contribution has obviously been making transportation easier, but it would be ignorant to not mention the others. The wheel is everywhere. Its beauty, what underlies its ubiquity is, of course, its shape. The circle is used as intricate cog wheels in watches, as drivers of conveyor belts in industries, as bases for pottery that allowed us to make vessels to store water and food and therefore settle away from water, and perennially, as a metaphor for life.

The steam engine, without which the progress of the agricultural and industrial revolution would have been impossible, deserves an honorable mention. These revolutions shaped the physical landscape, as well as the social and political ideologies of the 18th, 19th and early 20th centuries. The steam engine made us rethink our notions of power, energy, efficiency and wealth.

Also Read: 7 Little-Known Inventions You Should Know About Being ineffably social creatures, the telephone was also a blessing. The telephone in the past, and the Internet now, have liberated us from the constraints imposed by geography. Finally, many lists include airplanes or rockets, for they actualized an age-old dream.