The light bulb works by heating a filament inside a glass enclosure. The heat from the filament produces light. Different materials have been used for the filament over the years. Tungsten has a high melting point and can be heated to high temperatures without blackening the glass.

Thomas Edison invented many things, but the light bulb wasn’t one of them. Edison didn’t labor through a supposedly 1000 attempts to invent the bulb, but actually refined a cruder, pre-existing model. The first bulb or artificial source of light is actually known to be invented by Ebenezer Kinnersley in 1761. It was only a thread of wire that, when heated to a certain temperature, became incandescent.

This was truly revolutionary. Over the course of the following century, what inventors were searching for was a construction that was cost-effective and was able to emit intense light for hours, but at a minimum expenditure of energy. Their expectations were no doubt quixotic. The ideal bulb would be cheap to construct, it would glow bright white for more than a thousand hours, while dissipating the minimum amount of undesired heat. 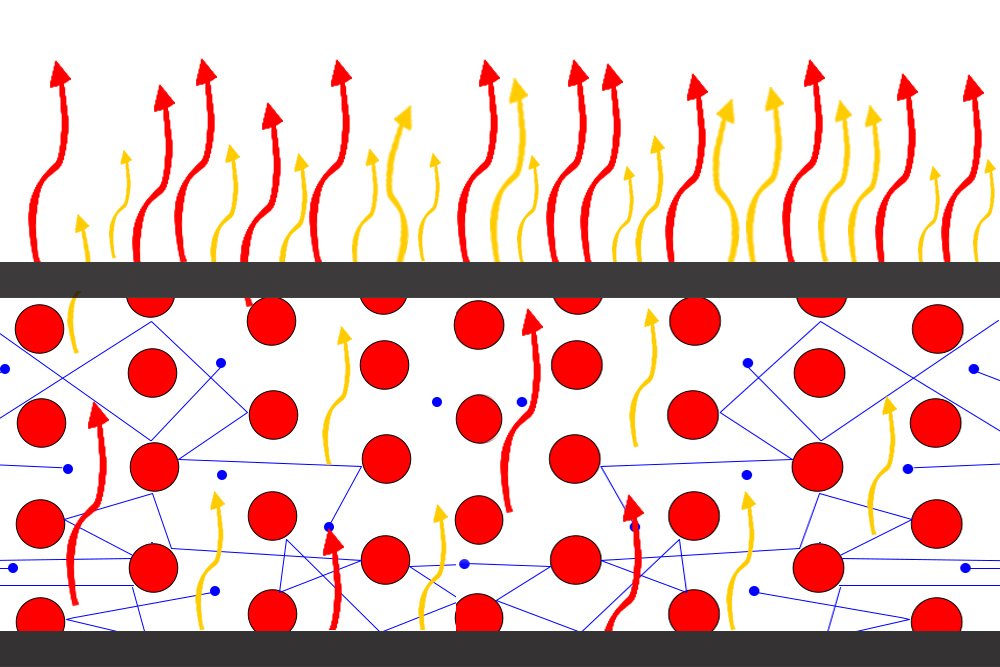 As time passed, the lone wire was soon sheltered by a glass dome. The first construction consisted of a platinum wire in one, for the metal exhibits a very high melting point. Metals like platinum glow when subjected to electricity due to the thermal energy they produce when their electrons, driven by the electric field, randomly collide with the surrounding ions. This resistive heating is analogous to frictional heating and is technically called Joule heating.

However, while the heated filament didn’t melt, it wasn’t bright, nor did it last long enough to be commercially sold. Furthermore, as the filament was heated, the platinum would evaporate and stick to the insides of the glass dome, blackening it entirely. The evaporation would eventually cause the platinum to exhaust.

One possible substitute was carbon. When a carbon filament is subjected to electricity in a vacuum enclosed in glass, it burns much brighter. What’s more, the vacuum ensures that the carbon atoms don’t react with any gas, thus stretching the filament’s life. This delays evaporation and therefore prevents the blackening of the bulb. 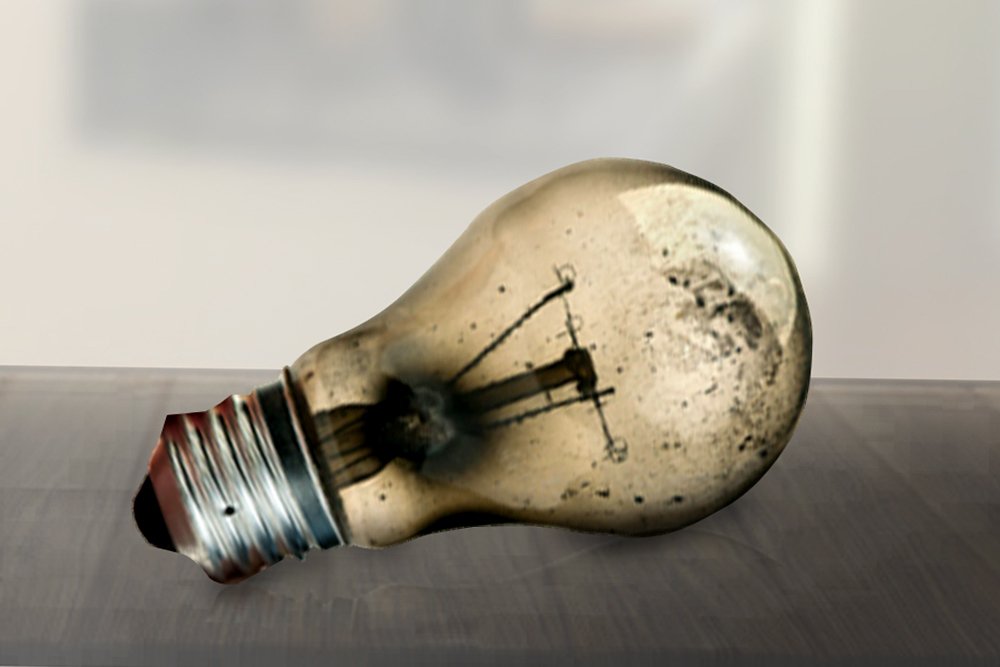 Edison used the same construction, but with minor improvements. His heat-treated carbon bamboo filaments would cause the bulb to glow for more than 1000 hours! Edison is credited with the invention of the bulb because his model was viable for commercial use. His patented technology was manufactured and distributed to entire cities. In 1904, however, carbon and platinum filaments were replaced by tungsten filaments.

Tungsten has an astonishing melting point of around 3400K, which allows us to heat it to at least 3000K, a temperature at which the luminosity produced is staggering. Since then, tungsten has been exclusively used to construct incandescent bulbs. Unlike Edison’s carbon-filament bulb, tungsten bulbs aren’t sequestered in a gas-free vacuum, but rather in vacuum-sealed hard glass filled with an inert gas, such as argon. The evaporated tungsten collides with the molecules of the inert gas and is reflected back onto the filament.

However, the rate of evaporation is greater than the rate of reflection if the tungsten is heated to higher temperatures. This would be required if you wished to make the bulb brighter. To avoid premature blackening and achieve longevity, we must compromise brightness and heat the tungsten to lower temperatures. This is why the incandescent bulbs in your house glow yellow, rather than a blinding white.

The bulbs that do glow blinding white are halogen bulbs. A halogen bulb also consists of a tungsten filament, but the bulb is filled, as its name suggests, with a halogen gas. Just like the inert gas in a yellow bulb, the halogen gas elongates the bulb’s life by reacting with the evaporated tungsten molecules and re-depositing them onto the filament.

However, because the rate of this reaction and redeposition is greater than the rate of evaporation, even at very high temperatures, tungsten filaments in halogen bulbs can be heated to blazing temperatures with a reduced risk of blackening. The light produced is therefore not yellow, but a stark white. Considering the dangerous temperatures, the material sheltering the apparatus is not merely hard glass, but a robust fused quartz. 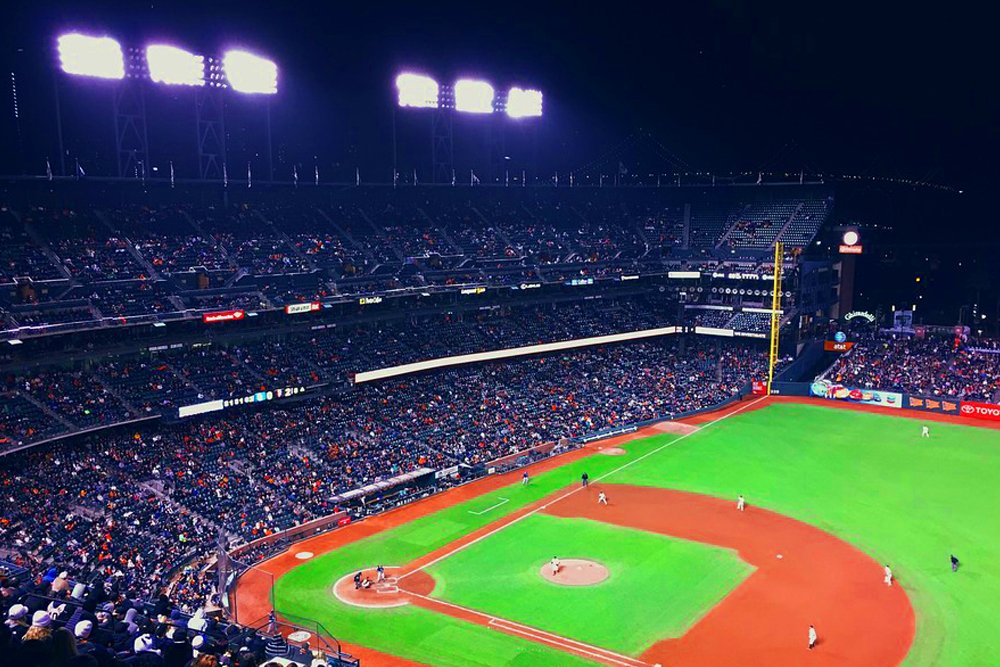 The major drawback of a yellow bulb is its inefficiency: almost 95% of the energy is dissipated as heat. On the other hand, a halogen bulb is superiorly efficient and runs much longer than yellow bulbs. It is therefore no wonder that halogen bulbs cost more than incandescent bulbs. While halogen bulbs do make an appearance or two in households, they are most commonly found in stadiums, mounted in grids on soaring posts. At their maximum intensity, the grid’s artificial white light mimics the sun’s white light, generating a more “natural” setting.

However, to produce their characteristic white light, halogen bulbs are required to operate at dangerously high temperatures. If you were to touch one of them, there is a good chance of being scarred for life. The temperature also makes these bulbs potential fire hazards. Other than the ideal qualities listed above, let’s not forget the bulb should be safe to use and meets the increasingly urgent requirement of being environmentally friendly.

On the other hand, Compact Fluorescent Light (CFL) bulbs pose a marginally smaller risk of fire and are more efficient and long-lasting than both incandescent and halogen bulbs. While halogen bulbs can last up to 5,000 hours, CFLs are known to last as long as 8,000 hours. 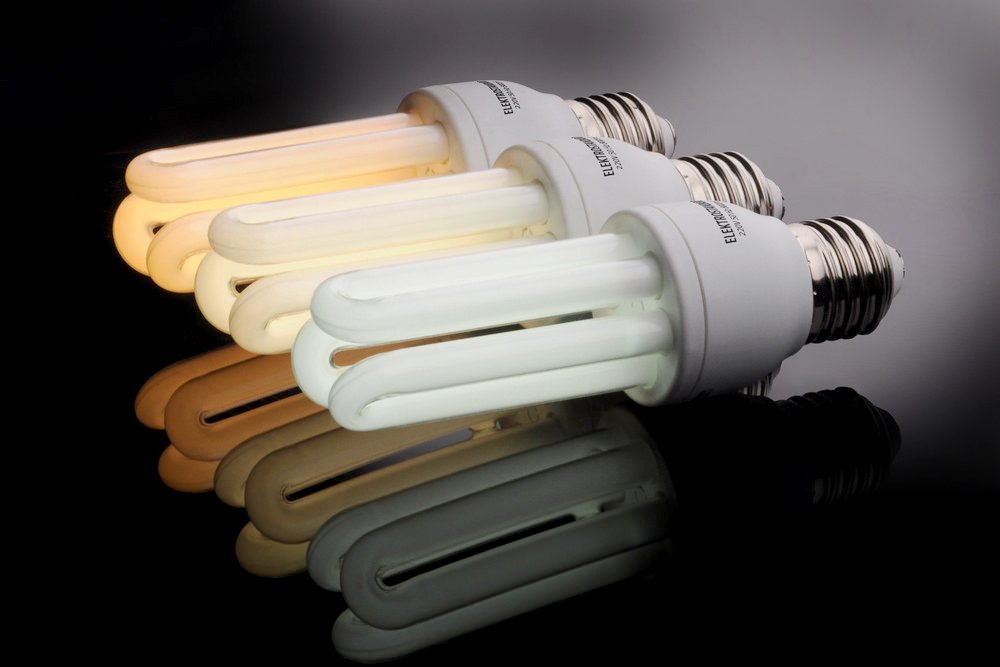 CFL bulbs contain mercury gas, which is converted to plasma when a high current passes through it. The reaction produces ultraviolet light, which our eyes are incapable of detecting. However, when this light interacts with the fluorescent coating inside the bulb on its way out, it is converted to bright white, visible light. Mercury, we know, can be lethal, but the volume of mercury in a CFL bulb is 100 times less than in a thermometer. Of course, CFLs cost more than halogen bulbs, which means they cost much more than incandescent bulbs.

Subsequently, as the technology burgeoned, efficiency enhanced many-fold. In the last 50 years, electronic technologies have been revolutionized by the advent of semiconductors. Today, our best bet is a Light-Emitting Diode (LED), one of the first offsprings of this revolution.

Two blocks of semiconductors, one comprising more electrons than the other, can be coalesced to form what is called a p-n (positive-negative) junction. When a voltage is applied to this junction, the electrons from the excessively negative block are pushed towards the positive block. When these electrons occupy the vacancies inside the neighboring block, they are relegated to a lower level of energy. This lost energy is released as light. 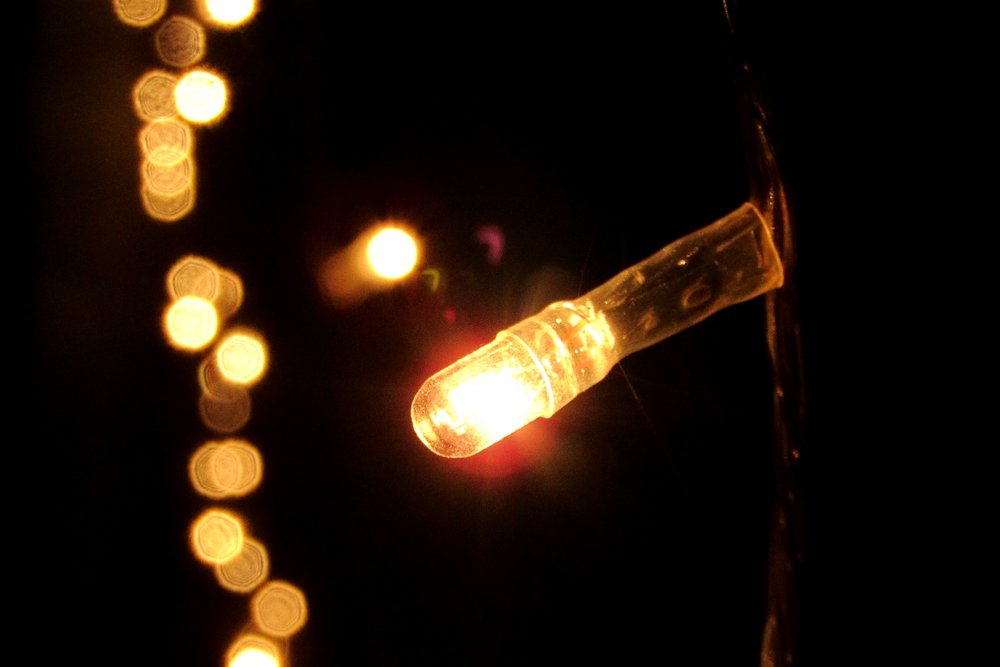 LEDs are 75% more efficient than CFLs and can last for more than 15,000 hours! What’s more, because the mechanism lacks any joule heating, they guarantee equal or greater luminosity with absolutely no risks of fire hazards! But then, what’s the catch?

Well, LEDs are the most expensive of the lot. However, what consumers fail to realize is that the cost is justified. In fact, one tends to get more than one bargained for. In the long run, LEDs are surely the most lucrative choice, not only because they are more energy-efficient and long-lasting, but also because they’re the easiest to dispose of. Amongst the four technologies, LEDs are the most environmentally friendly.

Also Read: Why Are LED Lights So Energy-Efficient? 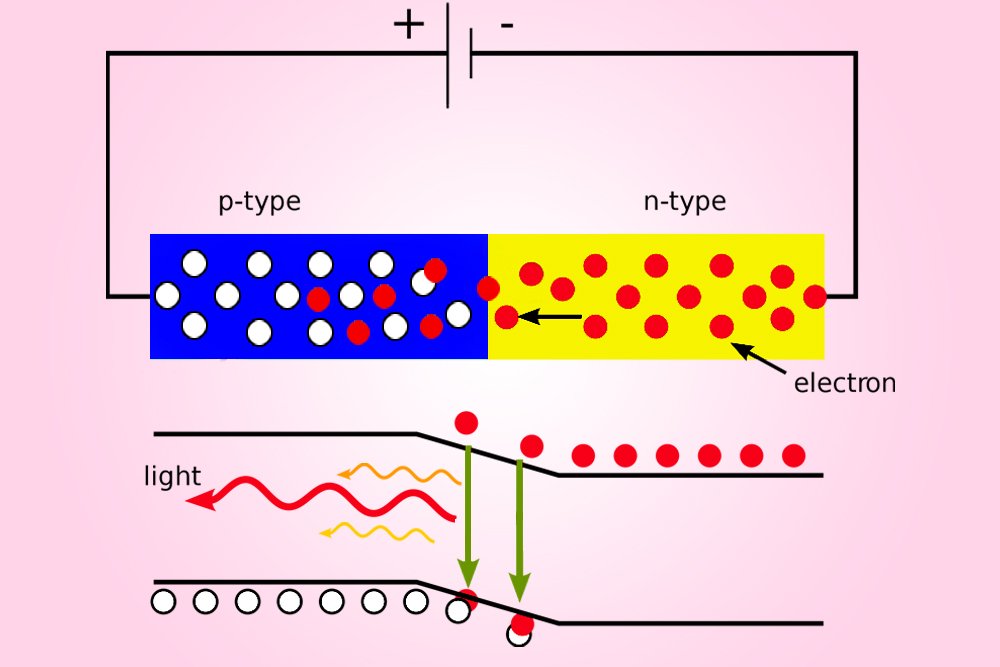 Lastly, an LED, unlike the previous three bulbs, is much more than an artificial source of light. The ridiculous scalability of semiconductors and their meager energy demands have combined to form a device that can be easily integrated with other circuits to develop far more comprehensive projects. Semiconductors are truly the gifts that keep on giving, so who knows what we’ll get next!