A fuse is a device that protects a circuit from excessive current by melting and thus opening the circuit when the current exceeds a certain threshold. The fuse is connected in series with the circuit so that the same current flows through every component. If the current through the circuit surges, the heat generated by the current will cause the fuse to melt, “opening” the circuit and preventing the current from damaging the other components in the circuit.

The word “fuse” is derived from the Latin word fus, which translates to ‘poured’ or ‘melted’, which makes sense, given that burning up is the entire purpose of a fuse.

How Does a Fuse Work?

When a current courses through a conductor, the resistance offered by the conductor is dissipated as frictional energy in the form of heat. Electric heating is the working principle of a bulb. The heat generated by the tungsten filament hanging in your bulb is so tremendous that it radiates not infrared, but visible light. Similarly, if the current through your computer’s motherboard dramatically surges due to a fluctuation, or because the circuit somehow shorted, or due to excess load, the excess heat generated could damage its components, or worse, set the entire board ablaze.

To avoid this, we use a fuse. A fuse is simply a zinc, aluminum or copper wire with a reduced cross-sectional area held taut between two terminals. The apparatus is enclosed in a noncombustible cylinder composed of ceramic or any other fiber. The fuse is then connected with the circuit in series. This is done for the simple reason that, in series, the same current is fed to every component. In fact, the fuse is the very first component through which the current flows in a household, industrial or any other circuit that draws a huge amount of power. 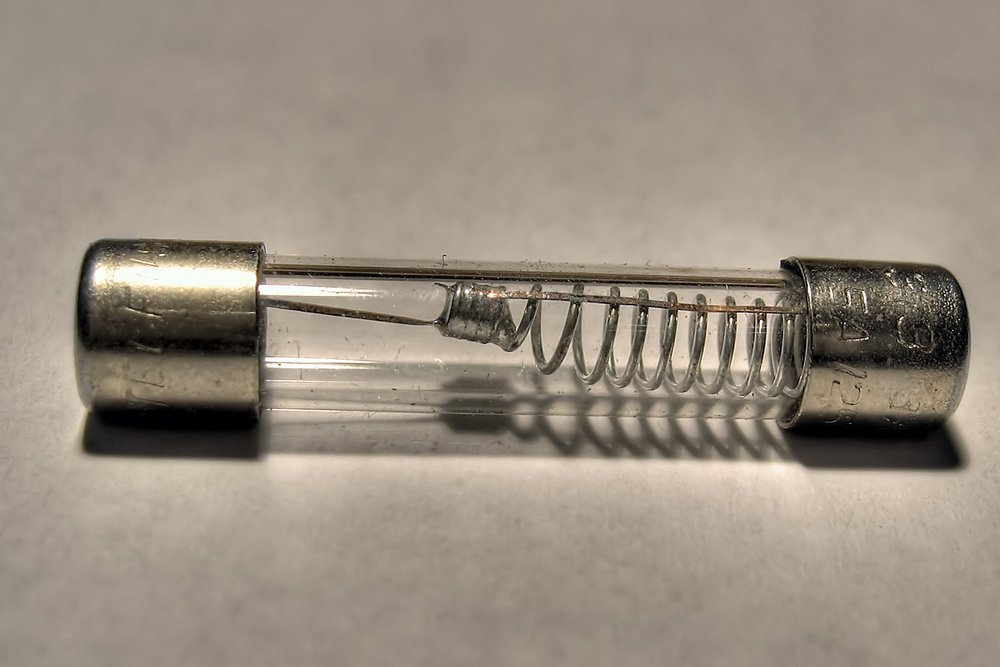 As the increased, potentially dangerous current flows into the circuit, it first encounters the fuse, which is so weak that the excess heat generated by the excess current causes it to melt. Components in series are like houses aligned in a circle connected to the same pipe. If the pipe is blocked by any single house, the rest of the houses are deprived of water, or the circuit is not completed. The fuse is the very first house, so when it melts, the pipe is broken and the rest of the components never receive the excess current. Contrary to shorting, this actually “opens” the circuit. Basically, the fuse sacrifices itself to protect the circuit. 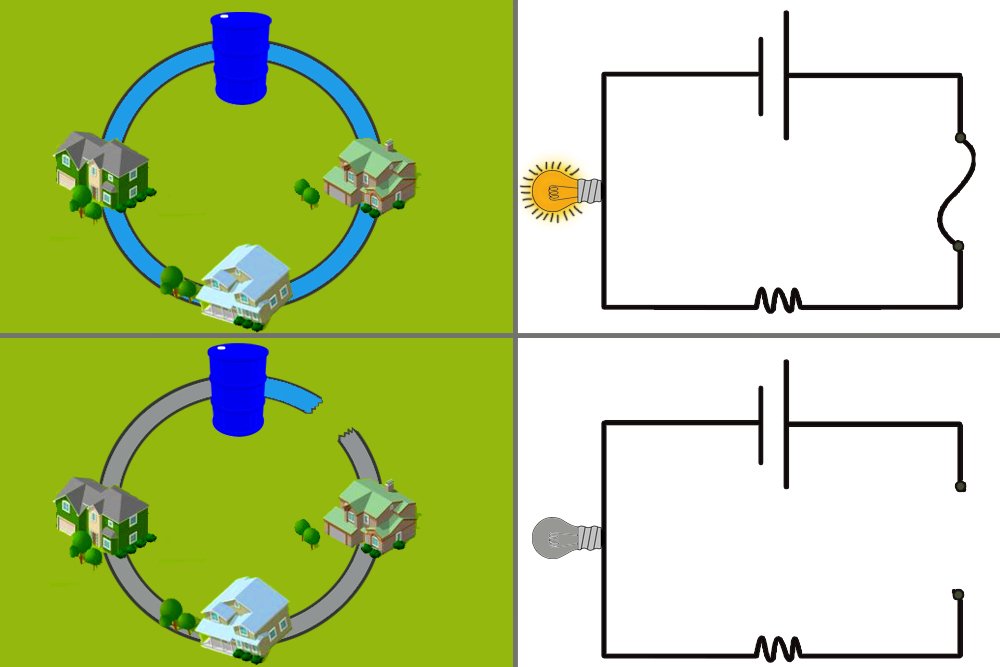 The fuse could be placed in the second or the third house as well, but that would obviously be terribly foolish; why waste even a single, precious component? Either a fuse can be installed at the beginning of the circuit, or every component in the circuit can be provided with its own fuse. That being said, fuses aren’t as simple as I’ve just made them seem.

For this reason, it’s quite difficult to design a fuse and determine its characteristics, namely, the amount of current or voltage it should consume, its “tipping” point, after exceeding which the resulting heat melts it, its response time and its ability to endure heat. 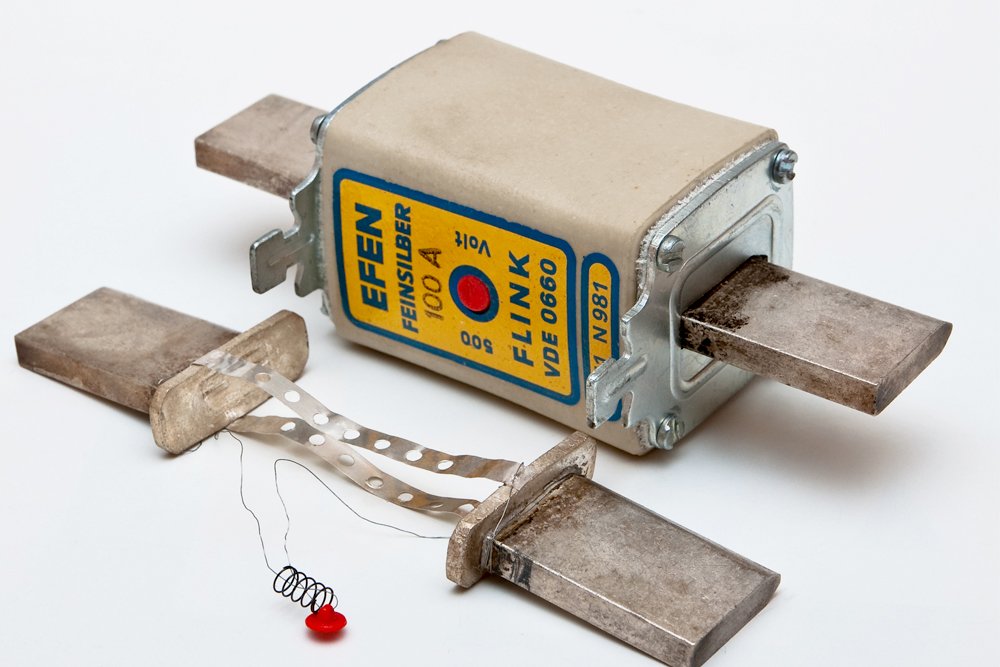 For instance, if a circuit must operate at a stable current of 5A, should the fuse melt when a current of 6A passes through it? Certainly not in the Sahara, where the temperature alone would heat it as much as a current of 6A would, thereby causing a “nuisance” or an uncalled melting. However, if the tipping point is generously raised, say, for the same circuit, so that it melts for a current of 10A, the fuse will usher in currents of a magnitude lying between 5A and 10A that may be potentially dangerous for a feeble component: an LED will definitely explode at 8A.

This dilemma can be resolved only through rigorous tests and experiments. For instance, the ratings of low-voltage fuses are standardized by the International Electrotechnical Commission (IEC). The four-volume standard describes the requirements of fuses used in various industries, offices and residence types to protect materials, including information on insulators, conductors or semiconductors. All fuses applied in different technologies must adhere to these standards, and therefore have similar time-current characteristics. This remarkably simplifies design and maintenance. 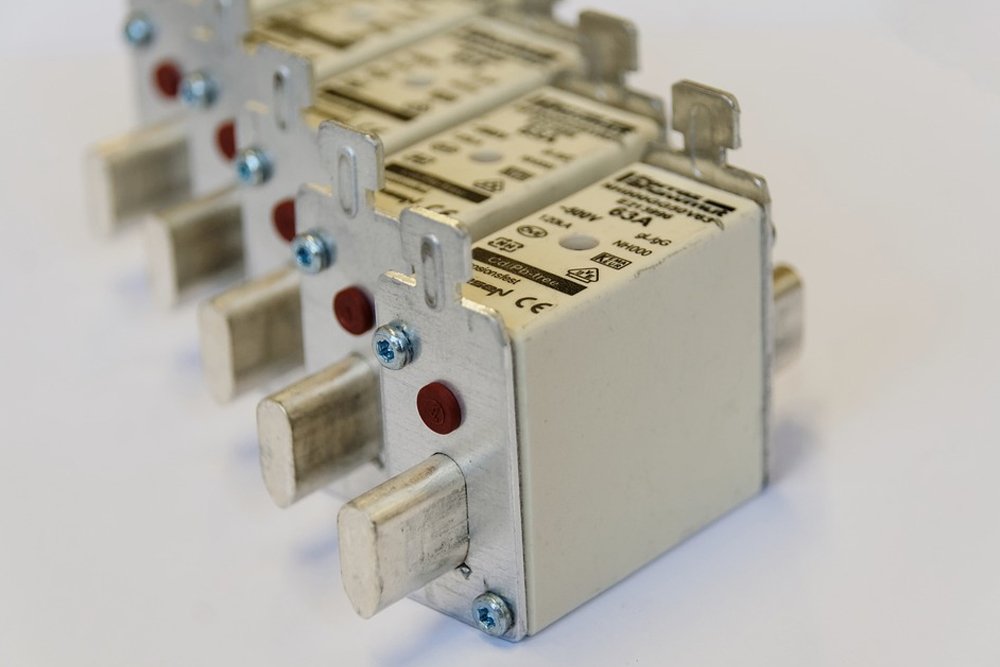 There’s a consensus that a rating of 25% is suitable. So, for a current of 7.5A or lower, a fuse rated at 10A suffices. However, ratings for a device that is based electric heating itself, such as a bulb or a toaster, are usually higher, since it not only draws a lot of power to function, but the heat it generates also risks speeding up the fuse’s demise.

Once a fuse melts, it ceases to be useful. The melted fuse must be replaced with a new one. However, removing a fuse is known to be dangerous. First, it must be ensured that the circuit is isolated, and second, removing a fuse from a very tiny circuit, such as a motherboard, puts the functioning of its other components at risk. For this reason, some engineers prefer to use an alternative.

One can use a PTC fuse, or what is commonly called a “resettable” fuse. PTC stands for Positive Temperature Coefficient, which means the resistance of a device that exhibits a PTC increases with an increase in temperature. However, a PTC fuse’s resistance doesn’t just climb, it rockets upwards. As soon as the temperature exceeds a certain threshold, the resistance shoots up so rapidly that the hazardous current is unable to surpass the device. 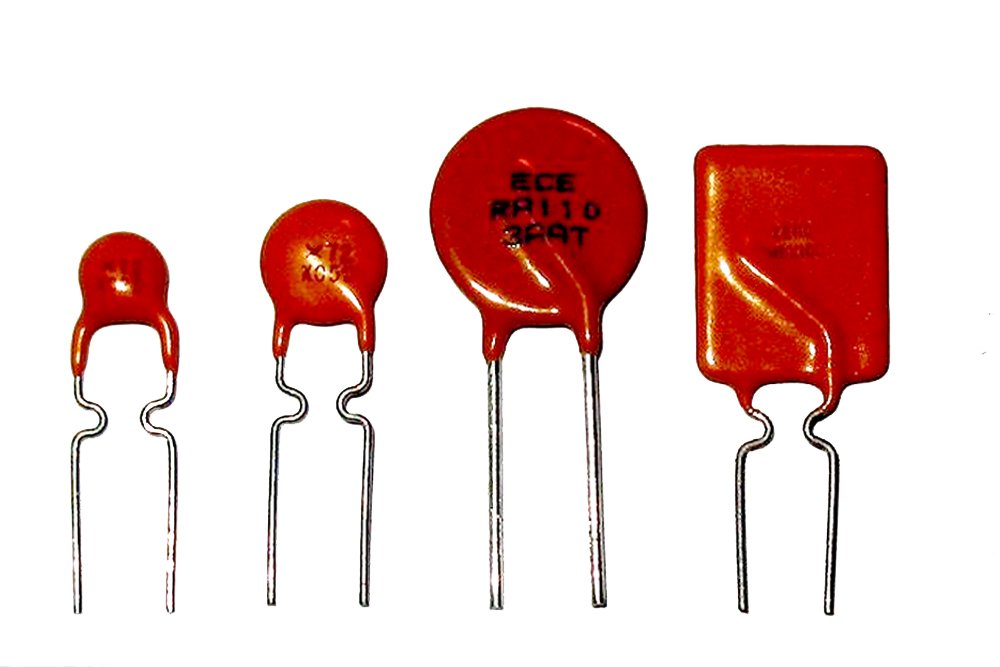 However, the device isn’t technically a fuse, as it doesn’t melt, but its high resistance renders it insurmountable. In fact, as the power is turned off and the device is allowed to cool, the resistance decreases and it becomes just as good as a new fuse. This is why it’s so generously called “resettable”.

Since PTC fuses do not have to be replaced, they are widely used in nuclear, aerospace and microscopic technologies, areas where replacing components can be a daunting task. Now, while they are convenient, PTC fuses do have their own disadvantages. First, they are incredibly sensitive to changes in temperature, which could lead to fluctuations even at room temperature. Second, remember that they don’t crack open a circuit, but merely increase its resistance. This can be undesirable in certain applications.

Another alternative is a circuit breaker, which is very similar to a PTC fuse in the sense that it can be restarted. However, a circuit breaker is relatively slower than a traditional fuse, a shortcoming that can prove to be costly if expensive equipment is on board. 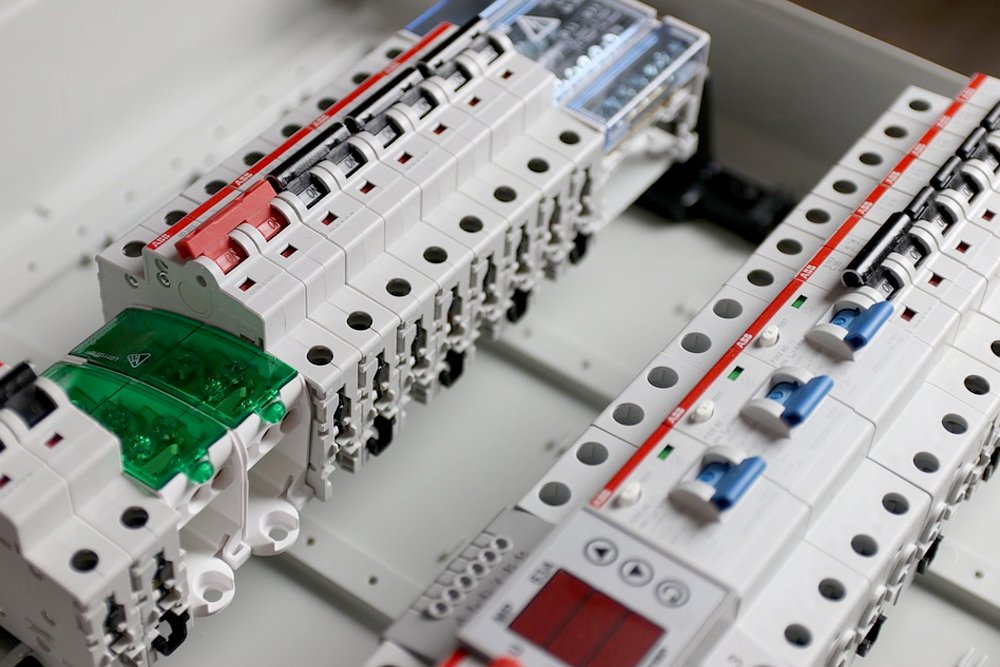 Today, there are several varieties of fuses, each differing in their construction, in their ratings, in their responsiveness and sensitivity, each used for applications ranging from protection from short-circuiting to mismatched loads and connections, whether AC or DC. They are now ubiquitous in cars, embedded in which are electronics so sophisticated that they will soon be able to drive themselves. Whether industrial, commercial, residential or automotive, fuses might seem tiny and frivolous, but they have kept entire industries from crumbling to ashes and smoke, but most importantly, they have saved millions of lives.