The pencil was invented in the late eighteenth century by an officer in Napoleon’s army. The pencil is made of a mineral called graphite, which is composed of carbon. The different shades of pencils—BB, HB, HH, etc.—that we see today are obtained by tweaking the mixture used in pencil-making. The eraser was invented in the eighteenth century by British engineer Edward Nairne. The eraser is made of rubber, which is a synthetic material.

In our digital age of social media, everything seems closely monitored. As they say, the Internet never forgets. Once it’s on the Internet, it will remain there forever.

The Internet also doesn’t forgive. Ask any celebrity who has committed an unfortunate typo or posted something contentious on their page. Trolls on the Internet are just waiting to pounce on any such gaffe and make a big issue of it. They’ll bookmark it, screenshot it, archive it and do everything to make sure that miswritten content remains on the internet in some form or another. Therefore, even if an individual deletes a tweet/post/comment, the content is preserved in some form, which can then be used later, if necessary. 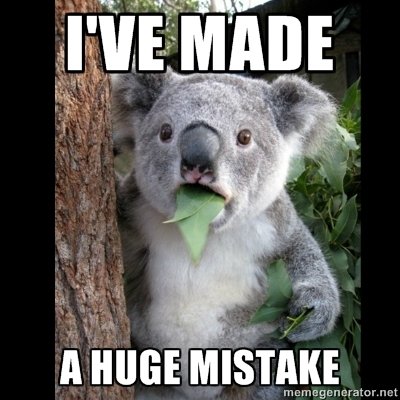 Basically, you need to be very careful about what you type on the Internet to avoid such embarrassing encounters.

All of this makes me want to return to my childhood, when life was so much simpler, when making a mistake wasn’t a crime. When we were not constantly mocked and hounded about our tiniest errors.

Back then, any error could simply be erased, thanks to our trusted pencils—the writing tool for most children growing up.

However, with the advent of digital devices like tablets, smartphones and smart screens, the pencil and eraser are becoming less popular. For millennials, boomers, and earlier generations, however, the sight of a pencil and eraser triggers undeniable nostalgia, even if you don’t fully understand the production or function of these rudimentary tools.

Most people believe that pencils are made from lead, but this isn’t quite right. Although we call the black stuff with which we write “pencil lead”, pencils are actually made of a mineral called graphite, which is composed of carbon. 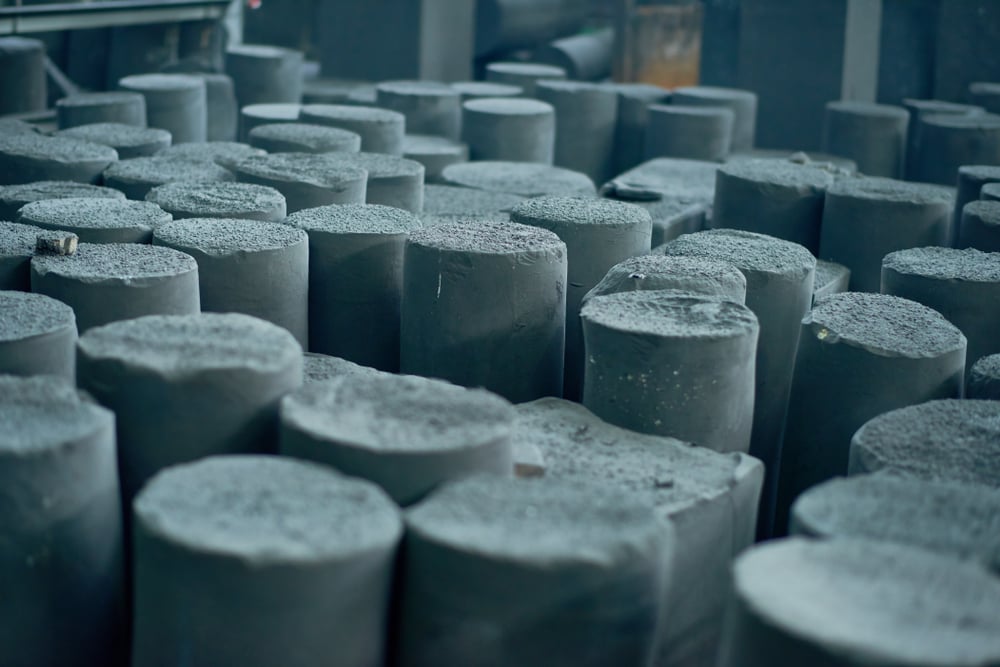 Interesting history behind the discovery of pencils

The story of the discovery of graphite for use as a pencil is quite interesting. During the late middle ages, in a village called Borrowdale, in England, a group of locals saw a few uprooted trees. Upon investigating further, they found strange dark matter underneath. They started fiddling with it and discovered that this lump of dark solid material tended to leave marks behind. This strange material was graphite.

One of the group members had the idea that this dark solid substance could be used to tag sheep so owners could record and track their herd. This discovery by those curious locals paved the way for the modern pencils still in use today!

How does a pencil work?

Isn’t it strange for something solid, like graphite, to leave its color behind? The answer to this lies in the physical property of graphite. As mentioned earlier, graphite is made of sheets of carbon layers. These layers nicely stack over each other, and are held together by a weak atomic bond. When we use it as a pencil, the sheet of carbon from the cylindrical pencil rubs off and gets deposited onto the fibers of the paper on which you are writing. These deposited flakes cling to the fibers of the paper and firmly remain there, if left undisturbed.

Evolution of the pencil

After people started to used graphite for demarcating things, they realized that it’s a bit messy to deal with graphite directly. Using raw graphite would stain one’s clothes and make your hands dirty. Subsequently, they came up with an idea of sharpening one end of the graphite block and covering the slab of graphite, such that just its tip was uncovered.

In the late eighteenth century, an officer in Napoleon’s army came up with a more advanced design for the wooden pencils we see today. He roasted a mixture of water, clay, and graphite at approximately 1900oF and then allowed the mixture to cool down. Then he encased this mixture in a long cylindrical wooden covering. This is how the wooden pencil came into being! The different shades of pencils—BB, HB, HH, etc.—that we see today are obtained by tweaking this mixture used in pencil-making. For example, when you increase the quantity of clay, the shade of the pencil comes out lighter, whereas if you increase the proportion of graphite, the shade comes out darker.

With an average pencil, you can write about 45,000 words or draw a line roughly 35 miles long before it runs out. If you plan on testing this estimate by writing a 45,000-word story with a single pencil, chances are good that you will make quite a few mistakes along the way. To err is human, so it’s a good thing that you can correct your mistakes without leaving any proof of your error behind, provided that you have an eraser, of course! 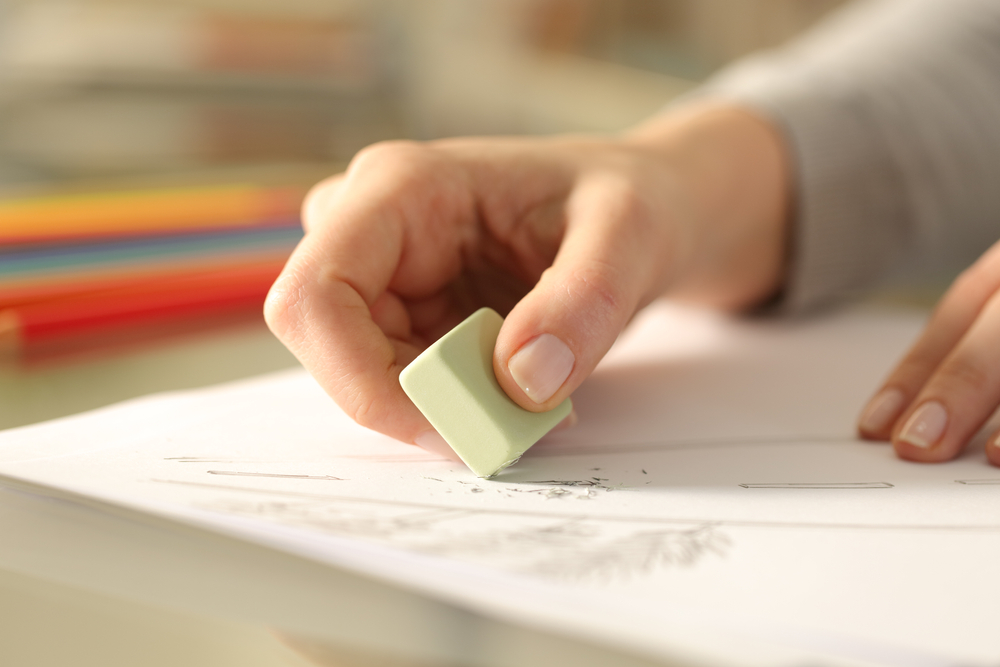 Woman using an eraser to rub off a pencil sketch (Credits: Pheelings media/Shutterstock)

How does an eraser work?

The functioning of an eraser is based on a common principle that we constantly experience in our everyday life: friction. It’s only because of friction that we are able to walk on the ground. It’s also what causes your hands to heat up when you rub them together, among so many other examples. Erasing happens because of the friction that develops between the eraser material and the paper. Thus, when you rub an eraser on the paper, the resulting friction produces heat. This helps the eraser become quite sticky, stickier even than the paper, so it attracts the graphite particles from the pencil onto itself. The rubbing action dislodges these graphite flakes from the fiber of the paper.

Eraser leverages friction to lift pencil flakes from the paper

A brief history of erasers

Erasers, like those used on the backs of pencils, have an interesting story behind their invention. When earlier humans used pencil in the form of cloth-covered graphite, they also discovered that moist bread could erase pencil marks. Thus, a slightly moistened and balled up piece of bread could be readily used as an eraser. This all changed after an accidental discovery by British engineer Edward Nairne in the eighteenth century. Nairne inadvertently picked up some rubber instead of breadcrumbs, and to his pleasant surprise, the rubber eliminated the pencil imprint! He was smart enough to realize the business potential of using a rubber eraser, as erasing using bread was really a “crummy” process. He began selling natural rubber erasers for a few shillings, which was a very high price at that time. This natural rubber eraser was made from latex, a substance released by certain trees as a chemical to dissuade insects from eating plants.

That’s the science and history behind the discovery of two popular stationery items: pencils and erasers. One thing that this perfect pair teaches is that we shouldn’t be afraid to make mistakes. Instead, we should learn from them, and shouldn’t hesitate to correct them when required! 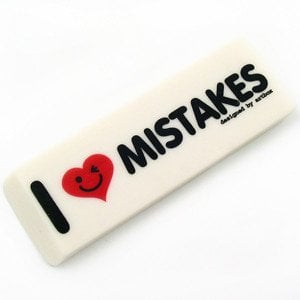 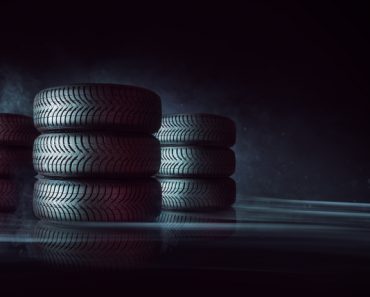