Imagine that you could swap your soul with your favorite athlete for the Olympics next year. Which medal would you dream to win? The obvious order of your choices would be gold, silver and then bronze. You would definitely be happy if you won bronze, but you’d be happier if you won silver, and the happiest if you won gold.

However, if you’re a sports enthusiast, you may have frequently observed that athletes who win silver look less happy than those who win bronze. This may seem like a subjective judgment, but research agrees!

Silver medalists often pout or look glum, while bronze winners are all smiles. McKayla Maroney’s ‘unimpressed look’ upon winning silver in the London Summer Olympics in 2012 went viral on the internet, and even became a meme! Why do you think was she scowling? 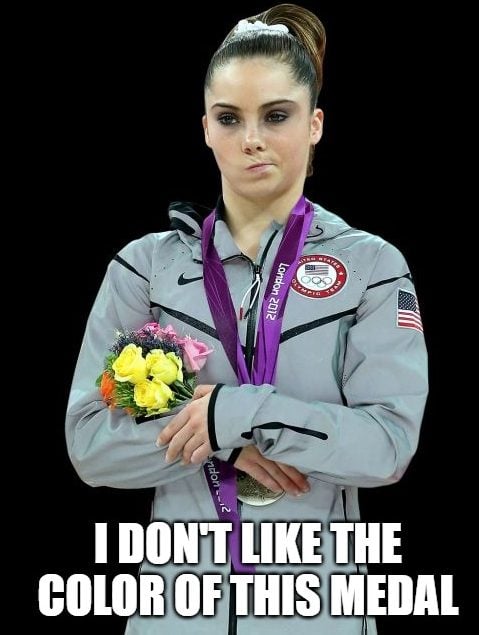 While this definitely isn’t the reason she looks so unimpressed, the logical question that comes to mind is – although the rank of a silver medal is higher than that of a bronze medal, why do athletes who win a bronze medal look relatively happier than those who go home with the silver?

A valid point to consider while answering this question is that the silver medalist has gained the second position by losing a match to the player who won the gold medal, while the bronze medalist secured the third position by winning a match against the person who finished in fourth place. This plays a huge role in deciding the immediate reactionary emotions of the players.

The tennis women’s singles of the Rio 2016 Olympic Games, for example, had a very interesting final match. Monica Puig and Angelique Kerber played almost equally well in the first set, but Kerber began to limp by the end of it. The really long medical timeout didn’t help either; she broke early in the second set. The decider, too, was a disaster for Kerber, as Puig dominated from start to finish and won, 6-4, 4-6, 6-1.

On the other hand, Petra Kvitova won the bronze medal after a tough match. She was under a lot of pressure to prove herself, since she hadn’t advanced beyond the third round in any of the three previous Grand Slams. Undoubtedly, winning the match meant a lot to her.

Their expressions say it all! However, there are many Olympic events (such as swimming or gymnastics) in which the athletes gain their positions not by specifically winning or losing against one person, but simply based on how well they do in comparison to the group of competitors. How can we explain their reactions to winning silver or bronze in such events? Why do athletes who finish third look happier than those who finish second?

Primarily, this happens because the level of happiness is decided more subjectively than objectively. Let’s see what this means.

What Determines Your Happiness?

For example, a 5% raise at work would brighten up your day, unless you had expected an 8% raise. It would further add to your misery if you found that your colleague received a 10% increase. Is it possible that a person who is objectively worse off may be happier than the person who is in a relatively better position? Let’s get back to our example of a pay raise in the workplace. Objectively speaking, the higher the raise received, the greater the happiness a person should feel.

How we see and judge an objective achievement also depends on how we subjectively construct it. William James, an American psychologist, observed that it is useless to a person to be the second best in the world, if he hasn’t been able to beat the one person that he had set his mind to defeat. He has placed his satisfaction in winning against that person, and if he fails to do so, to still be one of the best in the world would mean nothing (Source). 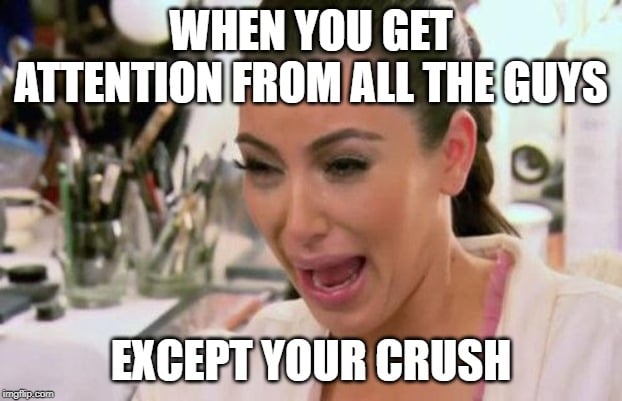 Thus, a lot of our happiness depends on whether we see something as a victory over many or a loss to one.

Another determinant of a person’s level of happiness is their thoughts on ‘what might have been’, which leads us to the topic of counterfactual thinking.

What Is Counterfactual Thinking?

Humans have a tendency to imagine different alternatives to what actually happened by thinking about situations in terms of ‘what if’ or ‘if only’. We compare what actually is with what should, would or could have been, thus dwelling in realities that are contrary to factual reality. Thus, counterfactual thinking, as the name suggests, involves our natural inclination to counter proven facts.

We often conjure alternate realities that ‘almost happened’. For example, imagine that you got a higher-than-expected return on a certain investment. This might still frustrate you if you had ‘almost chosen’ to invest in something else that produced a considerably higher return. You would think, “If only I had made the other investment instead!”

On the other hand, the bronze medal winner is relieved that they have made it to the top three! If they had finished fourth instead of third, they wouldn’t have received a medal at all. Therefore, their counterfactual thoughts slide downward, making them feel happy to have at least won bronze. Of course, it would be wrong to say that winning silver is never fulfilling. What we really mean is that the happiness felt upon taking second place is usually diluted by the disappointment of not placing first.

Regardless of who we are, we too regularly get caught up in “if only” thinking. However, we must remember that, to enjoy life to the fullest, we have to quit focusing on what could have been, and instead feel happy and grateful for what is!