Gold and silver are considered precious metals and are some of the most valuable materials on the planet because they are boring. They are rare, but not impossible to find, and they are relatively non-reactive, so they won’t rust or explode when exposed to different substances. Gold will always be king, however, because it is truly the most boring element. Even silver has a tendency to tarnish, so it does have a low level of reactivity, while gold will remain untarnished and unchanged for thousands of years.

Many children are fascinated by shiny things, and find themselves easily distracted by a glitter in the distance. The thing is, many adults suffer from the same obsession. In fact, two of the shiniest substances in the world have been attracting human beings for thousands of years. Yes, you guessed it… gold and silver.

No matter where you are in the world, you have some understanding of the value of gold and silver. They are considered precious metals and are some of the most valuable materials on the planet. The thing is… why are these two metals, of every other substance in the world, valued so highly by human beings?

Ironically, they are both so valuable because they are boring. But perhaps that requires a bit more explanation…

To clarify the statement above, no natural substance has an inherent value aside from the value that human beings place on it. What this means is, gold and silver are only considered valuable – and have been for thousands of years – because we decided it was precious. Since we are talking about “value”, it makes sense that this discussion should begin with the creation of currency.

Once societies began to form, and commerce became a more widespread phenomenon, a form of standardized currency had to be developed. Wampum, trinkets and other bartered items had previously served this purpose, but with greater societal sophistication came the need for more regulation.

Mankind had already discovered metals of various types by this point, and metals were an obvious choice over stone, since they were much more durable and able to be purified and manipulated.

When we consider all of the elements that were available to early civilizations, one can almost immediately dismiss liquid and gas forms of currency, since they would be impractical. When metals were considered, the highly reactive substances wouldn’t do much good, since coins shouldn’t bubble or light on fire when exposed to water or air. Some of the other elements are radioactive and very difficult to extract, particularly thousands of years ago. 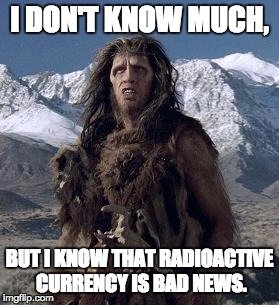 The transition and non-transition metals, a group of approximately 50 elements, were an obvious choice, as they could be manipulated and were somewhat durable. However, once again, many of these elements were difficult to extract, had incredibly high melting temperatures, making it difficult to smelt, or simply lacked longevity.

This left early humans with the noble metals, many of which are still considered the “precious metals” for jewelers and luxury-seekers around the world – gold, silver, palladium, platinum, rhodium, iridium, ruthenium and osmium. Most of these were so rare, however, that the coins would have to be very small to be able to serve as a functional currency. That would mean losing incredibly valuable coins in the holes of your pockets!

The only two elements that really fit the bill for early currencies was silver and gold. They are essentially boring metals, as we explained at the beginning of this article. They have a low enough melting point that they can be smelted, they are rare, but not impossible to find, and they are relatively non-reactive, so they won’t rust or explode when exposed to different substances.

Gold will always be king, however, because it is truly the most boring element. Even silver has a tendency to tarnish, so it does have a low level of reactivity, while gold will remain untarnished and unchanged for thousands of years. It makes sense that gold, of all 118 elements on the periodic table, has continued to be worshipped and sought after by people across the world.

Now, the story above explains why gold and silver were initially chosen as the preferred currency method for many cultures around the world, but the reason it remains so sought after is because over the millennia and centuries, despite moving into paper currency in most parts of the world, global economics was once tied to the gold standard. Essentially, the amount of money that one possessed could be traded in for gold bullion, so the decided-upon value of gold became a lynchpin for global trade and economics.

Silver had a similar moment in the sun, when it was just as precious and sought after as gold. The silver standard was also an idea in the past, meaning that a certain amount of silver could be exchanged for a certain amount of gold, which equated to a specific amount of money – or paper currency. Silver supplies were so easily affected by the discovery of large silver mines that the currency became inflated and deflated too rapidly to make it reliable. 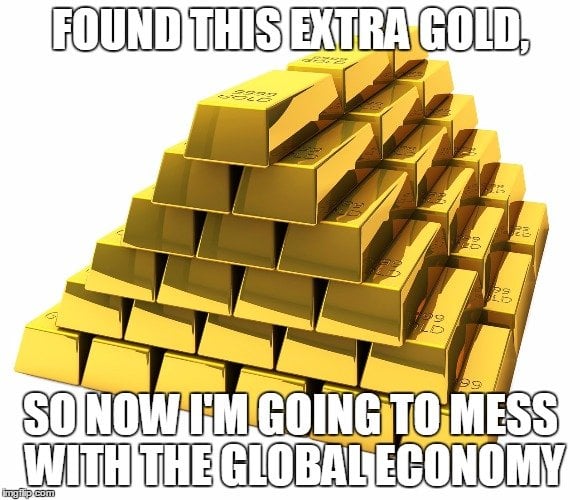 The past centuries have seen a shift away from the silver and gold standard, since it is inherently dependent on how much of these precious metals can actually be mined from the Earth (or else the currency would essentially be worthless, as nothing would be there to back it up). Gold continues to play a major role in global economics, but its value is so unstable that it remains dangerous to tie it to an economy. With such rigidity, it becomes more difficult for a country to pull itself out of an economic downturn.

Although it may be beautiful, and better than all the other elements out there when it comes to use as a coin currency, gold is not a reliable basis for global currency systems is simply false.

People will always want shiny things, just like we did when we were kids, but now, next time someone asks you why gold and silver are considered so valuable, you can tell them… being boring isn’t always a bad thing!