Noble metals are a group of metals that are resistant to oxidation and corrosion when exposed to air. Due to relativistic effects exhibited by these metals, they have the ability to be stable in different conditions.

At some point, you may have heard someone say, “He’s so noble” or ask “Did you know about this country’s noble history?”. However, we seldom hear someone say, “Look, there’s a noble metal here!” As you already know, English is quite a strange language, and the word “noble” has different meanings in different areas or fields of study. In chemistry, the term is defined as a metal that is resistant to corrosion and oxidation, while in atomic physics, the definition deals with an atom’s electronic configuration (distribution of electrons in different shells of the atom).

The 8 most common noble metals include Gold (Ag), Silver (Au), Platinum (Pt), Rhodium (Rh), Iridium (Ir), Ruthenium (Ru), Osmium (Os) and Palladium (Pd). As you likely know, the first 3 are often used in making jewelry or other ornaments. The sole reason for this is their inertness and resistance to change when exposed to air. To understand what makes these metals ‘noble’, let’s start with the basics of chemistry!

Where Are Noble Metals Located On The Periodic Table?

The periodic table was created by a Russian chemist, Dimitri Mendeleev, in 1869. It is a display of chemical elements arranged according to their atomic number, electron configuration, and similarities in their chemical properties. Today, the periodic table has 118 known elements. The elements are arranged in groups and periods based on their chemical behavior. Noble metals are located in the center of the table and belong to the group of transition metals. All transition metals have a metallic characteristic and are good conductors of electricity. 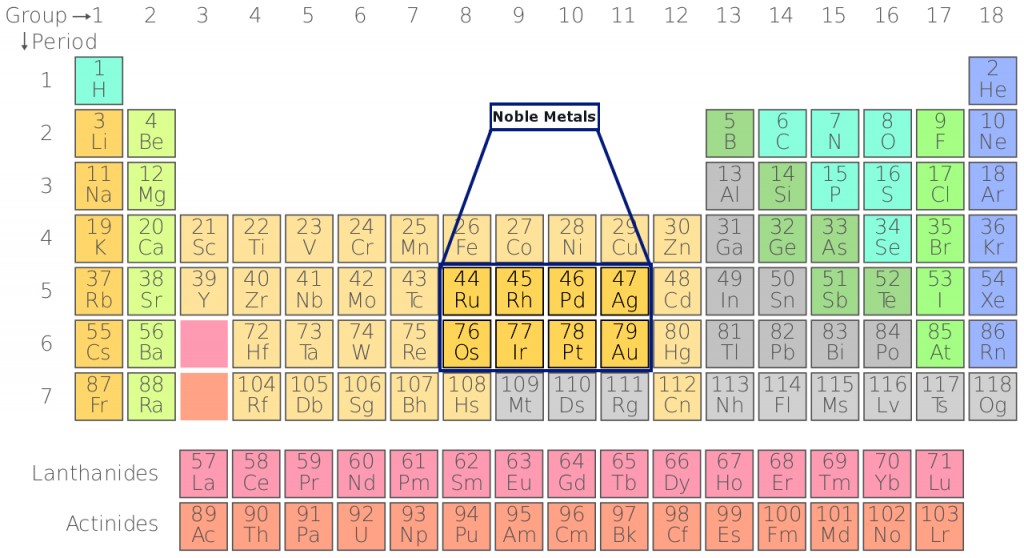 What Is The Chemistry Behind Noble Metals?

To understand why noble metals are some of the least reactive metals, it is important to know their electronic configuration. The chemical reactivity of elements is affected by the arrangement of electrons around the nucleus, which allows the atom to remain stable. Stability is attained when the element has completely filled electron shells.

At some point during one of those sleepy chemistry lectures in college, you may have across the name Niels Bohr, the man behind the Bohr model. He stated that an atom has a nucleus containing neutrons and protons, while the electrons revolve around the nucleus in electron shells at specific distances. 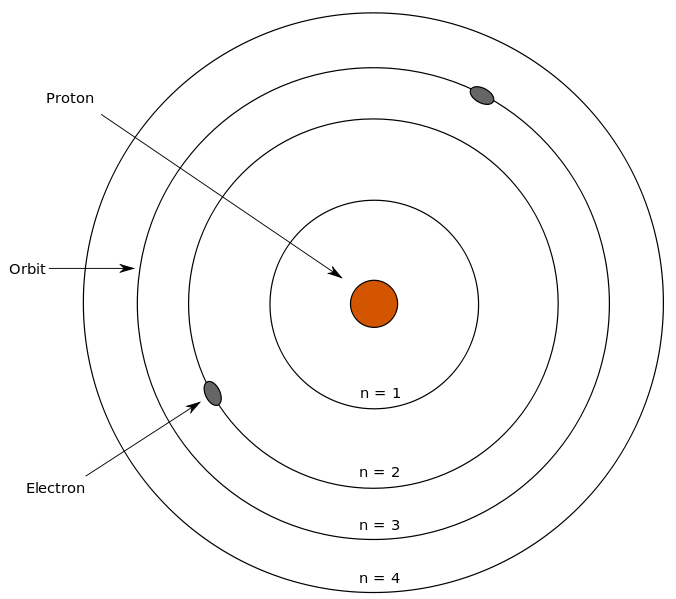 Electrons revolve in different shells and possess a certain energy level; this energy level increases as we move further away from the nucleus. These energy levels are numbered 1, 2, 3, 4 and so on. Furthermore, each of the principal energy levels or electron shells designated as K, L, M and N contain 2n2 electrons, where n corresponds to the number of the level.

Also Read: Which Is The Most Reactive Element In The Periodic Table?

The second level has 2(22) electrons= 8 electrons

That’s not all, as there are a few more basics we need to cover before going on to answer the main question. Let’s get into a few more details related to electron shells.

What Are Sub-shells And Orbitals?

Every shell (K, L, M or N) contains one or more sub-shell, and every sub-shell contains atomic orbitals. It almost feels like a scene from the movie Inception, where we move from one shell to another and another until we finally understand the chemistry behind noble metals. To simplify things, imagine electrons as the players in a game of Tug-o’-War. Each electron wants the central point of the line (nucleus) near themselves. The electrons that are farthest from the nucleus produce a great amount of energy in order to be closer to the nucleus, similar to putting the strongest players at the end of the rope in the game. However, the players in Tug-o’-War are positioned in a straight line, rather than huddling around the rope, as is the case in electron shells. 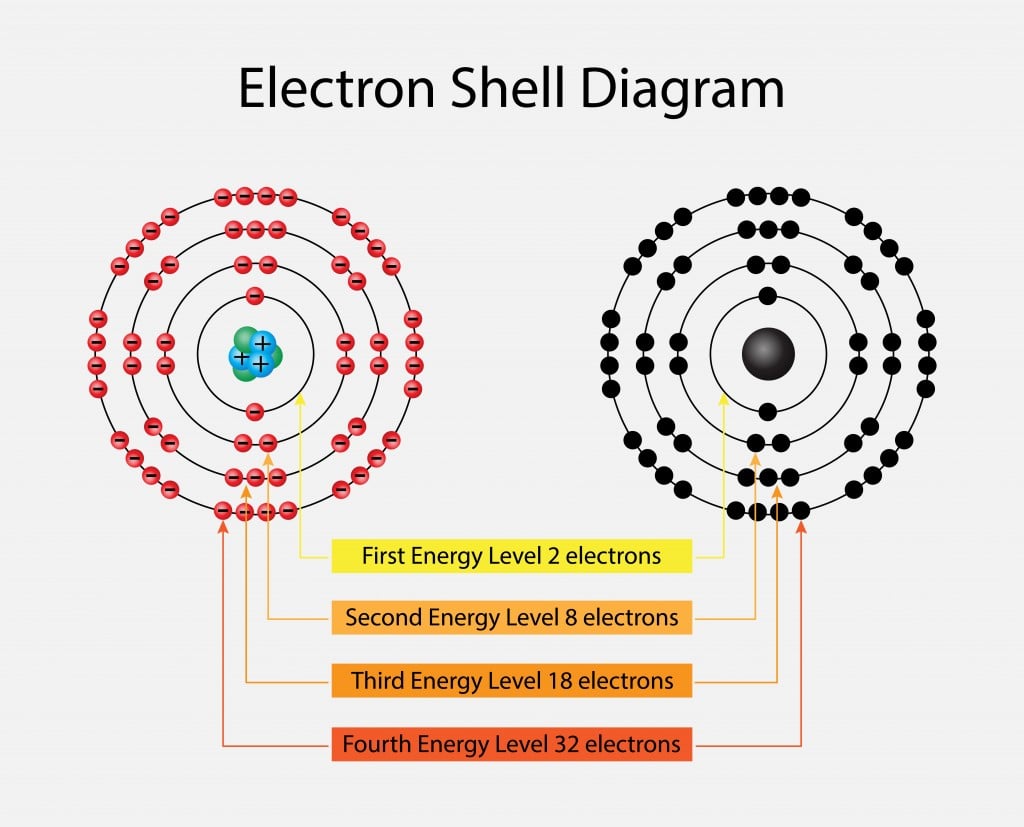 Similarly, electrons do not overcrowd the shells and follow a live and let live policy! They are well distributed in sub-shells, designated as s, p, d and f, which contain 2 or more orbitals. Every orbital contains only 2 electrons, giving rise to many orbitals in the same sub-shell. The 2 electrons spin in opposite directions in the same orbital, giving rise to an energy difference. Electrons in the orbital of the f sub-shell are more energetic than those in the s sub-shell.

Those elements with completely filled electron shells are more stable than other elements, due to the absence of valence electrons.

Why Are Noble Metals The Least Reactive?

As mentioned above, valence electrons are responsible for the ability of an element to interact with other elements and form compounds. For a better understanding, let’s narrow things down to understand the chemistry of gold. When you closely observe the electron configuration of gold (79Au), [Xe] 4f14 5d10 6s1 (where Xe stands for Xenon the closest noble gas; 4, 5 and 6 are for the energy levels and the superscript depicts the number of electrons present in each sub-shell), we see that it has one free electron in the 6th shell. Shouldn’t gold therefore be reactive, as it has one free electron in its outermost shell?

Electronic configuration of Gold with its single electron in the outermost shell. (Photo Credit : gstraub/ Shutterstock)

Also Read: Why Do Humans Value Gold And Silver So Much?

Gold has an atomic number of 79, giving it the ability to exhibit a relativistic effect. Owing to gold’s heavy nucleus, the electrons travel extremely fast, so the s electrons are bound more strongly than the d and f shell electrons. These relativistic electrons gain mass, causing the the 6s orbital to contract. This contraction results in the electron being more tightly bound to the nucleus and thus becoming unavailable for reactions. Therefore, in spite of having a free electron in its outermost shell, gold possesses the unique characteristic of resisting oxidation.

In conclusion, noble metals are less reactive to oxidation and corrosion due to their chemical arrangement and the position of the electrons in their respective shells. This allows certain metals to be used as dental castings and also in making various ornaments, without any fear of the metal dulling, corroding or reacting in unwanted ways!