Yeast is used to make bread, beer and wine. The Crabtree effect defines aerobic respiration as the breakdown of glucose to ethanol and carbon dioxide. Since ethanol is volatile, it evaporates, but leaves behind a residual amount that amplifies the flavor of the bread.

The main player in the production of bread is yeast. A single-celled unicellular organism called Saccharomyces cerevisiae is the star, and needs food, warmth, and moisture to live. But what about oxygen—how do they manage that?

Believe it or not, they can respire with or without oxygen, so long as food is available.

Now, let’s take a deeper look to better understand the presence of alcohol content in bread. 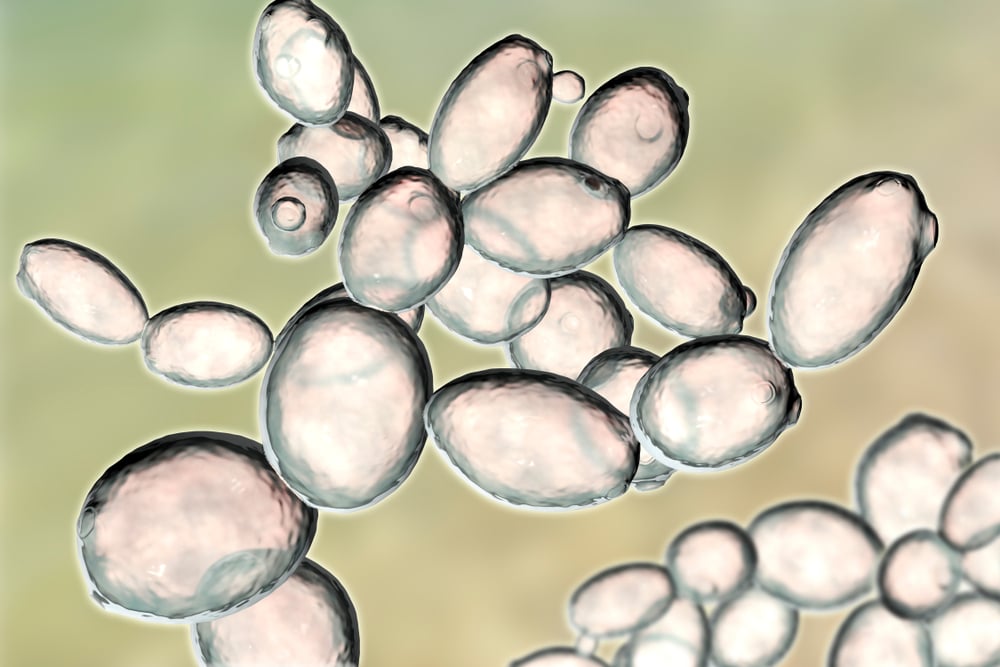 Respiration is a chemical process that happens at the cellular level to produce energy in the form of ATP molecules. The process of respiration happens predominantly in the mitochondria.

However, a less energy-efficient process can happen in the cytoplasm (the fluid present inside a cell). 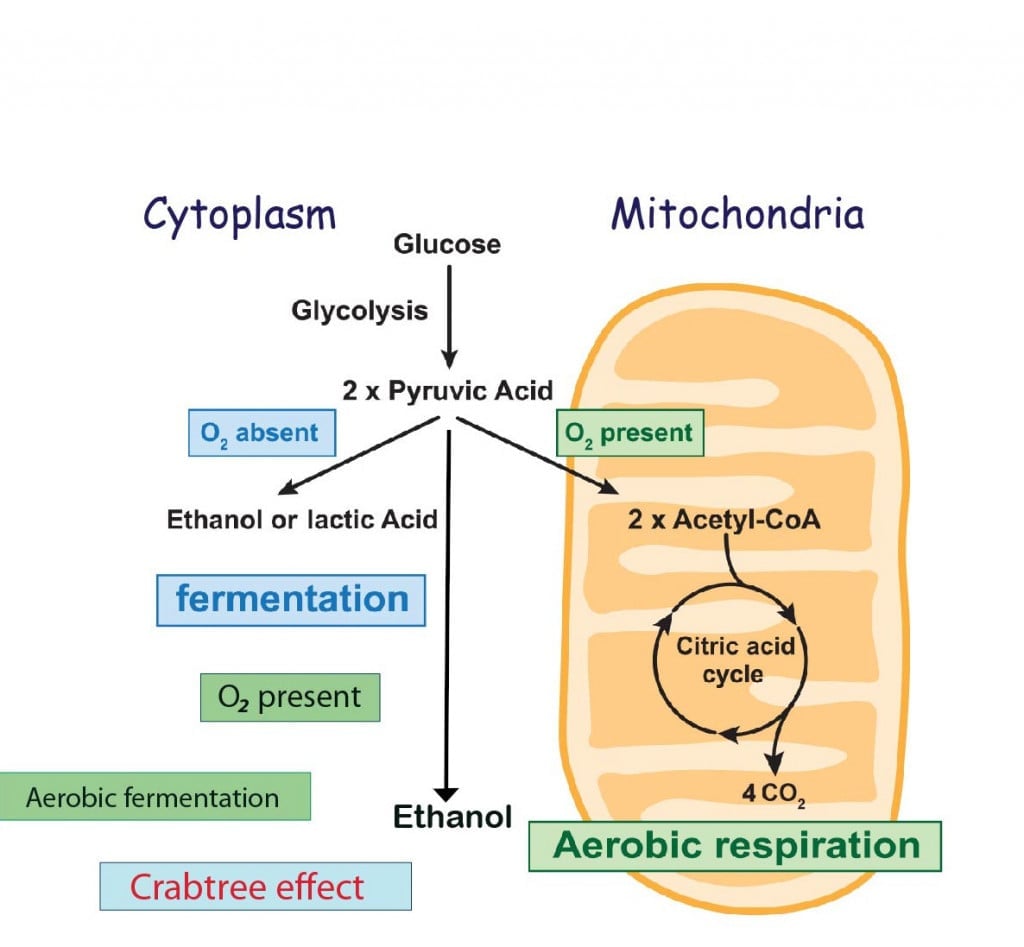 Surviving with or without oxygen (Photo Credit : All DM/Shutterstock)

Glucose has two destinations inside the cell—one in the cytoplasm and the other in the mitochondria.

In the cytoplasm, the 6-carbon molecule (C6H12O6) can undergo anaerobic fermentation to form lactic acid and 2 molecules of ATP. This is called the Pasteur effect, shown as:

The glucose in the presence of excess oxygen still undergoes fermentation by a process called aerobic fermentation to form ethanol and carbon dioxide. This is called the Crabtree effect.

Let’s try to understand yeast anaerobic metabolism through the Pasteur effect and the Crabtree effect.

According to Pasteur, oxygen inhibits the fermentation process. He demonstrated that aeration in yeast increases the oxygen concentration, which increases cell growth, but decreases fermentation rate, i.e., the production of alcohol.

This is not true for fermentation in yeast, which is elegantly hypothesized by the Crabtree effect.

In yeasts, the theory that oxygen inhibits fermentation is true only when the food supply is limited.  In the presence of excess food, oxygen does not inhibit fermentation, and ethanol is produced efficiently, but when food becomes limited, yeast opts for aerobic respiration to make 32 molecules of ATP.

Even in situations of excess oxygen, yeast will choose 2 ATP instead of 32 ATP molecules from the TCA cycle and electron transport chain. This phenomenon is probably an evolutionary process to produce ethanol as an antiseptic against other microorganisms.

It has been established that yeast is inclined to produce alcohol, even in excess oxygen, so long as food is available. Now, we should revert to our question ‘does our bread contain alcohol?’

Both bread and beer use the same Saccharomyces in aerobic fermentation, so they contain alcohol. But what happens to the alcohol in the bread? The alcohol in the dough evaporates due to the high temperature during baking, but it has been reported that bread contains leftover alcohol of up to 1.9%. This residual ethanol enhances the flavor of the bread.

Yes, our bread may contain traces of ethanol, which makes our sniffing experience worthwhile.

Also Read: How Is Beer Made?

The fermentative performance of yeast cells, along with the Maillard reaction, leads to the final bread quality. The CO2, ethanol, and other metabolites make the bread undeniably delicious.

It is amazing that single-cell yeast can make wine, beer and bread. It is important to understand this anaerobic fermentation is achieved through the Crabtree effect. The CO2, ethanol, and Maillard reaction are the reason behind the delightful and appealing aroma of bread.