Soil looks brown because it is full of dead plant and animal matter that has been broken down by microbes. The carbon in this matter reflects back a brown color.

Next time you’re out for a stroll, enjoying a pleasant evening alone, don’t just stop to smell the roses… bend down and check out the dirt. In most areas of the world, that soil tumbling between your fingers will be a certain shade of brown.

This is something that we accept as the natural order of things – the sky is blue, the sun is yellow and soil is brown… but there has to be a good explanation for this universal color choice, right? So why does soil almost invariably look brown? 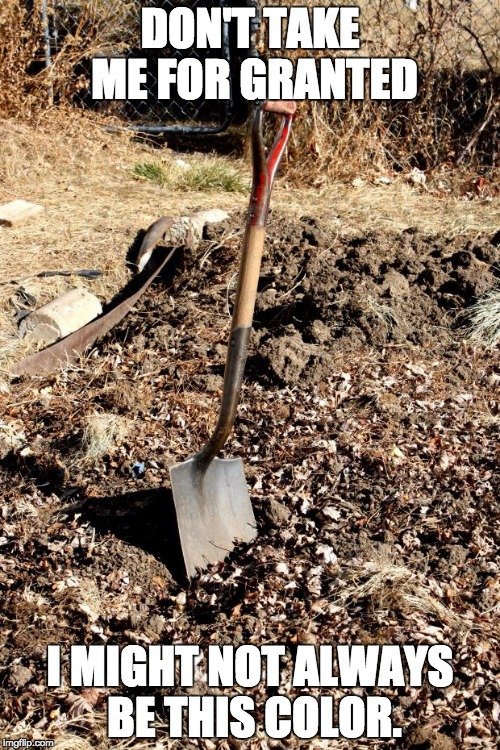 Short Answer: In fact, not all soil looks brown, but the majority does because of the carbon left behind by microbes.

The Science of Soil

Most people take dirt for granted, or even hate it, particularly when it gets on our clothes or tracked into our houses. However, few people stop to think about what dirty really is. It isn’t one particular thing, however, and is usually a mixture of clays, sand, rocks and organic matter. The most important part of that equation, at least in terms of soil color, is the organic matter.

Depending on where you are in the world, the composition of soil will be particularly unique. In fact, you can identify the source location for most dirt simply by the unique pattern and compositional ratio. Even Sherlock Holmes would be impressed by that sort of clue.

In most places where humans live – and therefore interact with dirt – there also happens to be water and vegetation. These are the areas where things can grow, which is why people settle there. However, these are also the areas where things die. Plants and animals are carbon-based life forms, and when they die, they begin to break down and decompose.

When an animal dies or a plant leaf withers and falls, the microbes on the world begin to feast. These tiny construction crews begin to break down the carbon-based life form with certain enzymes that can tear apart the material into smaller, easier-to-digest chunks. Much of the carbon in those plants and animals also enter the microbe’s cells. Microbes don’t live forever, and they can’t handle the huge amount of carbon fodder in the world, so much of it gets left behind. Then, when those microbes die, their carbon-stuffed frames join the growing pile of decaying matter on the ground. Much of the carbon is released back into the atmosphere as carbon dioxide, but a good amount of it also stays on the ground – in the final stretch of the carbon cycle.

Therefore, soils in places that have animal, insect, microbial and vegetative life tend to have a high content of carbon. More specifically, there are carbon polymers called humic compounds that are found in high concentrations in these soils. Just like the color of any object you see, the color of soil is dependent on what wavelengths of light the object absorbs or reflects. These carbon polymers tend to absorb almost every color on the light spectrum, reflecting only a dull brown color back for us to see. 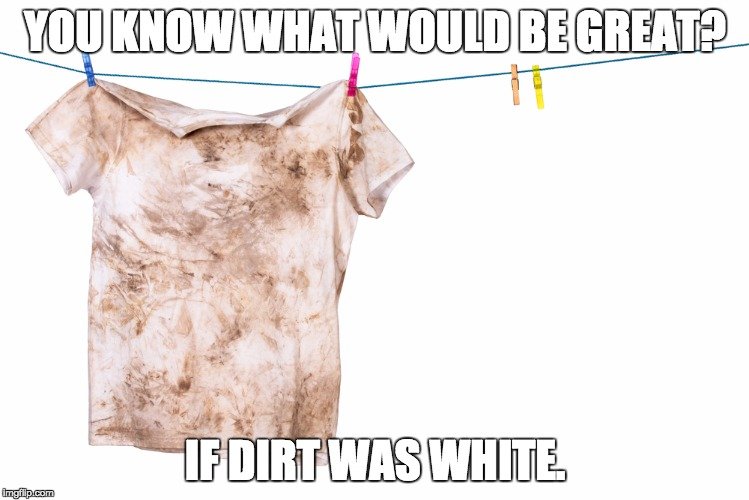 Furthermore, when this dull brown soil becomes wet, it often changes to a darker brown, or even black. That being said, there are many other soil colors in the world, because there is an infinite variety of soil compositions, based on everything from geographical location, altitude, temperature, water sources, protein compositions and numerous other factors. Remember, just because you don’t see something in your backyard doesn’t mean it isn’t real…

The Colorful World of Dirt

It just so happens that soil can come in just about any color on the spectrum, ranging from red and white to green, blue and grey. As mentioned, it all depends on the protein and mineral composition of the dirt you happen to be looking at. For example, red and yellowish soils are commonly seen when there is a great deal of iron oxides in the dirt, and perhaps less organic matter, such as in desert and arid climates.

If there is a high level of water in the soil, it means that there will be less air, and therefore no chance for oxidation, eliminating the chance for such reddish hues in the dirt. However, if the water stays present for a long time, it can turn the soil to a chalky gray color.

Certain minerals present in high concentrations will also cause some rather crazy colors in the soil. Although these perfect conditions are rare, they do exist naturally in the world. Soil that has a high concentration of calcite can make dirt turn a white color, while high levels of glauconite can even turn the soil green! These more colorful combinations are only possible in areas where there is little vegetative and animal life. Without the carbon overload on the soil, the light is able to be absorbed and reflected by the other materials and substances that make up the “dirt”, rather than the common drab shade of brown we have all come to know – and hate, if it gets on our cars…

The most interesting thing about soil is that it doesn’t choose a color and necessarily stay that way. Over the course of a year, a century or a millennia, weather patterns, dry seasons, erosion, geology and the oxidation-reduction reactions occurring within the soil can gradually shift the composition of soil, making it just as dynamic and exciting as the locales where it is found.

Now, the next time someone steps in mud and laments about how difficult it is to get brown mud off of her red shoes, explain that it’s actually her fault for not living somewhere with higher levels of oxygen in the soil. That way, the mud would have been red and blended right in to her new kicks!