For daring mountaineers around the world, certain peaks have an air of legend about them, along with a well-known history of killing many of those who attempt the climb. Mt. Everest, Denali, Kilimanjaro… these names are known around the world, but one of the most dangerous and famous mountains has a much simpler title – K2.

Soaring 8,612 meters (28,253 feet) into the sky, K2 is a mountain in the Karakoram Range that crosses the border of China and Pakistan. As the second-highest mountain in the world, trailing only Mt. Everest (8,848 meters), many people assume that the name K2 is due to its silver-medal standing. However, those people are wrong.

While the simple name K2 is known around the globe, depending on where you hail from, you might have a very different name for this deadly summit. In northwestern India and Pakistan, the Balti language is spoken, where K2 is commonly called Chogori or Kechu. On the other side of the mountain, in China, the mountain is referred to as Qogir. Climbers from all over the world have also agreed on a more informal nickname for the mountain – Savage Mountain – due to the high mortality rate and unpredictable weather conditions found on the ascent. 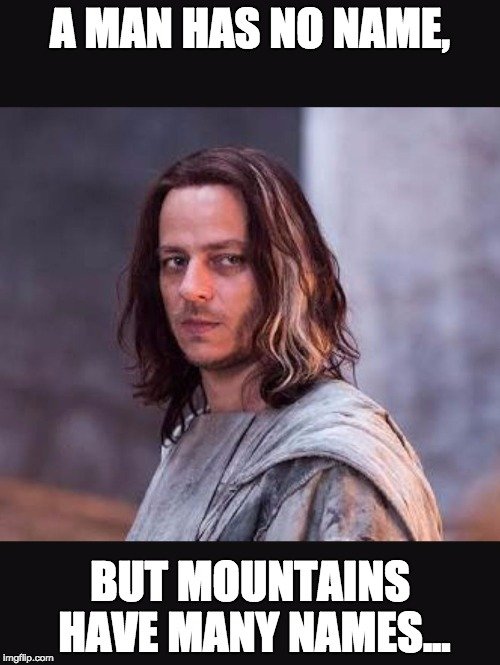 Even with all those other options, most people still know the mountain as K2, a title that can be traced back more than 150 years ago, when a British surveyor named T.G. Montgomerie was exploring the area and mapping its topography. K2 lies in the Karakoram Range, which is where the “K” comes from, and it was the second peak that he listed in his report, hence the “2”. At that point, the mountain didn’t have a known name outside of the native names, so the simple designation stuck. From Mount Haramukh, more than 130 miles to the south, Montgomerie initially sketched the range, which included K1 (Masherbrum), the 22nd tallest mountain in the world.

In the same stretch of mountains, you can also find K3, K4 and K5, which may not be as famous as K2, but are certainly just as stunning to see. These mountains have alternative names as well (Broad Peak, Gasherbrum II and Gasherbrum I, respectively), but their “K” names are commonly used by experienced climbers.

The Deadly History of K2

While the story of K2’s name may not be particularly exciting, the name itself can strike fear in the heart of many amateur climbers. Not only is K2 the second-tallest mountain in the world, and the second mountain in the Karakoram Range, but it is also the second-deadliest mountain on the planet. In terms of fatality rate, only Annapurna in Nepal is more dangerous. 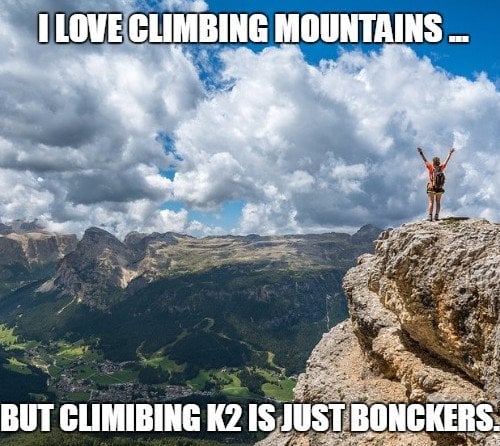 The mountain is only accessible in June, July and August, and it has never been climbed in the winter. Extremely severe weather and storms that can last for weeks make this a very dangerous and physically taxing ascent, which may explain the roughly 20% mortality rate, as compared to Everest’s 5%. While 1 in 20 people who climb Everest perish, 1 in 5 climbers of K2 never make it back down alive. It wasn’t until 1954 that someone managed to reach the summit, though a number of prior attempts and deaths had occurred.

Less than 310 climbers have reached the top of K2, and more than 80 have died. Despite Everest’s extra 800 feet, more than 4,000 people have successfully climbed that mountain since 1953, nearly 13 times more than those who have conquered K2. Even so, Everest is the one that gets all the attention – and the Hollywood treatment.

While the name may not be as imposing or regal as some of the other well-known peaks around the globe, K2 makes up for its simple name by being one of the most rugged, savage and unforgiving areas on Earth. Happy Climbing!