The reason why rescue operations aren’t carried out by helicopters is fairly simple: most helicopters aren’t actually designed to fly at such high altitudes. Due to the design of their engines, it’s beyond their operational capacity to undertake typical operational maneuvers, such as landing and hovering, in high-altitude conditions.

I recently watched Everest, a 2015 movie about the survival attempts of two separate groups stranded on Mount Everest – the tallest mountain on Earth. Without giving away too much of the plot, I’ll just say that the climbers struggle quite a bit in the course of their journey… obviously. In real life, many climbers do face great difficulties in returning safely to the base camp of Everest; many climbers actually die in the process.

The question is, why can’t climbers stranded at the top of mountain peaks be rescued by helicopters? 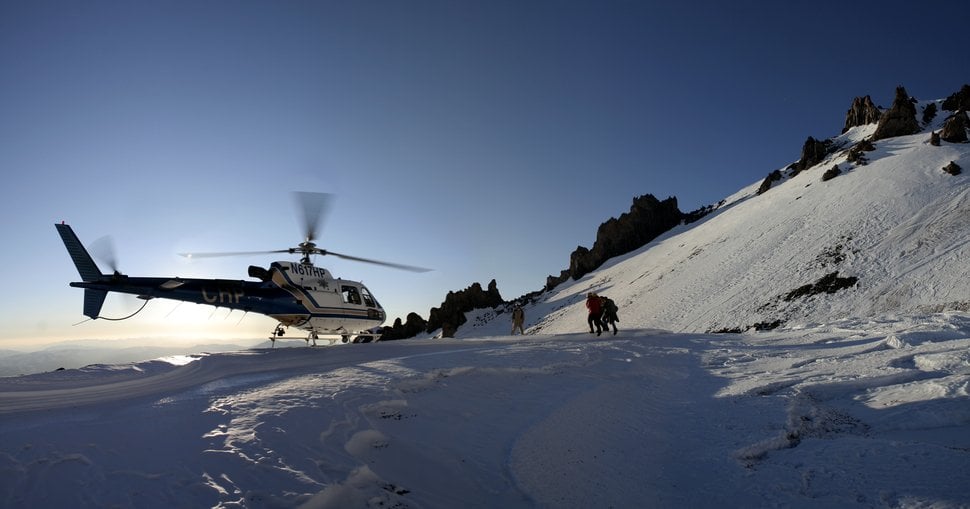 Obviously, people more actively involved in mountaineering expeditions are smart enough to have thought about this issue. The reason why rescue operations aren’t carried out by helicopters is fairly simple: most helicopters aren’t actually designed to fly at such high altitudes. Due to the design of their engines, it’s beyond their operational capacity to undertake typical operational maneuvers, such as landing and hovering, in high-altitude conditions.

So, the real question is… why can’t helicopters fly at high altitudes? Well, before we get into the details of that, let’s try to understand a few things first.

How Do Helicopters Fly?

In one word: lift!

You most likely hear the term ‘lift’ in relation to helicopters and airplanes all the time. It’s essentially the force that opposes gravity and helps keep helicopters (or any object) airborne. 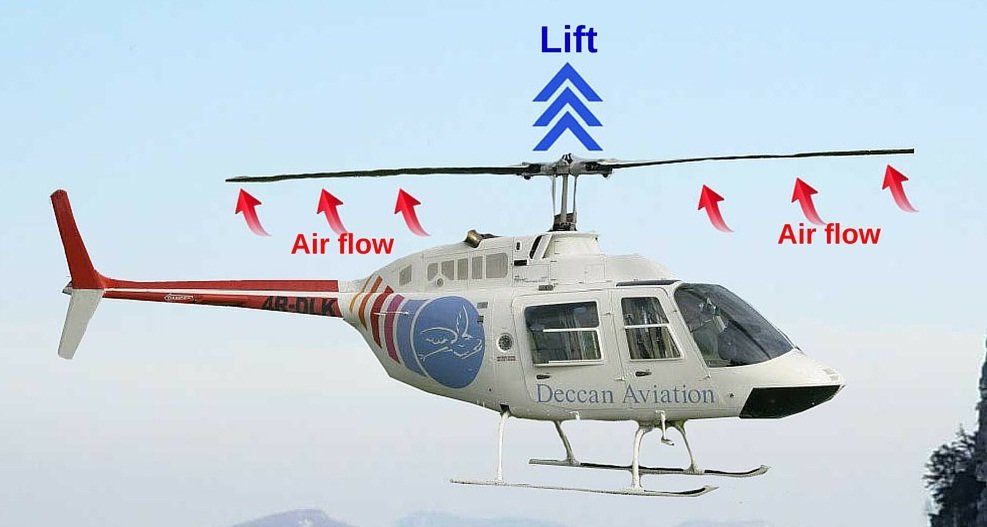 Airplanes fly by generating lift through their wings; similarly, helicopters also need lift to fly and hover in the air. In the latter, rotors (or blades) achieve this impressive feat. The rotors push air downwards, allowing the chopper to move upwards against the force of gravity.

Also Read: Can A Helicopter Fly Upside Down?

As it turns out, the lift generated by helicopter rotors depends on a number of factors, and the density of air is one of them. Take a look at the formula for lift: 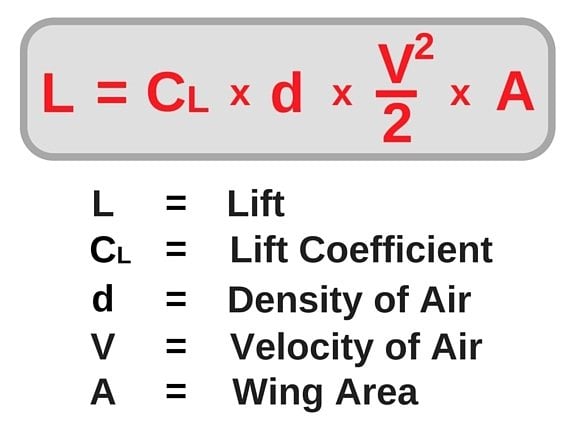 As you can see, the lift that is produced is proportional to the density of air; the higher the density, the more lift is produced and the more comfortably the helicopter can fly, and vice-versa.

The air density at sea level is 1.225 kg per cubic meter (Source). However, as you go higher above sea level, air density begins to decrease. This is why people sometimes have difficulty breathing at higher altitudes in mountainous regions. Since Mount Everest is the highest peak in the world (it stands at a staggering 8,848 meters above sea level), the air density is nearly one-third of what it is at sea level. Therefore, the lift generated by that rarefied air also drops to around one-third of the amount of lift that’s generated under standard sea-level conditions.

However, you still have to support the weight of the helicopter and its passengers, so you can’t accept that massive drop in lift and still stay in the air.

Special Helicopters CAN Go That High

However, helicopters that can go that high do exist. They consist of extremely powerful engines and large rotors, while also being incredibly light. However, manufacturing such helicopters is obviously quite expensive, and since the operational requirements of most helicopters don’t demand flying that high anyway, regular helicopters aren’t designed that way.

Although high-altitude conditions are unfavorable for regular helicopters, exceptions do occur. In 2005, a French fighter pilot named Didier Delsalle actually landed a helicopter, the Eurocopter AS350 Squirrel, on the summit of Mount Everest, and returned to base after sitting at the summit for 3 minutes and 50 seconds! (Source) Check out the video of his historic landing: