Skids are used for light duty helicopters, enabling them to stably and safely land on both paved and unpaved surfaces.

When human flight is spoken of, airplanes are invariably the first thing to come to mind, only later followed by helicopters. There is no denying that fixed-wing aircraft (airplanes, in common parlance) are the face of the aviation industry. 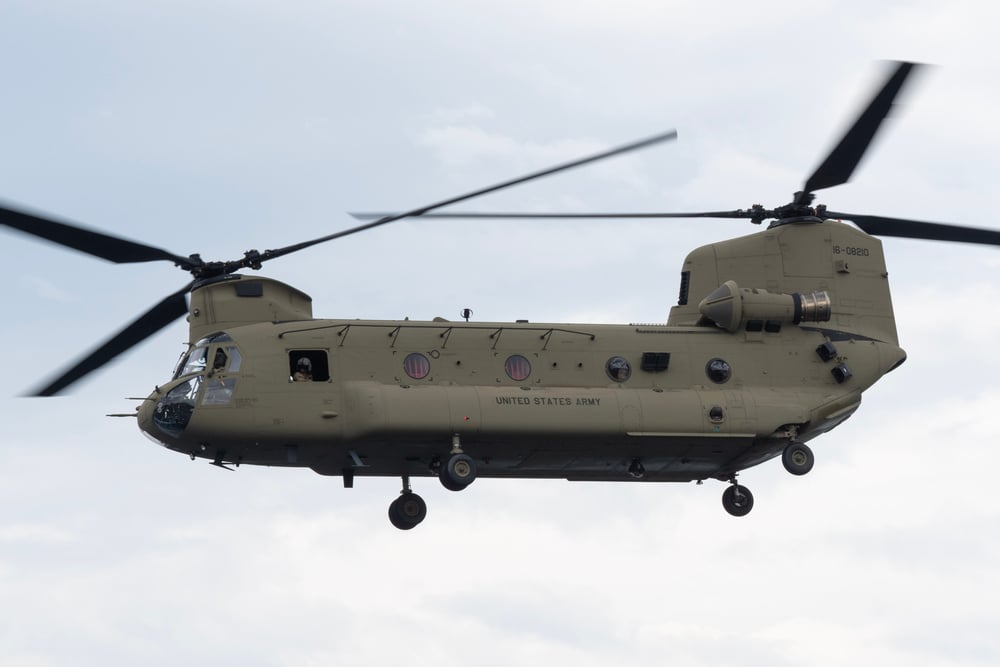 The Boeing Chinook is the pinnacle of helicopter capabilities, second to no fixed-wing aircraft in its usefulness in critical missions (Photo Credit : viper-zero/Shutterstock)

This however, is not to say that helicopters are insignificant to the industry. Capable of heavy lifting (both figuratively and otherwise), they are an interesting world of their own. Modern-day helicopters take transportation, warfare, agriculture, medicine, rescue and stealth in stride.

The question at hand today is quite basic: Why do some helicopters have wheels, while others only have skids?

What are skid-mounted helicopters?

A helicopter’s landing gear determines the way it sits on the ground. While some helicopters have wheels as their landing gear, others have tubular framework projecting from underneath their fuselage. This framework is known as a skid.

Construction and utility of helicopter skids 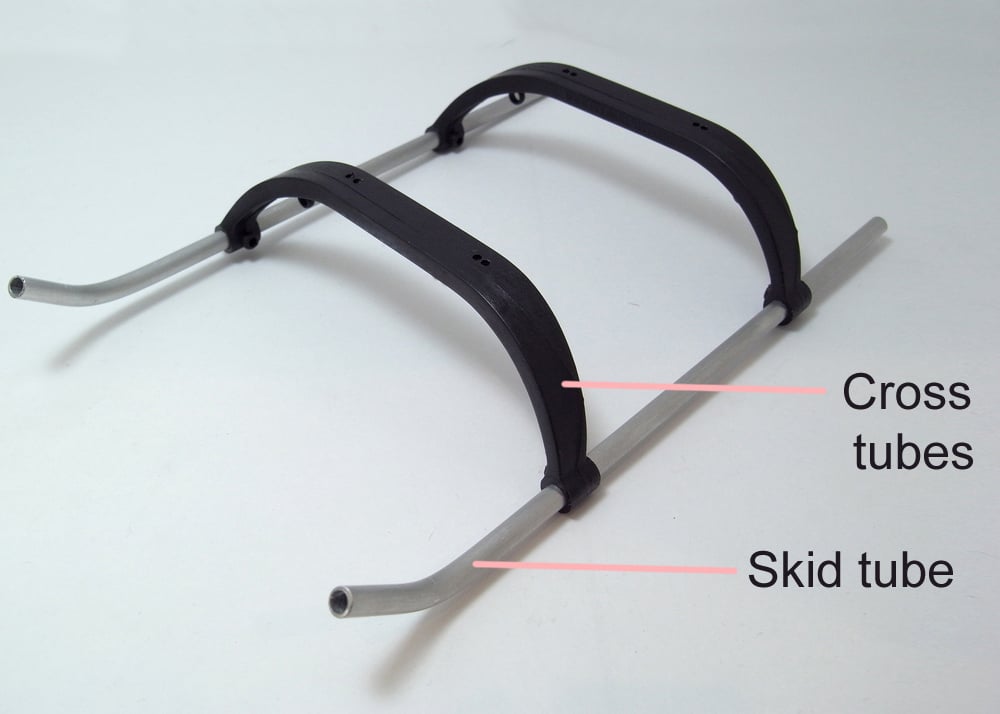 Skids are equipped with abrasion strips capable of withstanding friction generated due to minor slides during landing and take-off. They are bolt-on arrangements and do not require major provisions in the fuselage to attach to the helicopter. Skids lend a wider stance to the helicopter, and distribute its load throughout the skid tube. The presence of suspension components in the skid assembly take the helicopter’s weight upon landing, and can account for most landing surfaces.

Advantages and disadvantages of skids on helicopters

Skids are simple in design, construction and can be easily incorporated into the helicopter’s design. They are inexpensive to construct and replace, as compared to landing gear of wheeled helicopters.

The ease of installation and replacement of skids makes them an ideal choice for light operations  (Photo Credit : ‘Hiraya’ Regiment/wikimedia)

The skid’s design also enables them to land on a variety of surfaces, both paved and unpaved. The suspension can take the impact of hard landings and be replaced at minimal cost in the event of sustaining damage. Skids significantly increase the height of the helicopter, thereby providing more room for passengers to get in and out with the main rotor running. They can also be retrofitted with inflatable floats to help them navigate maritime operations too!

However, the downside to skids is that they cannot be retracted, so they increase the helicopter’s drag. They also run the risk of catching on cables when flying at low altitudes. The biggest disadvantage of skids, however, is that they cannot taxi on their own.

How do skid mounted helicopters taxi on the airfields?

Due to absence of wheels, skid helicopters need to be assisted while taxiing on airfields. This is achieved by adding wheeled dollies under the skid, much as you would place a trolley under a heavy suitcase. This makes them easier to haul to and from their hangars. 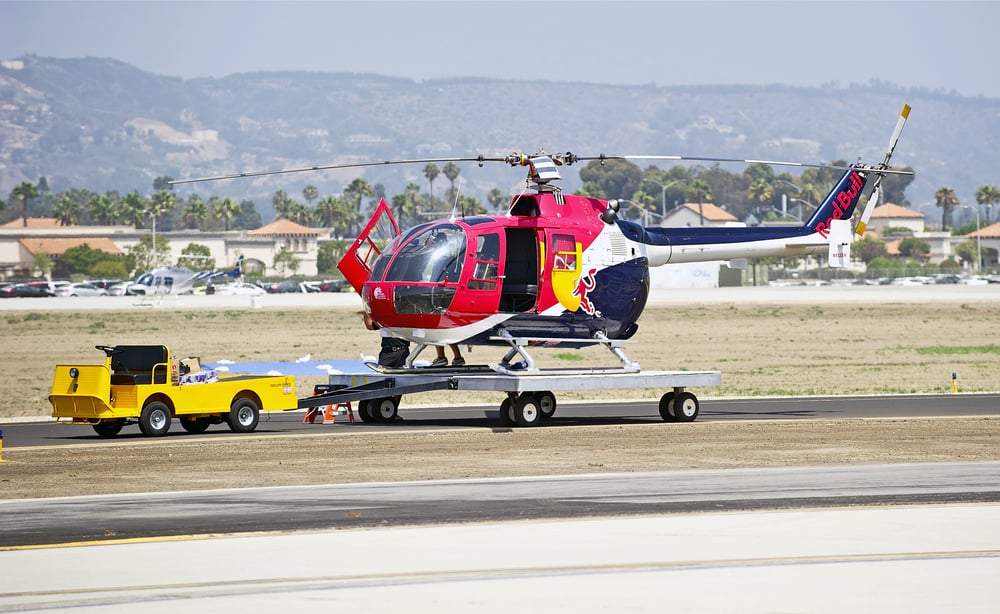 Skid-mounted helicopters are a bit of a nuisance for ground crews, as they cannot taxi on their own (Photo Credit : -Philip Pilosian/Shutterstock)

Skid vs. wheeled helicopters: A comparison

Asserting that one rotorcraft is better than the other is quite naïve; after all, the aircraft that suits one’s purpose in the most economical manner is the best.

Skids are simple, bolt-on frames upon which the helicopter can land. They are not retractable, and are easier to swap out in the event of damage. Wheels as landing gear, however, demand a much more complex design. Wheels can either be retractable or fixed, and are more expensive to service.

Wheeled helicopters concentrate their load on the contact patch of their tires only, acting as point loads. Due to this, they can only be landed on paved surfaces, such as helipads. On the other hand, skids distribute the helicopter’s load across their length. This enables them to land on both paved and unpaved surfaces (grass lands, rocky outcrops, etc.) without upsetting the chopper’s stability. 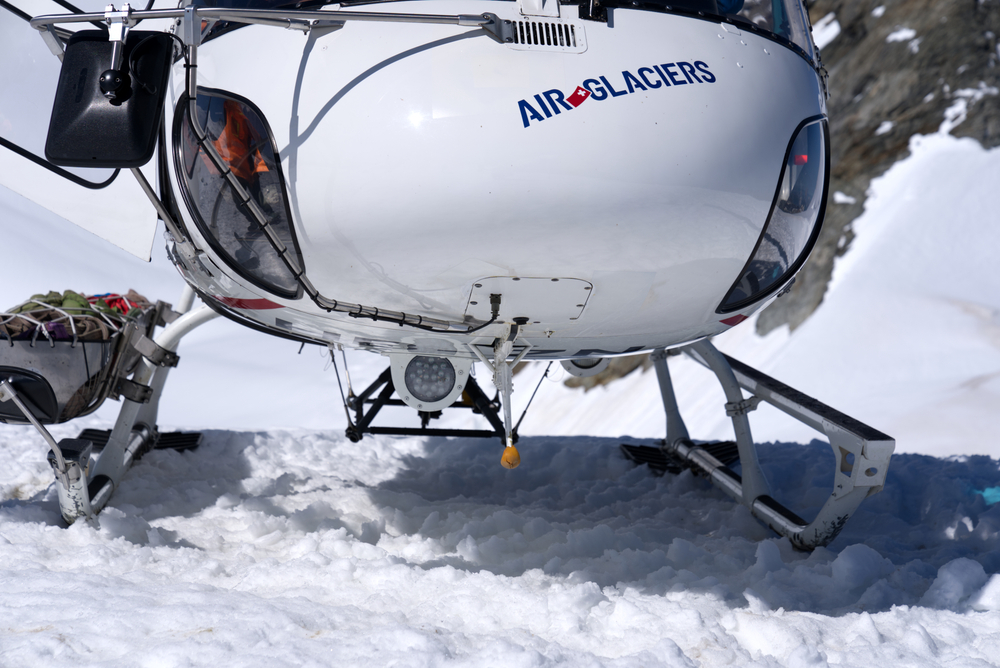 Widening the fuselage or adding skids adversely affects the drag coefficient, which is an important consideration in aircraft design. Thus, the design of fuselages is greatly dependent on the type of landing gear to optimize their aerodynamics.

Due to their construction, skid-mounted helicopters are generally reserved for light duties. They are incapable of carrying huge loads and find use in ferrying a small number of passengers, carrying out ground-level reconnaissance, etc.

In wheeled helicopters, however, the critical nature of their job far outweighs any cost savings from using skids. They are generally used for heavy-duty purposes, such as transporting vehicles and troops, airlifting operations, and even active combat duties.

Why do they not land helicopters right on their belly?

Since helicopters are capable of vertical flight, it is tempting to think of using the belly pan as a stable landing surface, rather than opting for either wheels or skids. After all, helicopters don’t swoop down and land like airplanes, do they? 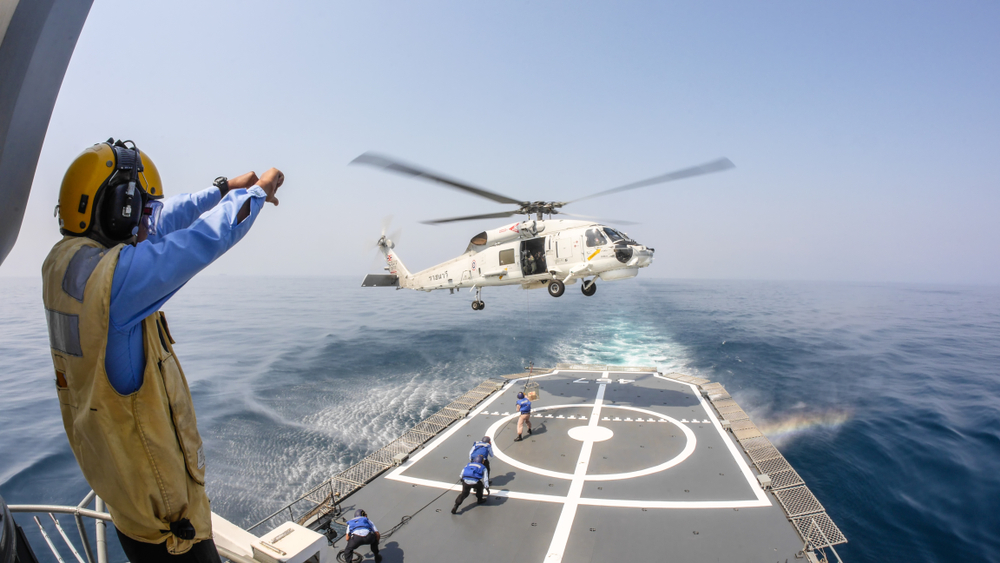 Unlike airplanes, helicopters do not swoop down on to the landing area. (Photo Credit : -The Mariner 4291/Shutterstock)

Well, the construction of a helicopter’s fuselage is such that the belly pan is not designed to take the brunt of landing surfaces. Whenever helicopters land, they invariably slide by a small amount.

If used as a landing surface, their base could get damaged, compromising the overall aircraft. Also, it’s much easier to replace smaller parts like wheels and skids than the whole belly pan!

Helicopters are designed to go places and do things that most airplanes cannot. They are as much of an asset to aviation as airplanes are. While skid-mounted helicopters are generally preferred for light duties, they also have many important qualities, such as resilience, ease of maintenance and feasibility, which make them just as impressive and useful as wheeled choppers!