A helicopter’s engine failure does not always result in a crash. The pilot can lower the chopper’s pitch to enter into a controlled descent, which uses the chopper’s potential energy to turn the rotors. This state of descending a helicopter using airflow to its advantage is called autorotation.

As a member of the general populace, you probably have more opportunities to fly in a commercial airplane than a helicopter. Still, you have probably seen many choppers in action, both in movies and in real life during rescue and relief operations, chasing bad guys along the streets of a metropolis or simply landing a celebrity in the middle of their helipad.

Given the fact that choppers typically fly in more tight, challenging situations than airplanes, have you ever wondered how safe they are? You see, fighter jets have a neat ejection system to literally ‘blast off’ the crew to safety, and while flying in military aircraft as passengers, you’d also have access to parachutes. But what about choppers? If their engines were to malfunction or stop functioning altogether, do they just drop like a rock from the sky?

Does an engine failure always crash a helicopter?

In fact, it’s even said that your odds of surviving a chopper crash are better than surviving an airplane crash! There’s a very interesting reason why malfunctioning engines don’t turn choppers into dead metal objects plummeting hopelessly to the ground. 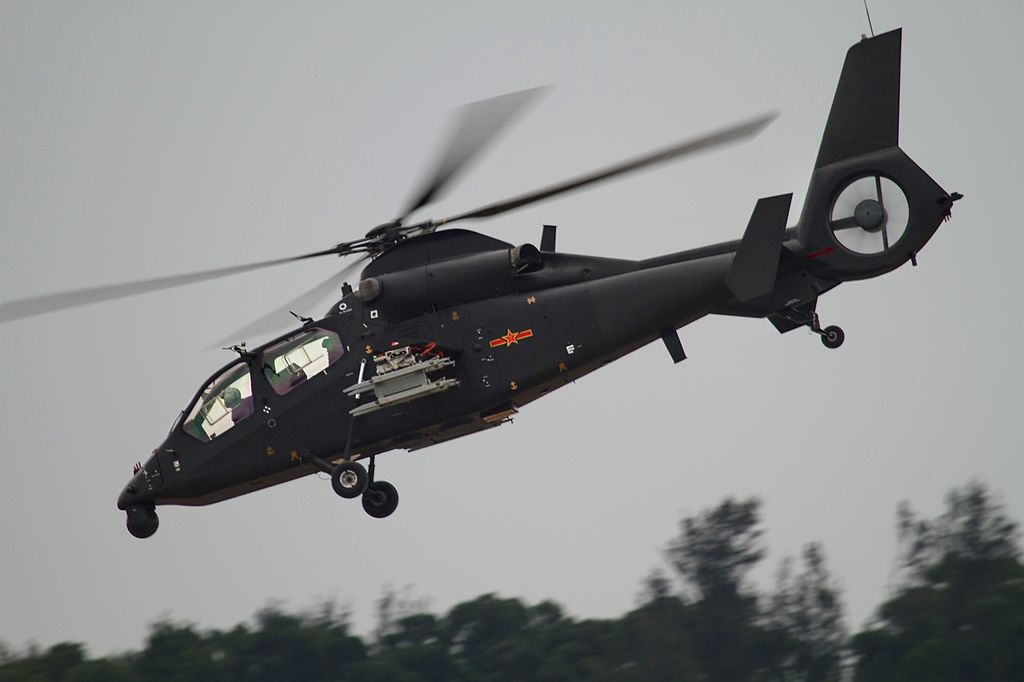 As you might already know, helicopters rely on lift to stay airborne. This lift is generated by the main rotors on top of the chopper, and this keeps the chopper flying and remaining off the ground against the force of gravity. During a powered flight, i.e. when all systems of the chopper are functioning properly, the drag caused by the rotors is overcome by the power offered by the main engine. Note that a chopper has to maintain a minimum RPM (revolutions per minute) in order to stay upright. Standard choppers are designed to operate at a fixed RPM, although certain experimental choppers do have variable speed rotors.

Operating with a dysfunctional engine

One interesting thing to note is that although the engine helps the main rotors to keep going, it’s not directly responsible for keeping a chopper airborne; that’s the rotors’ job. The moving rotors make the air flow over them, thus producing lift, which in turn keeps the chopper flying.

However, in the absence of engine power, rotors don’t have enough energy to overcome aerodynamic drag on their own, so the chopper will start to lose altitude. Even so, since it’s the ‘air’ flowing over the rotors that allows a chopper to fly, a safe landing is not impossible in the case of an engine malfunction.

Without the power of the engine, all you would need is some other source that could provide enough force to help the rotors maintain a minimum RPM. Thankfully, that force is provided by the surrounding air itself!

As soon as the engine is either deliberately disengaged from the rotor system or fails completely, the pilot must promptly ‘lower the collective’, i.e. he/she must lower the pitch (angle of attack) of the chopper. Doing this reduces both drag and lift, causing the chopper to enter a controlled descent.

Note that the pilot has to be adequately skilled to be able to do that immediately, as there is a very small (though sufficient) time window before which the control of the chopper is completely lost and it starts to plummet wildly. Airflow during the descent provides little, but sufficient, energy to overcome drag on the rotors and helps to turn them. This state of descending a helicopter (or a similar aircraft) using airflow to its advantage to turn the blades (instead of the main engine) is called autorotation. 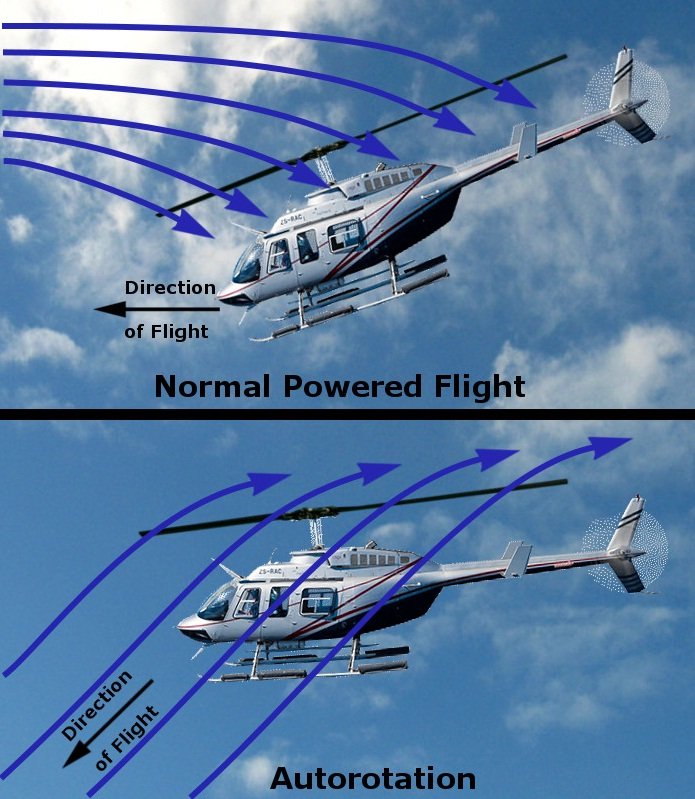 What happens during autorotation, in effect, is that the pilot sacrifices altitude to gain energy from the airflow during the descent to keep the rotors turning. In other words, as the chopper descends, its potential energy (by virtue of its altitude) is converted into kinetic energy and stored in the moving rotors in order to achieve a controlled and hence, safe landing.

As severely life-threatening as it may sound at first, it’s not usually considered so, at least in aviation circles. In fact, helicopter pilots ‘have’ to practice landing in a ‘no-power’ situation before being deployed in active duty. Likewise, commercial pilots need to complete this drill to gain a pilot’s license. Here’s a video to visually explain the technique of autorotation:

An engine failure in a helicopter is definitely an emergency, but one that can be successfully tackled with the help of nature’s forces and an experienced pilot.