Military aircraft can fly at altitudes as low as 100 feet to avoid detection by surveillance systems and anti-aircraft establishments.

One of the common traits shared by the most formidable armies of the world is stealth. This figurative cloak of invisibility and the attached element of surprise gives them a considerable advantage over their nemesis. However, as is true with other things, smaller things are easily hidden, whereas larger things require more work. 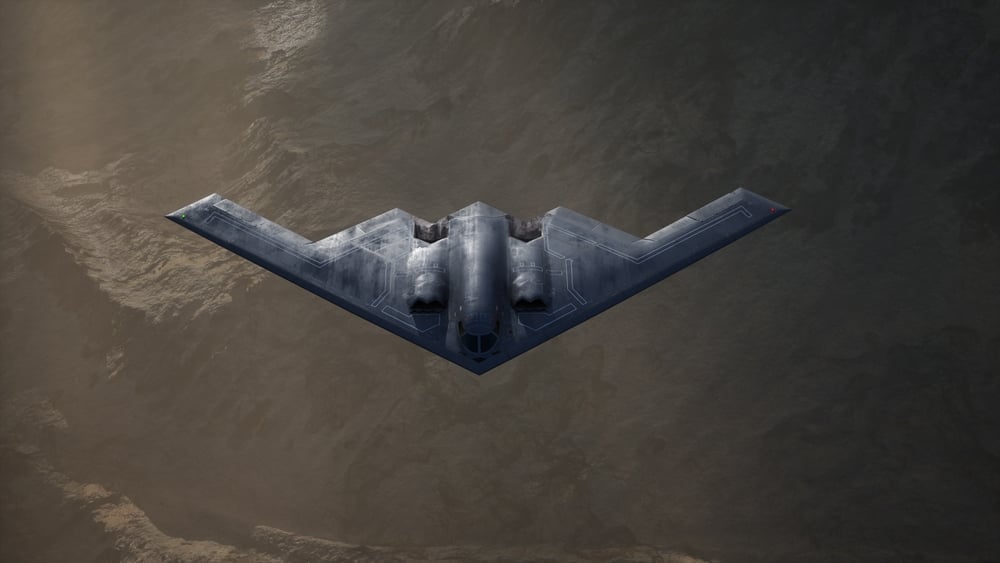 The need for stealth in military affairs has led to the development of some iconic aircraft and technology (Photo Credit : Alex Izeman/Shutterstock)

If larger things are as large as military aircraft, then the task becomes even more difficult. While traceability is desirable for commercial aircraft, it can be dangerous for military craft. When technology and material engineering fail to come their assistance, pilots must rely on their skill alone.

Top Gun: Maverick is a great representation of what goes into preparing for and flying extremely close to the ground. However, how close is close exactly?

In an industry where standard flying heights measure across several tens of thousands of feet, flying a couple hundred feet off the ground is definitely considered low-altitude flying. 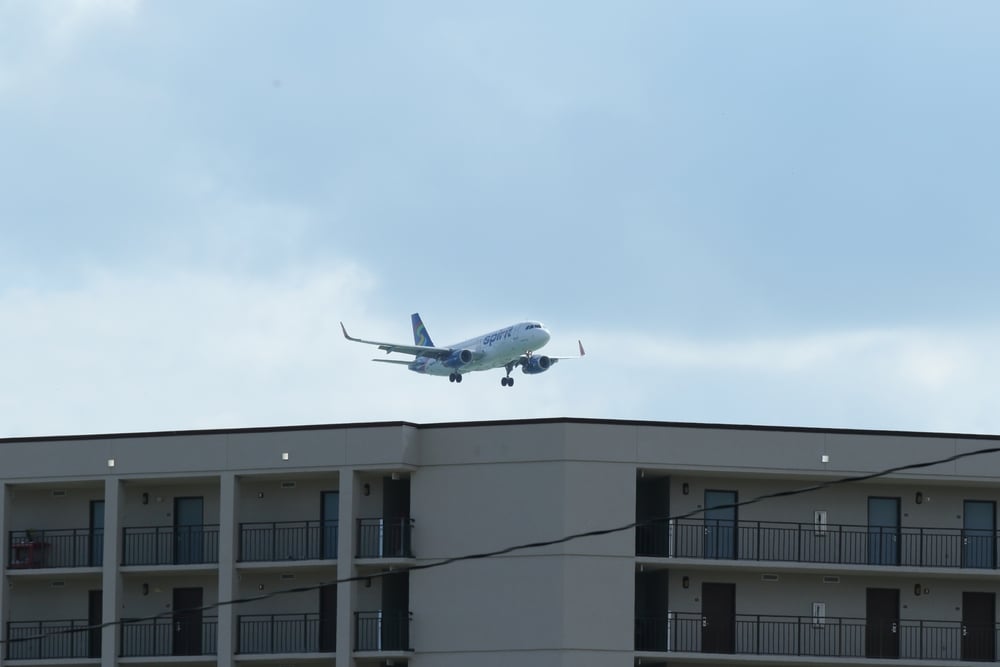 Unless changing altitudes, such as taking off or landing, civil aircraft are to maintain a height of 500 ft. or more.  (Photo Credit : Hodge Dinkins/Shutterstock)

While the Federal Aviation administration, in its safety circular, mentions the lowest height to be no less than 500 feet in civilian areas, the US air force has aircraft capable of flying as low as 100 feet (Source).

Low-altitude flying is no big deal; it is the ability to fly at low altitudes at high speeds that makes it risky.

Modern war technology has resulted in the development of various anti-aircraft establishments that work in conjunction with radar and other surveillance units. These include surface to air missiles (SAMs), air/land-borne radars and anti-aircraft artillery, amongst others. 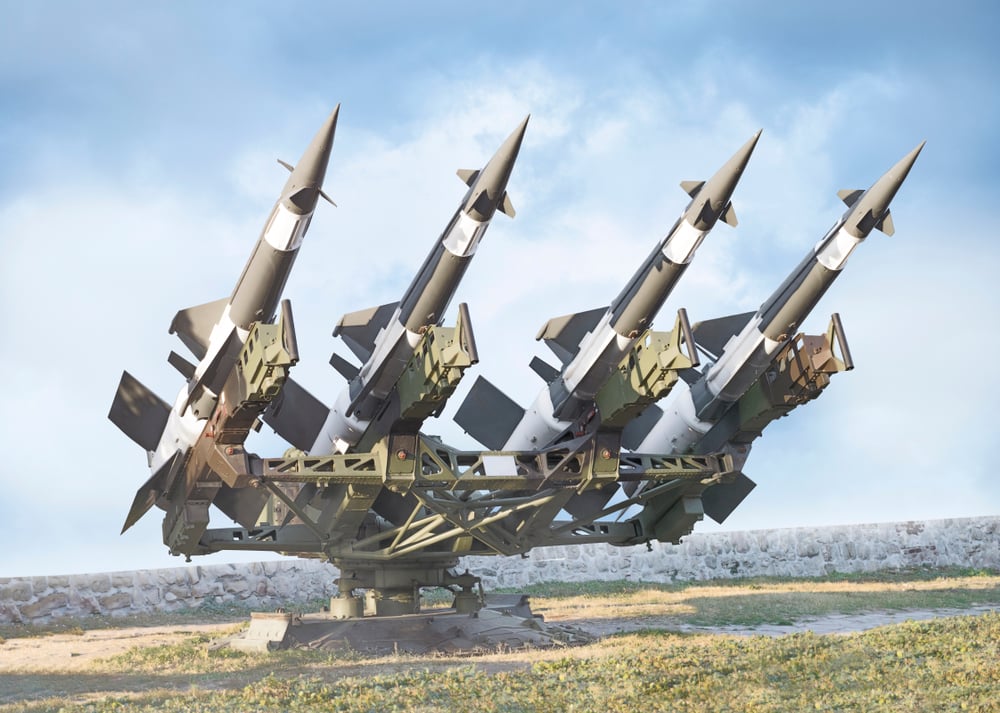 In NOE flights, military aircraft follow the contours of Earth’s terrain very closely, as opposed to flying over them. This presents them with the advantage of using fixed elements, such as hillocks, valleys, tall trees etc. as a ruse to escape the radar’s field of vision.

How Do Fighter Jets Fly So Close To The Ground?

In order to fly close to ground level, pilots spend countless hours practicing in regions similar to the actual zone of operation. To further assist pilots, their aircraft are outfitted with special radar systems called terrain-following radars (TFRs). TFRs are specially mounted pieces of equipment that plot the terrain ahead and calculate a flight path that enables pilots to maintain a constant altitude.

The Radar’s zone of interception is a figurative cone, with its lower limit determined by the earth’s curvature and terrain contours

At the same time, pilots are trained to fly in regions below the enemy radar’s line of sight. This region, known as the shadow zone, is formed between the radar’s horizon and the earth’s curvature.

The radar’s horizon is a virtual conical region that can detect objects by reflecting radio and microwaves off them. 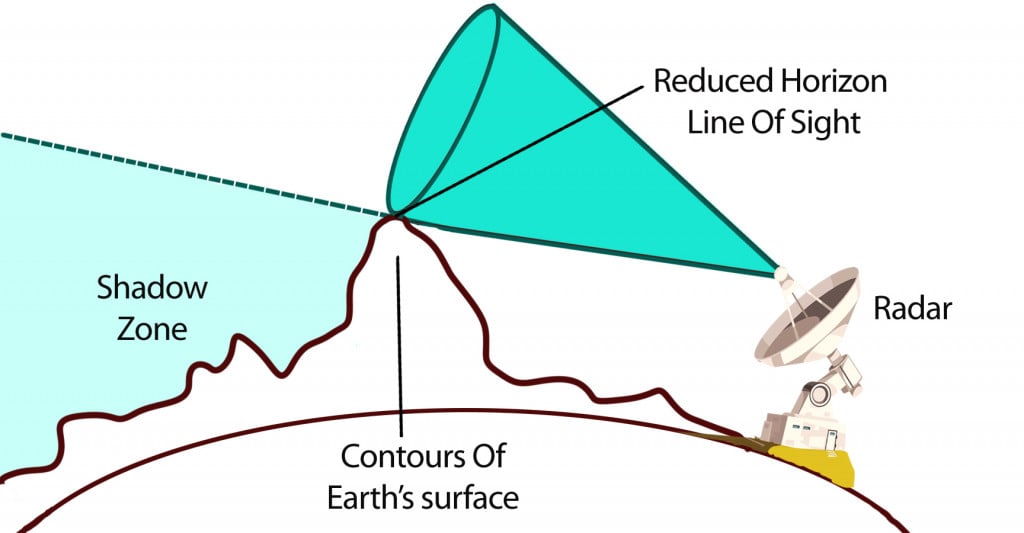 The lower limit of a radar is determined by the highest obstacle present at ground level. The presence of hillocks and other geographical contours (as shown by the brown jagged line here) can greatly hamper a radar’s line of sight.

The lower limit of this horizon is determined by the highest obstacle present at ground level, as illustrated in the diagram. The field of view, which is already restricted by the earth’s curvature, is further restricted in the presence of contours. Consequently, radars situated in flat plains have a better field of view compared to those situated amongst mountains.

Risks Of Flying A Fighter Jet Close To The Ground

Unlike other modes of stealth flight, which are backed by technological witchcraft and material engineering wizardry, NOE flights are largely dependent on a pilot’s skill. The proximity to terrain at high speeds is the biggest risk, as the probability of collision increases significantly. At the same time, traversing through variable terrain exposes the pilot to extreme G forces, which can result in G-Loc.

Low-flying aircraft also face the risk of the radio waves from their TFRs being intercepted by enemy radar, potentially exposing their positions. Apart from the terrain’s own elements, many manmade fixtures, such as cables and antennae, pose threats due to their lower visibility to unaided eyes.

Types Of Aircraft That Can Perform NOE Flights

Low-altitude flying can be achieved by both fixed-wing aircraft and helicopters alike. While helicopters cannot achieve speeds equal to that of the former, they are capable of keeping sustained flight at much lower heights. This makes them useful for extraction missions where armed personnel are involved in ground work.

It’s not often that we come across publicly disclosed operations where NOE flying came in handy. Amongst the most important military adventures embarked upon by American forces, Operation Neptune Spear was carried out in 2011 to neutralize an infamous terrorist hiding in a distant country (Source). 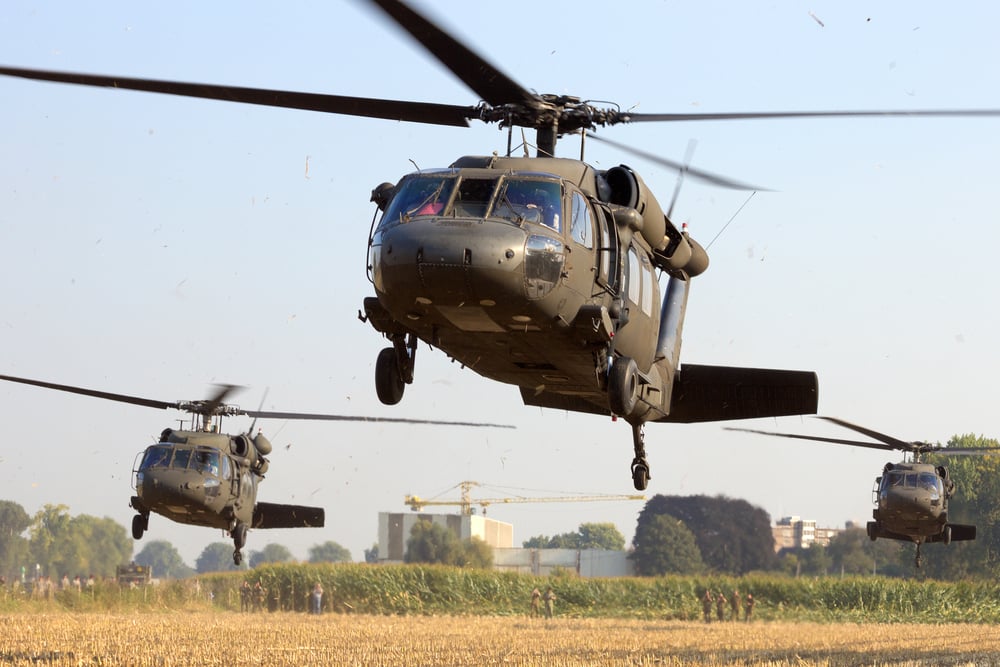 The Sikorsky Blackhawk helicopters were instrumental in the clean, stealthy and swift execution of Operation Neptune Spear, thanks to their low-altitude capabilities.  (Photo Credit : Ashmanphotography/Shutterstock)

The feature of interest presented in this case was the use of Sikorsky Blackhawk helicopters. These aircraft, while being fitted with stealth technology, were noted for their extremely low flying altitude and ability to avoid detection during the operation. It remains one of the best executed missions, despite losing one of the two Blackhawks deployed.

End Note – Are Radars Getting Smarter?

Conventionally programmed radars are hampered by their line of sight being affected by the Earth’s curvature. Even though radar waves bend ever so slightly with the earth’s curvature, they cannot detect low-slung aircraft approaching in the shadow region.

To overcome this, special radar systems called ‘over the horizon’ radars have been developed. Rather than relying on visible objects to reflect radiation directly, they utilize the ionosphere above us. The ionosphere improves the radar’s field of view, bringing into sight what would have previously been invisible!