The electrons were the negative plums embedded in a positive pudding. The name stuck, and the model is still commonly referred to as the Plum Pudding Model.

Knowledge can either be derived by acquaintance, such as the color of a tree, or — if the phenomenon is impossible to “become acquainted with” — by description. This would include how an eye detects color or how the colors themselves are created. We call these descriptions models.

However, descriptive knowledge is itself based on other descriptions. For instance, to understand how a color is created, we must first understand the structure of an atom, which itself — being an object a million times thinner than a strand of human hair – can be comprehended only through descriptions. J.J. Thomson’s Plum Pudding Model was one such description of an atom, which was at that time deemed the most fundamental constituent of matter.

The Discovery Of The Electron

When a voltage is applied between a positive and negative electrode placed in a completely evacuated or vacuumed chamber, the glass or the region of the chamber behind the positive electrode gradually begins to glow. Physicists call this fluorescence. What travels between the electrodes and speckles the glass is invisible. The rays baffled physicists for years, who — given that the rays emanated from the cathode or the negative electrode — simply called them cathode rays. 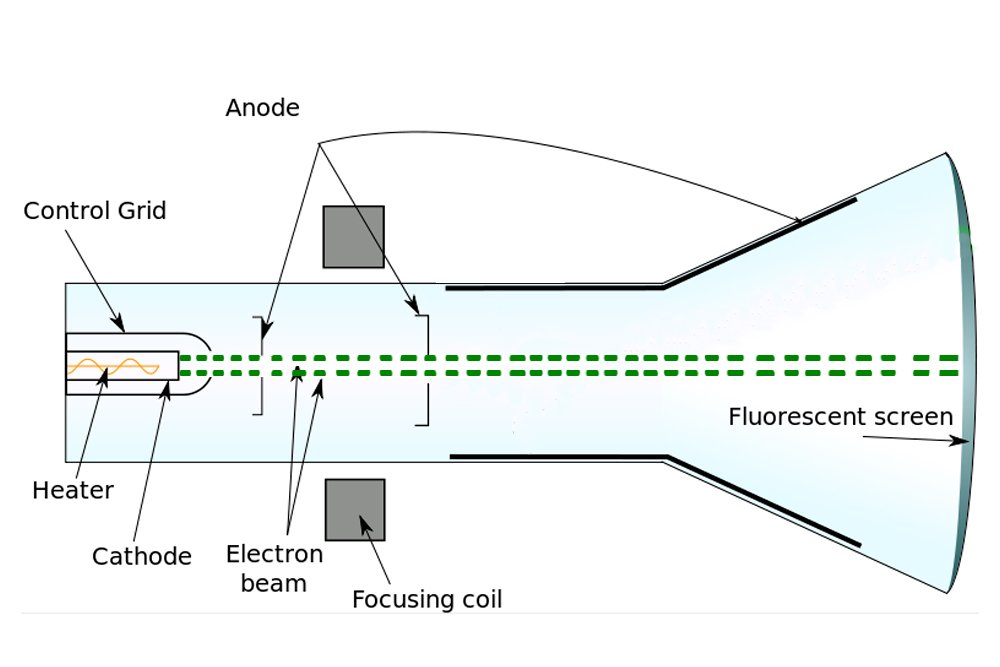 Earlier, Dalton had proposed that atoms are the fundamental constituent of matter; they are indivisible and indestructible. In the day, physicists believed that the Universe was permeated by a material they called ether, which acted as the medium to propagate light. The rationale was that if waves cannot travel without a medium, how can sunlight reach Earth? Space, they declared, wasn’t empty, but suffused with ether through which light could seamlessly flow. Physicists believed that atoms too were disturbances in this supple ether; they believed that atoms were literally permanent vortices whirling interminably in it.

However, J.J. Thomson was a vehemently practical man, someone well-versed in the principles of science. In view of the poverty of evidence for the existence of ether, Thomson was incredulous. Thus, Thomson decided to look for atoms himself. When Thomson performed the cathode ray experiment, but with a magnet in between, he managed to penetrate reality a bit deeper. 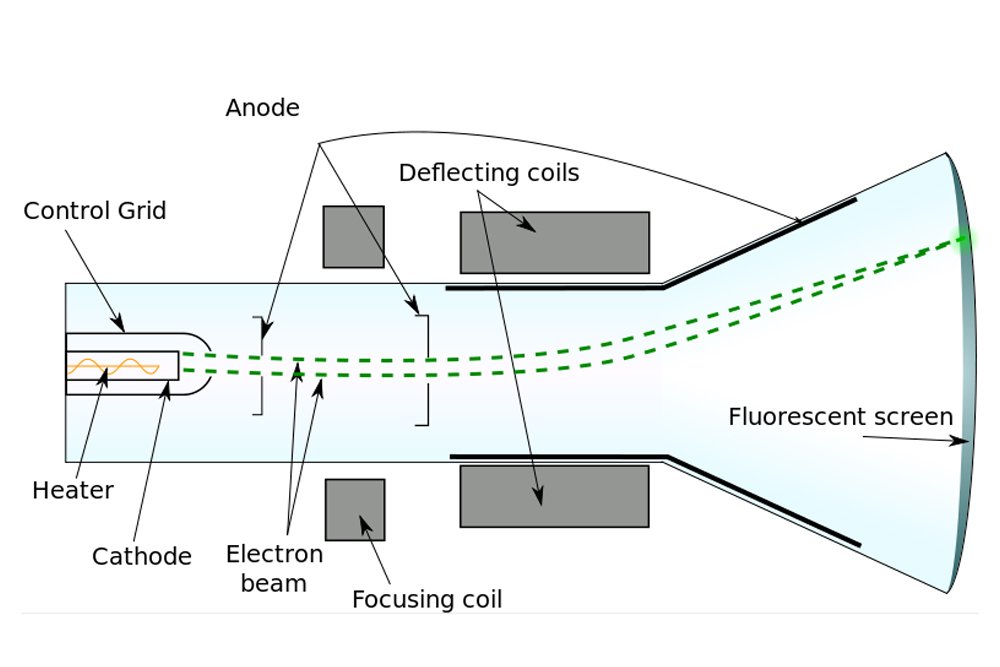 According to calculations, the particle was found to be tremendously tiny, at least 1000 times smaller than an atom itself. Thomson had discovered the electron. The name, however, was coined by G.J. Stoney. Thomson, in fact, referred to this object as “the negative corpuscle”. As for the ether, it became unnecessary once James Clerk Maxwell successfully proved that light is an electromagnetic wave and therefore doesn’t require a medium to travel.

The discovery was profound. The electron was more fundamental than anything yet discovered. It was the first of the several minuscule objects now called sub-atomic particles to be discovered. However, atoms can’t simply confine a negative charge, because they are, of course, electrically neutral. Thomson immediately realized that there existed a source of positive charge that negated the negative charges and rendered the atom completely neutral.

Also Read: What Is The Electron Cloud? 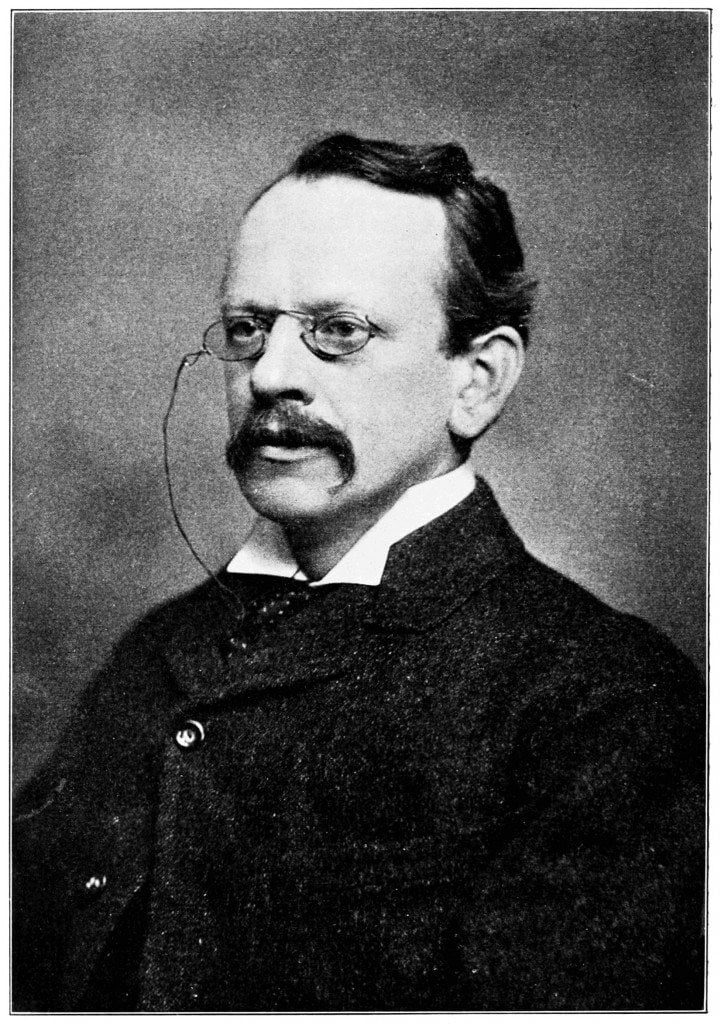 Joseph John Thomson won the Nobel Prize in 1906 for the discovery of the electron. (Photo Credit : Wikimedia Commons)

Thomson, in the prestigious Philosophical Magazine’s March edition of 1904, proposed a model of the atom according to which the atom was a bounded region of positive charge that was occupied by negative charges. In his own words: “the atoms of the elements consist of a number of negatively charged corpuscles enclosed in a sphere of uniform positive electrification.” The qualifier “uniform” is crucial here. The magnitude of the positivity of the space was equal to the net negative charge generated by the electrons, thus making the atom neutral.

The model, British physicists recognized, was reminiscent of a plum pudding, a dessert adored by the British. The electrons were the negative plums embedded in a positive pudding. The name stuck, and the model is still commonly referred to as the Plum Pudding Model. However, it is also often called the Watermelon Model. I’m sure the connotation is obvious. 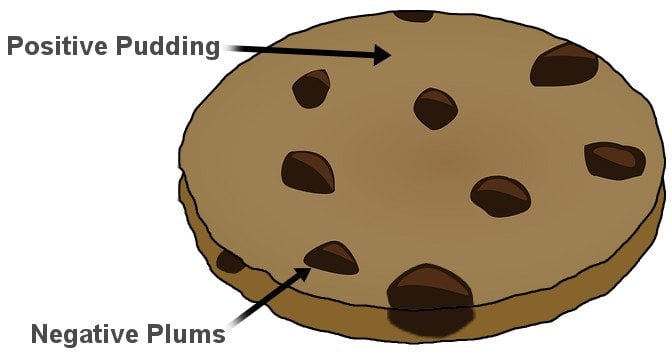 However, it’s strange that the name stuck. In Thomson’s model, electrons aren’t stationary like plums or seeds in their pulps. He proposed that they constantly move, or more precisely, rotate very rapidly. The orbits were stable because, as the electrons moved away from the center of the sphere, they were subjected to an even greater positive force, for their orbit now encompassed “more” positive charge. The orbits were further stabilized as the electrons interacted with other electrons. The pushing and pulling negated, thus allowing the electrons to rapidly rotate in circles. However, these very circles proved to be the model’s failing.

In the early 1850s, physicists discovered that elements imparted with energy, for example, by means of heat, emit a distinct pattern of colors. The colors seem discontinuous, but when viewed with what is called a spectroscope, a device that separates colors by their wavelengths, it is seen that the colors are emitted intermittently: the lines of colors are separated by lines of complete darkness. Such a pattern is called an emission spectrum and every element generates a unique pattern. In fact, because every element generates a unique spectrum, scientists use these spectrums to identify known elements or discover new ones.

To determine the accuracy of an atomic model, scientists compare the spectrum that the model predicts for an element with the actual spectrum that the element emits. If every element’s (or at least a substantial number) spectrum is exactly replicated by its model, the checkbox is marked correct. Of course, the checklist is quite extensive, but this is surely a good start. Thomson proposed that the electrons orbiting the center were responsible for the spectrum. However, Thomson’s model couldn’t successfully predict the spectrum of even a single element, not even hydrogen, the element that comprises only a single electron. To achieve the expected results, Thomson tinkered with his model, but it was all in vain. His attempts were unsuccessful.

Then, in 1911, Ernest Rutherford interpreted what is now famously called The Gold Foil Experiment conducted by Hans Geiger and Ernest Marsden in 1909. Rutherford successfully predicted the existence of an immensely dense concentration of positive charge in the center of atoms. This was called the atom’s nucleus. The atom wasn’t a cloud of positive charge specked with electrons; in fact, it was found to be almost entirely empty. For perspective, if the atom is the stadium, the nucleus would be the baseball. 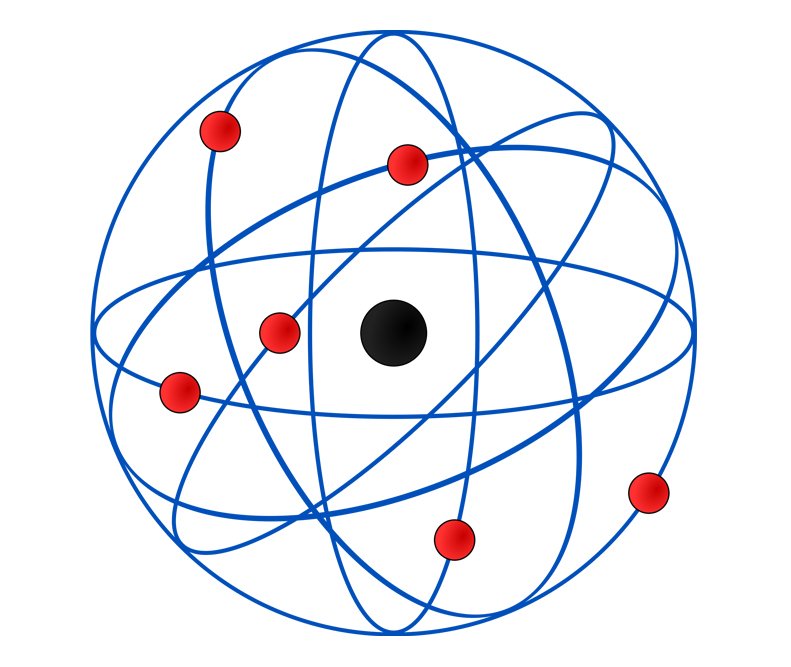 Also Read: How Do We Know So Much About Atoms When We Can’t See Them?

Despite being proved embarrassingly wrong, Thomson – remember a man well-versed in the principles of science – was rather proud of Rutherford, for he was Thomson’s most prized student. In fact, ironically, it was Thomson’s very own son, George Thomson, who subsequently demonstrated that electrons do not merely behave like “corpuscles”, as his father had described, but also like ripples in a pond. He was the first physicist to experimentally prove the wave nature of electrons.

Each won a Nobel Prize for their revolutionary contributions, for unveiling the strange but true nature of Nature. However, Rutherford’s success seems fortuitous, it was the clenched fist that Thomson decided should not be tapped and asked to be twisted and opened. After performing the cathode ray experiment, Thomson actually made three propositions: 1) each negative charge inhabiting the atom is paired with a positive charge; 2) an atom is a “soup” of uniform positive charge in which negatively charged particles encircle the center like sharks; or 3) the negatively charged particles orbit a central region of positive charge, which has the same magnitude as the net negative charge generated by the “corpuscles”. Thomson had to make a choice. The rest, as they say, is history.