The Dalton Atomic Model is a model of the atom that was proposed by John Dalton. The model was based on the laws of conservation of mass, constant proportions, multiple proportions, and reciprocal proportions. The model postulated that atoms are tiny indivisible spherical objects that cannot be divided any further. The model was later disproven by the discovery of the nucleus, protons, and electrons.

For someone to think beyond the constructs and limits of their intellect is difficult, but for a person to conceive something that has never been imagined by any other human mind is a feat that belongs to the brain of a genius. That is precisely what John Dalton did. Much of the Dalton Atomic Model has been disproven, but he is still considered the man who laid the foundation for the atomic theory we celebrate today. Before we dive into the Dalton atomic model, let’s take a brief overview of the atomic theory that had been established before it. 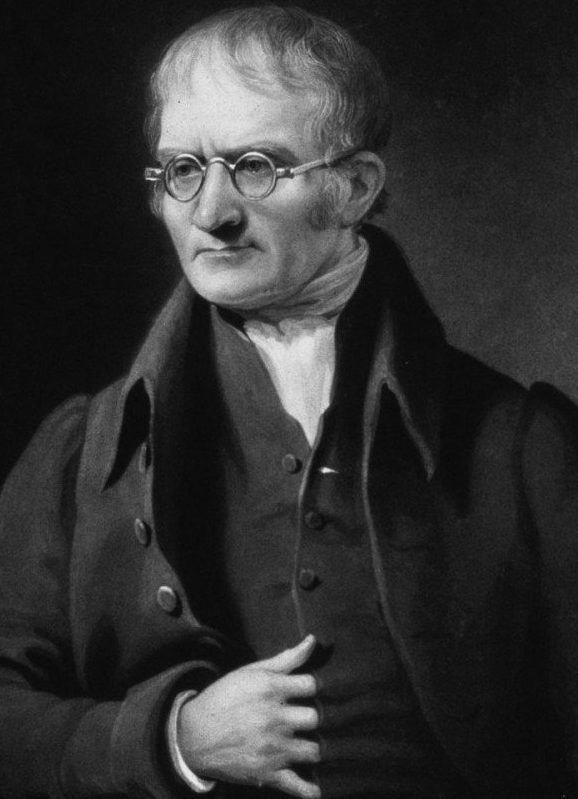 The Basic Laws of Atomic Theory

The first thing we will be looking at is the Law of conservation of mass. It was a law founded by Antoine Lavoisier in 1789. The law of conservation of mass states that the net change in the mass of the reactants and the products after a chemical reaction is zero. This implies that mass can neither be destroyed nor created. This implies that mass always remains constant in a chemical reaction. A few inaccuracies were noted in this law later, due to the fact that during some reactions, the mass can interconvert with heat and bond energy.

The next law is the law of multiple proportions, which states that when two elements form two or more compounds between them, the ratio of the masses of the second element in each compound can be expressed in the form of small whole numbers. The law was proposed by Dalton himself after studying the previous two laws.

The fourth and final law is the law of reciprocal proportions, which states that when two different elements combine with the same quantity of a third element, the ratio in which they do so will be the same or a multiple of the proportion in which they combine. James Ritcher proposed this law in 1792.

Based on the above laws that were laid down, Dalton formulated his idea on the fundamental nature of matter, which is how he came up with the concept of atoms. After studying the laws above with great scrutiny, he came up with the following postulates: 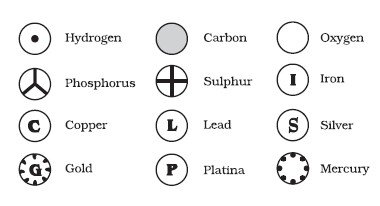 Based on the above postulates, Dalton was able to come up with one of the first models for the atom. Another name for his model is the billiard ball model. He defined atoms as tiny indivisible spherical objects that cannot be divided any further. He was unaware at the time (as was everyone, for that matter) of the concept of the nucleus, protons or electrons. If you had asked Dalton to draw an atom, he would have simply drawn a circle! 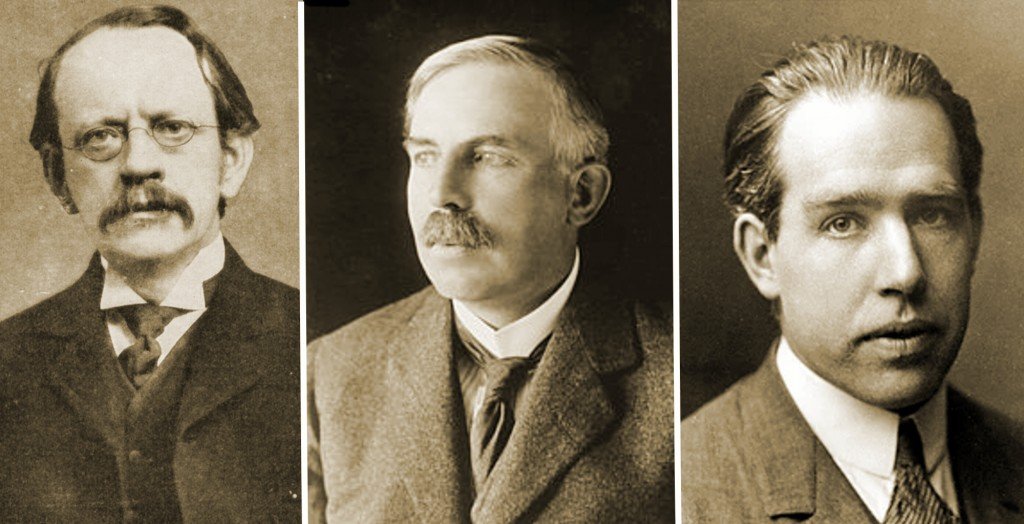 He did try to classify the atoms and was the first scientist to assign symbols to different elements. However, despite his best efforts, many discrepancies and fallacies crept into the very foundation of his theory. The second postulate could eventually no longer be accepted, as the atom could further be divided into protons, neutrons and electrons according to the Bohr Model of the atom. The third postulate was also found to be false, as isotopes are the same element, but have a different atomic structure. Finally, the fourth postulate was also proven wrong due to the existence of isobars, which are atoms of different elements that have the same mass.

After J.J. Thompson announced his model of the atom, it solidified what was true in Dalton’s remaining postulates. Later, Rutherford combined both Dalton and Thompson’s ideas and came up with a roughly accurate model for the atom. It finally took Niels Bohr and the quantum mechanical model to establish the modern atomic model that we know and admire today!