Unlike charges are attracted to each other, but protons and electrons within the space of an atom do not interact with each other. Quantum physics attempts to explain the reason behind the absence of this forbidden interaction.

The foundation of the question ” Why do electrons not collide with protons?” comes from the Rutherford planetary model of an atom.

This is an overly simplified model of an atom as a central dense nucleus consisting of protons and neutrons, with electrons revolving around the nucleus, an idea structured on the solar system. Quantum physics attempts to explain this interaction less abstractly.

Rutherford model as an extension of the solar system

This model failed to explain the stability of a particle in a circular path, but it did leave an indelible question that has lingered for generations: Why don’t electrons end up pulling on their protons?

Rutherford hypothesized that the stability of an electron is a balance between the centrifugal force of the revolving electron and the attractive forces of the nucleus. It is a perfect picture hypothesis, but unsustainable!

Why is Rutherford’s  planetary model invalid?

A charged particle revolving in an orbit must change direction, resulting in acceleration. A charged accelerating particle will lose energy in electromagnetic radiation, and eventually collapse into the nucleus.

However, this does not happen. An atom is extremely stable, so we need to move away from classical physics and spin towards quantum physics for an answer.

Evolution of the structure of an atom 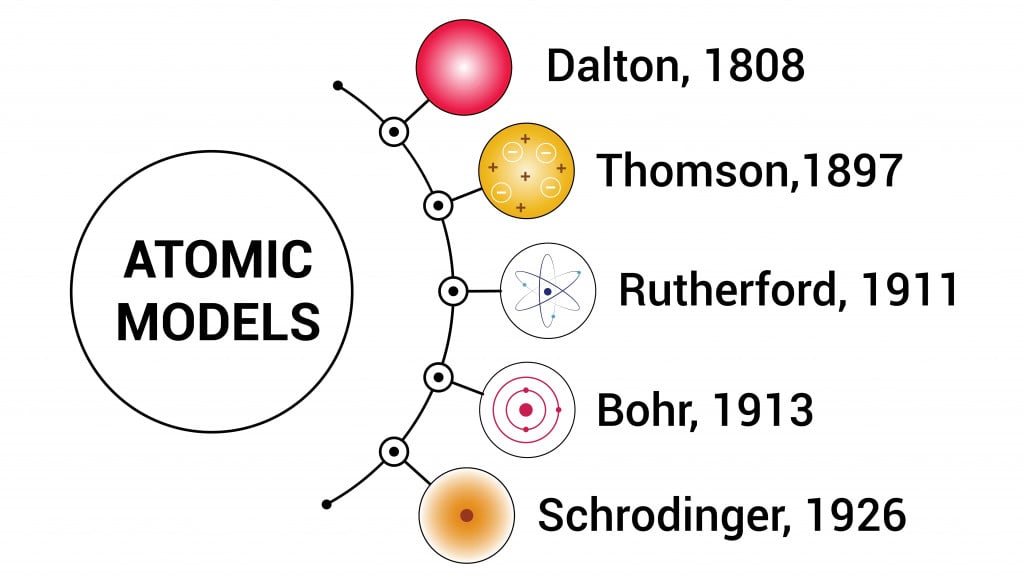 Timelines in Structure of an atom (Photo Credit : sousou07/Shutterstock)

However, the model could not explain the line spectra of atoms with more than one electron.

Schrodinger and Heisenberg put forward theories and mathematical equations for the stability of an atom, which led to the birth of quantum mechanics. According to this school of physics, the position and momentum of an electron cannot be determined simultaneously.

With the electron cloud model of an atom, there is no forbidden zone for electrons to cross.

Then what stops the electrons and protons of  an atom from interacting?

This is very clear from a small balloon experiment. Static electricity is an electrical phenomenon in which charged particles can be transferred from one body to another. 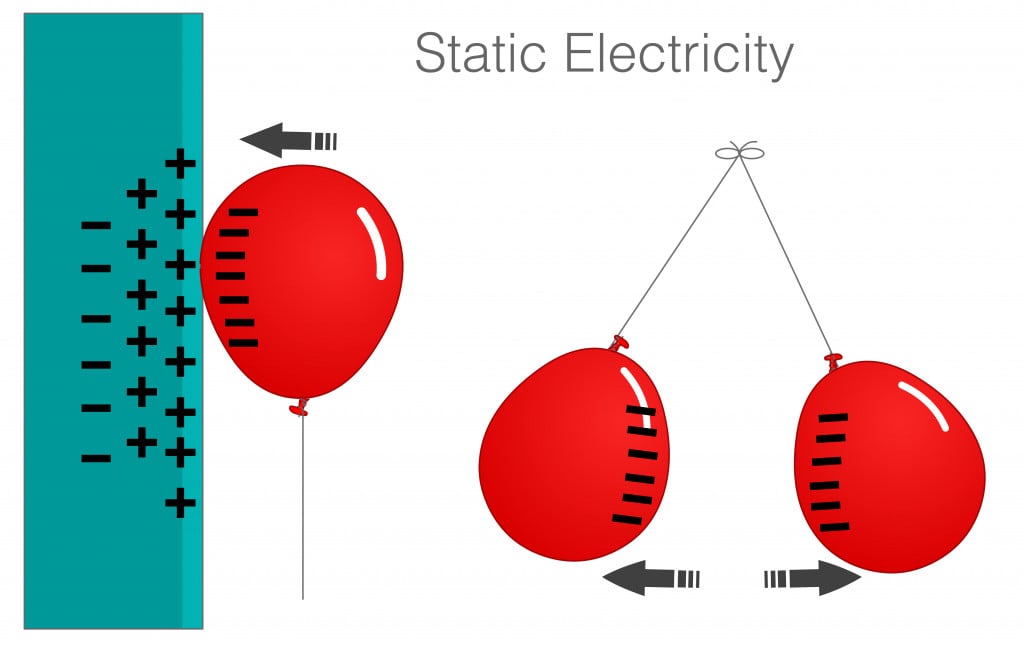 When the electrons from one type of matter are attracted to the protons of another, then why do electron and protons within the same atom not interact? In theory, electrons should zoom right into the nucleus!

Four concepts forbid interactions between protons and electrons of the same atom.

2. The final deck in the game: the battle of the infinities

If the electron did enter the nucleus, it still wouldn’t combine with the proton. The potential energy of an electron becomes negative as it approaches the nucleus and is minus infinity inside the nucleus. In contrast, the kinetic energy of electrons keeps increasing and it is positive infinity inside the nucleus, which is called the confinement energy. A fall in potential energy is twice the kinetic energy. This will make the electron hop at a distance equal to Bohr’s radius, thus limiting its interaction with protons.

Thus, for an electron and proton to combine together to form a neutron, energy, mass, or both must be added.

Electrons may occasionally enter the nucleus, but it is improbable for them to interact with protons to form a neutron. Several concepts explain the absence of this fatal attraction: the battle of infinities, the wave property of electron, and the gap in the mass of a neutron to the sum of the masses of a proton and electron. The forbidden interaction of protons and electrons is a fundamental property that keeps atoms and the Universe intact!