The concepts of altitude and direction do exist in space, but they can fluctuate based on the context and the reference frame of nearby celestial objects and areas. Gravity is the primary force that determines the perspective of these terms.

If you’ve ever watched a video of astronauts on the International Space Station, then you’ve witnessed how strange it looks to be weightless. They bounce off the walls, floating freely, with no concept of up or down, enjoying their enviable slow-motion adventure. You will often hear physicists and astronauts say that there is no “up or down” in space, but what does that really mean? Do the cardinal directions still apply? If you don’t have a down or up, can you really have a right and left? Or an east and west? 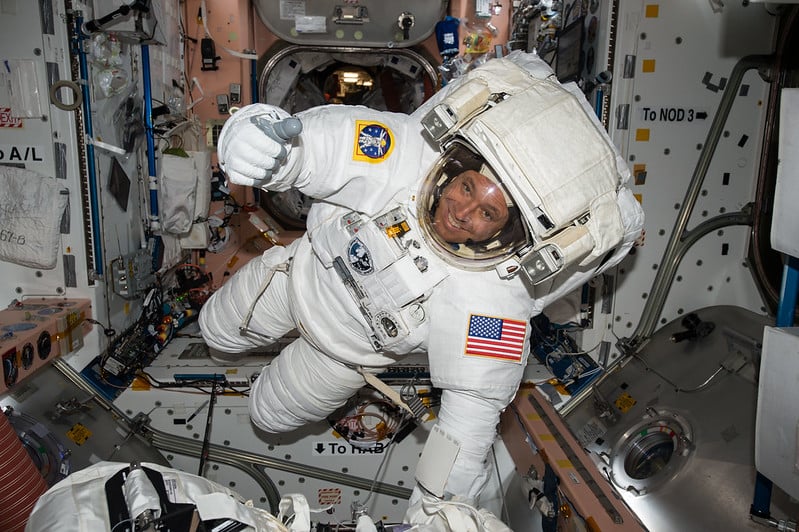 Just thinking about that lack of orientation makes my head spin, yet we manage to send satellites and shuttles worth billions of dollars across the solar system, years in advance, to perfectly meet up with a planet moving tens of thousands of miles per hour. Clearly, the experts have figured out astronomical navigation, but do the concepts of altitude and direction even exist out there?

Where Does Space Begin?

Altitude, cardinal directions and the concept of up and down certainly exist on Earth, so before we can understand whether they exist in space, we need to understand where “Earth” ends and “space” begins. While you may think that this is a simple distinction that the entire planet should agree on, that isn’t the case. International law states that “space” is free for use and exploration, and is not owned by any sovereign nation, similar to “international waters” on the planet. However, there is not an international law that clearly states where space begins.

The Karman Line is an imaginary line 100 kilometers (62 miles) above sea level that is widely accepted as the boundary between Earth’s atmosphere and space. The Karman Line is often used as a measurement to determine whether spaceflight has been achieved. Some nations, including the United States, argue that space begins approximately 12 miles lower, at 50 miles above sea level. Scientists have studied the transition point between Earth’s relatively calm atmosphere and the strong solar winds of outer space, and argue that the line should be around 73 miles above Earth’s surface. 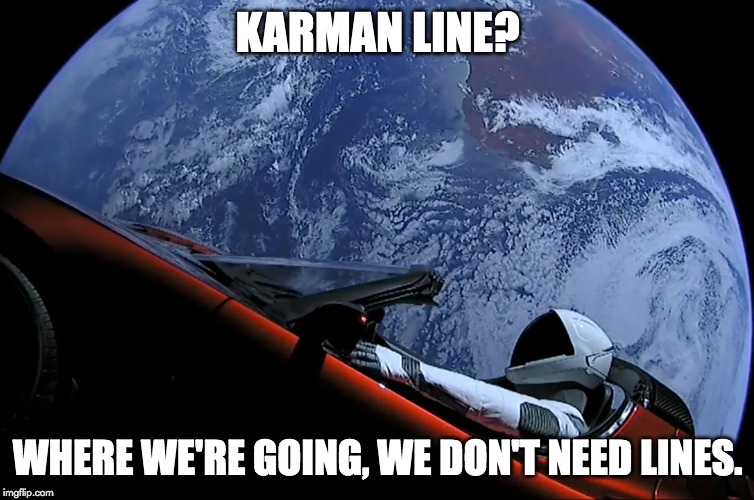 On Earth, we usually talk about altitude in terms of thousands of feet, as mountain climbers and frequent flyers know. Once we get into aeronautics and space travel, we use miles to measure our distance above Earth’s surface. The International Space Station, for example, orbits our planet at approximately 200-270 miles. The exosphere begins at around 440 miles, but there are also satellites orbiting Earth much further out. One of our planet’s most distant satellite is a Russian radio satellite with a high point in its orbit of around 330,000 kilometers from the surface of the Earth. Our beloved moon itself orbits the planet in a range of 363,000-405,000 kilometers above the planet. When the numbers get this high, “altitude” can just as easily be described as “distance”.

Now, Earth’s gravitational “sphere of influence” only extends about 1,000,000 kilometers in every direction, meaning that beyond that distance, the gravitational pull of the “primary” in the solar system (the Sun) would become dominant, and objects would begin falling towards the sun (or moving in a heliocentric orbit). At that point, the “altitude” would switch from distance above Earth’s surface to distance above the Sun’s surface. This gravity-based change in the frame of reference is important to understand for the other directions in outer space too!

With our feet planted firmly on the ground, thanks to the force of gravity, we know that “down” is beneath our feet and “up” is above our heads.  Using our own bodies’ perspective as a point of reference, we can then denote things as being to the left or right of other objects. Our general alignment with the planet’s poles provide us with reference points for concepts of north, south, east and west.

“Above” and “below” are subjective qualities that are made in relation to the observer, and while this works on Earth, the same thing can’t possible hold true in the weightless realm of space. Remember that everything in space is basically in free fall; that is precisely what an orbit is, and everything is orbiting something else. Astronauts and the ISS are in free fall around the Earth. They are falling as a result of gravity, but moving fast enough around the Earth, and with enough momentum, that they are falling away forever! The moon is doing the same thing in relation to our planet, Earth similarly orbits the sun, and the sun is doing the same thing with respect to the center of our galaxy . Our Milky Way galaxy is also behaving the same in relation to the center of our galactic cluster. 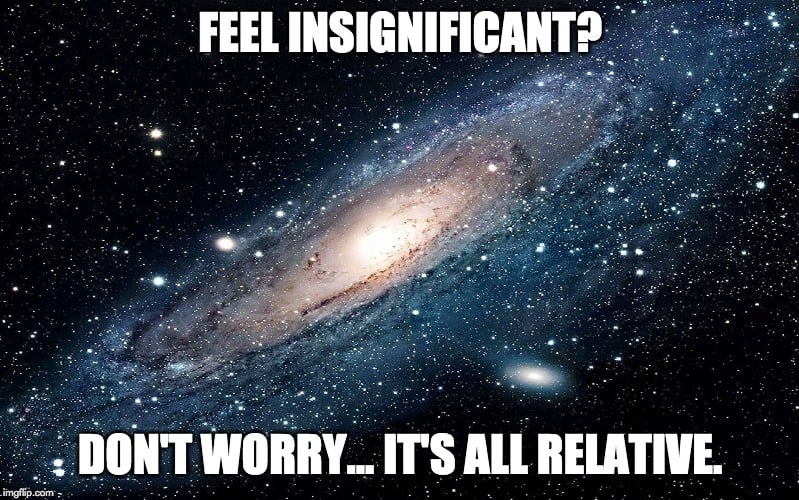 What we were describing above are basically “frames of reference”, which are required to orient oneself with respect to other objects. While this is easy on Earth, it is more difficult in space, when gravity can’t define “down”. Depending on your perspective in space, “down” is simply towards the celestial body under whose gravitational influence you find yourself, and forward is the direction of your momentum. Fortunately, the use of “left” and “right” is based heavily on individual perspective, and is relative to the viewer, not gravity. More specific reference frames are required to orient oneself in an environment without gravity.

A common reference frame in use on the ISS, for example, is the +/- XYZ axis, to represent forward/back and up/down. At the center of the station, +X would denote something towards the “front” of the station, while +Z would indicate the direction towards Earth. However, similar to the way of discussing altitude in interplanetary space, these frames of reference will also change based on your location in the solar system. As a shuttle approaches Mars, for example, the coordinates and proximity must switch to a Martian reference frame, rather than one based on Earth.

Also Read: How Close Must You Come To Earth To Be Influenced By Its Gravity?

For the most part, human forays into space remain close to home, as there are roughly 5,000 satellites orbiting Earth as we speak. The gravitational force of Earth is keeping them all in the frame of reference of Earth, both in terms of their distance from the surface and their direction/orientation. Outside our planet’s sphere of influence, the frame of reference must accordingly shift in relation to gravitational dominance or physical proximity. This will redefine the directions and orientation. In other words, the math of the universe is never changing, but the point of view is forever in flux!