No, Earth hour is not actually effective.

This is the amount of electricity our world population consumes per hour.

If that statistic is hard to wrap your head around, think of it this way—1 TWh is equivalent to burning 9 million tons of coal or 10.8 million barrels of oil. 1 TWh was also the estimated global energy consumption stats for the year in 1890.

Imagine the prodigious amount of greenhouse gases being pumped into our atmosphere at such a ridiculous rate, tearing through the ozone cover to embrace damaging cosmic radiation from space, mutating the genetic code of life forms on this planet. Is Mother Earth capable of handling such pressure? Will humans lead to their own doom, along with the several million animal and plant species that share this planet with us?

These threats have been regarded as dire revelations to our world, which led the WWF (World Wildlife Fund), to propose the idea for the Earth Hour. 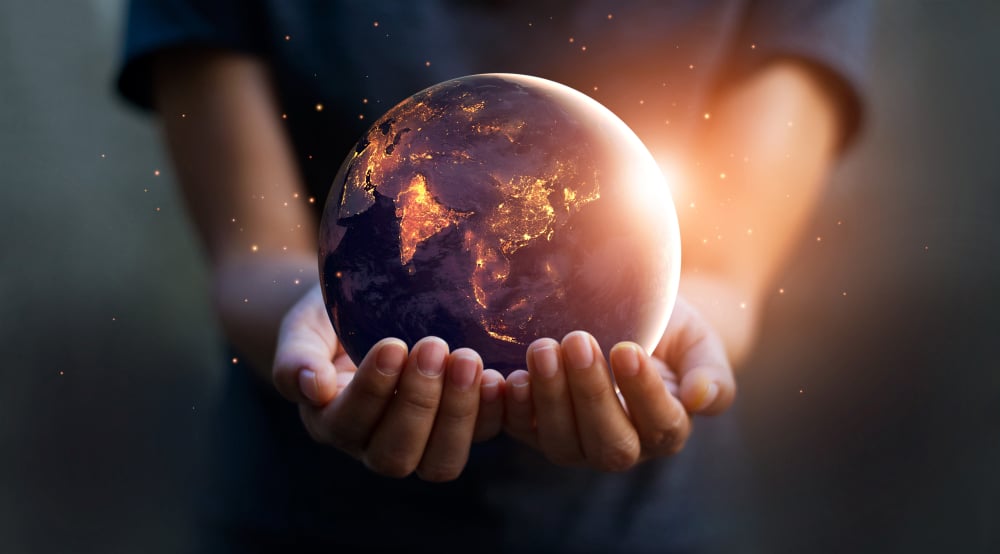 What is Earth Hour?

Earth Hour initially started in 2007 as a “lights-off” event in Sydney, Australia. Since then, it has become a powerful event for promoting environmental consciousness and awareness on a global level.

Annually, the last Saturday of March is when Earth Hour is celebrated, when millions across the globe choose to turn off their lights from 8:30 p.m. to 9:30 p.m.. Small as that effort may seem, it has provided pivotal support for raising our world awareness of the threats we are creating for ourselves. 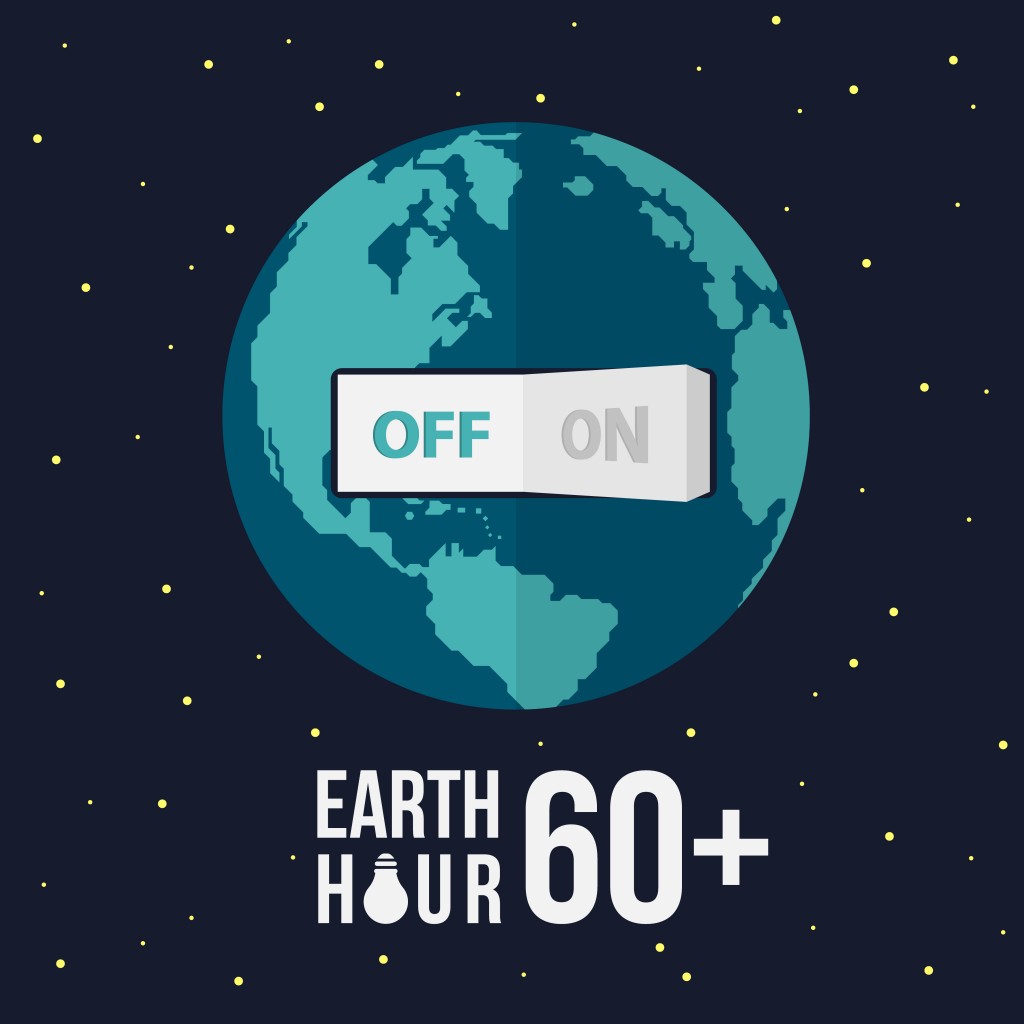 Whether it is air pollution caused by the gases released in electricity production (burning fuels) or light pollution preventing the inhabitants of this planet from enjoying the cosmic canvas, pollution is a serious issue. Cutting down humanity’s carbon footprint to practicable levels to create a robust green environment is what this movement aims to achieve.

Let’s take a look at how the universe might appear if all the lights on Earth were turned off.

Kill the lights and enjoy the sights

The glare of urban living all but eliminates the cosmic show playing overhead, keeping most people oblivious to the enthralling sight of dazzling stellar beauty.

Light pollution might sound like a somewhat “safe” variety of pollution, but it has still been successful in blocking the light of billions of galaxies and other stellar enigmas from reaching our retinas.

This limitation is because of our inefficient and gravely unskilled usage and positioning of light-emitting equipment, such as bulbs, neon billboards, street lamps and all other poorly oriented and improperly shielded artificial light sources. Their light and the electricity consumed in sourcing that light is being wasted by spilling it into the atmosphere, rather than selectively focusing it on areas or specific objects that need to be illuminated.

If Earth Hour was truly taken up as a global mantra and the inhabitants of our global society decided to switch off their lights, even for an hour, here’s what the cosmos would look like… 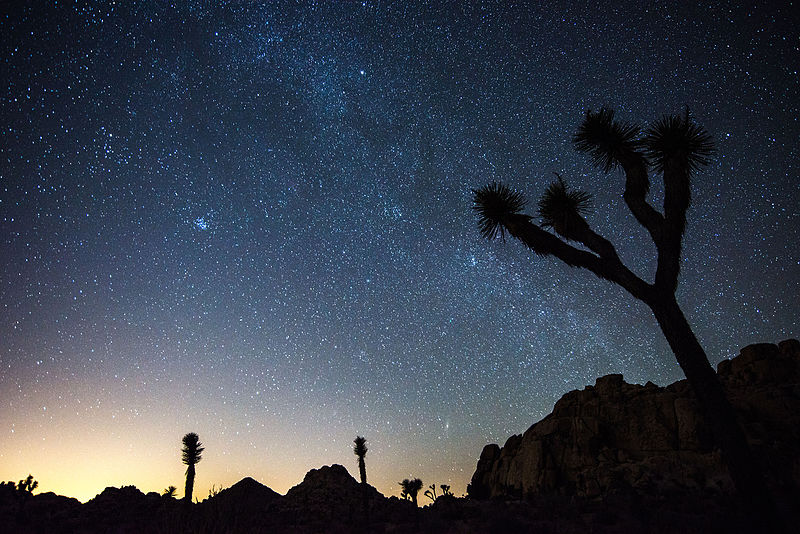 The night sky would bubble with glistening stars and galaxies, which otherwise go unnoticed by the naked eye due to overwhelming light pollution (Photo Credit: Joshua Tree National Park/Wikimedia Commons)

However, does this imply that cutting off electricity would benefit humans in cutting down greenhouse emissions?

It’s actually not a good idea, after all…

The main motive behind shutting down all electrical devices is to give our power plants a break, thus reducing CO2 emissions on a global level. What an ingenious way to battle climate change! Or is it?

As it turns out, this situation has layers of complexity hiding beneath its exciting surface. If Earth Hour caught on worldwide, the skies would indeed glimmer under the shining stars of our Milky Way, but would it be enough to guide you through the near pitch-black Earth? 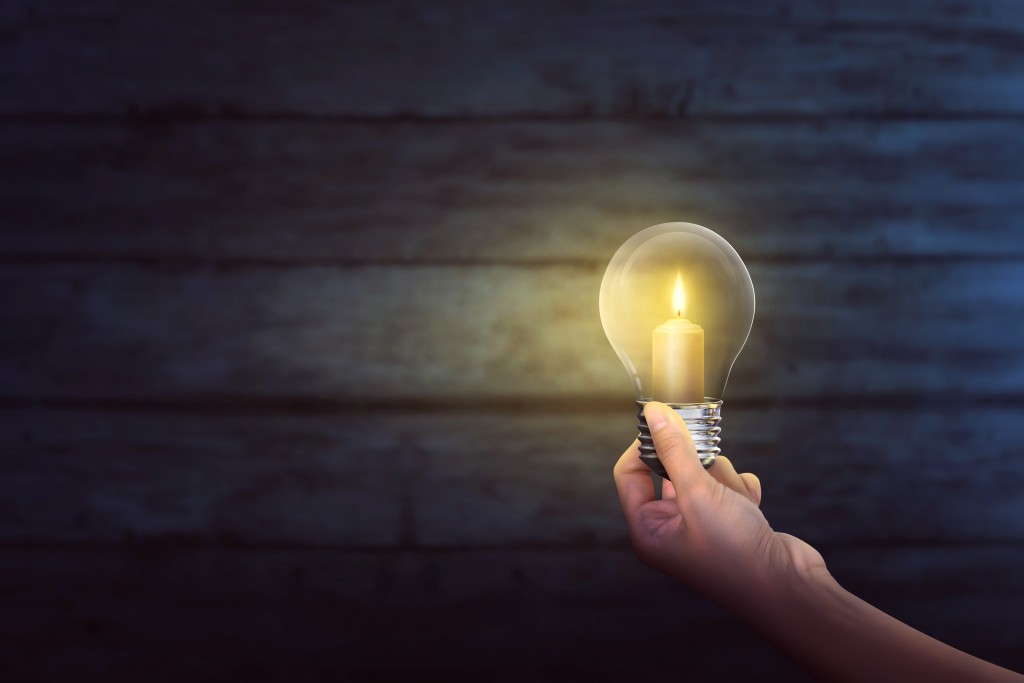 The total candles that would have to be burnt to obtain an adequate amount of light would also emit CO2, just like the glowing lightbulbs on Earth (Photo Credit: leolintang/Shutterstock)

At 100 times less efficient than your modern-day bulb, good old candles would be the only alternative for light left. However, guess what? Candles emit CO2 too and owing to their less efficient and quite dim glow, it’s quite possible that you would need to light one more, thereby increasing the CO2 emissions once again.

Instead, perhaps you decide not to burn any wax and just enjoy the starry night. You’re satisfied with yourself now, as you did cut down on greenhouse emissions and contributed to a greener environment, right? Well, no… you’re wrong again, as power plants don’t quite work this way.

The coal-powered generators would, no doubt, emit less CO2 during that dark hour. However, when everyone turns their lights back on after all the commotion has settled and you have “done your part”, per se, the power stations would literally feel the heat. The sudden increase in demand for electricity would compel them to fuel even more generators to serve consumers’ demands.

The result? Even more CO2 being pumped into the atmosphere. This extra carbon waste would begin trapping more heat in the lower reaches of the atmosphere, almost certainly accelerating climate change. Furthermore, we have only considered the case where the power plants were actually able to cope with such rapid increases in demand. What if, in a worst-case scenario, they were compelled to perform an emergency shutdown, leaving your city with no electricity, perhaps for days on end. You can imagine the horrors of this electrical famine and its effects on the planet’s health, economy and lifestyle.

Overloading the power grids with excessive demands would lead to an overall power loss.

The Earth Hour was an initiative with good intentions and a means of spreading awareness amongst both young and old. It deserves the utmost respect for helping global citizens understand the importance of conservation and all its habitants. However, good intentions often mask crude realities.

It’s essential for us to realize how important it is to apply an educated approach to every step we take. Globally reducing electricity usage or other such sources of harmful greenhouse emissions is not a solution to fight this scenario. A better approach to this situation is to employ more mindful usage of such commodities at all times.