We can all agree that times are tight and saving money is more important than ever. People are looking for small ways to cut their costs, such as driving less, picking up groceries instead of eating, and reducing luxury purchases. However, some people claim that hundreds of dollars in energy costs can be saved by pulling appliances off the wall when not in use.

Differences in the devices

Many devices, such as a table lamp or radio, are turned off, but not all devices. Chargers are one of the main concerns and are perhaps the most prominent “energy vampires” in your home. 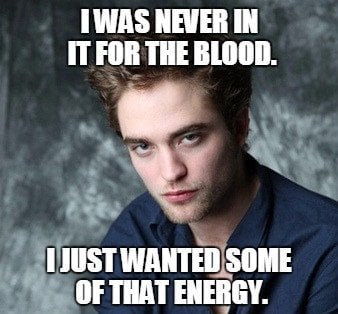 Many people have multiple devices such as laptops, tablets, and smartphones in our modern age, all of which need to be constantly charged to keep us connected. This has led to multiple chargers being left at home, and the office is often plugged into the wall with the cord conveniently waiting for the next time your phone needs some juice.

Chargers continuously draw power from an outlet, even if your device is not connected. Although this amount could be as little as 25 watts, imagine that over 4-5 devices combined for a year consume more energy than you passively consume.

Another common way to lose energy is to connect a device to a charger after it is already fully charged. This careless practice can consume up to ten times more passive energy without any added benefit!

Cable boxes, Apple TVs, Xbox consoles, and any other modern application of this kind also result in constant power consumption. While it isn’t that realistic to unplug the cable box every time you turn off the television, these devices often wait in a “standby mode”, constantly drawing power so they can snap to attention and activity at the touch of a button. Furthermore, running a constant router and cable box 24×7 is foolish if you don’t spend that much time online!

Power strips are great devices for controlling the flow of power to large groups of objects, but if the power strip stays on all the time, it can also unnecessarily tap electricity and add to your bill.

How Many Clocks Do You Really Need?

One of the easiest to overlook energy phantoms comes in the form of your digital clocks and displays. Many of our devices maintain digital displays that light up with time, from coffee machines and bedside alarm clocks to the DVD player in your family room.

Lighting these LED displays is also a small, constant burden on your power supply, but it’s very easy to ignore these energy vampires.

While it would be time-consuming and frustrating to turn off all of these devices each time you use them, the less frequently used devices should be disconnected.

How Can You Save Energy?

There is no clear solution to the problem of energy vampires, but there are many ways to find out what devices use phantom power and try to reduce consumption. There are even products that you can buy, so-called electricity meters, where you can test which devices in your home are sucking this unused power out of your walls and increasing your energy bills. Another good thing to do is to look for the Energy Star label on many products, which certifies that they are energy-efficient and do not draw phantom power; this certification is available for chargers and transformers, two of the main culprits of energy waste. Certain power strips are also being developed to detect when an energy need is present, and if the device is not connected, no power will be drawn.

These tiny increments of energy may not seem significant. Still, we’re in the midst of a green revolution, so saving a few hundred watts a year per person across an entire continent will definitely start adding up. Depending on the products and your current usage habits, you might be able to save anywhere from a few dollars to hundreds of dollars on your energy bills each year.

So to answer the original question, some devices draw phantom energy that can add up over time. Being informed and conscientious about what you plug in and how long you’re leaving it there can help you save money and protect the environment at the same time.