Cockroaches are one of those unfortunate insects that the majority of human beings despise. There is something unnerving about their mere presence that sends people dancing all over the room, terrified of having these bugs underfoot. Most of the time, cockroaches do not harm anyone directly, but they are still hated by millions of people around the world.

For the same reason, many people might wish for a world that is free of cockroaches. With all this talk of cockroaches over the years, a number of stories and myths have developed. For example, there is a very popular myth associated with cockroaches that they can survive a nuclear explosion (which we have actually debunked in this article). However, what would happen if, somehow, cockroaches were completely wiped out?

Let’s see how the world would be if there were no cockroaches at all.

The World Of Cockroaches

There are somewhere between 5,000 and 10,000 species of cockroaches across the globe. Some of those species are actually  quite attractive (believe it or not) and certain species even have the ability to glow in the dark (giving fireflies a run for their money).

However, there are only a few species that commonly infest households and instill such disgust in people. The most common household cockroaches are Blattella germanica, the German cockroach; Periplaneta americana, the American cockroach; Supella longipalpa, the brown-banded cockroach; and Blatta orientalis, the Oriental cockroach.

Danger To Certain Species Of Wasps

Srini Kambhampati, a professor and chair of the biology department at the University of Texas, elaborated on the question of cockroach disappearance and what would happen if they were to suddenly become extinct. There are a number of creatures who prey on cockroaches, such as rats and mice. What’s even more interesting is that even humans eat cockroaches in some parts of the world. However, we are not saying that humans, rats, and mice would suddenly go extinct if cockroaches disappeared, but yes, they would be affected in slight ways.

Also Read: What Would Happen If All Insects Vanished From The Planet? 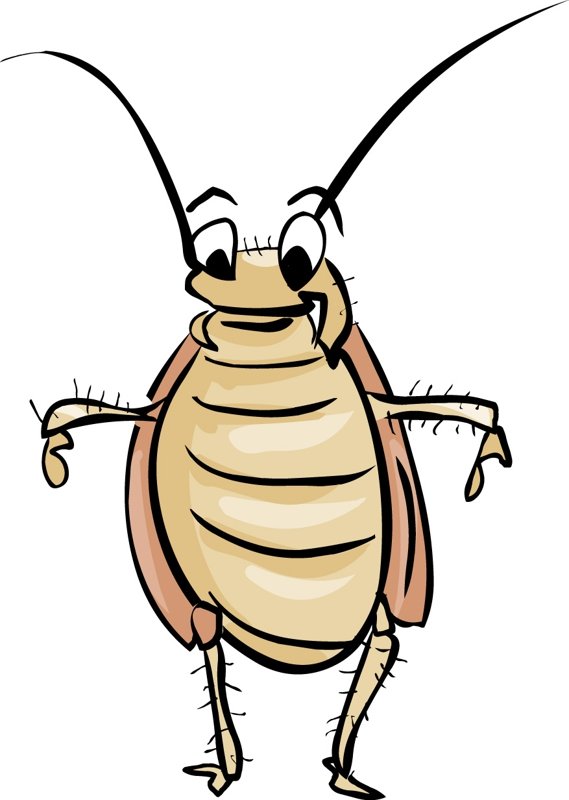 There are also certain creatures, like parasitic wasps, that completely rely on cockroaches for their survival, as they specialize in parasitizing on cockroach eggs, so these types of waspe would definitely go extinct.

Danger To Common Animals And Birds

It’s understandable that people aren’t particularly interested in the survival (or rather, extinction) of certain parasitic wasps, but the disappearance of cockroaches would also impact the animals and birds that prey on cockroaches. These include cats, wolves, coyotes, certain reptiles, eagles and various other species of birds.

it’s beginning to seem like we would be a bit more than concerned if these fast-moving bugs were suddenly wiped off the face of the planet!

Yes, Even Forests Need Them!

This factor concerns humans in a rather direct, undeniable way, and it just may change your opinion on these foul little bugs.

Also Read: What Role Do Cockroaches Play In The Wild?

Maybe you need to take a more benevolent look at the cockroach you spy scurrying around in the corner of your house. Don’t forget, at a very fundamental level, cockroach poop is protecting our very existence!