If you’ve ever spent an afternoon gazing at your fish tank, or perhaps taken a gulp of ocean water while out for a coastal swim, you may have wondered how much of that water is actually composed of urine. Yes, it’s quite the unpleasant question to ask, but with tens of billions of individual creatures in our planet’s oceans, one has to wonder about where all the waste goes! 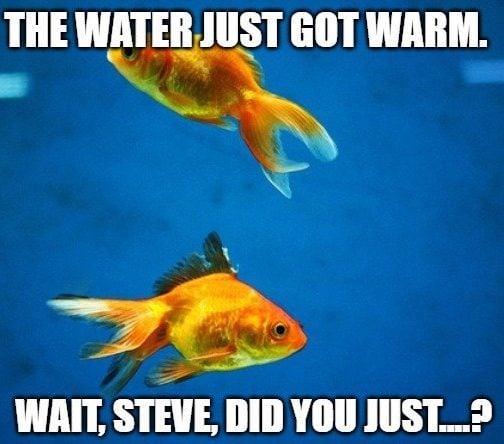 Well, in terms of the initial question of this article, aquatic animals DO urinate, and in fact, those waste products are an essential part of the global marine ecosystem!

Although this isn’t a subject that most people would consider “polite” around the dinner table, there is no denying that everything pees! The ability to excrete waste is, at every level of complexity in nature, is essential to the normal functioning of an organism. However, the way in which creatures expel their waste may differ between species, and things get even more interesting underwater. First of all, it is more difficult to tell when and from where a creature is urinating when it is surrounded by liquid water!

However, researchers have done extensive studies on this exact subject because we know how rich in nutrients our own urine is! It’s only natural to assume that the urine from marine animals would similarly release certain nutrients, minerals and amino acids into the water. As it turns out, the urine from marine creatures forms a key part of the nutrient cycle in our oceans. Whether you are talking about hundreds of gallons per day being expelled from whales, or a few drops of ammonia being squeezed from the gills of a tiny tropical fish, the process of urination is a key element of thriving ecosystems. 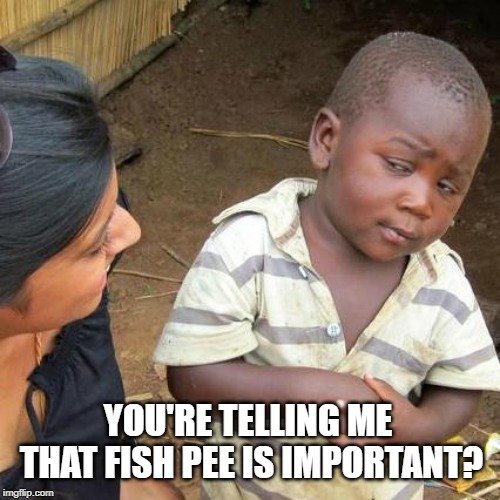 Let’s use an example to understand this a bit better. A blue whale, for example, the largest animal to ever exist on Earth, can weight up to 200 tons and in any given day, will expel between 200 and 300 gallons of urine. Their primary source of food, krill, often exist more than 300 feet down. When blue whales are feeding, they are usually doing so at great depths, but when they digest their food and urinate, they do so closer to the surface. In this way, many different whale species function as a nutrient “conveyor belt” from great depths up to the surface area, redistributing nutrients from their food into the higher regions of the ocean.

Furthermore, due to the long migratory patterns of whales, often across barren stretches of ocean, their massive urine deposits work like fertilizer. Phytoplankton are the microscopic foundation for all life in the ocean, and the nitrogen- and phosphorous-rich urine from whales and other large migratory marine animals is an ideal food source for these tiny creatures. Without even knowing it, the millions of gallons of whale urine expelled into the ocean every day help to keep the entire cycle of oceanic life rolling along! 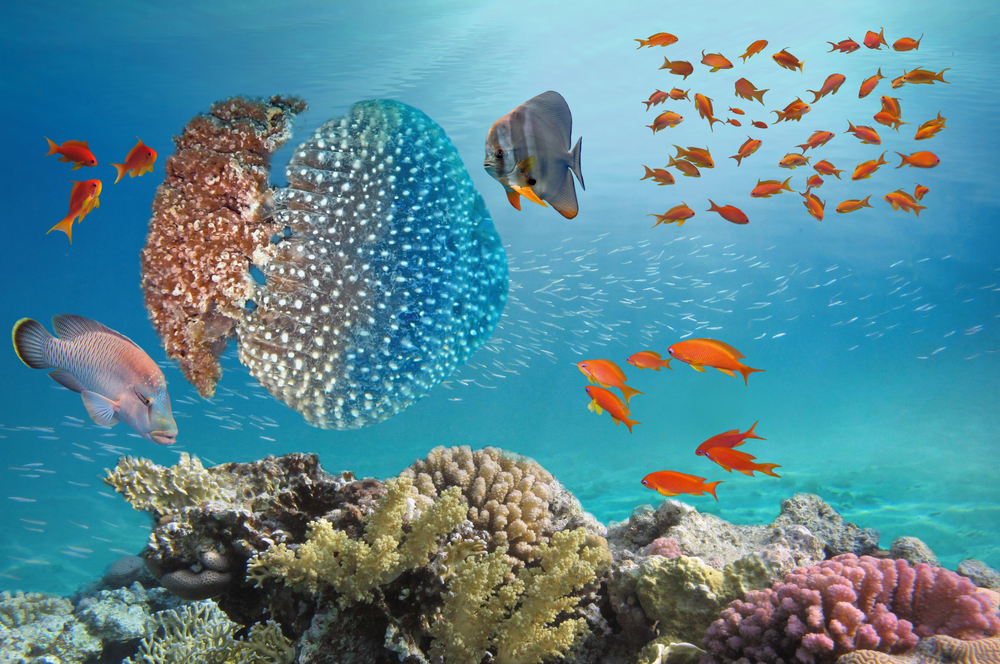 When you think about massive humpback whales and sea lions urinating in the ocean, it seems like it might also account for more than a “drop” in the proverbial bucket of the ocean, but what about all those smaller fish? How could their tiny bodies and their small level of urine make a difference in the vast expanse of the ocean?

Well, fish urine may not be as effective as an oceanic fertilizer being spread for thousands of miles, but in their own tiny neighborhoods, fish and their waste products can have an impact! When it comes to coral reefs and other coastal ecosystems, nutrients are not always in rich supply, but they do have booming and diverse populations. When the hundreds of species of fish urinate near coral reefs, the nutrients in their urine is almost immediately snatched up by the coral and its inhabitants. Again, nitrogen and phosphorous, as well as various amino acids and other minerals, can help a coral reef to thrive and grow, and these are found in measurable amounts in fish urine. 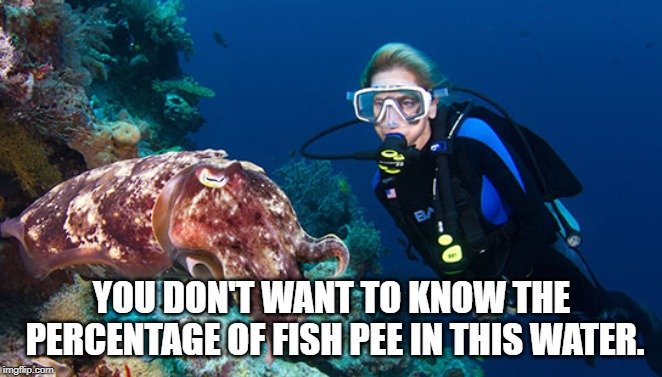 That being said, not all fish are created equal, so not all fish have as much of an effect. Saltwater fish don’t tend to urinate as much, since they are more easily able to maintain osmotic stability with their surroundings. Most saltwater fish excrete ammonia through their gills, as this is one of the few waste products that they regularly produce, due to the excess amount of salt in their body. Freshwater fish, on the other hand, may excrete ammonia through their gills, but they also have a urinary pore, through which they can eliminate excess water. This water may have amino acids, urea, and other organic acids, such as creatinine and creatine. Numerous research studies have shown that areas with high fish populations have more nutrient-dense waters, and coral reef and oceanic vegetation grows 1.5-4 times more rapidly than in fish-barren areas.

Trouble in the World’s Toilet

Although it’s a good thing that marine animals use the ocean as their toilet, humanity’s treatment of the oceans as a toilet—and a trash can—are anything but good. Human waste products have the wrong concentration of waste products, which can actually be damaging to ecosystems, not beneficial. Furthermore, the effects of pollution, dumping, climate change and overfishing mean that the oceans’ populations are dropping at an alarming rate. Estimates say that about 50% of marine life has been eliminated in the past 40 years, which means that 50% of the urine being pumped into the oceans has also disappeared. 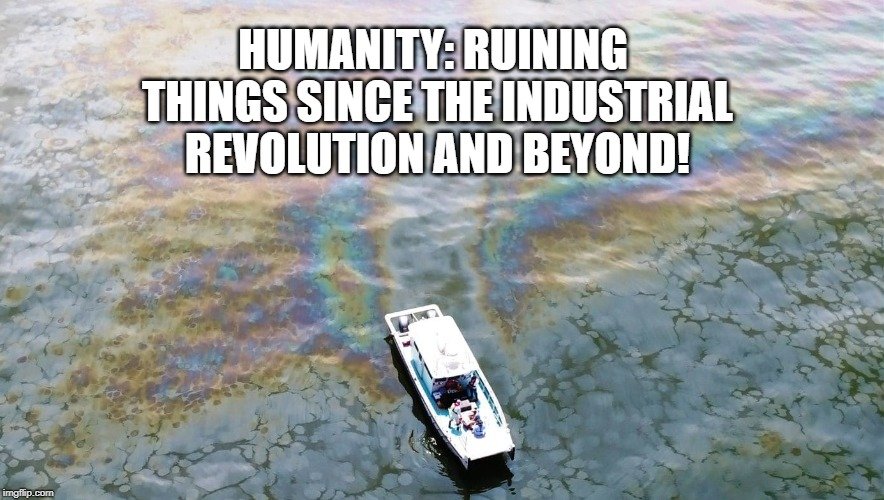 Without a strong foundation for life in the oceans—helped along by the presence of marine urine—it will be a harder and slower process to recover from climatic or manmade disasters. We are already seeing the widespread bleaching of coral reefs across the world, and as fish populations dwindle, those coral reefs will take longer to repopulate and recover—if they ever do. You may have never given any thought to the critical role of #1 in the future of our oceans, but it’s a real problem, yet another offshoot of humanity’s current ecological crisis.