Even with advancements in camera technology, the fundamentals driving a camera is still the same as that of its early predecessor, the camera obscura.

The DSLRs of today capture images that are crisper than our memories. All of this magic is now possible because of an invention that dates back four centuries—the camera obscura.

Camera technology has come a long way since those times, but surprisingly, the basic physics behind cameras hasn’t changed all that much. Let’s look at the camera obscura, and examine the journey of camera technology from then to now.

What is a Camera Obscura?

For centuries before the camera, we relied solely on painters and sculptors to capture and immortalize moments from life. It was for these artists that the camera obscura was first popularized.

The term camera obscura translates into ‘dark chamber,’ which is essentially what it was. A camera obscura is a dark room with a small hole or a lens on one wall through which light passes and projects an image onto the opposite wall. 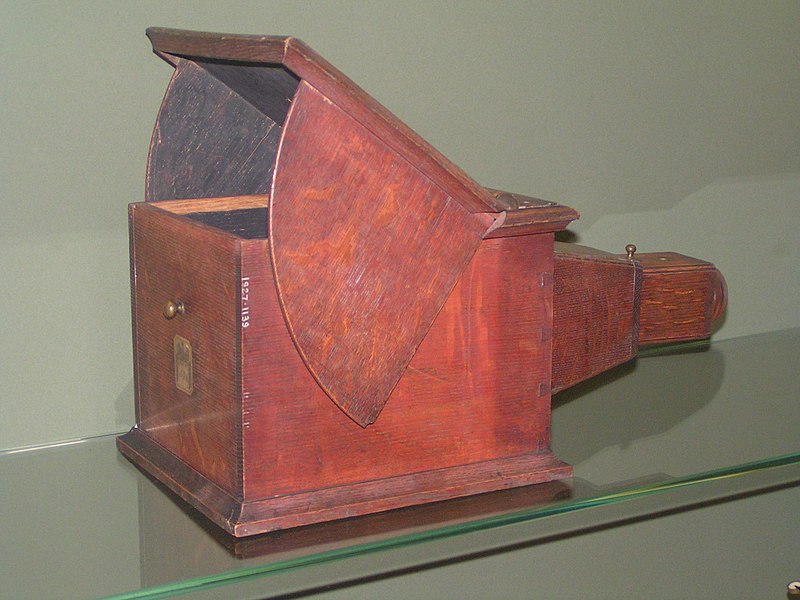 The concept of a camera obscura has existed since around 400 BC and has been explored since then by everyone from Aristotle to Da Vinci himself.

From the 16th century, it became popular as a drawing aid. Artists would use this to trace drawings. It has been theorized that the paintings during the Renaissance were strikingly realistic not just because the artists got dramatically better, but because of the aid provided by the camera obscura.

The initial camera obscuras were only rooms with holes. Mirrors came to be used to straighten the images, as the images produced naturally were upside down. The holes were replaced by lenses over time, which gave clearer images. The use of convex lenses also flipped the images. The devices also became more portable. What we commonly call the pinhole camera is a camera obscura in a box.

It wasn’t just for art; the camera obscura was also widely used to view eclipses safely, and is still used by many for that purpose. Our science teachers never missed the opportunity that an eclipse provided to make us all create our own pinhole cameras as homework assignments.

If you want to try it yourself, here’s a video on how to make one-

How does a Camera Obscura Work?

The camera obscura works in quite the same way as a human eye.

When light from an object falls on our eye, the lens in our eye refracts, or bends, the light. The light falls onto the retina, forming an upside-down image. However, because our brains are so awesome, they have learned to interpret this image the right way without us even noticing it! 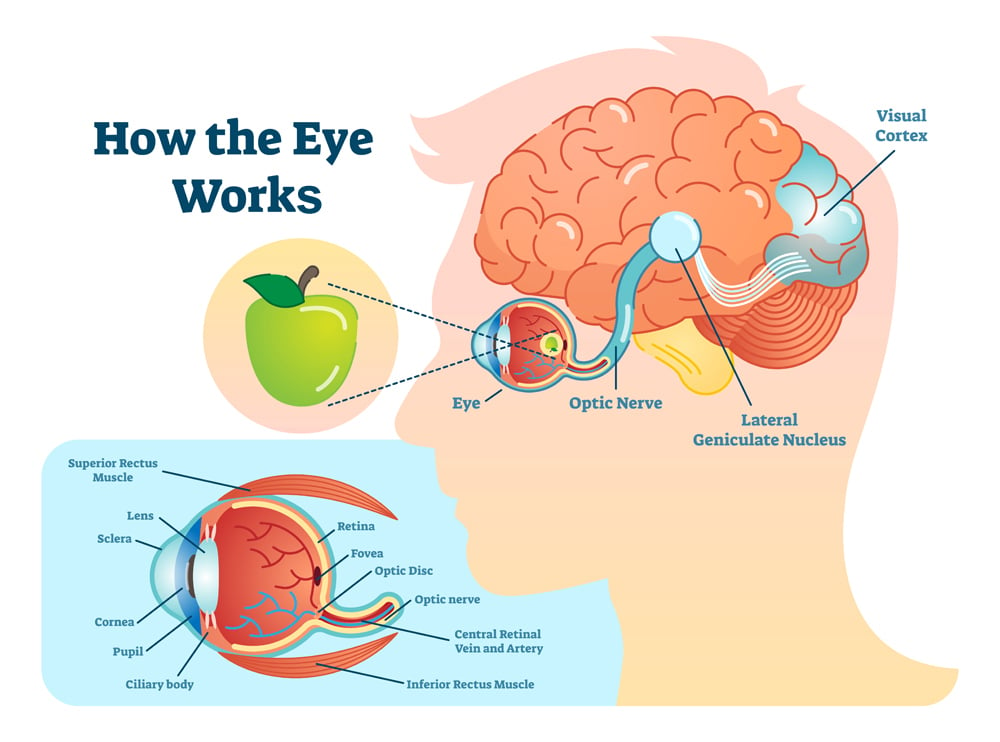 This is basically what happens in the camera obscura too.

The light that is coming from an object, a tree, or a person, passes through the hole or the lens of the camera obscura. The light rays get refracted and an upside-down image of the object is formed on a wall or screen. 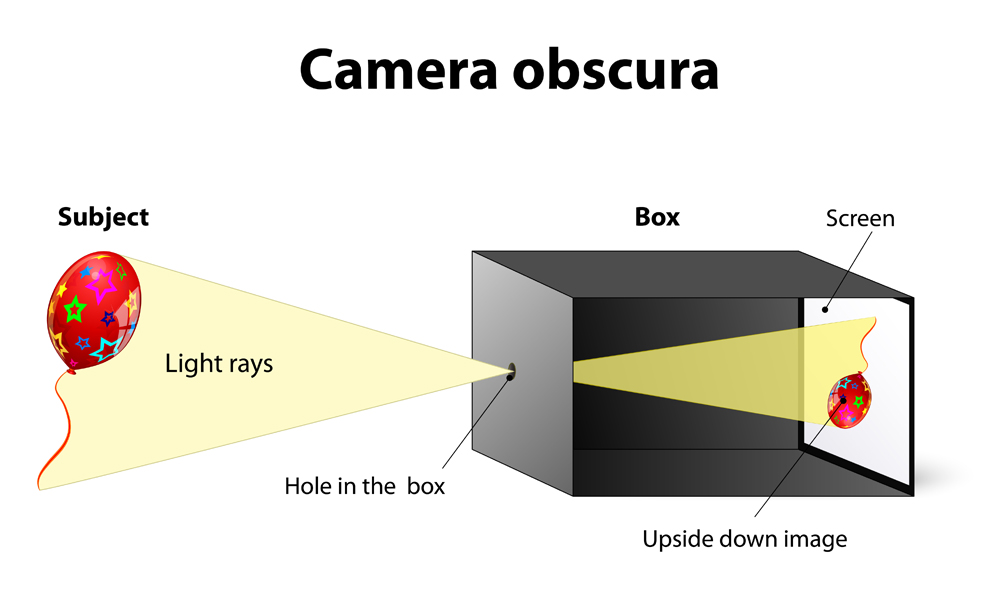 The quality of the image is based on the size of the aperture and the distance of the object and the projected wall or screen from the hole or lens.

So how did we go from dark rooms with projected images to the cameras of today?

Modern-day cameras are still driven by the same principles as the camera obscura. The fundamentals have not changed all that much. The main distinction between today’s camera technology and a camera obscura is that the latter simply projected images, while the former can capture these images.

Advancements in Camera Technology After the Camera Obscura

The idea that images could be captured arose from the discovery that some materials are sensitive to light. Silver salts were the primary candidates for early photographs.

The first photographic image was made in the early 19th century by Joseph Nicéphore Niépce. This was done by using a camera obscura and a bitumen-coated pewter plate. Years later, Louis-Jacques-Mandé Daguerre created the Daguerreotype, the first clear, sharp, and lasting predecessor of the modern photograph. 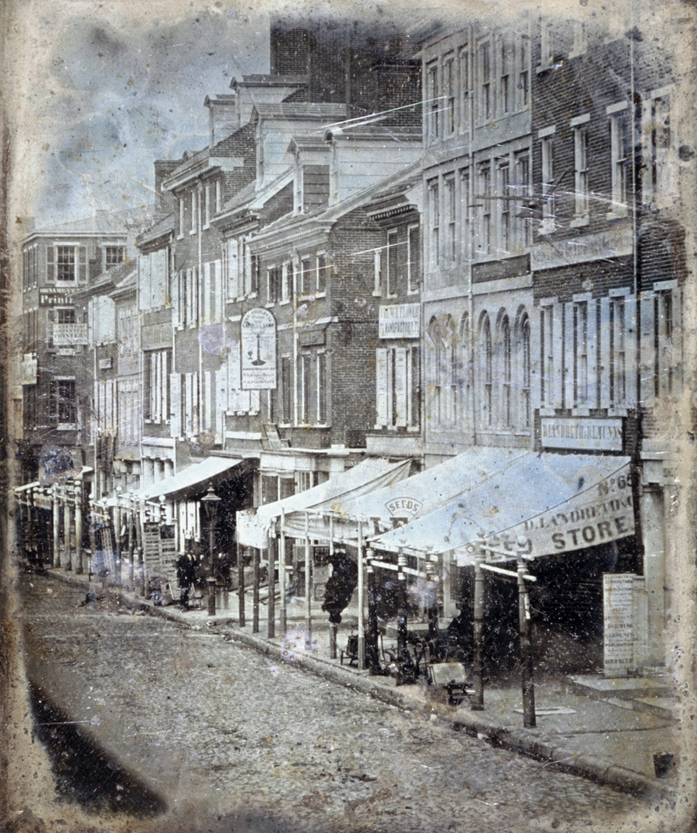 A daguerreotype of Philadelphia taken in 1843. (Photo Credit : EreborMountain/Shutterstock)

The first commercial photographic camera was developed in 1839. Starting out as little more than basic pinhole cameras with light-sensitive plates, cameras evolved in design and complexity with time. The technique of creating negative images was invented. Photographs became better and more reproducible.

The invention of rollable photographic film made photography a little easier. Kodak’s 35 mm film came to the scene in 1913. From the 1940s onwards, color film began appearing in the market. 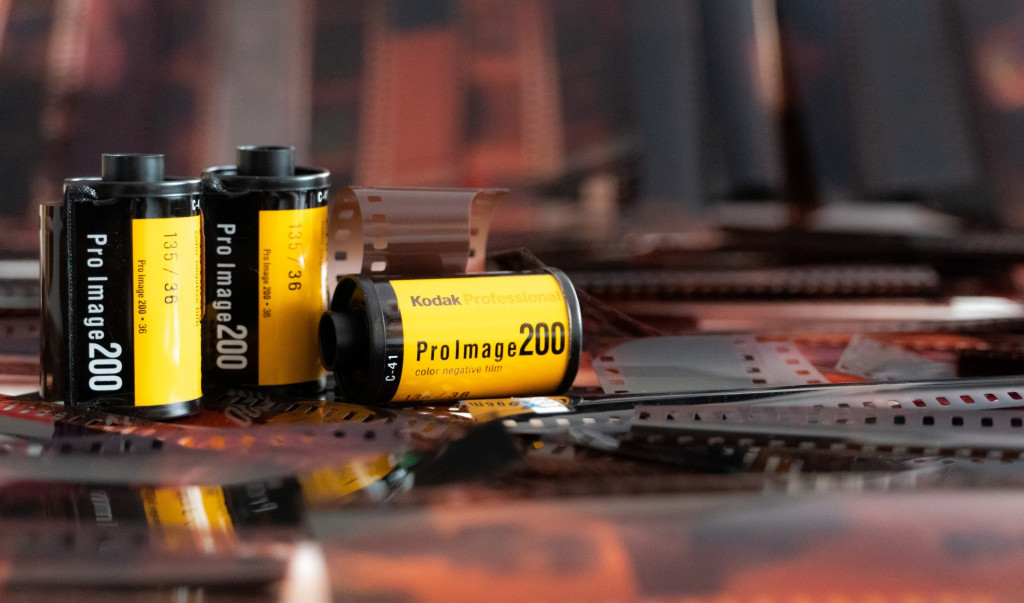 Cameras got more compact and more widely used with time. Twin Lens Reflex (TLR) cameras and Single Lens Reflex (SLR) cameras gained widespread popularity. Their designs were complex, but still based on the principle of refraction and image formation through a lens.

Instant cameras, the polaroid, also entered the market, and remain popular to this day. 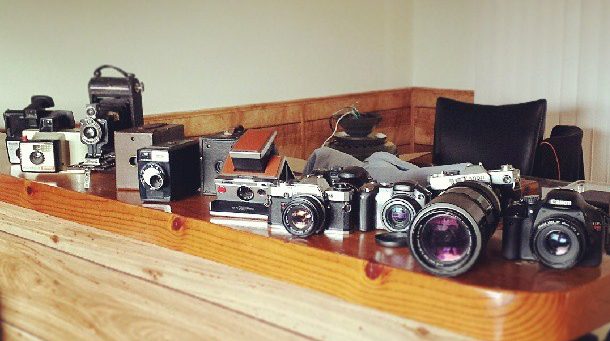 Following the history of the camera, we understand that if we add a film or an image sensor to a camera obscura, we can capture images. To make those captured images better, we use advanced lens setups and better image-sensing and processing tools.

Today’s SLR and DSLR cameras feature complex combinations of one or more lenses, mirrors, and prisms. SLR cameras use film, which is rarely used these days. DSLRs use sensors to capture images digitally, giving more flexibility than the use of films. 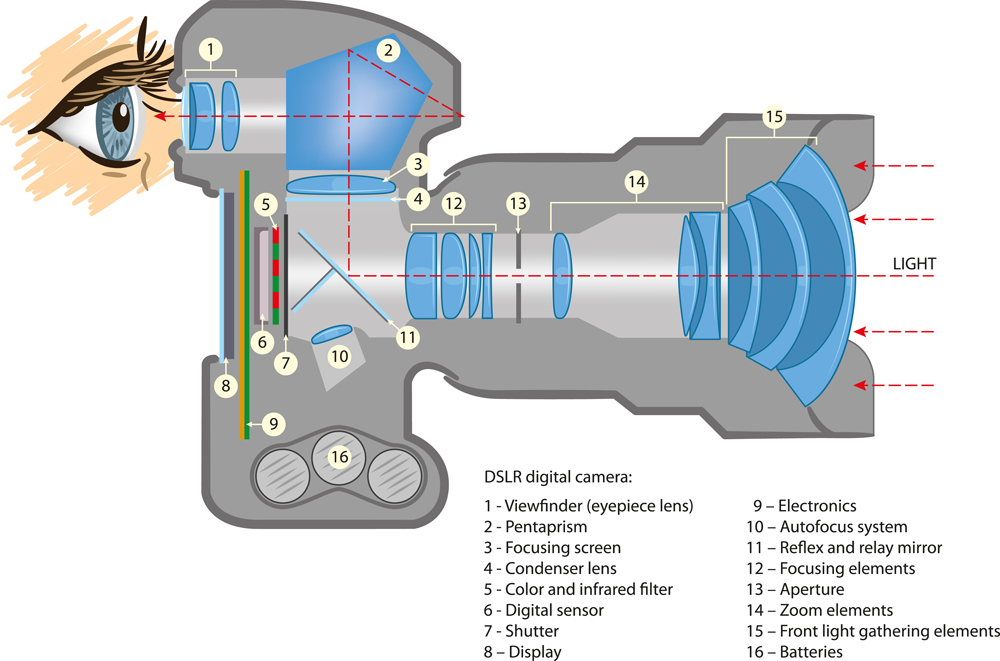 Thus, we went from daguerreotypes to being able to capture crystal-clear images of just about every variety. We can shoot wild animals (and celebrities) from a considerable distance with a telephoto lens or get the minutest details of a tiny bug with a macro lens.

Now, of course, we have progressed to smartphones with digital cameras built into them. They are so ubiquitous that we take them for granted. It’s easy to end up thinking that this is how it always was. Imagine if we had to take along an early camera obscura-sized box and silver-coated plates with us if we wanted to take selfies.

The camera obscura might not have much practical relevance in the world of smartphones and projectors, but it is still loved by artists and hobbyists. Artists like Abelardo Morell have used the camera obscura in their creations in various ways.

Camera obscuras as attractions can also still be found around the world. A large-scale camera obscura was installed in 1946 in San Francisco. It is still operational and maintained, and receives regular visitors! 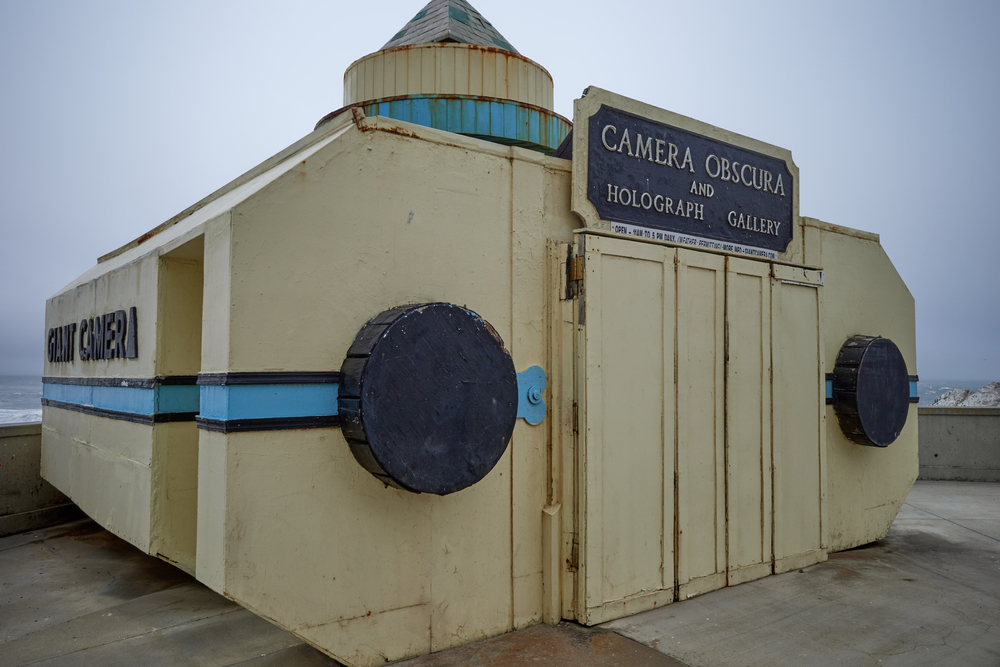 Although we have advanced far in camera technology, the fundamentals that govern modern cameras are still quite the same as that of the camera obscura. The camera obscura shows us how we can trace the roots of magical technological marvels of today to the ideas of brilliant people who lived centuries ago.