Can you see stars in space?

Yes, you can see stars in space. But, pictures of celestial bodies taken from space by astronauts aboard satellites do not have any stars in the background because stars are very, very far away. Therefore, they are incredibly dim in contrast to other natural or man-made objects present in the foreground of the captured photographs.

Consider any ‘space picture’ (i.e., a picture that has been taken in space) with a celestial body, such as the Earth, our moon, Mars or any other object in the foreground. To save you the effort, I’ll provide a nice collage of a few pictures myself… 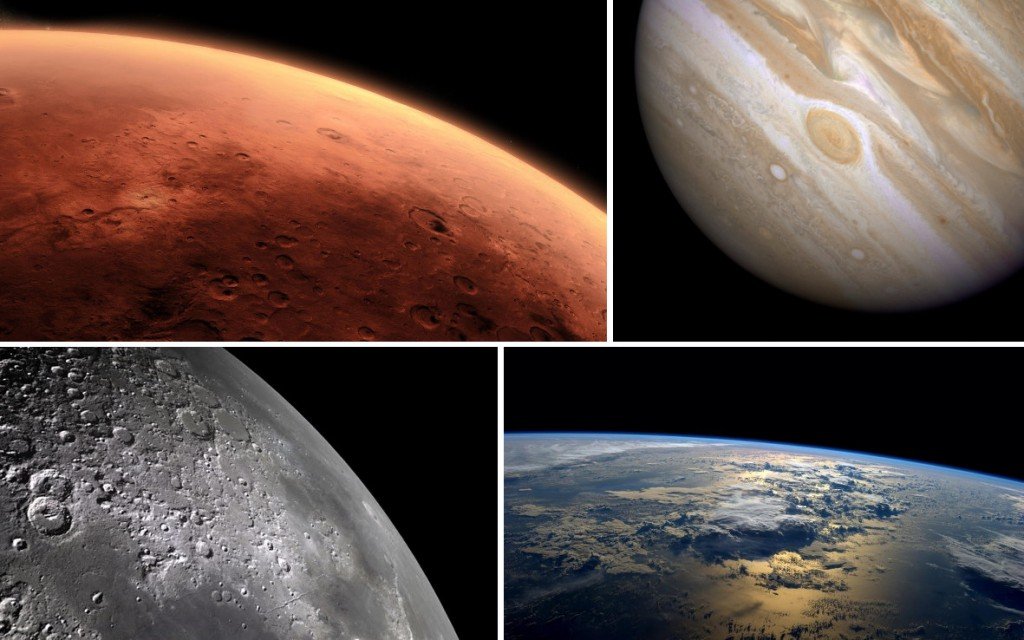 Do you notice that none of these pictures have stars in the background?(Photo Credit: NASA.gov)

You can do your own research and look up pictures taken from space by astronauts or telescopes on the Internet. In all those pictures, you will observe a rather interesting phenomenon – not one of those pictures will have stars in the background. Isn’t that strange?

Given the fact that the night sky we can see is dotted with thousands of twinkling stars, the fact that space pictures don’t have any stars doesn’t make any sense. Yet, it’s true. How does that work?

In order to understand that, we need to start by wrapping our heads around a particular property of digital cameras – exposure. 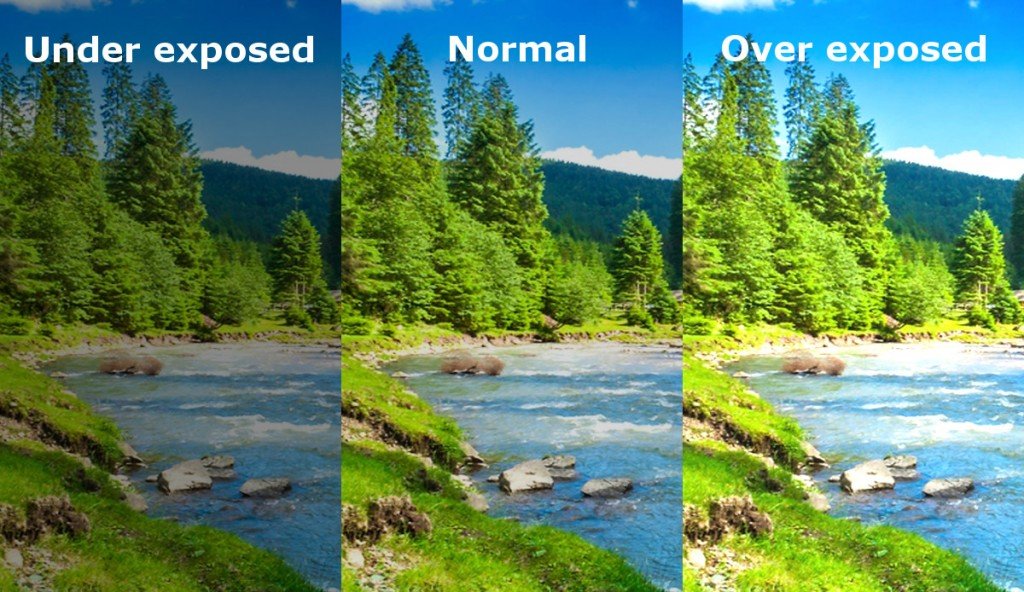 An image with different levels of exposure.

As you might already know, a camera works by allowing light from an object to enter through its lens and then strike its image sensor, which subsequently helps to form an image of the object. Quite clearly, the exposure setting of a camera plays a pivotal role in how bright/dark a photograph turns out to be.

The exposure of a camera is controlled by three attributes (or settings) of the camera: aperture, ISO and shutter speed. 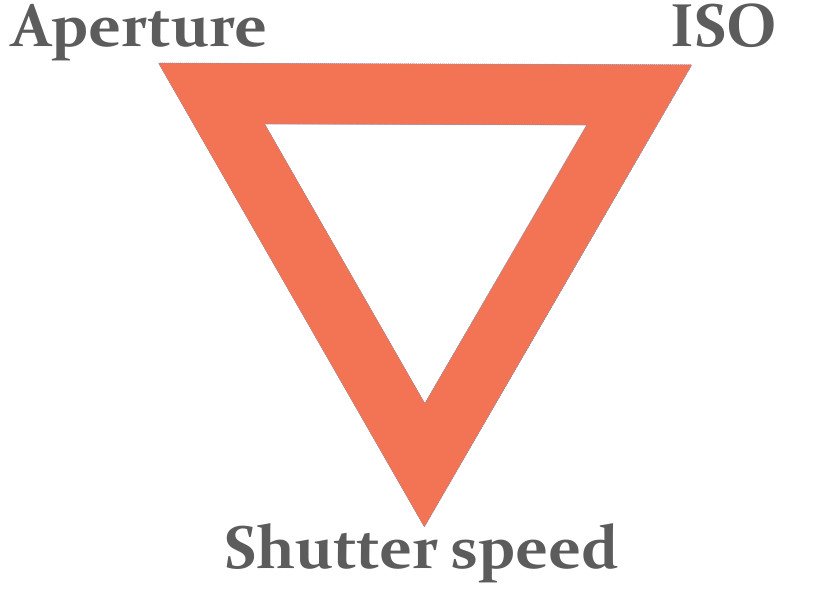 Role of ‘exposure’ in capturing the perfect photograph

In order to capture a perfectly-lit picture, you need to carefully control the amount of light entering the camera lens (using the three aforementioned settings). Too much light and the photo will be ‘overexposed’ or effectively ‘all white’. With too little light, the photo shall be ‘underexposed’, meaning that the dark areas of the image will be indistinguishable from black.

You need to let just the right amount of light enter the lens of your camera to capture a perfect shot. 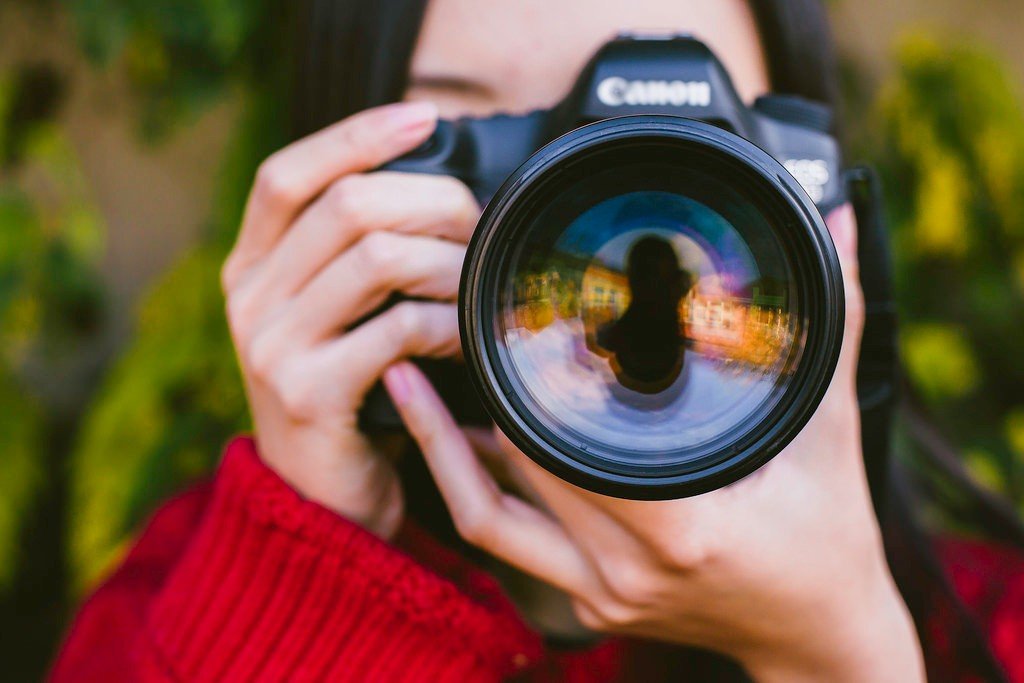 A long exposure setting will allow light to fall on the lens for a longer duration, which helps to capture relatively dimmer sources of light. (Source)

Relation between camera exposure setting and ‘stars in space’ pictures

Before clicking a picture, a photographer must decide on a particular exposure setting of their camera, depending on how well or poorly-lit the primary subject of their intended picture is.

No stars in the background (Photo Credit : studio023 / Fotolia)

However, with a short exposure setting, you won’t be able to capture the stars present in the background (along with a bright object in the front). This is because stars are extremely far away and therefore too dim in comparison to the large, bright objects in the foreground.

So, you basically have two choices:

A very good example of that second case can be seen in the following gif. It is part of a video made from within the ISS where you can actually see stars in the background.

Do you notice how the overwhelming white glow from the sun washes out the entire image when the ISS (more specifically, the camera) moves into the sunlight? This is because the sun became overexposed when the camera used the long exposure setting. 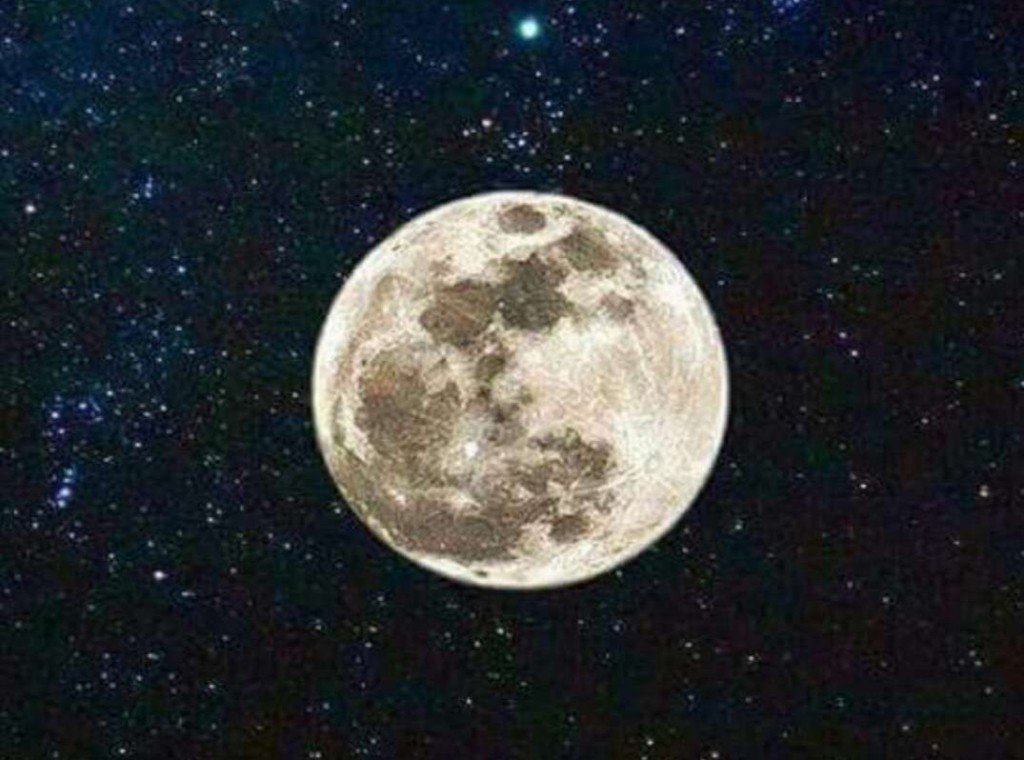 An example of a ‘doctored’ image

Usually, these are edited or ‘doctored’ images, wherein bright stars are digitally pasted onto the black background in an attempt to enhance the aesthetic appeal of the images. A ‘genuine’ image – one that’s actually taken in space, however, is extremely unlikely to have both a bright celestial body in the foreground and bright stars in the background.