Siri is a voice-activated digital assistant that is built-in to Apple devices. It takes commands from users through their voice, interprets it, and then carries out the required task. Siri is powered by a combination of Artificial Intelligence and Natural Language Processing. Once a user speaks to Siri, their voice is converted into a data file and sent to Apple servers. The servers use Natural Language Processing to understand the user’s commands and then produce the desired results.

One of my friends, who isn’t much of a tech enthusiast and is very content with her current Android phone, recently told me that she intended to buy an iPhone. I asked if there was a specific reason behind her sudden decision to change her ‘calling device’ (as she calls it).

‘I just love Siri!’ she said with enough excitement to take me by surprise.

However, my friend is not the only person who feels this way. A lot of my buddies are hopelessly in love with this little digi-voice avatar called ‘Siri’ that is available on iPhones and a few other Apple devices. So, what exactly is Siri? And what’s so good about her that not only people in my circles, but all over the world, can’t seem to get enough of it?

What, or rather, Who is Siri?

Siri’s popularity has grown massively in recent years, particularly for smartphone users. It’s something that is bound to revolutionize the way humans interact with machines. But in simple terms, what is Siri?

‘Siri’ is the name of the digital assistant that’s part of Apple Inc.’s iOS, watchOS, and tvOS operating systems. In other words, it is a voice-activated digital assistant, exclusively built-in for Apple devices, which takes commands from you through your voice, tries to interpret it, and then carries out the required task, if possible. 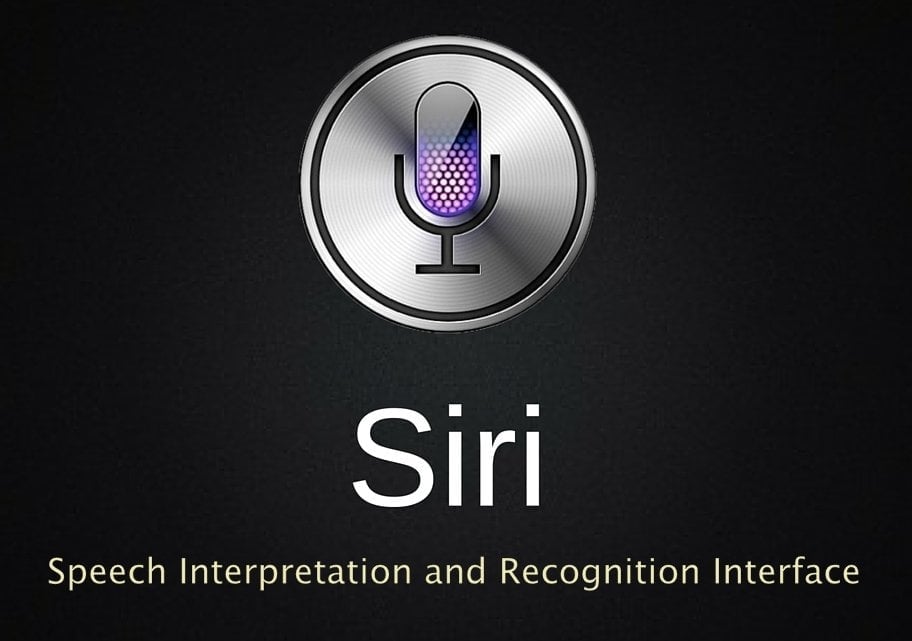 Here’s a fun fact that might impress your friends, particularly those so obsessed with this technology: the name ‘Siri’ is actually an acronym; it stands for ‘Speech Interpretation and Recognition Interface’. The full name can give you a basic idea about what Siri really is. Although Siri was already in operation under its own organization, called Siri, Inc., its beta version was first integrated with iOS in iPhone 4S and launched in October 2011.

What all can Siri do?

A lot of things, actually. 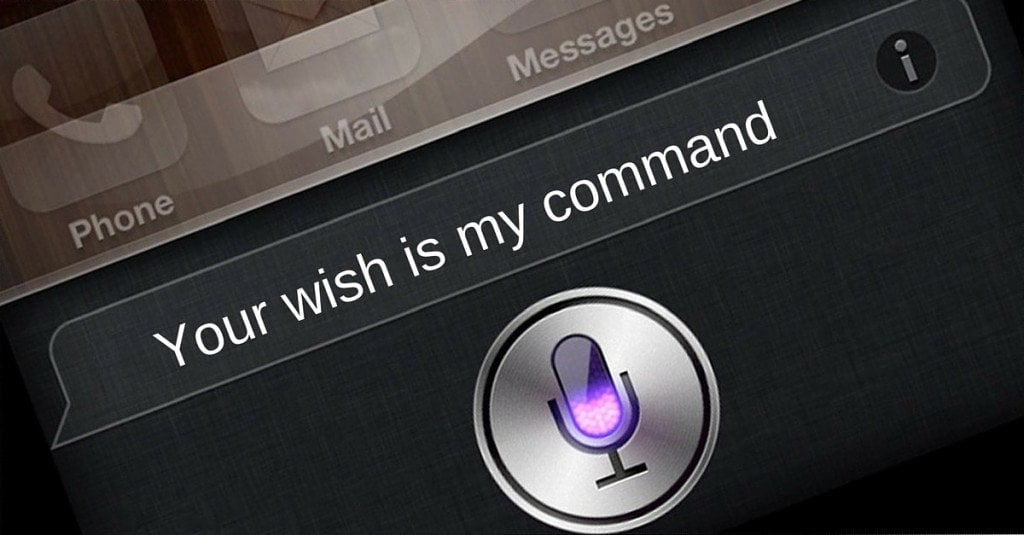 Since it has access to all the built-in apps on your phone, Siri can perform a variety of operations at your command. Not only can it carry out a bunch of basic tasks like making calls, setting alarms and reminders for you, changing the settings of your phone or doing mathematical calculations, it also goes one step further, and can help get a reservation for you at your favorite restaurant, send a birthday message to someone right at the strike of 12, give you directions to places, create music playlists and even tell you whether or not it’s going to rain. 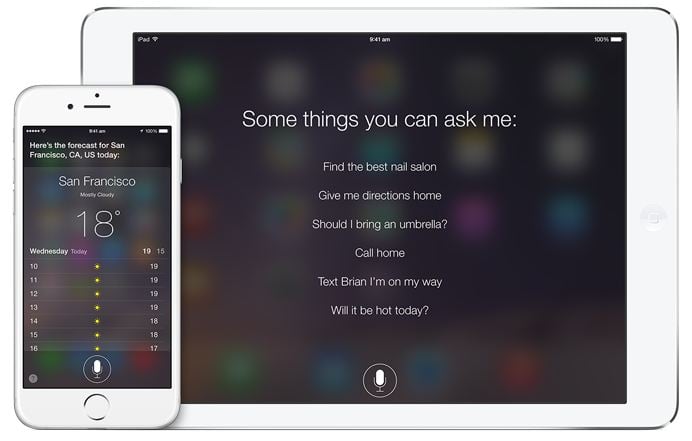 Although Siri is only a man-made system and therefore doesn’t have any thinking or decision-making abilities of its own, it still manages to be pretty smart, quirky and even funny at times. It has also garnered adulation for being quite intelligent and sensible for a ‘man-made system’. There’s no surprise why people become so fond of Siri, as though she were a real-life person!

How does Siri work?

Even if you’ve never personally interacted with Siri, by now, you likely have some idea of its intelligence. After being so overwhelmed by Siri’s communication and operational acumen, many people wonder: 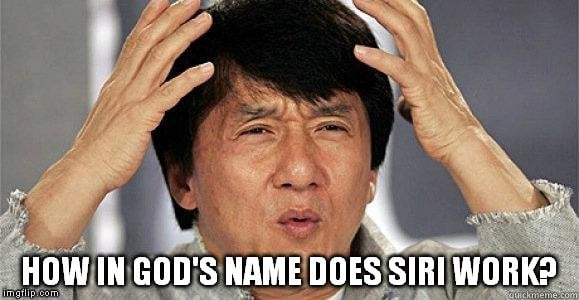 The secret of Siri’s human-like conduct lies in a path-breaking combination of Artificial Intelligence and Natural Language Processing. It’s a system that is designed to listen, comprehend and process users’ requests and, if possible, deliver a suitable result. It seems pretty straightforward as a user, but from the time you ask Siri to do something until it actually performs it, your command goes through four stages.

From a layman’s perspective, this stage seems pretty basic, but in reality, this is often considered the most difficult part of the entire process. After all, to do any of the other steps, Siri has to understand what it is that you want done.

When you speak something to Siri, it collects your voice and converts it into a data file, which is sent to servers. It has to account for your accent, dialect, and the small nuances of your voice, not to mention other speech difficulties, if you have them. Aside from that, it also has a tough time distinguishing your voice from ambient noise.

After having collected and subsequently converted your command into a file, Siri sends it to Apple servers for processing. This is why an Internet connection is mandatory for Siri to function.

Once in the Apple servers, your spoken words undergo different flowchart branches to arrive at a possible solution. The servers already have a huge database of questions and their probable answers, so there is usually no problem in fetching the answer to common questions, like ‘What’s the best place to have a pizza around here?’ or ‘How hot is it going to be today?’

If somehow Siri fails to understand this, which is not all that uncommon, given the different ways and manners in which humans communicate, then the entire query is trashed and Siri presents you with the standard response: “Would you like to search the web for that?”

Stage 3: Understanding the meaning of the command

This is clearly the most demanding part; at this point, the systems try to understand what it is that you really want done. This is something difficult enough for humans, with all our intelligence, to crack (pun intended), so you can probably imagine how hard it could be for a machine.

For instance, you would understand that I wanted to have a burger, whether I said, ‘I’m in the mood for a burger today’ or exclaimed, ‘If only I could have a large Burger King right here!’ However, a machine wouldn’t be intuitive enough to understand what I’m trying to express.

This is where Natural Language Processing steps in; it tries to make Siri as intuitive as a machine can be. And if you’re an iPhone user, you already know that it’s pretty intuitive! 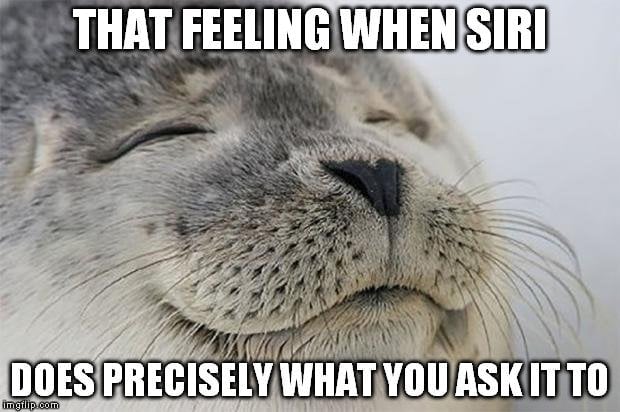 Understanding what you’re saying is all well and good, but what does it matter to you if Siri doesn’t actually DO what you want? Siri has to communicate with other apps on your phone to provide the desired deliverable to you. For example, say you want to set a reminder. In this case, Siri will have to ‘talk’ to the Organiser app to set a reminder at the desired time. While this part is not as difficult as the previous step, it still requires meticulous execution.

After going through all the above steps, Siri presents the result either by speaking to you or flashing a text to let you know the status of the task you asked it to perform.

A few shortcomings (as of now) 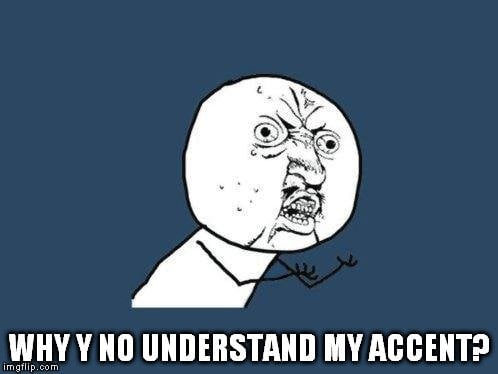 There are billions of people on iPhones living in different parts of the world; therefore, Siri undoubtedly has mammoth ground to cover before it becomes adept at understanding all of those diversified accents and tones. Also, since the penetration of smartphones is growing by the day, resulting in huge demand, Siri will have to make itself perpetually smarter to understand newer languages and dialects, which is, without a doubt, a Herculean task in itself.

Also, some people consider its mandatory connectivity to the Internet as a drawback, as Siri is rendered useless once a user is out of network coverage or loses access to the Internet.

Sometimes, Siri takes your commands quite literally, which can be funny at times, but can also be a nuisance. Furthermore, you have to be in a noise-free area to effectively communicate with Siri, and according to some users, you have to speak in a robot-like monotone and enunciate every word slowly and carefully, which people don’t actually do in real life. The “Sorry, I didn’t get that” response from Siri is also quite irritating when you hear it for the fifth time in a row. 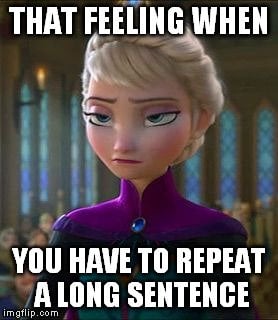 While there is clearly a lot of room for improvement with Siri, as well as for other virtual assistants, like Google Now and Cortana (of Microsoft), it’s impressive how far we’ve come in making machines interact with humans just like we do with each other. Whether we actually want machines to be that smart is a different debate altogether, but it’s certainly undeniable that Artificial Intelligence, and Siri in particular, has positioned itself to revolutionize the future – right in the palm of your hand!