Not everyone is ready to admit this, but we all pick our noses sometimes, but why do we have a tendency to do this? And more importantly, is it safe to pick our nose?

We all have some habits that started when we were young and never went away, whether it is nail-biting, poking fingers into our ears, or even nose picking!

But why do we like picking our nose? Is it a grooming behavior or something more? And why does it feel so satisfying?

Our body has many techniques to protect us from germs and other external agents. One of these tools is mucus.

Mucus is a slimy substance produced by specialized cells that line parts of the body, such as the lungs, nose, mouth, and gut. Mucus traps germs it comes in contact with and biological chemicals then destroy the germs. Mucus also lubricates these cavities.

Along with a composition of different gases, we breathe in microbes, dirt, dust, and pollen. Our mucus helps filter out these particles, preventing them from entering our lungs.

The mucus, once it dries up, forms tiny clumps (“boogers”) inside our nose, which we often try to remove by “going digging”. 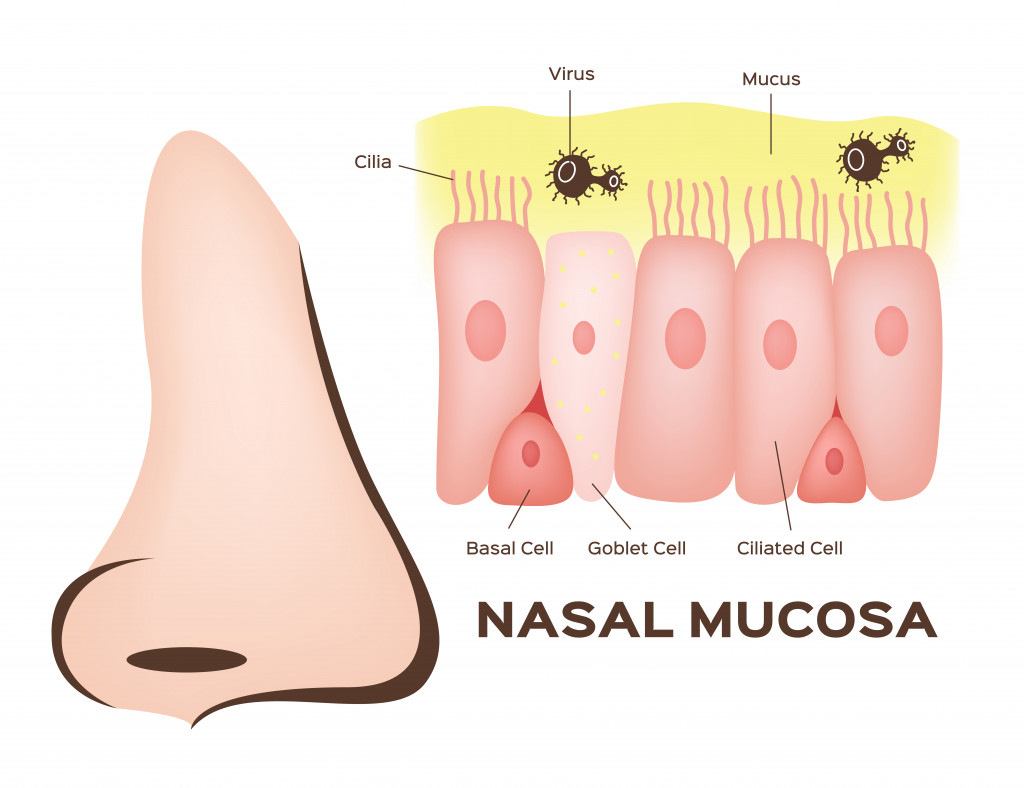 Mucus helps us in the fight against germs (Photo Credit : gritsalak karalak/Shutterstock)

Why do we pick our nose?

When our nasal cavities get filled by boogers, it can cause mild discomfort and make breathing quite difficult, so we try to get rid of it. When blowing your nose doesn’t dislodge the booger, your fingers certainly will. When this booger-obstruction is removed, breathing becomes easier. This is the simplest reason behind this behavior.

Nose picking could also be a grooming behavior that we simply never shook. Our prehistoric relatives were constantly vigilant against ticks and fleas, poking and prodding to get rid of them. Our need to pick our nose may be a result of that behavior, as might other behaviors, such as picking at scabs.

Nose picking can be a nervous habit

People often pick their nose when they’re bored. For some, it is also a nervous habit, like chewing gum or nail biting. The habit does help relieve anxiety in some people.

Daniel Glaser, a neuroscientist associated with King’s College London has a hypothesis regarding this, which he proposed in an article for The Guardian.

Our brain has different areas, each of which correspond to different body parts. The part that “controls” the hand is adjacent to the one connected to our face. When we pick our nose, our hand gets close to our face, which can feel somewhat satisfying. 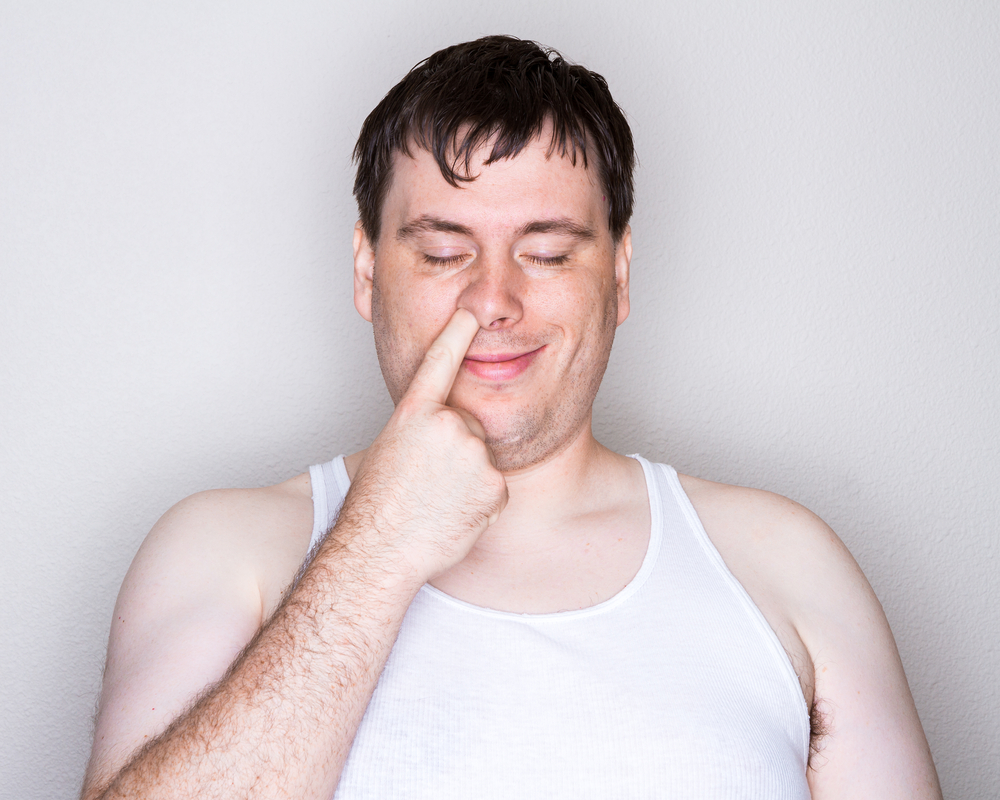 The habit of nose picking can become pathological enough to elevate the behavior to extremes, at times. The first study on this condition was performed in 1995 by US researchers Thompson and Jefferson. Of the 254 participants, 91% admitted that they pick their noses.

When the condition becomes pathological, it is called “rhinotillexomania” or compulsive nose picking, and can lead to serious damage to the nose tissues. This condition is often connected to other psychiatric issues, including anxiety disorders. 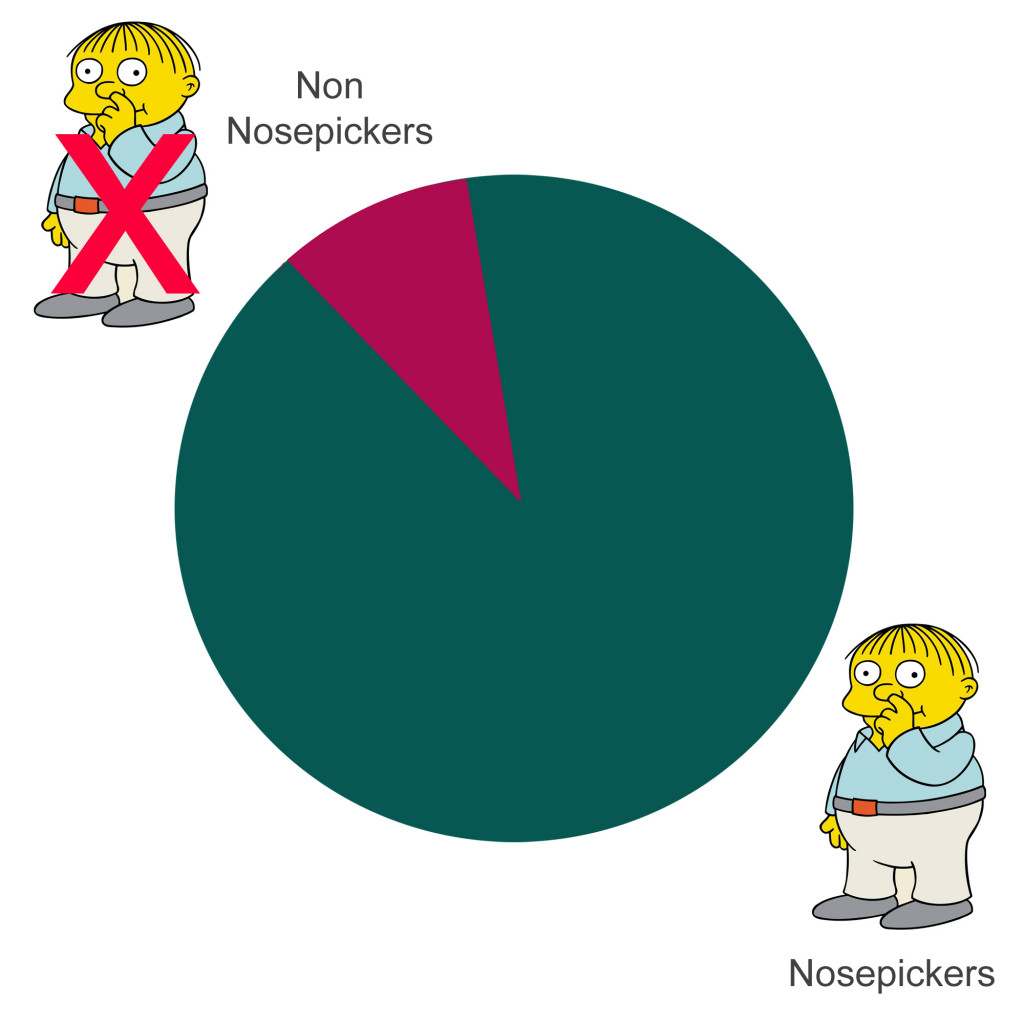 Out of 254 participants, 91% admitted that they pick their noses

Is it alright to pick your nose?

Our hands come in contact with countless surfaces every day and carry millions of germs on them. When we pick our nose, we are unknowingly transferring these germs to our nose and vice versa. If you don’t clean your hands after touching boogers, you are spreading those germs around.

Studies show that mucus carry bacteria like Staphylococcus and Streptococcus, which can cause a range of conditions, from skin infections and acne breakouts to pneumonia.

The tissue inside the nose is delicate. When we poke and prod, our nails might damage the tissue, causing cuts, which could become infected if those bacteria managed to infiltrate our body’s immune defenses.

And most importantly, even though it’s a natural habit, picking your nose is not considered a “polite” gesture in society. 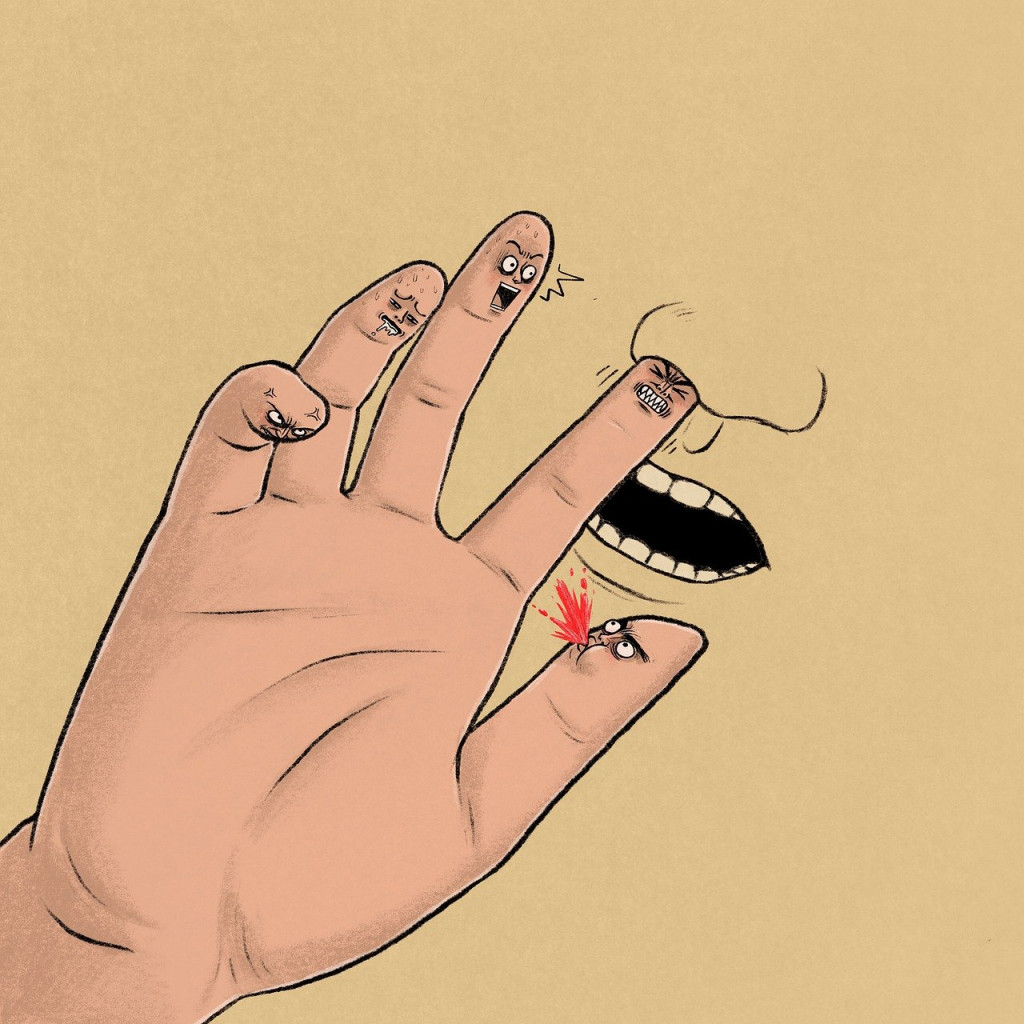 Nose picking may be unacceptable in some corners of polite society, but it doesn’t stop us from being fascinated with the boogers we pick. Kids are the most common offenders; they often closely inspect their boogers, like valuable gemstones. A random search on the internet can even give you the nutritional quality of boogers! However, regardless of the nutritional qualities of boogers, it’s definitely a good idea to keep them off your dinner plate, given their payload of bacteria.

Boogers may be a gross part of your immune system’s mechanism to protect the body, but digging them out isn’t a cool (or sanitary) thing to do, no matter how satisfying it may feel. So… maybe just leave those boogers alone?