Grunting is a type of exhalation, in which air is released from the body through the nose or mouth with the vocal cords closed. Grunting is a natural response to exerting large amounts of force, and is thought to be related to communication signals from the brain to the muscles. Grunting can help improve performance by increasing the speed of forehand shots, for example. Grunting also protects the spine by creating a pressure ball in the belly.

Have you ever been embarrassed by those involuntary grunting noises that your mouth and nose produce of their own accord when you lift heavy weights in a gym or hit a ball with all your might during a tennis match? In those and similar situations, you couldn’t even control those grunts, no matter how hard you tried, right? 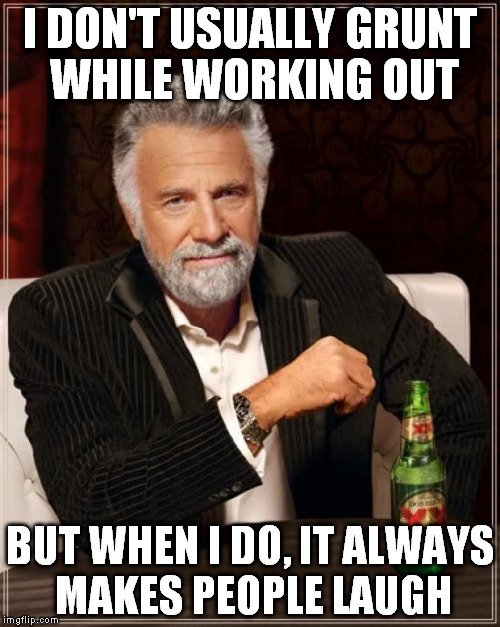 So, why does this happen? Why do humans grunt while exerting themselves physically? Is there a definitive scientific reason behind it or is it just another way of ‘blowing smoke’? 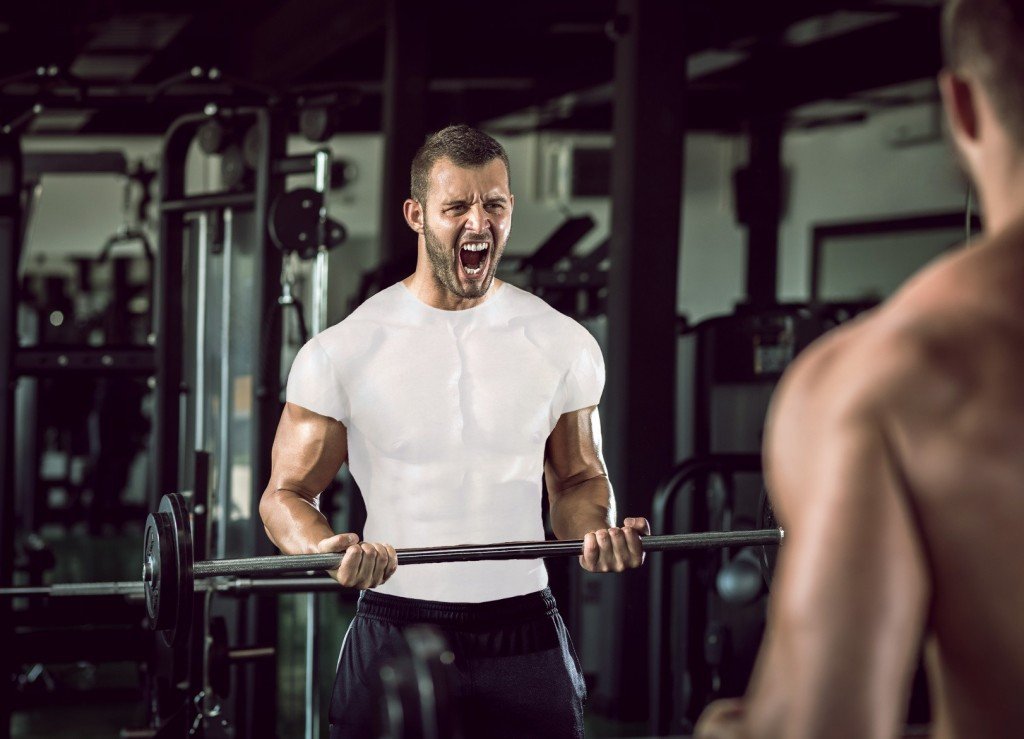 ‘Grunting’ is something that we do on a regular basis; to quote the dictionary definition though, a grunt is “a low, short guttural sound made by an animal or a person.” In more scientific terms, grunting is a type of exhalation, i.e., a process through which air is released from the body through the nose or mouth. However, grunting is different from normal exhalation in the sense that when you grunt, you exhale against a partially or entirely closed vocal cord.

The vocal cords are relaxed and open when you breathe in, but when you exhale, your vocal chords close, leading to ‘turbulence’ of sorts.

People tend to grunt while lifting something heavy, or while doing any kind of activity where they are required to exert themselves physically, such as working out, playing sports like tennis, boxing and so on. 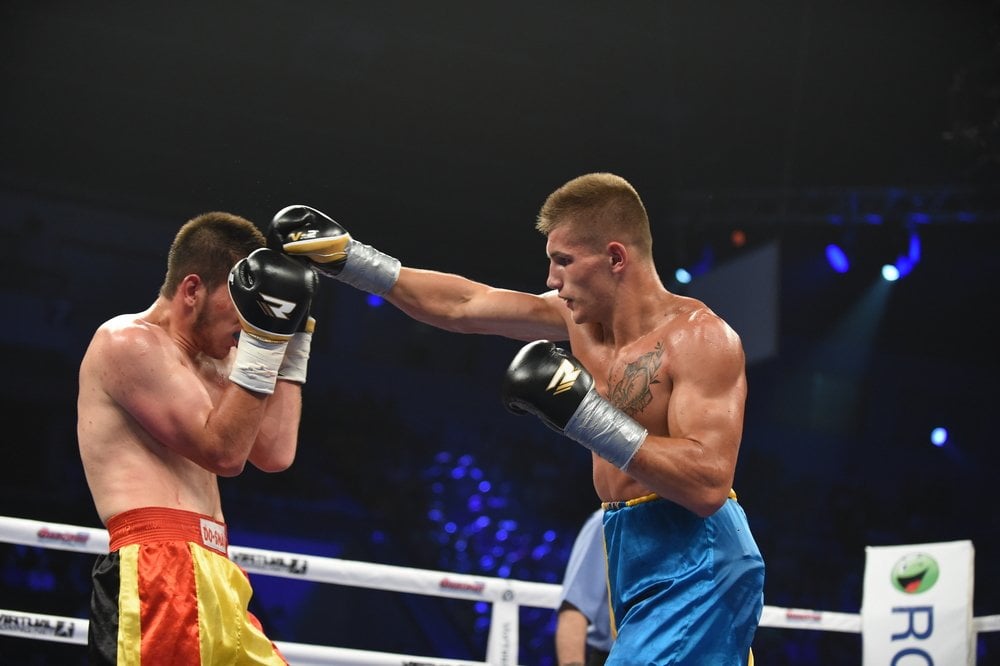 Why do people grunt while exerting themselves physically?

We do know that for some people, according to their own admission, grunting makes the activity in question somewhat easier, or less difficult to perform than doing it without making this noise. However, is there any scientific reason behind that?

It is widely believed that grunting is a natural and somewhat necessary physical response to exerting large amounts of force. For many people, it is difficult to exert an intense force without letting out a grunt.

Take tennis, for example. If you’ve ever watched a tennis match, the only sounds you hear apart from the ball hitting the players’ racket in an otherwise silent stadium are the loud grunts of the players when they hit the ball. In fact, some players are quite famous for their particularly loud grunts on the court. 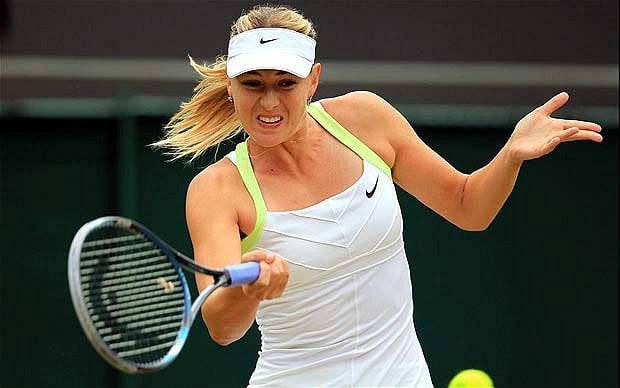 Although scientists don’t know the exact reason behind this (somewhat) involuntary verbal response, a number of hypotheses have been proposed as to why people grunt while applying significant force. One such hypothesis is that grunting during an intense physical activity is probably related to communication signals from a particular part of the brain that controls breathing to the particular muscle group that is applying the large physical force. When we push air out forcefully, the brain transmits a signal to the muscle group in question that either decreases inhibition or excites it. The end result is the ‘oomph’ factor that makes us exert ourselves more forcefully. 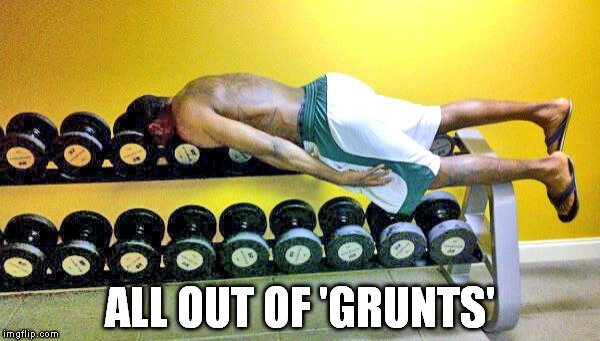 Can grunting help to improve performance?

According to a study conducted by a team led by Dennis O’Connell, it was found that “grunting” college tennis players were able to hit forehand shots almost 4.5 miles per hour (on average) faster than when they were not allowed to grunt or make any other verbal gesture. Factors like the gender of the subject, or how they felt about the act of grunting, had no effect whatsoever on the increased speed of their forehand shots. 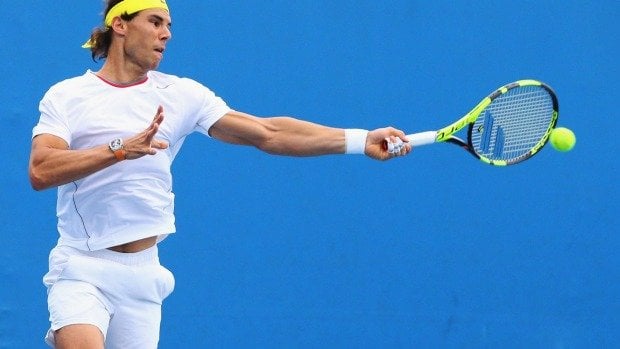 So now we know why there is so much power in Rafael Nadal’s shots (Image Source: www.smh.com.au)

While performing an intense lifting activity (such as lifting weights in gym), we usually take a breath and hold it in. As a result, the middle section of our body is pressed together to make a small ‘pressure ball’ in the belly, which helps to stabilize the body and guards it against spinal injuries. In other words, as it turns out, grunting protects your spine too!

With all this in mind, next time you find yourself in the middle of an important tennis match, don’t be shy; let that grunt out and watch the tremendous power of the human grunt play out before you!