Laughter is a person’s physiological reaction to hearing or seeing something humorous or funny. It is essentially a repeating set of sounds, like “Ha ha.” Laughter has a calming effect on us, and may actually put us more at ease in the presence of another person. Laughter is a powerful tool to bring people closer, so sharpen up some of your one-liners and strengthen your social bonds!

Laughter makes up a surprisingly large part of our lives, and that’s certainly not a bad thing. It’s a fantastic stress reliever and has the power to brighten an otherwise miserable day. Whether it’s chuckling at a joke in a sitcom or sharing a few laughs with our friends, laughter comes to us very naturally.

The question that faces us then is:

Why do we laugh? And what goes on in those huge brains of ours when we’re cracking up?

To start with, let’s address the act of laughing itself. 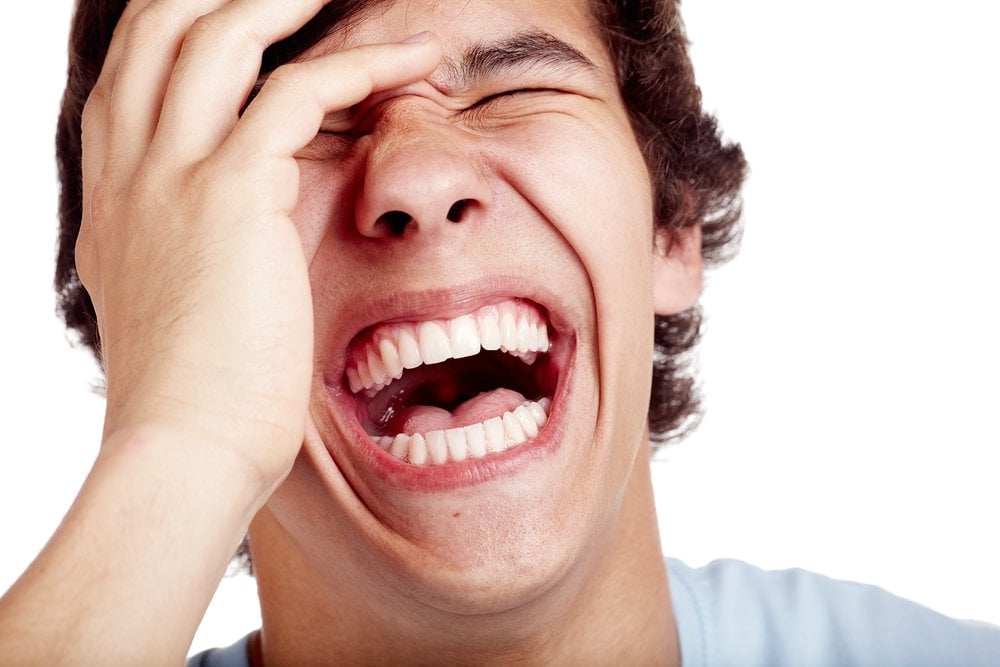 Laughter is essentially a person’s physiological reaction to hearing or seeing something humorous or funny.

So, what exactly is happening to our bodies when we laugh? As it turns out, the muscles of our entire face work in unison to bring about those joyous/crazy looks we have on our face when we laugh. In fact, laughter involves the contraction of fifteen different facial muscles. In addition, your breathing pattern changes, as your epiglottis partially covers your larynx, making you “gasp” for air. The most interesting physiological change that occurs are the “tears of joy” that we often experience after laughing hysterically. This is due to the activation of the tear ducts.

If we continue laughing hard for a long time, meaning that we continue gasping for air, our face turns red and our eyes begin to water due to a lack of oxygen intake (in extreme circumstances, we can even turn a hilarious shade of purple!)

Also Read: Why Is Laughter So Contagious? 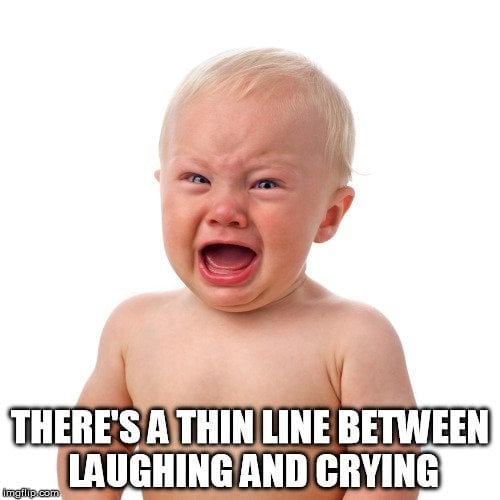 If the question is taken in a more literal sense, then one would describe laughter as a repeating set of sounds, like “Ha ha” for example.

This description isn’t far off from what’s actually happening. According to a study by laughter researcher Robert Provine, human laughter is basically a repetition of short, vowel-like sounds every 210 milliseconds. He says the laughter can come in different types, like “Ha-ha-ha” or “Ho-ho-ho”, but not a mixture of the two types.

Why Do We Laugh?

To understand why we burst out laughing from time to time, let’s go back to our very beginnings. Think back to a time when fast food was literally an animal on four legs, running away from us, and we had to hunt it down to fill our bellies. At the same time, there were also animals running towards us, hunting us down to fill their bellies. At such times, our ancestors would’ve been under enormous amounts of stress while constantly trying to prolong and protect their lives. Therefore, it makes sense that when the danger finally passed, early humans shared a laugh with one another as a sign of relief! 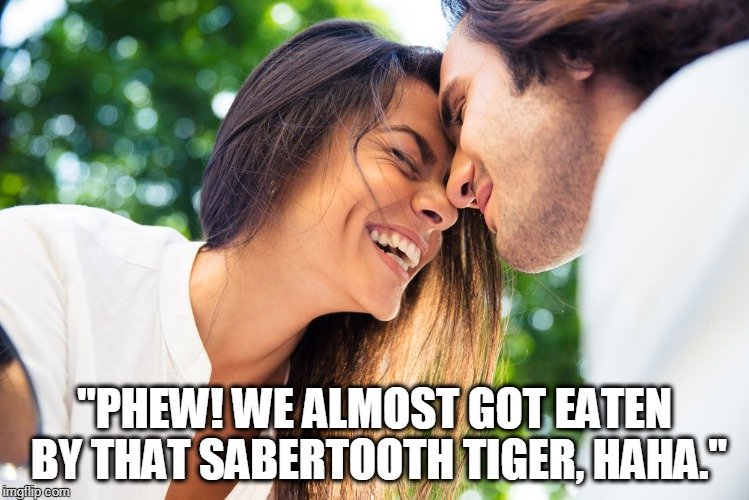 On the same note, laughter has a calming effect on us, and may actually put us more at ease in the presence of another person. This plays a vital role in forming social bonds, as it indicates a certain level of trust in the other person.

Speaking of social bonds, it is also possible that people may laugh just so they aren’t the odd one out in a group. At other times, laughter may function to diffuse a person’s rage, because laughter often comes across as pacifying in such a situation.

There’s no better indicator of laughter’s social power than the effect that laughing gas has on us. According to German psychologist Willibald Ruch, laughing gas (nitrous oxide) doesn’t have as profound an effect on us when we’re alone as it does  when we inhale it in the presence of other people. In fact, people are actually 30 times more prone to burst out laughing when surrounded by others than when they’re alone (unless, of course, you’re watching something like a sitcom, where you artificially feel like you’re in the presence of other people). 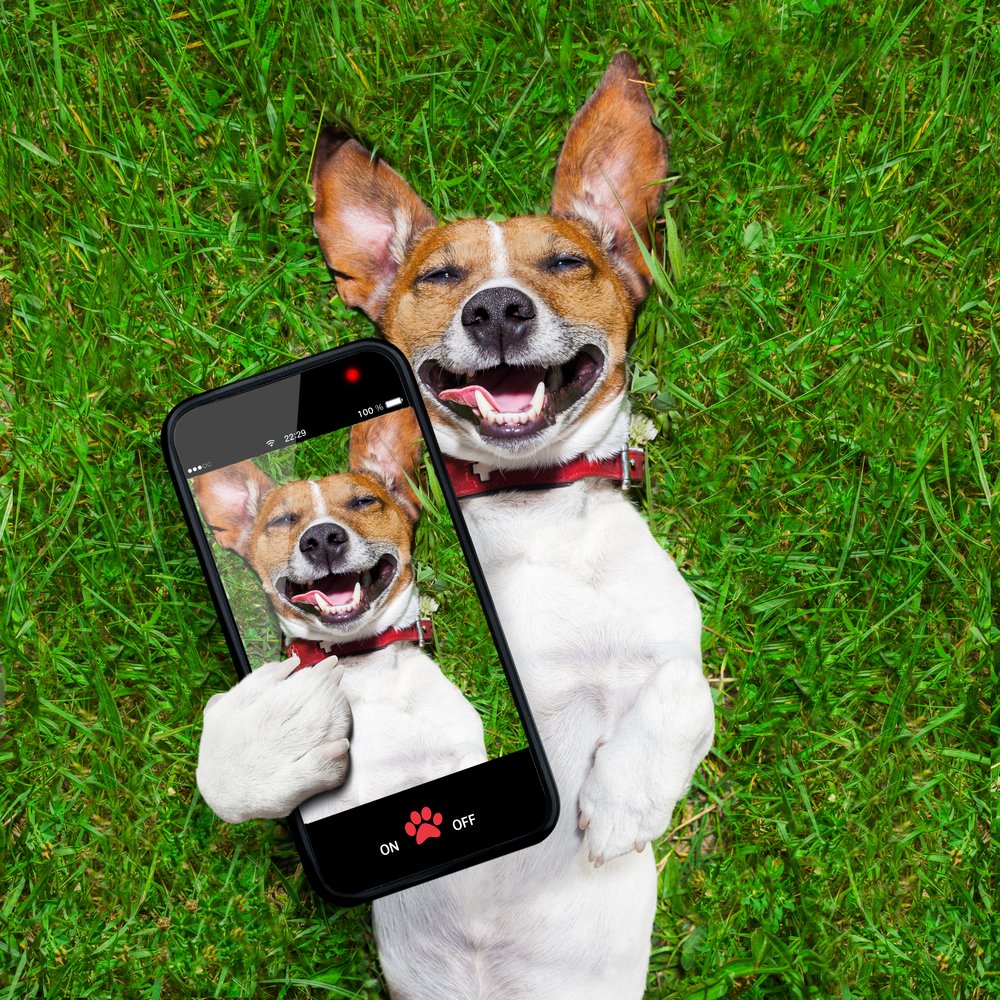 So, as it turns out, laughter is a powerful tool to bring people closer, so sharpen up some of your one-liners and strengthen your social bonds! 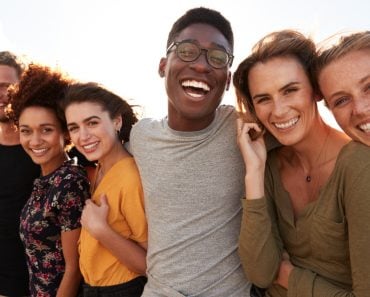