The most likely explanation for why we cry when we’re extremely happy is that it helps to restore emotional equilibrium. When we experience extreme positive emotions, they can interfere with decision-making abilities, so crying may help to tone down the happiness and allow us to think more clearly.

Each of us must’ve been to at least one wedding and seen a few close relatives shed happy tears as the couple exchange their vows. Similar expressions of emotions occur during graduation ceremonies, upon the birth of a child, and on other happy occasions. Humans are strange creatures with plenty of incongruous behaviors. Crying is a behavior that most people interpret as an indicator of being sad. It makes you wonder why anyone would express a negative emotion (crying) during a positive occasion…

Researchers have recently started investigating this question empirically, but prior to that, a few theories had been floating around.

A psychologist named Oriana Aragon from Yale University is researching this topic and explains that expressing negative emotions in extremely positive situations may help to restore emotional equilibrium. We can think of it as our mind performing emotional homeostasis. In her study, Aragon and her colleagues observed participants in certain scenarios and measured their responses to cute babies or happy reunions. They found that people who had more negative reactions to extremely positive scenarios were more capable of moderating their emotions quickly after an initial burst of extreme positive emotions. This explanation fits well, since it also explains nervous laughter. The anxiety that we experience is so great that we need to laugh or giggle to relieve our system of the stress caused by feeling nervous/ anxious. 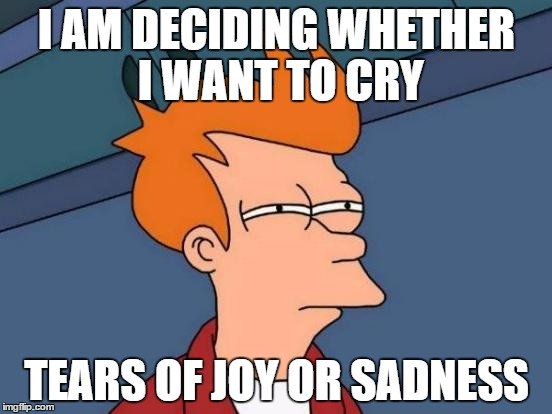 However, why would we want to tone down happiness? Isn’t that what we always desire…to be extremely happy. But when we finally get to that “happy place”, our brain wants to tone it down! That being said, extreme emotions interfere with decision-making abilities and I’m sure that no one wants to compromise their rationality for happiness, right?

The Case of Mistimed Expressions

Another untested hypothesis states that we cry not because of the happy situation, but because of negative emotions experienced earlier, which had been held back for an extended period. In the case of a graduation ceremony, perhaps the student unconsciously remembers all the hardships faced during the course and the ceremony adds a sense of finality and cessation to that hardship. Similarly, an athlete who wins a trophy may not be shedding tears because winning is painful, but because the journey to that win was painful and at that earlier time, the pain could not be expressed. 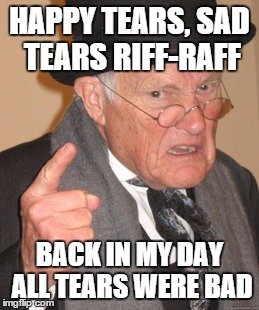 A neural explanation for this strange behavior is related to the threshold of our brain’s area that regulates emotions. Both happy and sad emotions lead to intense emotional arousal, although the arousal responses in the brain are quite different. The center in the brain that handles emotion (the amygdala), areas of the hypothalamus, and the basal ganglia are connected to a section of the brain stem called the lacrimal nucleus, which stimulates tear production. Therefore, the threshold hypothesis says that whenever we feel any extreme emotions – positive or negative – the amygdala registers the high arousal level, which further triggers a response from the lacrimal nucleus (tear production) due to their close connection. 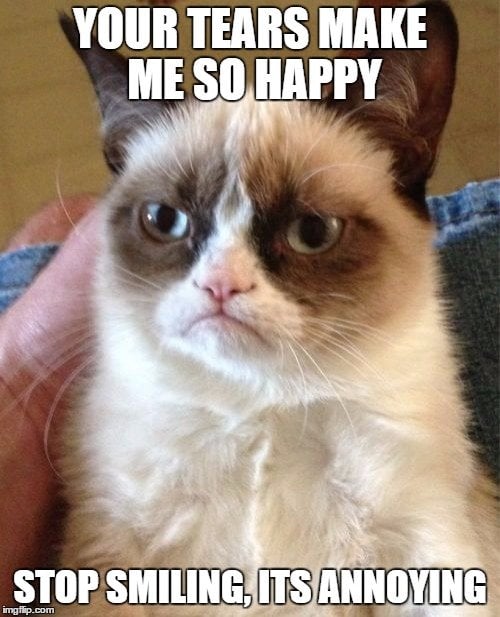 Despite all those earlier hypotheses, it is still too early to tell exactly why we have such incongruent behavior in times of happiness without further research. So far, based on behavioral data, the best explanation seems like the emotional equilibrium one, but understanding the neuro-anatomical correlations may help to clarify whether that or the amygdala-lacrimal nucleus connection is a more viable explanation.

Whatever the explanation may be, no one really minds expressing immense joy through tears – it’s actually a wonderful feeling!