Burning a wound, called cauterization, is a quick way to seal a wound and stop it from bleeding. This is risky, however, as burning further damages tissues and can cause an increased risk of infection.

There’s a scene in the 1995 epic war movie Braveheart where the father of William Wallace’s best friend—a character played by the Scottish actor James Cosmo—is stabbed by an enemy soldier. After the quick skirmish concludes, the man’s well-wishers, including his son, gather around him to ‘treat’ his stab wound. 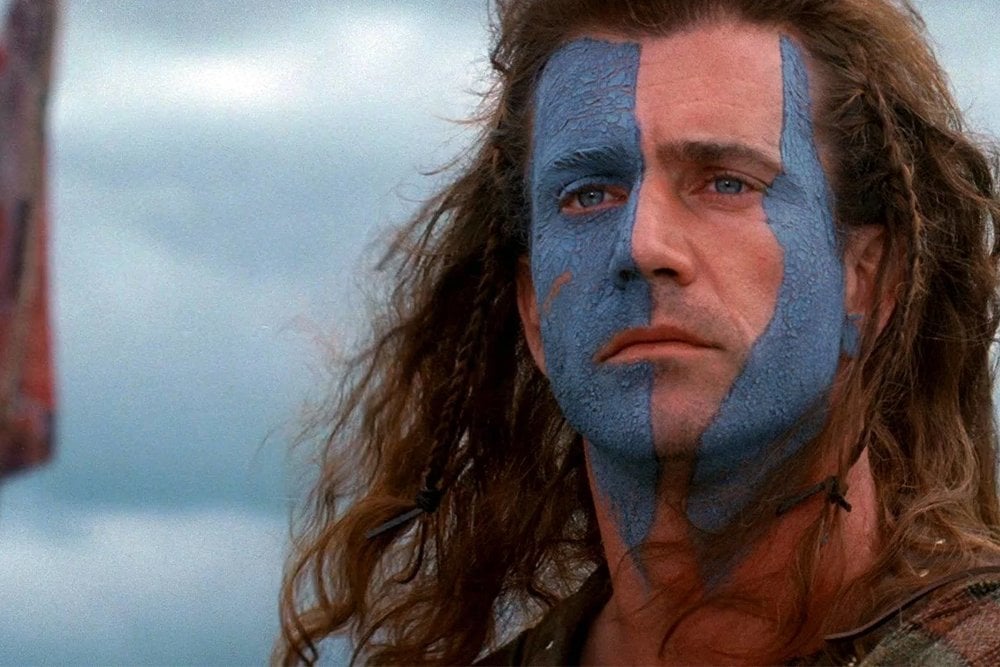 A still from the movie Braveheart. The aforementioned scene comes around an hour into the movie, wherein people ‘treat’ a man’s wound by pressing a hot blade against it. (Photo Credit: Braveheart / Icon Productions)

What they actually do is stick the red-hot tip of a spear against the wound on the man’s body. The man shrieks in pain, but then, a few seconds later, he seems alright, as if the wound is no longer troubling him!

If you think about it, there are plenty of action movies where they show people sticking hot things, usually knives, blades, daggers, etc. into wounds as a form of first aid. In modern movies, you may have also seen people extracting bullets lodged in their body by using something hot and metallic.

The question is, of course, why do people do that? Why do they stick red-hot metal in or around an already injured part of the body? Is there any scientific explanation behind this seemingly bizarre practice? Is it supposed to do some good, and help the person already in pain from the injury, or is it simply one of those things that movies get away with on the pretext of being fictional? 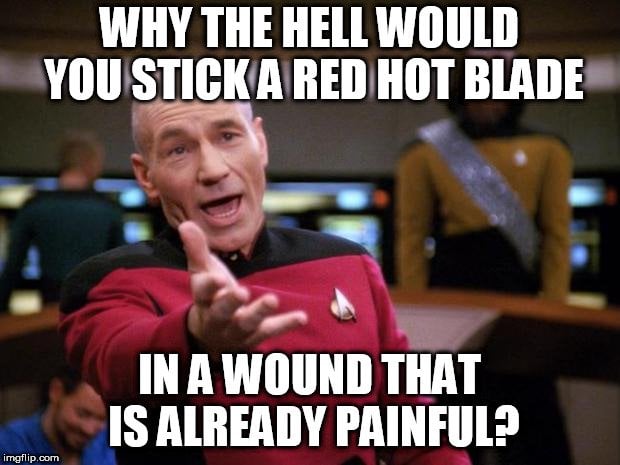 As it turns out, sticking a red-hot metallic object inside or near a wound on human flesh is not entirely devoid of logic or reason, despite it seeming counterintuitive to average, non-scientific moviegoers. There is indeed a reason (or two) why popular culture relies on this kind of crude first aid when a character doesn’t have instant access to appropriate medical care.

There are two probable reasons why movies show this kind of rudimentary first aid with wounds—let’s take a look at them!

A sterile object or surface is completely devoid of living viruses and microorganisms. The process that makes an object sterile is called sterilization. Once an object is sterilized, it shouldn’t have any living microbes on it, thus decreasing the risk of infection.

Getting rid of the bacteria reduces the chances of a wound getting infected. Before doctors and medical practitioners knew about microbes and their disease-causing potential, they would frequently reuse surgical instruments, such as knives and needles, without washing them. In fact, they wouldn’t even bother to wash their hands before performing surgery!

If you’re ever stuck in the wild and don’t have any disinfectant like alcohol to kill bacteria, heat from a fire or hot boiling water might be your best bet.

Today, we typically use chemicals or UV radiation to sterilize surfaces and instruments. There are also special machines called autoclaves that kill microbes using steam.

However, there is another reason that Braveheart and other action flicks show red-hot blades pressing against open wounds to stop them from bleeding. An open wound, especially in cases of gunshots, knife stabs or amputations, cause a lot of blood loss. The body’s inbuilt system to stop that blood loss—blood clotting—cannot seal up large ruptures in major arteries and veins. A combination of having such a large area to clot and the high blood pressure in these vessels makes it impossible for blood clotting to take place before it’s too late.

Burning an open wound is a shortcut to stop the bleeding and seal up that patch. When heat, at a temperature above 100°C, is applied to the wound, proteins present in the cells will denature and aggregate together.

The structure of proteins is what makes them soluble in water. When heat is applied, their structure changes because of changes in the chemical bonds, which makes the protein insoluble, a process called denaturation. Denatured, insoluble proteins will aggregate together, effectively sealing the wound.

This is called cauterization. It’s derived from the Late Latin word cauterizare, which means ‘to burn or brand with a hot iron’. It was a very common medical practice into medieval times.

While this strategy is effective in stopping blood loss, it isn’t great for the wound or the patient. First, by applying red-hot metal to the wound, one creates severe burns to the flesh. This is another injury in addition to the previous one, like trying to put out a fire with more fire.

Second, burns are extremely susceptible to infections. Even though heat kills off the bacteria on the blade that cauterizes the wound, and might kill some of the bacteria on the burnt skin, it does not mean that the burn site will remain sterile. Bacteria and fungi from spores in the air or adhered through skin contact might deposit on the burn wound. Furthermore, the immune system is often unable to fight these pathogens due to the nature of the burn itself.

Burn wounds weaken the immune system’s ability to fight bacteria. The skin is one of the body’s first barriers from infection, but the loss of this barrier in burn wounds makes burn sites particularly susceptible to infection. There is also a disregulation of the process of the immune system, due to the complex interplay of molecules related to inflammation. 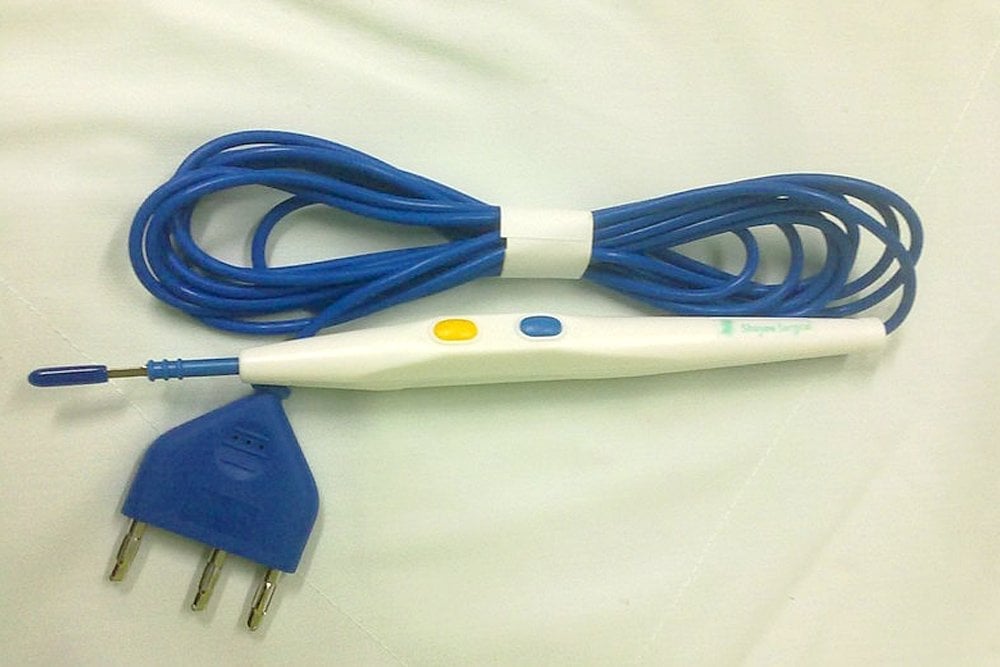 The purposeful burning of a small part of a wound helps temporarily seal the wound, which is good news for the injured individual. In fact, surgeons still use electrical cauters to cauterize the cuts and incisions they make while performing surgical operations on patients.

Thus, using a red-hot blade—as seen in movies—is obviously not the best way to deal with a wound. It would be better to wrap it in cloth and apply pressure to stop the bleeding and then wait for proper medical attention, but that doesn’t look as cool as sticking a red-hot dagger on a wound after an epic battle!

How much do you know about sterilization and cauterization?