Itch-sensing neurons are activated when a wound heals as a result of mechanical stress caused by cell migration and chemical secretions.

The ability of the human body to heal and repair most wounds is truly remarkable; from small cuts and scrapes to larger injuries and ailments, our bodies seem to be on a constant mission to keep us 100% intact and healthy.

However, a peculiar thing happens when our wounds are healing—the unavoidable “itchiness” of the wound. In particular, this happens after scabs have begun to form and the healing process is moving in the right direction. For many people, scratching that itch is far too satisfying to avoid, which can often disrupt the healing process, making it take even longer!

If the human body is clever enough to heal itself, then why does it also make those healing wounds so itchy?

For those who think the itch of a healing wound is just one of Nature’s great practical jokes, I’m here to burst your bubble. It’s actually a normal side effect of one of the body’s natural healing stages.

When our body sustains a wound, a number of chemical and physical processes almost immediately begin to protect our bodies. The first job is to stop any bleeding from ruptured blood vessels. Platelets, sticky cells present in our blood, will stick together and clog the ruptured vessel, thus preventing blood loss. Certain proteins, called fibrin, will create a mesh where the platelets have clogged the blood vessel, which forms a clot. This prevents pathogens from entering the body to cause infection or disease. 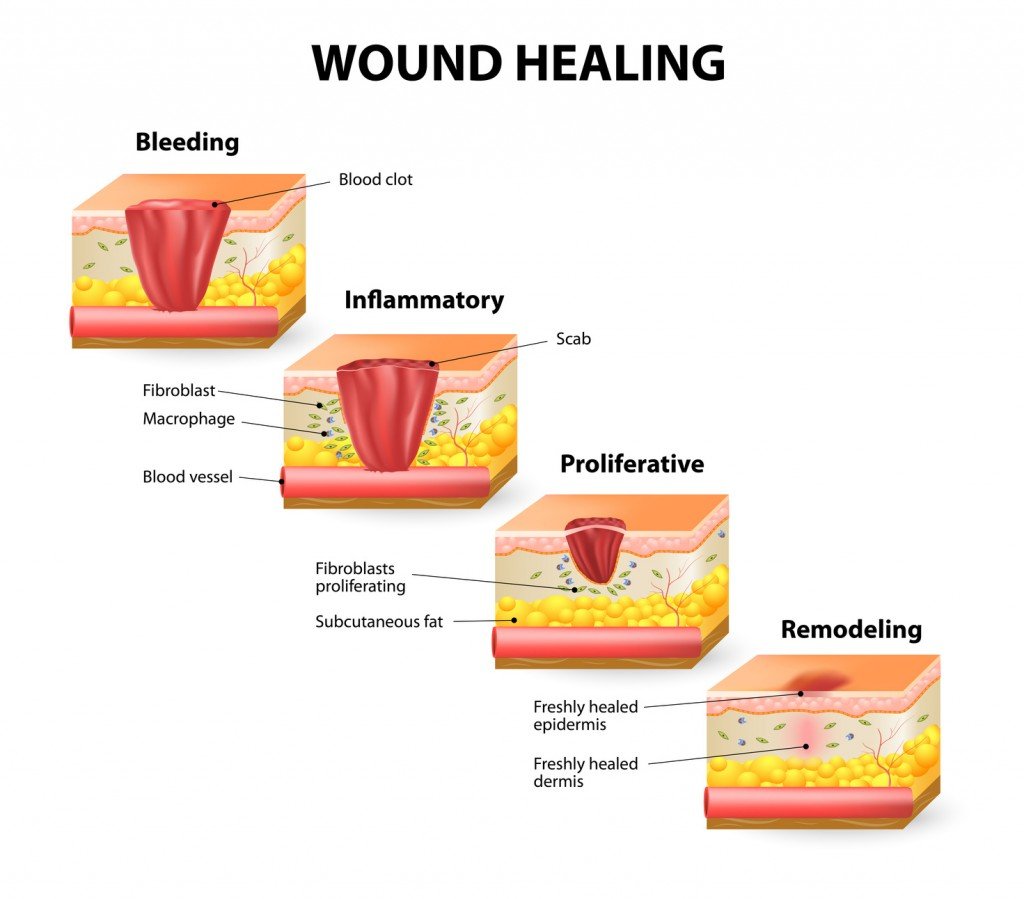 Soon after, the wound will become inflamed and red. The cells at the site of the wound will release chemicals that recruit white blood cells to battle any pathogens that may have made their way into the body and annihilate them.

After this initial response, the healing process begins. Special cells called fibroblasts create the protein collagen, which is what makes our skin both elastic and strong. Skin cells begin to divide to replace damaged cells.

While all of this is happening, the clot on the wound will harden into a scab, and you’ll notice the skin around the scab beginning to stretch. This is when the itching starts!

So why does the wound or scab itch?

Every square inch of our skin is connected to nerves, which provide us with our sense of touch and sensitivity to external stimuli. There are also many itch-specific nerve fibers located on our body’s largest organ. These fibers tell our central nervous system that something is irritating the skin in a certain spot, with the intention of eliciting a response from the body (scratching the itch). 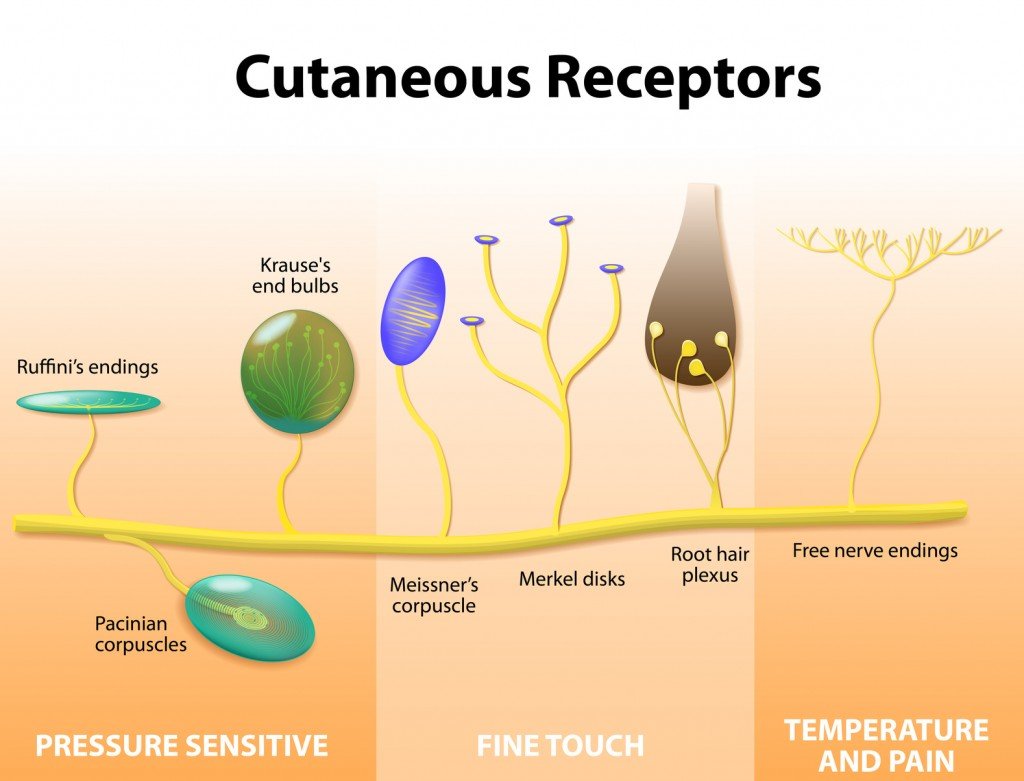 When our body sustains a wound, new cells are formed near the edges of the injury and then move down to the base of the wound. Once these cells have migrated to the center of the wound, they connect with other cells nearby. Once this connection is made, the cells contract, effectively “closing the wound”.

This migration of cells and the subsequent attachment to other cells causes mechanical stress in those regions. This activates the itch-sensing neurons, resulting in us feeling an itch.

During the healing process, cells release a host of chemical messengers to communicate with one another and create a conducive environment to heal the wound. Many of these chemicals and the cells that produce them have been associated with itchy wounds. Immune cells like mast cells produce a whole host of chemicals, such as histamines, that have been linked to itching.

An itching wound is a sign that the wound is healing well, but it’s a false alarm. The purpose of itching is a warning. It might signal that a bug or other harmful creature is crawling on us, or that an allergic reaction has been triggered. In those cases, the itch might save your life, or at least save you from a nasty bite. However, itching a wound is a bad idea.

Scratching a wound can interfere in the healing process. It can scrape off newly formed tissue, disturb cells in deeper layers of the skin and cause additional damage to the surrounding healthy skin. All of this can increase the risk of infection, which leads to the wound taking a longer time to heal, as well as eventual scarring.

Though scientists have figured out this much about itchy wounds, they’re still scratching their heads about how itching works. Itching nerves make their way into the spinal cord, where most of the itch perception happens, but how the brain decodes and responds to itches is still being investigated. This has important significance for certain neurological diseases where itching is a symptom.

The fact that our wounds itch when they’re healing is a good sign; it means that our body’s chemical and mechanical processes are working properly. However, it’s always helpful to have a partner who can help scratch those hard-to-reach places!

Now, if we could just muster a bit of willpower and stop ourselves from picking off our scabs, life would be grand!