The fictional monster Godzilla was created by Tomuyuki Tanaka post the atomic bombings and testings to symbolize nuclear weapons themselves.

Being an avid  follower of Godzilla since childhood, I have always been fascinated by this massive monster and its wide range of abilities.

Recently, I was going through its general anatomy—how it’s a product of radiation, how it feeds and emits radiation and how it has powers like ‘atomic breath’.

Godzilla, as a character, is centered around nuclear radiation. I was aware that Godzilla was created by Tomuyuki Tanaka in Japan, in the year 1954.

But at some point, the historic dates of the atomic bombing of Hiroshima and Nagasaki (1945) struck me and a question presented itself: was Godzilla a cultural tool in the representation of the Japanese experience of nuclear radiation and its after effects? 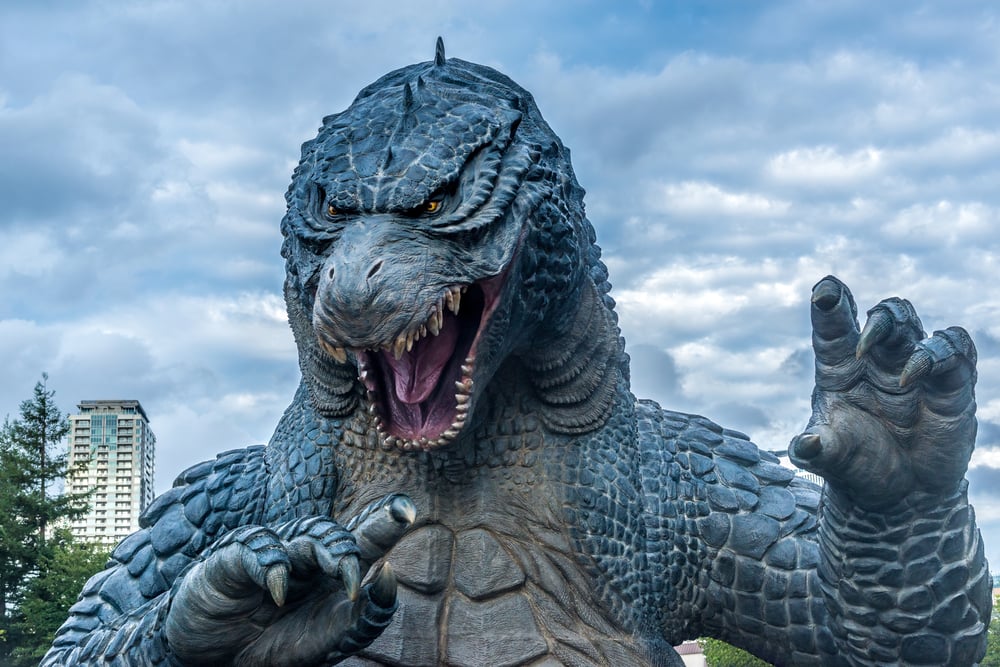 Godzilla is the anglicized version of the Japanese word Gojira, which is made up of two words; Gorira (Gorilla), and Kujira (Whale).

Although Godzilla’s exact origins haven’t  been disclosed, it is known that it’s an old dinosaur like species that has undergone an extensive amount of mutation. We have a crisp video to understand what exactly is mutation: 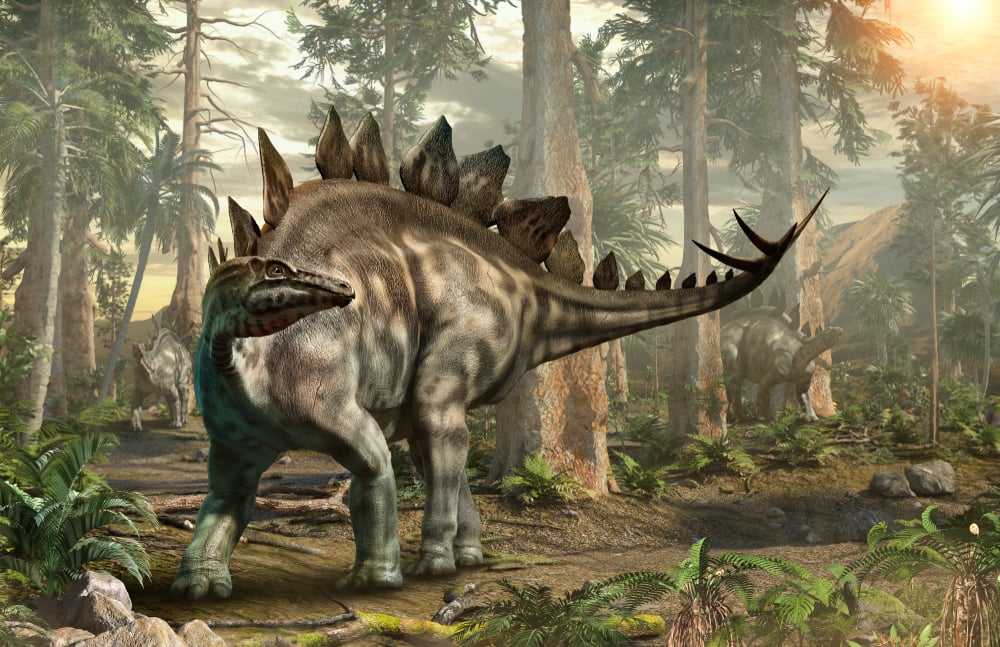 An illustration of a Stegosaurus (Photo Credit: Warpaint / Shutterstock)

The Atomic Bombings Of Hiroshima And Nagasaki

On August 6, 1945, the atomic bomb ‘Little boy’ was detonated over the Japanese city of Hiroshima, and on August 9, 1945, ‘Fat Man’ was detonated over Nagasaki. The detonation of the world’s first two combat-ready atomic bombs was carried out by the Harry Truman-led American government, in an effort to end World War II.

The Japanese Imperial army, prior to the bombings, had vowed to fight relentlessly without displaying any signs of a willingness to surrender. Despite the thousands of casualties that the bombs led to within seconds of their detonation, the aftermath led to radiation sickness, poisoning, genetic changes in progeny and an extensive amount of change brought about by nuclear radiation in general.

However, the wake of these detonations, although horrifying for Japanese culture, was not the ultimate motivator for the creation of Godzilla.

After the end of the second world war, the arms race began. The two superpowers (the United States and the USSR ) had locked horns to stockpile nuclear weapons and were desperate to emerge as the dominant power. An aspect of this stockpiling was testing the nuclear weapons after they were made.

A Japanese fishing boat by the name of Daigo Fukuryū Maru/  Lucky Dragon No. 5  was 80 miles away from the east coast of the Marshall islands.

The captain of the boat was not aware of the expansion of the danger zone declared in 1953, and the boat was fishing in the waters near the thermonuclear test site.

Also Read: What Were The Differences Between Little Boy And Fat Man? The boat, although not damaged, was caked under white sleet raining down on it (the white sleet was millions of coral reef pieces evaporating and being released into the air due to the force and temperature of the bomb). Upon the boat’s return to the coast of Japan, all 23 members were experiencing radiation sickness.

Eventually, one of the 23 members passed away due to radiation sickness. The case of this fishing boat served as the last nail in the coffin of the Japanese experience with nuclear weapons.

This event, being a harsh reminder of the drastic effects of nuclear testing, also stirred up antinuclear sentiments worldwide.

The Cultural Birth Of Godzilla

So how does all of this lead to Godzilla? Tomuyuki Tanaka (the creator of Godzilla) was flying over the pacific in 1954, after the events of the Castle Bravo test. It is said that as he looked below at the ocean, the idea of a creature emerging from the ocean bed struck him.

And so, in 1954, the movie Gojira was released, in which the monster, Godzilla was awakened from his slumber due to all the hydrogen bomb testings being carried out. Once awakened, Godzilla is unstoppable and lays waste to Tokyo and many surrounding regions with its huge stature and atomic breath. 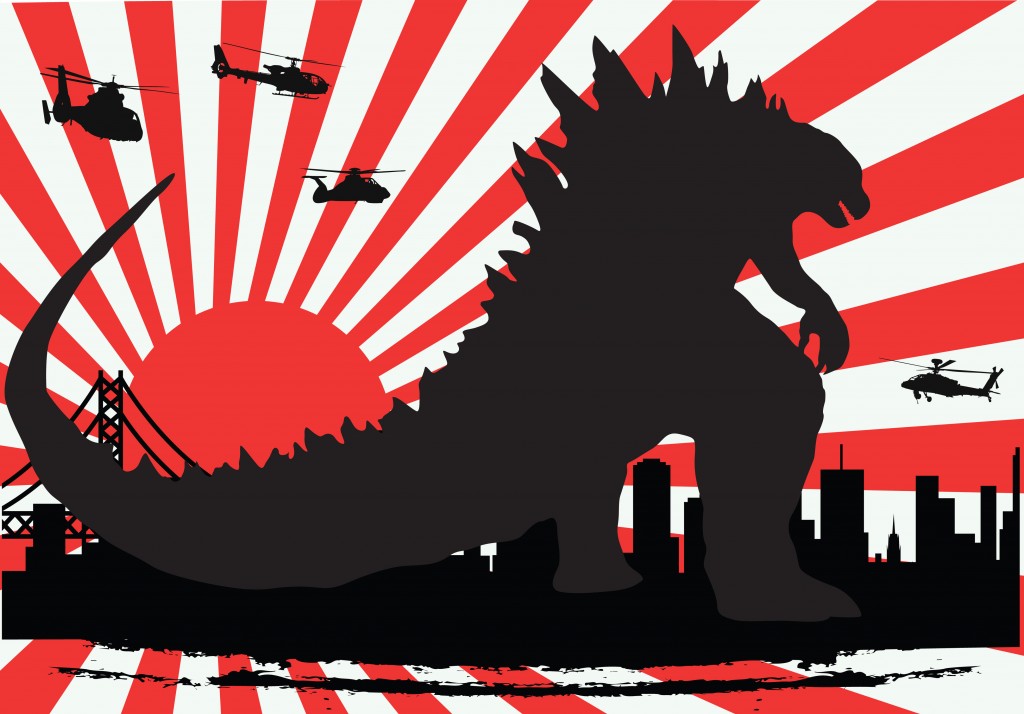 The 1954 movie opens with the shot of a boat, somewhere in the Pacific. The water around the boat suddenly turns white and starts to boil, the boat is destroyed in a white flash.

Perhaps the most important reference of all is in the creation of Godzilla itself. Godzilla is said to represent a myriad of things. Some attribute it to the United States, some to Japan itself, but the most common interpretation of Godzilla that remains consistent, is of the monster representing nuclear weapons, and the enormous burden they bring upon the world.

What is even more interesting is how the character of Godzilla has developed in Japanese culture. On many occasions, in future sequels, when another monster lands upon Earth, or perhaps caused when a scientist/nuclear terrorist is adamant about creating havoc, Godzilla is depicted as battling these threats to restore balance.

These versions fit with Godzilla’s representation as nuclear weapons. They propose the alternative point that, although nuclear weapons bring amount unimaginable amounts of destruction and suffering, when an extremely resilient enemy is against you, nuclear weapons are also very efficient weapons/deterrents.

The Godzilla franchise has taken a sharp turn since its inception. After it was imported to Hollywood, a large part of the new films had themes like Godzilla fighting other monsters and Godzilla being depicted as an ‘anti-hero’. The name ‘King of the Monsters’ was also given to Godzilla by Hollywood. 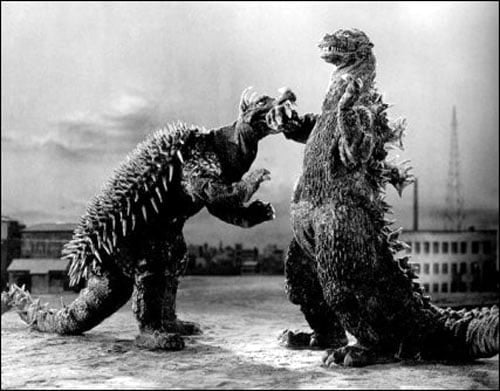 Characters like Godzilla give an extremely subtle nod towards how a society deals with a traumatic event through cultural tools. A psychoanalytic review of the arrival of Godzilla’s character points towards the concept of ‘repression’.

Following the bombings of Hiroshima and Nagasaki, while dealing with the aftermath of the radiation, Japanese culture largely experienced feelings of helplessness and resentment. These experiences coming out in the form of characters like Godzilla are what is known as ‘projection’.

When all those experiences were given a physical, symbolic form, they became a larger part of Japanese history and culture.

I still hold an appreciation for the character and universe of Godzilla, but I maintain that respect by honoring the multiple Japanese experiences and by being aware of the deep history in which that character is rooted.