Evolution is the basis of growth. It was evolution that took us from single celled organisms to the complex, multicellular organisms we our today. It is to evolution that we owe our existence, our survival and our virtue of being the smartest creatures on the planet.

One of the biggest subset of evolution is mutation. From green eye colour to the male species, all are a gift of mutation. Molecular biology is a fascinating field of study. However, before one divulges into advance topics, let’s get our fundamentals right.

All our genetic information is stored and passed on in the simple arrangement of 4 basic nitrogenous bases – Adenine (A), Guanine (G), Thymine (T) and Cytosine (C). In RNA, the Thymine is replaced by Uracil (U). Adenine and Guanine are called purines, while thymine, cytosine and uracil are pyrimidines.

The arrangement of these 4 bases in various combinations eventually gives rise to proteins. The nitrogen bases are read in sets of 3, called codons. The codons determine the order of arrangement of the amino acids which undergo folding and more folding to create proteins. 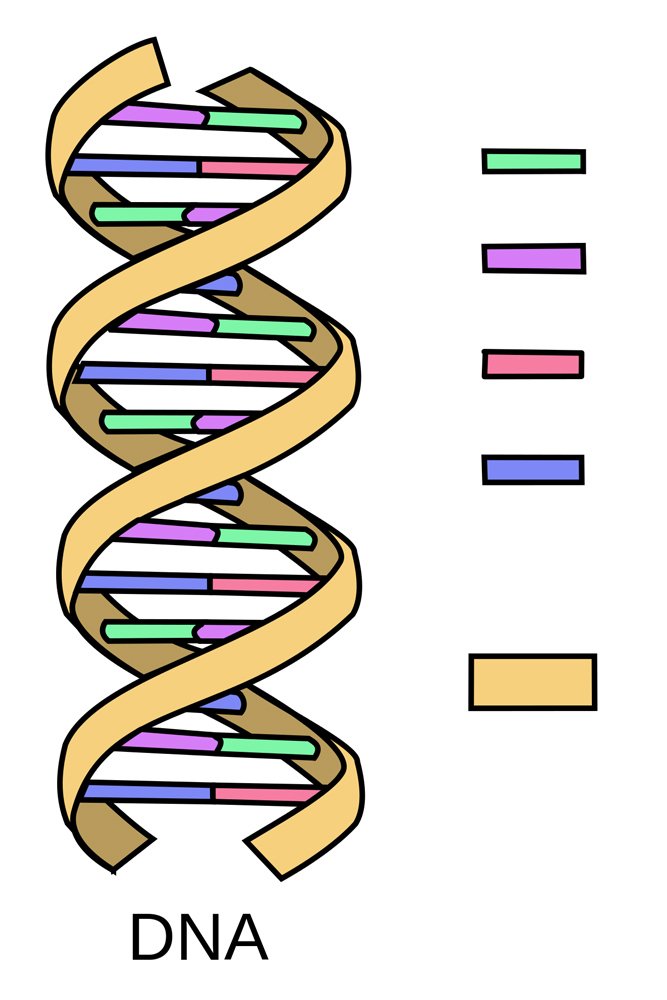 If the reading starts from A, the codons will look like this : AUG CCA GCA

If the reading starts from U, the codons will look like this : A UGC CAG CA

If the reading starts from G, the codons will look like this : AU GCC AGC A

Technically, a mutation is any sudden change in the genes. Conversely, evolution is a change in the gene which takes places over a prolonger period and is for the survival of the species. A mutation may or may not be beneficial to the organism and/or species.

Considering the intricacy of our genetic code and genes, there are a number of ways that these mutations can occur.

When one or more bases in the DNA are deleted, it causes deletion mutation. For instance, AUGGGACGA becomes AUGGACGA. The G base gets deleted from the middle.

This is somewhat similar to insertion mutation. A part of the gene sequence gets duplicated and copied multiple times into the sequence.

The length of the duplicated sequence can vary from a single codon to multiple codons. 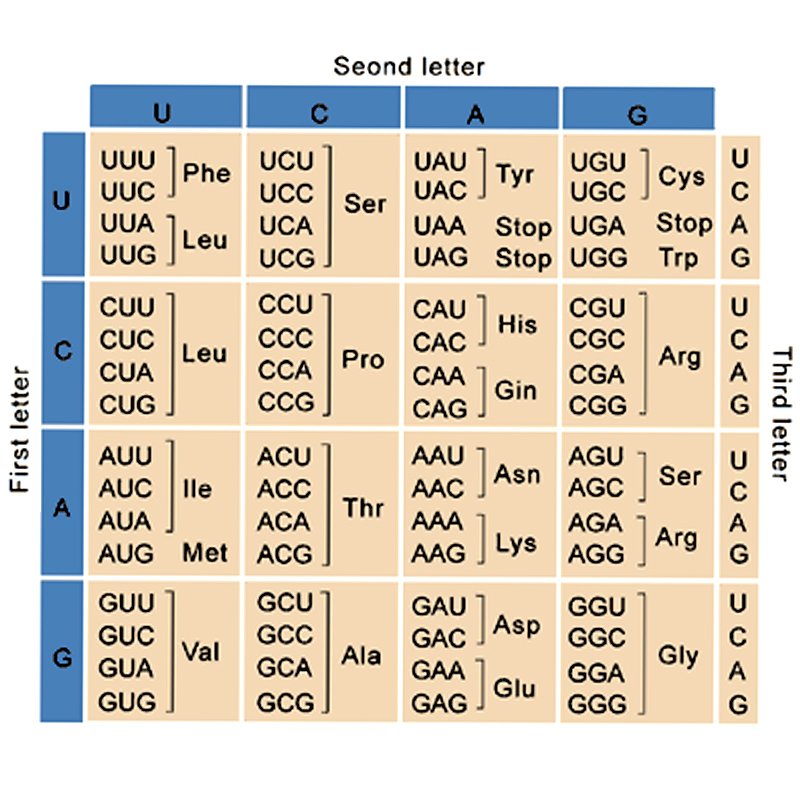 Sometimes, a part of the DNA strand may break off from the middle. This segment, before getting reattached to the main strand, sometimes turns 180 ° before reattaching. This is known as inversion mutation. While there is no loss or addition of any bases, the order changes which can lead to a significant change in the protein it codes for.

Let’s take a simple example to understand this. Consider the deletion mutation we spoke of above wherein AUGGGACGA becomes AUGGACGA. Now let’s see how these will be read according to the genetic code.

Deletion, insertion and duplication lead to such types of frameshift mutations.

Not all mutations cause undesirable changes in our genes. Based on this, there can be 3 types of mutations.

Some mutations lead to the coding of a STOP codon, instead of a normal amino acid. This leads to formation of shorter protein sequences which maybe dysfunctional, or not functional at all. These are nonsense mutations

In the genetic code, the third base is less important. AAA and AAG both code for lysine. Therefore, when there is a change in the last base of a codon, the amino acid remains the same. This is due to the degeneracy of the genetic code. These mutations don’t cause any change in our proteins, and hence are called silent mutations 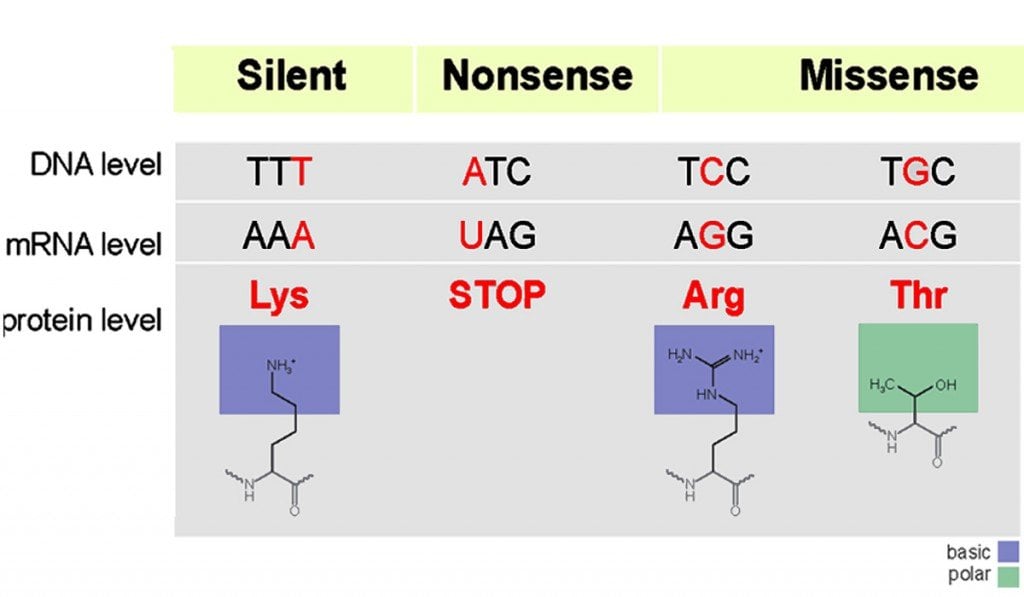 Mutation may not always bring about undesirable changes. The are an essential part of molecular biology, and hence it is necessary to understand their basics. A large number of diseases, like sickle cell anaemia, huntingtin’s chorea, fragile X syndrome, etc. are caused due to such mutations.