With a few tweaks using a convex lens and the particular placement of the bat symbol, the Batman signal can actually be projected against the night sky!

Imagine walking in the dark alleys of Gotham in the dead of the night. The Bat signal glows among the clouds like some being from a Lovecraftian nightmare.

The soft glow of a light bulb suggests some movement behind you. You turn around as your heart beats faster. You don’t see anyone, but you know someone is there. You look in the darkness, straining your eyes to make sense of all the shapes in the shadows. Suddenly, someone springs from the darkness. You close your eyes, preparing yourself for the assault. Moments pass, but nothing happens. You finally open your eyes and see nothing but a set of intense white eyes in a sea of black.

Just as quickly, he disappears. You look up at the sky, the Bat signal still hanging over the city. You look at it and smile, because so long as that Bat signal glows among the clouds, nothing bad will happen. 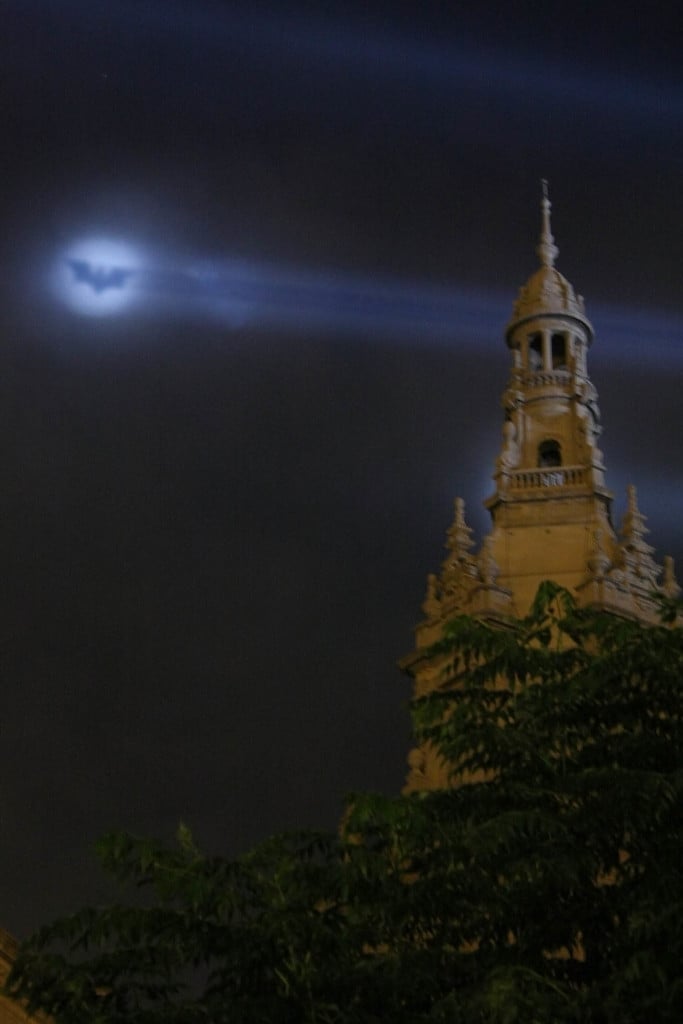 What exactly is the Bat signal?

The Bat signal first appeared in comic books in the year 1942 in Detective Comics #60, almost three years after the introduction of Batman himself. In the first comic strip where it appeared, it is described as a “cone of light” coming from the top of the police department enclosing the silhouette of a bat.

Throughout all the Batman iterations, the Bat signal has been used by the Police (mostly Jim Gordon) to call Batman for help or used by Batman himself, to let the criminals in Gotham City know that he’s out there, watching and waiting. 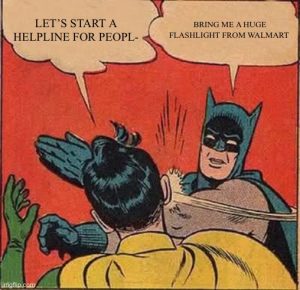 The Bat signal has been depicted in different ways across comics, games, and movies. Most of the time, however, it is shown as a Bat silhouette appearing in the dark clouds of Gotham at night. In other settings, it has been shined on one of the tall buildings of Gotham City.

However, in every iteration, one thing has stayed constant—the way the Bat-signal is projected.

How is the Bat signal projected?

In every version of Batman, the Bat signal is projected by placing a solid bat symbol on a powerful searchlight and shining it either in the sky or onto a building to create a large bat emblem. 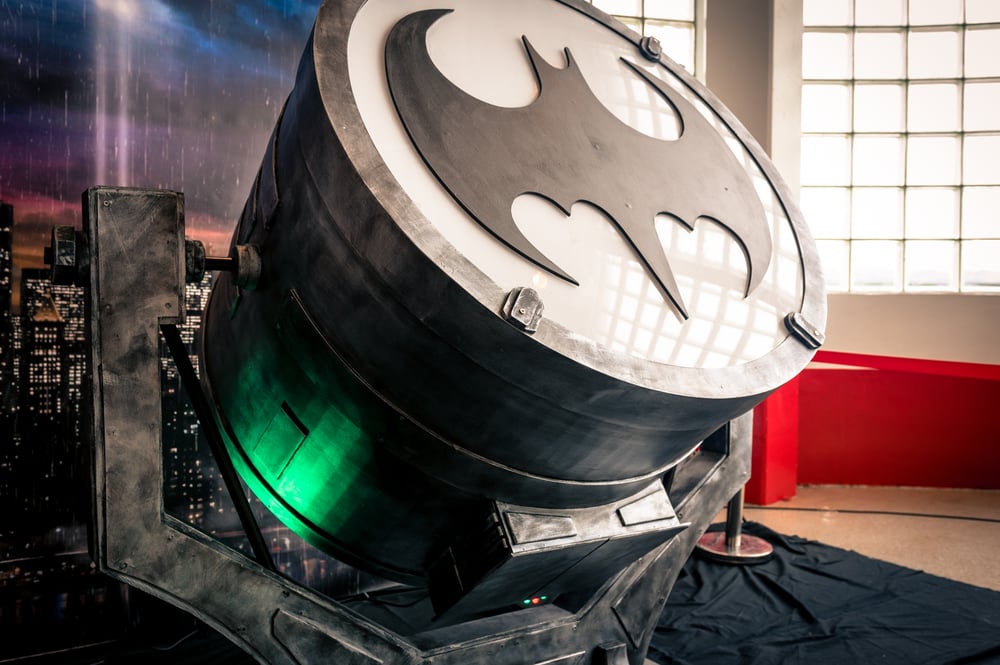 The Bat signal consists of a huge searchlight and a bat symbol. (Photo Credit : PJ_Photography/Shutterstock)

Now, to understand the science behind this iconic warning sign, we need to understand what exactly happens when the Bat signal is projected. 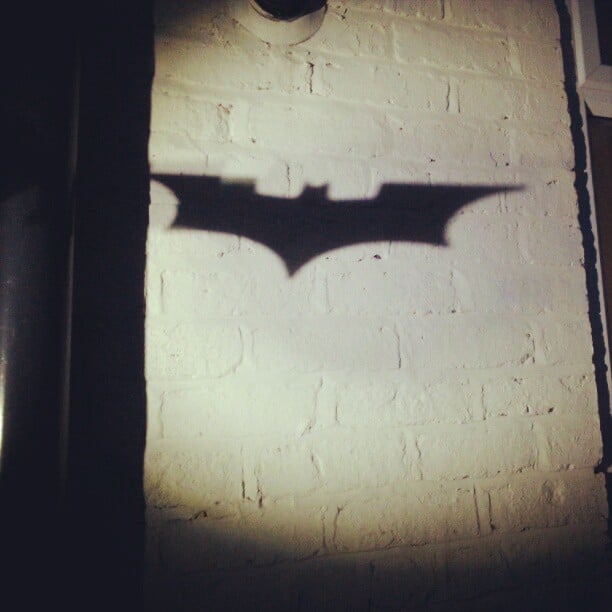 Now, it’s quite easy to imagine this setup for projection. We have all seen the movies and the comics, but does it work like that in real life? Do we need to make any modifications? Is it even possible to project it against the clouds in the night sky?

How can the Bat signal be projected in real life?

First of all, there are plenty of problems with how the Bat signal is projected in the movies and comics; unfortunately, it wouldn’t work in real life without some major modifications.

The first problem is the way light works. To produce an image, we need a light that is being thrown in a single direction. Now, you might think that a searchlight does that, but that’s not really true. Even a searchlight has a certain spread, which would make it impossible to produce a proper signal.

The second problem is with the placement of the bat symbol. In movies and comic books, the symbol is placed right on top of the searchlight. Again, this wouldn’t work, as the symbol is too close to the source of light to obstruct it and form a silhouette. 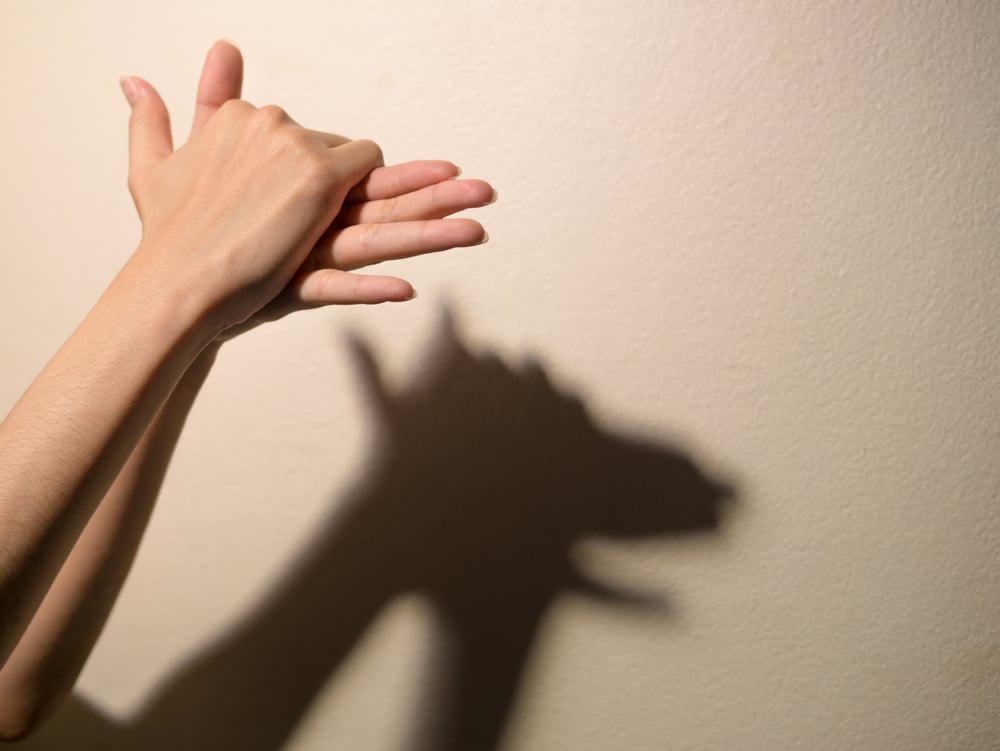 A dog made by placing one’s hand at the focal length of the flashlight. (Photo Credit : ritthikrai.w/Shutterstock)

Imagine making shadows with your hands in front of a flashlight. It doesn’t work if you put your hands right in front of the flashlight; you must keep them at a certain distance to produce a sharp shadow.

So how would you fix these things to make a bat signal? It would actually be pretty easy. The first problem can be fixed with a convex lens. A convex lens is curved outward, so when light traveling in all the different directions hits one side of the lens, it gets bent, and all the light rays come out parallel from the other side of the lens. Thus, we would have a unidirectional light source. 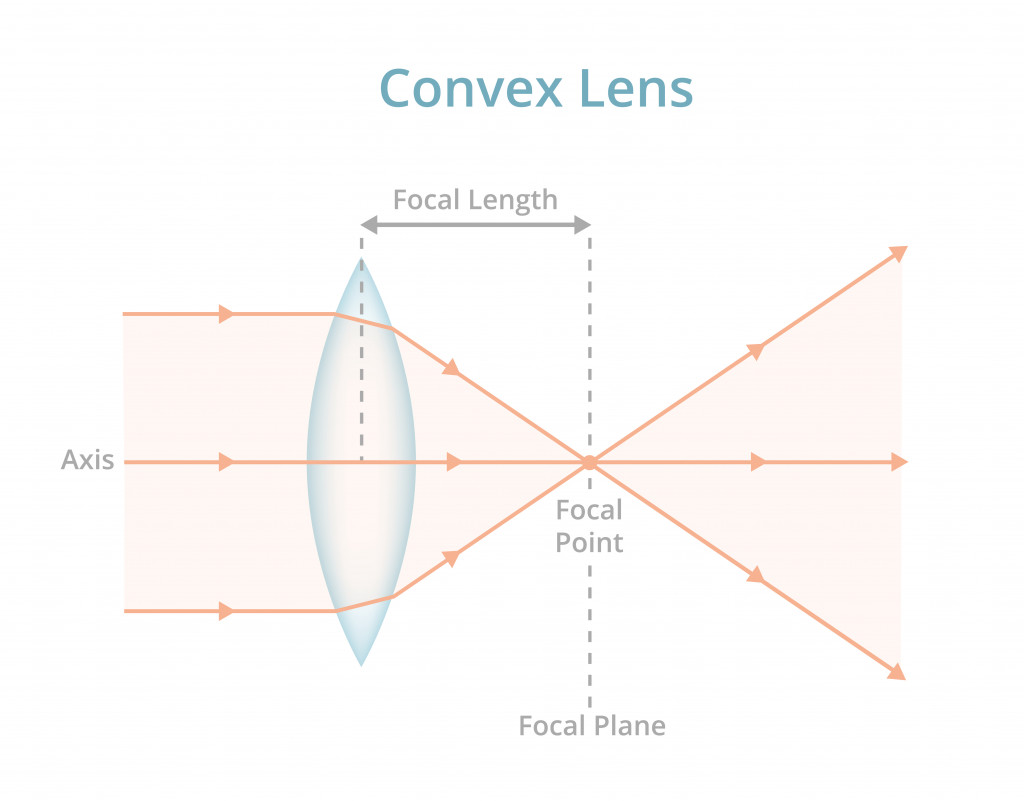 The illustration of the working of a convex lens. (Photo Credit : petrroudny43/Shutterstock)

At that point, all you would have to do is place the bat symbol at the focal length of the convex lens, between the source of light and the lens. Basically, the focal length is the distance from the lens to the point at which all the light coming from the lens converges. This depends on the curvature of the lens. Also, you would have to place your bat symbol upside down, as a convex lens flips the images.

And with that, we have successfully sorted the problems with the Bat signal shown in movies and comics. With these fixes, the signal can be projected in real life on buildings or in the sky, provided the night is extremely foggy and cloudy.

There are definitely some problems with the Bat signal as it has been shown in the fictitious world, but with a few tweaks using a convex lens and fixing the placement of the bat symbol, the signal could actually be projected in real life! 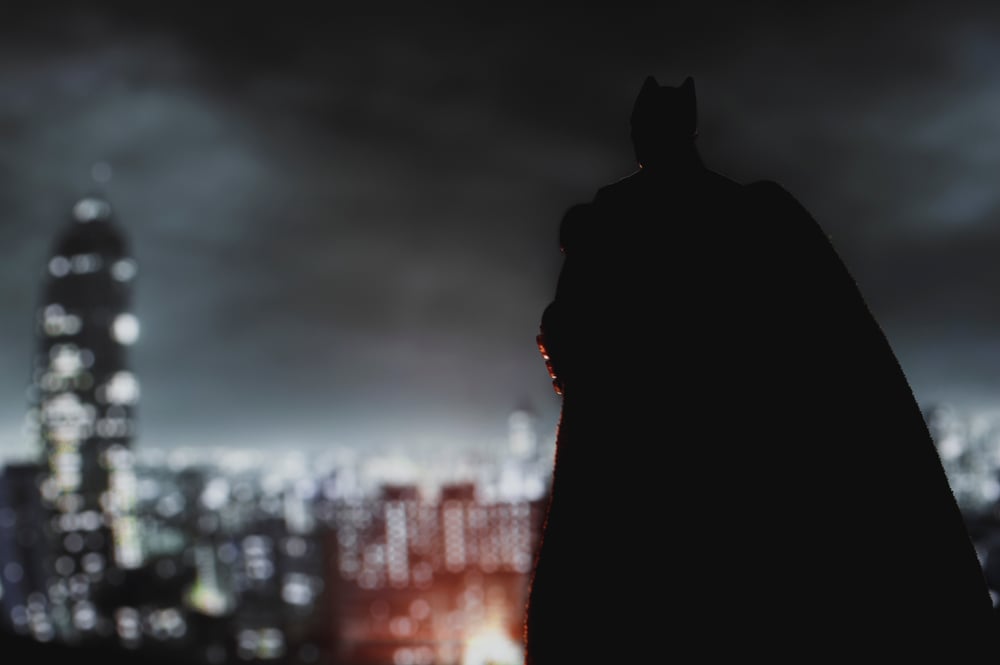 In fact, a group of fun-loving guys has actually worked hard to make that possible… all they lacked was a real Batman!