Most of the planets in the Marvel movies seem unrealistic, but some of them appear to follow the laws of planetary physics and could exist in some faraway galaxy.

In its journey to date, which comprises about 43 movies, the Marvel Cinematic Universe has taken us to faraway galaxies and wondrous destinations. Although the stories mostly revolved around Earth, audiences were also introduced to numerous planets and celestial bodies that seemed unreal.

Each of these places was unique and looked like something that we had never seen before, which brings us to our question—Can these Marvel planets exist in reality?

Many of the MCU planets seen in the movies were habitable and hosted various species. Much of this, however, depends on whether these plants satisfy the laws of planetary physics or not. In this article, we will review the planet Asgard, but before digging into our Marvel fact file, let’s take a look at the true origins of Asgard.

The world was not always as we see it today. There was a time when there was no science or national boundaries; the only distinct groups that formed were based on one’s location and beliefs. One such group of people in early Scandinavia and neighboring regions were called the Norse; their line of thought, as found in various pieces of their literature, is called Norse Mythology.

The Nordic mythological world mostly talked about Gods and other out-worldly creatures. However, the most interesting belief that the Nordic people shared was about The Nine Worlds, which were home to the nine different types of beings they believed existed in the pre-Christian era. 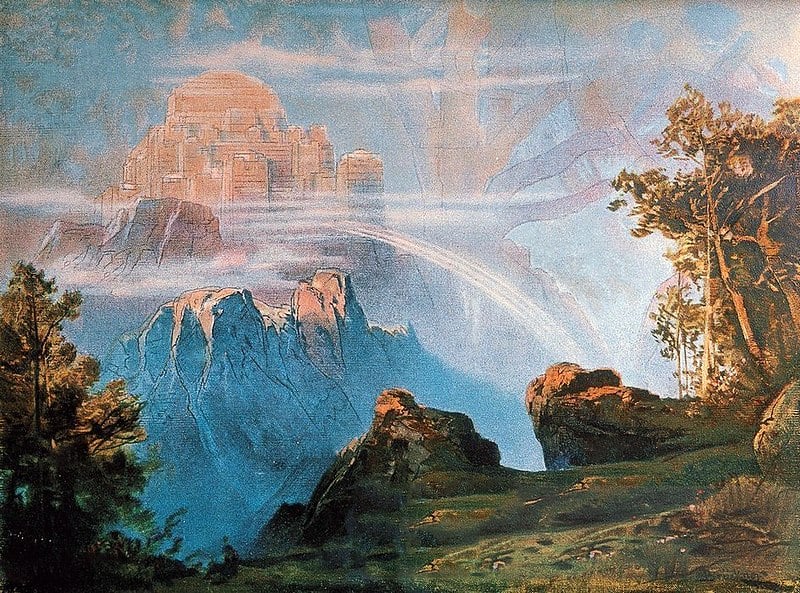 One of these nine worlds was called Asgard, which translates to the home of Aesir or “the Gods”. Asgard was the seat of King Odin and his son Thor (yes, our beloved Thor was originally a Norse mythological character).

Asgard is described as a highly civilized society that is law-abiding and boasts a proper political structure (Norse Mythology). It is situated somewhere in the sky and is connected to the land of humans (Midgard) by a rainbow-like bridge. Asgard is said to be invisible to most common beings, and only an Aesir can access the bridge. This means that to enter the land of Gods, one would need a god of their own by his side.

Asgard according to the Marvel Cinematic Universe

Asgard has been depicted as a separate planet in the Marvel movies. It is the planet of the peacekeepers and a part of the nine realms. It is the home of the mighty Thor and his fellow Asgardians. Frankly speaking, it is the coolest planet shown by the MCU. The towering skyscrapers, hovering structures of unique architecture, and all the other technology provide proof of its superiority and greatness.

What strikes me the most is Asgard’s similarities to the United States. Think about it… a technologically advanced nation that proclaims to solve all intergalactic problems and deploys forces wherever military tension exists.

Can a planet be flat?

In the movies, Asgard has been shown as a flat planet, a description that matches to some extent the one given by the ancient Nordic books and myths. The flatness in planetary terms implies that Asgard’s equatorial diameter is far greater than its polar diameter.

To understand this better, consider the axial rotation of our own planet. Earth is also not a perfect sphere. It is slightly bulged at the Equator, as compared to the poles (Earth’s equatorial diameter is 43 kilometers larger than its polar diameter). The reason behind this unevenness is the axial rotation of the planet. 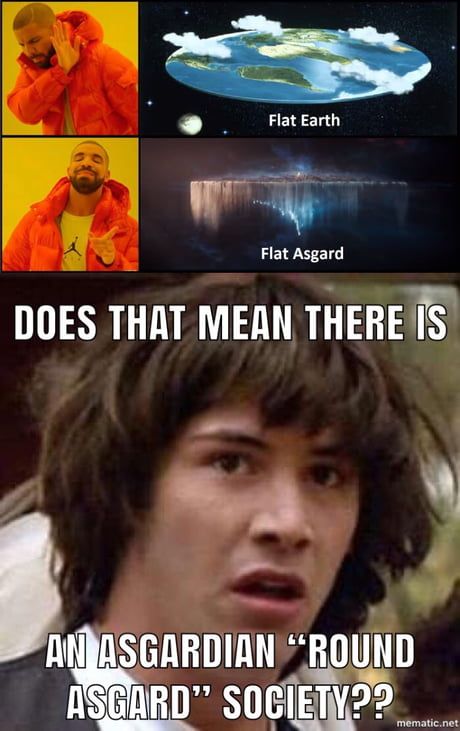 Earth rotates at a speed of about 1600 km/hr and the centrifugal force generated by this motion forces it to flatten minutely. However, for a planet to be as flat as Asgard, it would have to rotate at extremely high speeds. As a result of such high rotational speeds, as well as the Coriolis and other effects that follow it, the surface of such a planet would experience extreme turbulence. It would make the planet’s crust extremely uneven and not ideal for supporting any kind of life.

The problem of heavy mass

Let’s consider for a second that the problem of surface turbulence was solved. Even so, one issue would continue to haunt us. Planets rotate due to their inertia acting in the wide vacuum of space. When a spherical body is hit by an object at its surface (say an asteroid or meteor from space), it starts axial rotation.

If no external force acts over such a body, it continues its motion because of a property called Inertia, which is a result of the planet’s mass. The greater the mass of a planet, the higher its rotational speed (Jupiter’s rotation speed is 43,000 km/h, as compared to Mar’s 868.33 km/h). Thus, for a planet to have as high a rotational speed as a flat Asgard would require, its mass would have to extremely high.

Such a planet would either be extremely large to incorporate all the mass, or it would be made up of unimaginably dense material. Now, the gigantic rotating body would possess a lot of kinetic energy due to its motion. The surface area of such a planet would be constantly emitting energy in the form of radiation. The magnetic and electric fields of these radiations would interact (like in the case of solar flares) causing distortions over the entire surface of the planet.

It would also attract smaller celestial bodies towards it, which would constantly hit it, reducing its size and thus slowing it down. This is why we only see planets under a certain size limit. For the latter case to occur, such a dense element would have to exist, which would itself be nearly impossible, given our knowledge at present. Atoms with a high number of protons and neutrons in the nucleus are extremely unstable; in fact, the final few elements in our periodic table have only existed for a few seconds in highly controlled laboratory settings!

Again, a planet with all of the above-mentioned characteristics would experience negative gravity, meaning that a force would be constantly pulling objects out of it. All in all, there seems to be a lot of problems with the possibility of Asgard truly existing.

As such, with the knowledge we currently possess, we can safely rule out the prospect of finding such a celestial body. However, Early Man once believed that Earth was the center of the Universe, and that clearly didn’t end up being correct. Perhaps our present knowledge and beliefs will one day be looked back upon and be seen as equally rudimentary and ignorant…. only time will tell!