Yes, drinking a lot of water will certainly change the pH of the stomach by a small amount. However, since your stomach is very acidic to begin with, drinking water will not dilute it significantly. Also, there are systems in place that alert the stomach when its acidity changes, and it consequently starts producing more acid to maintain its pH at a constant level.

On a particularly parched morning, you drink two glass of water one after the other. Suddenly, being a science enthusiast, a thought pops into your head, “Does all this water dilute the acid inside my stomach?”

That’s actually quite an interesting question. Our stomach contains acid, and water is known for its ability to dilute even the strongest of acids. So, does it act the same with the acid in our stomachs?

Does drinking water change the pH of stomach acid?

Before we get further into this, it will help if we cover a few basics pertaining to the stomach.

Gastric acid: The Acid Present Inside The Stomach

The stomach is the place where all the stuff we eat goes to be digested. It secretes a number of juices and enzymes that help in breaking down the food we eat and providing energy in the process. That’s why an upset stomach is one of the biggest nightmares to all humans, especially those who call themselves ‘foodies’. 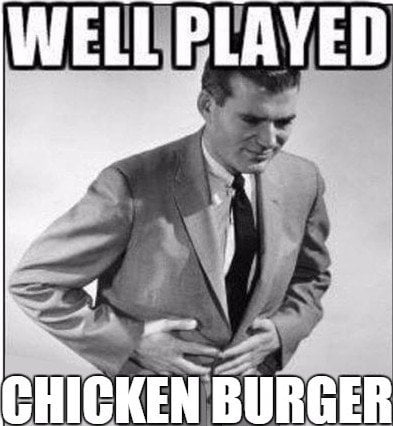 The stomach contains many things, but what we’re interested in for the scope of this article is the gastric acid. Also referred to as stomach acid and gastric juice, it’s basically a digestive fluid – comprising hydrochloric acid (around 5,000 – 10,000 parts per million), sodium chloride and potassium chloride – that forms inside the stomach. 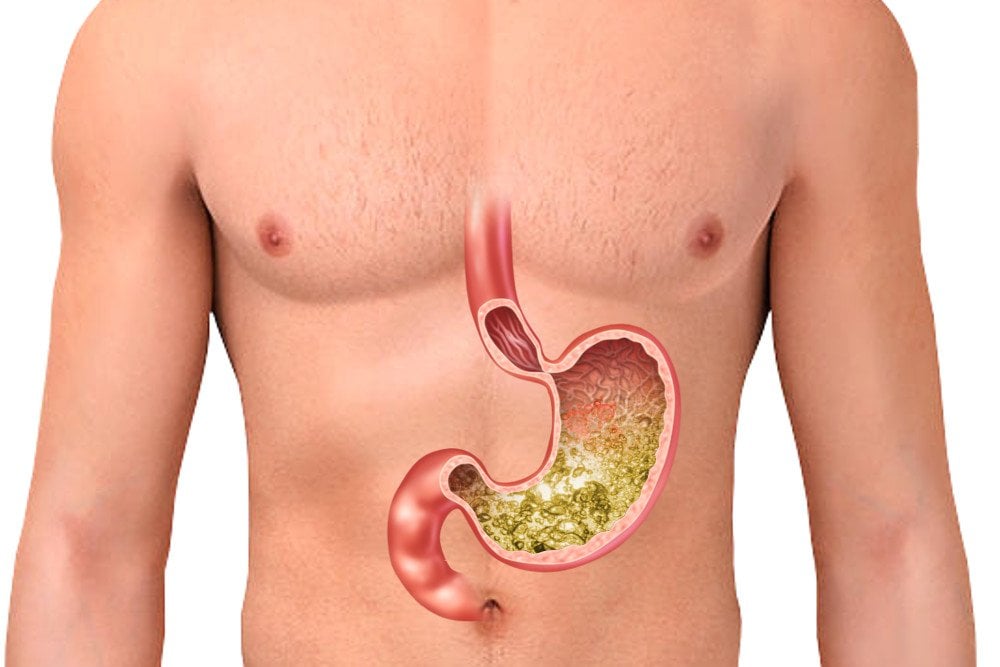 An artist’s representation of the gastric acid present in the stomach. (Photo Credit : ScienceABC)

The primary function of gastric acid is to aid in digestion by activating pepsinogen into pepsin – an enzyme that breaks down proteins – which, in turn, helps to break the bonds linking amino acids. Also, the acidic environment inside the stomach prevents infection and the growth of dangerous microorganisms.

The Human Stomach Ranges From 1 to 3

You might already know that the acidity of a liquid is determined by its pH value. If you don’t know this already, pH is a numeric scale used to determine the acidity (or basicity) of a given solution. The values on the pH scale range from 1 to 14. A solution with a high pH value is basic in nature, whereas one with a low value is considered acidic. 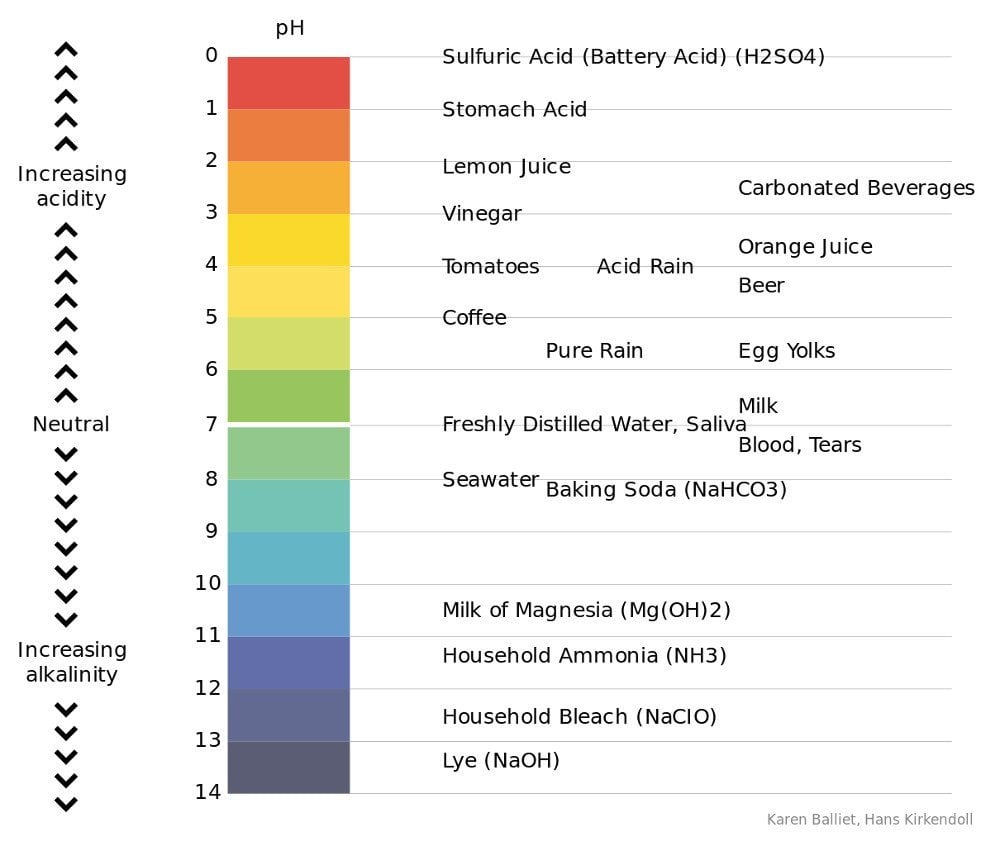 The normal pH of the human stomach ranges from 1 to 3, and usually sits right around 2. However, if you’ve eaten recently, the pH increases by a point or two to roughly 4-5.

What Happens To Gastric Acid When You Drink A lot of Water?

An ‘empty’ stomach already holds a small amount of water. Now, if you drink 1 liter of water, the pH of your stomach, which had been at 2, would increase a little more. So, there’s definitely a bit of ‘dilution’ of gastric acid, so to speak.

However, don’t forget that we are talking about human organs here, which means that it’s not so straightforward.

This is where something known as the buffer capacity of the stomach steps in. This is the amount of secretion of hydrochloric acid needed to lower the pH to 3 when it increases above this value, usually after eating food or drinking too much water. In other words, when you drink too much water, buffering molecules inside your stomach begin losing protons, which increases the number of free protons in the system.

Furthermore, there are cells in the stomach that act as sensors and can figure out when there is too little or too much acidity in the stomach. In effect, these buffering molecules ensure that there is little variation in the normal gastric pH.

So, in a way, you could say that the stomach takes care of itself. 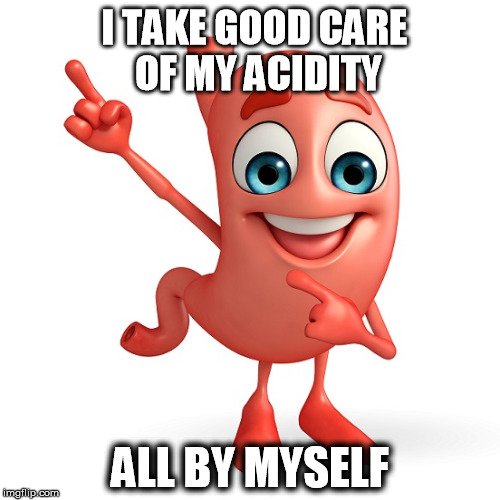 In a nutshell, yes, drinking (at least) a liter of water ‘will’ make your stomach slightly less acidic, but not for very long, because our tummy has ‘organic pumps’ that not only get rid of the extra acid inside it, but also increase the acidity as and when required.