For some people, the idea of going even a few hours without grabbing a snack seems like torture, and with vending machines and fast-food restaurants on every corner, we’ve been programmed to eat what we want, when we want.

However, there are many other people who argue that less is more; more specifically, eating less food less frequently. “Fasting” has become a bit of a hot-button term in recent years, but the process of denying yourself food for extended periods of time is hardly a new idea.

The debate over the health benefits of fasting has raged for generations, so let’s take a closer look – the real answer may surprise you!

Fasting: Past and Present

In ancient times, when prehistoric hunter-gatherers were trying to find food and survive, fasting was an unavoidable part of life, where you might go a day or two without food, or at least skip a few meals here and there. It is believed that this enforced fasting helped drive human evolution, and that this sort of fasting behavior allowed humans to adapt and survive. On the other hands, in the modern world, fasting is most commonly linked to two things: religious tradition and weight loss.

For example, the Big Three religions – Judaism, Islam, and Christianity – all include fasting in their religious doctrines, for various lengths of time or on particular days during religious seasons. That type of fasting is usually over the short-term, and the body is still allowed to get its nutrients in other ways (eating after sunset, eating fish instead of meat, etc.).

Fasting for weight loss can be more extreme, as many believe that eliminating calories entirely will result in weight loss. In theory (and in practice), this does work, as the body constantly burns calories, even when you aren’t consuming any, but there are many other factors to consider.

The Dangers of Fasting

The primary concern of fasting is when people use it as a weight loss tool, because you are essentially causing quick fluid loss, but not long-lasting, sustainable weight loss. It causes your body metabolism to slow down, which means that when you start eating again after the fast, that weight gets put on even more quickly. Furthermore, fasting causes dehydration in the body, and as we all know, fluids and water are essential for survival. Dehydration can lead to weakness, dizziness, cognitive impairment, and electrolyte imbalances within the body.

Hunger and the desire for food can be powerful enough to cause enzymatic and chemical reactions in the body that creates saliva and stomach acids to handle the food you’re about to eat. In other words, even smelling or seeing food can cause excess acid to build up in the body, leading to heartburn and other gastrointestinal issues.

Finally, for those suffering from pre-existing conditions, such as diabetes, fasting can severely impact insulin levels, causing dangerous spikes and plunges of blood sugar that can lead to hypoglycemia for those who inject insulin and choose fasting. In short, for those suffering from metabolic or pre-existing conditions, the act of starving oneself may cause weight loss or temporary relief of certain conditions, but can be very harmful for long-term weight loss goals and overall health.

The Benefits of Fasting

On the other side of the coin, fasting can be beneficial for human health in other ways. For example, by giving the body time to repair and rest from the process of digestion, it has been shown that people have lower levels of inflammation, reduced oxidative stress damage, and even reversals of chronic diseases, including cancer.  Furthermore, when insulin levels drop in the body, it does increase fat-burning, which is good for those trying to maintain a good physique.

Your body also releases more norepinephrine when fasting, which speeds up fat-burning, revealing that “short-term” fasting can actually increase metabolic rate for short periods of time (such as the example of the hunter-gatherers above). For those suffering from heart disease, short-term fasting can lower certain risk factors, like triglyceride content, blood pressure, and cholesterol, all of which prevents more serious cardiovascular issues.

The impact on the brain is one of the more controversial areas of fasting research, but studies have shown (mainly on animals) that fasting can stimulate the growth of new nerve cells and boost the production of brain hormones that prevent depression and anxiety. Even Alzheimer’s research has explored the impact of fasting, and has shown that it may actually prevent neurodegenerative diseases due to its ability to lower inflammation and oxidative stress. All in all, it seems that regulated short-term fasting is appropriate if you aren’t suffering from existing medical conditions, and that all fasting should be done carefully, to ensure that you derive more benefits than risks. In other words, the debate over fasting in human health isn’t likely to end anytime soon!

The short URL of the present article is: http://sciabc.us/xOZOC
Help us make this article better
Prev Article Next Article
About the Author: 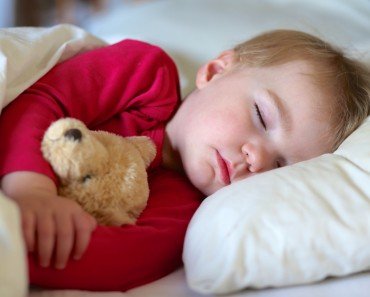