Prehistoric humans craved sugar because it was an indicator of food that was high in calories and would help them survive in harsh conditions. Today, we continue to crave sugar because it is an addictive substance and our brains release dopamine when we consume it.

How bleak would the world be without sugar? Sugar is something that everyone loves, no matter which culture you come from. What is it about sugar that’s so universally appealing? It contributes to obesity, diabetes, high blood pressure and much much more… obviously, sugar has a lot of detrimental effects on the human body. Even so, nothing seems to curb our craving for sugary sweet products.

So, what sets the “sweet” apart? Why do we crave it so much more in comparison to other tastes? There are several studies proving that sugar is addictive, but the reason for this addiction is hidden within the study of human evolution.

We have to remember that prehistoric humans had very different concerns than we do today. Their ultimate goal was to survive in the harshest of situations – no matter what. If a food tastes sweet, then it’s an indication that that particular food is high in calories. We have evolved to process sugar in such a way that we can store various fats in our bodies. This fat can later be useful in case there is a severe lack of food. Prehistoric Man therefore naturally developed a taste for sugar, as it significantly helped him in his efforts for survival.

Sugar is found in varying degrees in almost all foods. Even meat contains a certain amount of sucrose. The higher the concentration of sugar in a piece of meat, the juicier it is. Sweetness therefore becomes an indicator, a fact which helped Prehistoric Man in distinguishing between good, juicy, calorie-dense meat and bad, unpalatable, unhealthy meat. 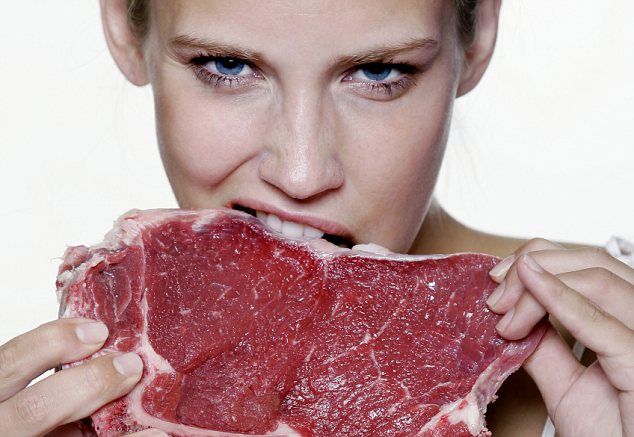 However, some scientists suggest that sweetness does not necessarily flag a food item as being high in calories. For example, potatoes are not essentially sweet in nature, despite being full of carbohydrates. The other explanation that is therefore offered is that our craving for sugar is basically a craving for fructose.

Because he craved fructose, Prehistoric Man would vigorously look for fruit. The consumption of fruit was important for him, not only because it imparted a concentrated dose of sugar and calories through fructose, but also because it ensured the intake of vitamin C and fiber. Fruits are not commonly found everywhere in the natural world. Moreover, most fruits are situated high up in trees. Therefore, evolution ensured that we humans developed such a strong craving for fructose that we would undertake the task of climbing trees to access fruits.

Our ability to detect sweetness as a taste is highly attuned. Sweetness has the highest recognition threshold, meaning that we can taste sucrose even if it comprises only 0.5% of a solution! This gives us the ability to distinguish what is ripe for eating and what isn’t. It’s also an indication of whether or not something is safe to eat. Our ability to recognize bitterness has the lowest threshold, because bitterness is directly related to toxic foods in the natural world. If a food is sweet in taste, it means that the food lacks toxins, making it safe for consumption.

So, if there was a Prehistoric Woman with a sweet tooth, she had a higher chance of survival than her peers, because she would actively avoid bitter foods, lessening her chances of getting poisoned. Her tendency to enjoy sweeter foods would then be passed on to her children, who would also fare better at surviving. Soon enough, the lactose levels (sugar content in milk and milk products) in the breast milk of females would increase, conditioning babies to prefer sweetness right from the weaning period. Newer generations would then become more and more receptive towards sugar, so much so that the brain would release dopamine every single time sugar was consumed. Dopamine is a neurotransmitter that controls the reward center of the brain, so basically, the brain is really happy when you consume sugar because you better your own chances at survival by doing so.

So Is Sugar Really Bad For Us?

The so-called “obesity epidemic” is quite a recent phenomenon, but sugar in itself is not the villain behind it.

For example, the Hadza tribe of Northern Tanzania value honey more than any other food substance. Their diet is extremely high in sugar, but they are seemingly some of the healthiest tribes in the world. They are lean, fit and have no instances of the typical diseases found in Western civilization. Why is that so?

The reason is that the Hadza eat unrefined honey. Any natural food item with a high concentration of sugar is usually also accompanied by fiber, vitamins and proteins. Unprocessed honey that the Hadza consume is nothing like the honeyed candies we find in our grocery stores. The type of sugar that is giving the modern world such trouble is artificially concentrated and refined. Moreover, our modern lifestyle is becoming increasingly sedentary, something that the Hadza tribe doesn’t have to worry about. 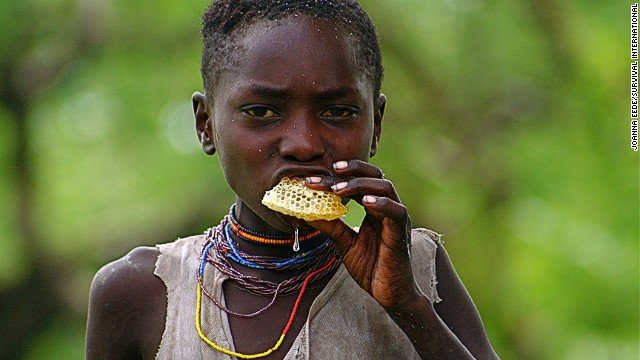 In short, sugar is not necessarily bad for humans. Naturally-sourced sugar substances are incredibly helpful for the human body. It is only because we started refining sugar and mass-producing it, while also isolating it from the other nutritional values, that we now have to face the obesity epidemic. Unfortunately, evolution is a slow and cumbersome process of biological trial-and-error. Maybe, one day in some far-off future, evolution will realize the newly discovered harmful consequences of ‘too much sugar’. At that point, perhaps we would naturally stop craving sugar. After all, too much of something is not always a good thing!