What is it about Taco Bell or Indian curry that, after devouring it in the evening and expelling searing lava the following morning, we still find ourselves having it remorselessly the same evening? What is it about spiciness that, despite the ordeal, it puts us through, we still find it irresistible? Believe it or not, it’s because spicy food makes you high!

Surprisingly, unlike the sweetness of sugar or the sourness of lime, spiciness is not a taste, but a sensation. Our taste buds are not equipped to detect spiciness, but they are well equipped to detect burning sensations. The compounds responsible for the burning sensation elicited by spicy food are called capsaicinoids, and the most well-known of them is capsaicin, the compound so abundant in devilish chilli peppers.

When our tongue is peppered with capsaicinoids, they interact with an essential protein called TRPV1, which is situated on the surface of nerve cells. TRPV1 is essential because it acts as the thermometer for our cells: it senses the surrounding temperature and informs the brain immediately. The brain then responds by taking a suitable action to adapt to the change in temperature.

Ordinarily, TRPV1 is activated when the temperature, and therefore the body’s heat, increases, such as when one is in the vicinity of a fire. The brain then responds by implementing a cooling mechanism, which includes releasing sweat. What spicy food does is activate the TRPV1 proteins, which tricks the brain into thinking that the body is experiencing immense heat, which is why we immediately sweat when food is “too spicy”. In fact, spices can be so sweltering, and I’m sure you’ve experienced this, that all floodgates have to be forced open. Sweat begins to spurt from every exit there exists, whether from the pores, the eyes or the nose. 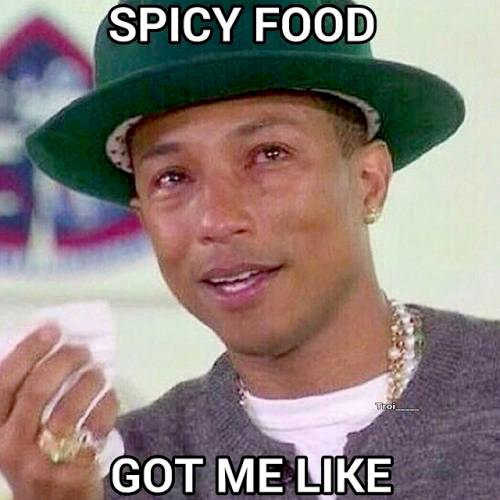 Chilli peppers deploy capsaicinoids as a defence mechanism. The burning sensation deters mammals and certain fungi from eating it. However, the compound is only responsive to mammalian tissue; birds, being non-mammals, are indifferent to it. The seeds simply pass through a bird’s tract unprocessed. This is extraordinarily brilliant and anthropocentrically very well “thought-out”, as the bird is able to excrete and, in the process, plant the seeds elsewhere, thereby becoming a pollination agent and sustaining the continuation of various pepper species! 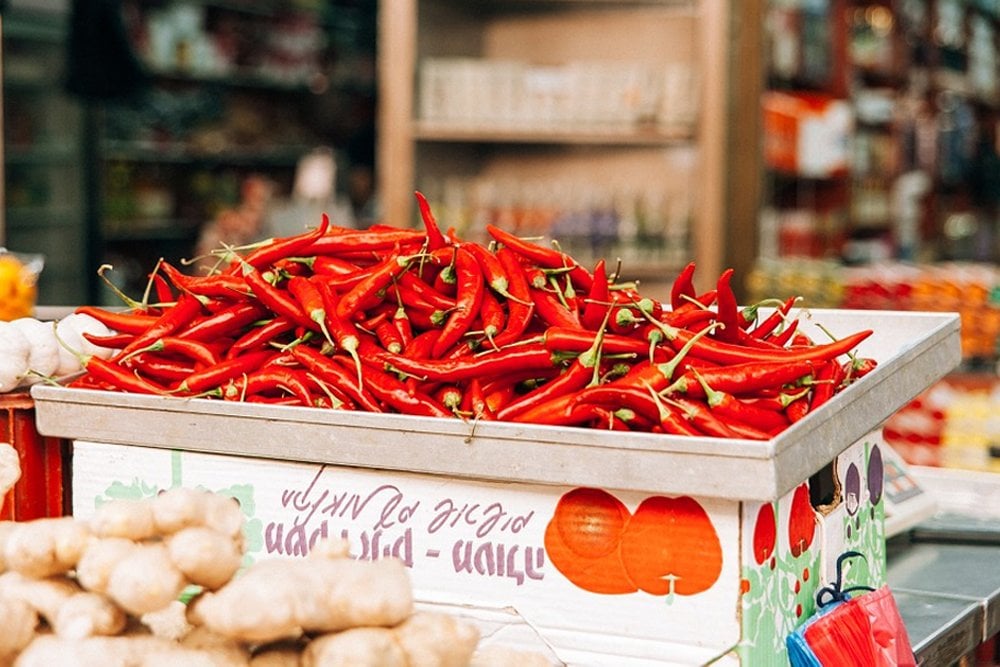 Ironically, capsaicinoids are derived from the compound vanillin – yes, the very same compound that gives vanilla its saccharine taste and smell! Also, it is quite difficult for capsaicin to dissolve in water, which is why water barely abates the burns. What does abate the fiery sensation is milk, as it has fats that dissolve capsaicin very effectively and therefore provide rapid relief. However, why in the world should the dreadful experience of biting into a pepper make us high or euphoric?

To call spicy food “addictive” is an exaggeration; it is not nearly as addictive as nicotine or caffeine. It is, unlike nicotine or caffeine, not viciously addictive in the sense that it entails a physical dependence. Abstinence from Indian curry will not make you terribly anxious and erratic, which is what abstinence from nicotine can do. However, the neurological effects that capsaicin imparts still cause some impulsive part of us to crave it and, more often than not, yield to the temptation! 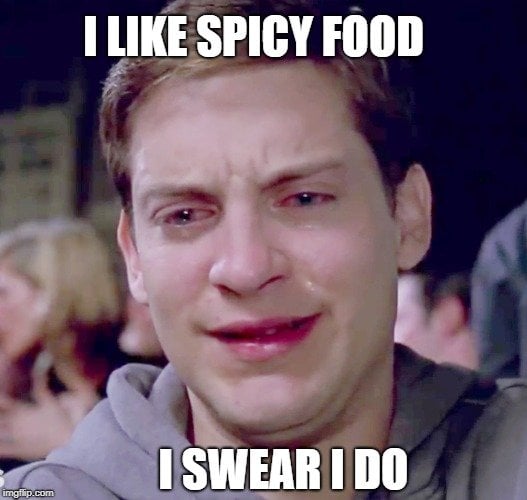 Remember that capsaicin tricks the brain into thinking that the body is being subjected to immense heat and therefore, immense pain. To relieve us of this pain, our brain secretes neurotransmitters called endorphins, which are commonly referred to as the body’s natural pain and stress relievers. Endorphins abate pain by inhibiting a nerve’s ability to transmit pain signals.

What’s more, simultaneously, the brain also secretes dopamine, the neurotransmitter that elicits feelings of reward and pleasure in us. It is this cocktail of neurotransmitters that renders us euphoric or provides us with what is commonly called the “runner’s high”. The spicier the food, the greater the pain, the more severe is the compulsion to abate this pain and therefore, the greater the sense of euphoria induced. 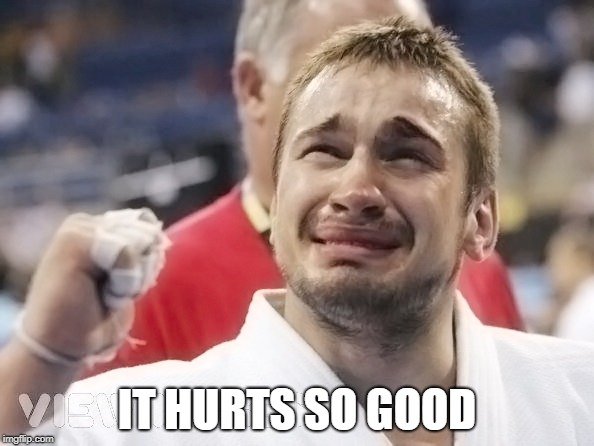 In fact, it is no coincidence that pain-relief balms burn so intensely before they work their magic. The balms contain, as you might have guessed, capsaicin! The TRPV1 protein at the end of the nerve cells is present on various locations of the body, which is why the burning sensation can be felt in numerous places. However, some places can prove to be overly sensitive and therefore prone to being damaged: after devouring your next curry, don’t forget to wash your hands before you reach for your eyes, perhaps to wipe off the tears.