No. While identical twins often have similar allergies, this is not a hard and fast rule, because many allergic sensitivities are caused by both genetic and environmental factors, and more importantly, identical twins are not completely identical.

The world is full of strange, beautiful and inexplicable things, and here at Science ABC, it’s our job to explain the real story behind certain phenomena. One of the strange (and often beautiful) things about human beings is the existence of identical twins, while allergies remain one of the more inexplicable for many people. When you smash those two concepts together, however, you get ever more interesting questions…

We all know that identical twins are identical, but are they the same in every way? What many parents of twins have asked over the years, in particular, is whether identical twins also share the same allergies. So… do they? 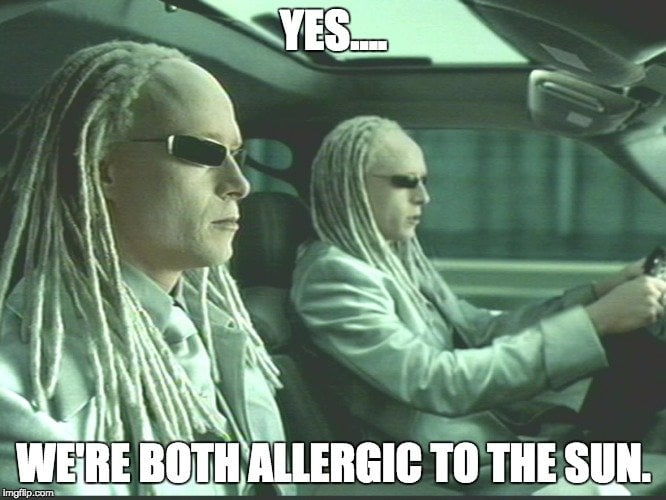 Short Answer: No. While identical twins often have similar allergies, this is not a hard and fast rule, because many allergic sensitivities are caused by both genetic and environmental factors, and more importantly, identical twins are not completely identical.

Are Identical Twins The Same In Every Way?

Before we can discuss the (possible) identical nature of allergies in identical twins, it is important to understand exactly what “identical” means. There are two major types of twins – fraternal and identical.

Also Read: What Is Twin Telepathy?

Identical twins, on the other hand, come from one sperm cell fertilizing one egg, and then developing in the same placenta. At some point in the development process, however, the zygote splits, and begins forming two individual people. The genetic base of identical twins is the same, which is why they are always the same gender, have the same blood type, and look almost exactly the same.

However, it is important to remember that our genes are not completely stable as we grow up. Genetic mutations happen all the time, which is why certain tiny characteristics of identical twins can often be different. Once the zygote splits, not only genetic mutation, but also environmental factors begin to affect the development and final characteristics of identical twins. This continues as both twins grow up, meaning that they are likely to be more genetically dissimilar as they get older.

How Does This Affect Allergies?

Twins provide a fascinating opportunity for researchers to study genetic development and mutation, as well as the effects of certain stressors of situations. For example, researchers have recently studied astronaut Scott Kelly, and his identical twin Mark (who stayed on Earth), after Scott returned from a 1-year stint on the ISS. The goal of this research was to determine any genetic changes that a year in space may have had on the body.

When it comes to the study of allergies, twins are also prime subjects. Numerous studies have been done on both fraternal and identical twins specifically focused on allergen similarities. Fraternal twins are far less likely to share the same allergies (e.g., same peanut allergy, 7%) than identical twins (e.g., same peanut allergy, 65%). Also, identical twins may be sensitive to the same allergens, but their symptoms manifest in different ways. For example, one may get a mild skin rash, while the other may suffer from respiratory distress. 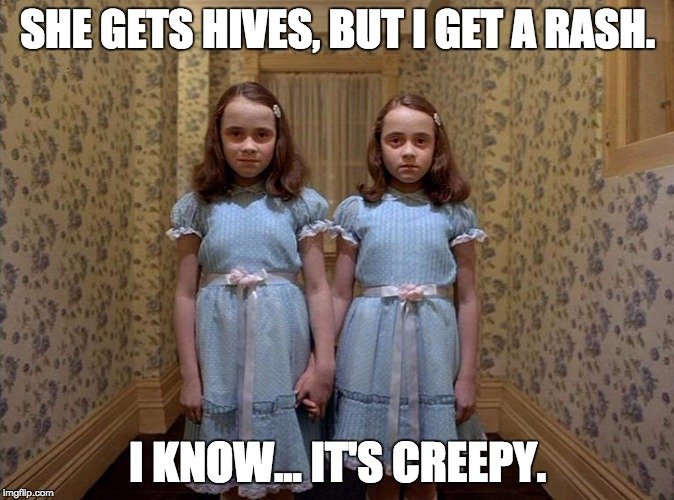 You must also consider that identical twins are not the exact same person with the same activities or experiences. Depending on their exposure to certain pollutants, irritants, toxins or pathogens, their immune system will develop and react in different ways, particularly in their earliest years. Infections, medications, and even mitochondrial DNA can be different in these twins, meaning that their development or rebuttal of allergies could be completely different.

While the likelihood of having the same allergies is much higher in identical twins (due to the nearly identical genetic code) than in fraternal twins or normal siblings, there is no guarantee that they will share all of the same sensitivities. Research is ongoing into the exact genetic and environmental determinants of allergies, but for now, there remains a significant amount of uncertainty. If you happen to be an identical twin that is lucky enough to avoid allergies, while your twin is always sneezing and breaking out, just consider yourself lucky!