Some experts believe that the major dietary shift in recent decades towards processed foods, factory-farmed produce and unhealthy sugars and fats have made our immune systems weak, and far more susceptible to developing allergies at a young age.

One of the most universal memories of school for the kids I grew up with, along with a few other generations that came before us, is the smell of peanut butter and jelly sandwiches in the lunchroom. There was a good stretch of time where I had a PB&J every day for months, if not years on end. For me, it will forever be synonymous with the innocence of childhood.

However, many schoolchildren today will grow up in a world where PB&J is strictly outlawed from brown bag lunches, as the mere whiff of peanuts in the air can send some people into anaphylactic shock! 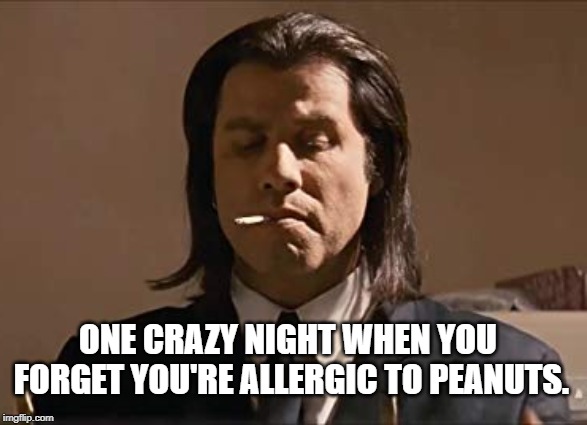 Yes, nut allergies seem to be the great scourge of health for millions of children, to the point where dietary choices for a whole demographic of the country has had to change as a result. A century ago, such “peanut” allergies were rarely, if ever, mentioned, so what has caused their explosion in recent years, and why are they any more common than other allergies?

What Is An Allergic Reaction?

Before we dig into the details of nut allergies, and try to explain why they are so common in today’s generation, we should first look at allergic reactions as a whole.

Generally, an allergic reaction is an overreaction by the immune system when it encounters something it doesn’t recognize, also known as an allergen. Detecting it as a foreign body, the antibodies of your immune system trigger the release of histamine by cells. This begins a further cascade of reactions, including dilation of blood vessels and other compounds, leading to an allergic reaction. Watering eyes in response to pollen or an upset stomach after eating eggs is not your body protecting you from danger, but merely overreacting to something harmless. 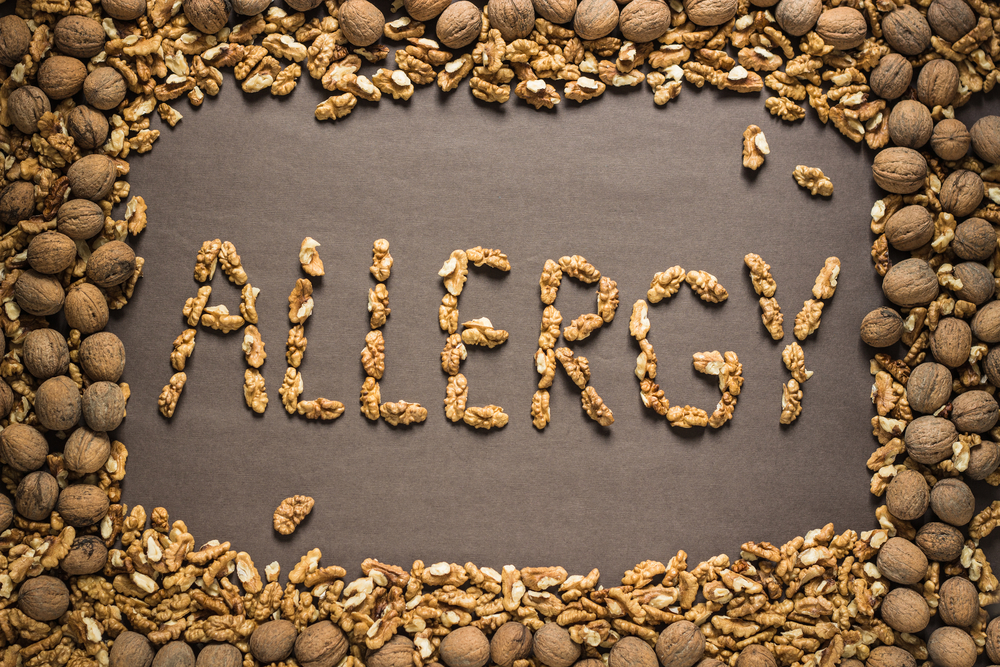 Peanut allergies are not only one of the most common, but also most severe reactions in those who suffer from it. (Photo Credit : Andriana Syvanych/Shutterstock)

In the case of a peanut or tree nut allergy, your body is unable to recognize one or more of the proteins in that food, which triggers the immune system and kicks it into action. Peanut allergies are not only one of the most common, but also most severe reactions in those who suffer from it. Minor reactions may include hives, itching or tingling, while more moderate reactions could include swelling of the throat, lips and face, and in the most severe cases, anaphylaxis. If adrenaline is not provided, usually in the form of an epinephrine pen, exposure to peanuts can be fatal.

This is why peanuts are banned on airplanes and kids can’t take peanut butter and jelly sandwiches to school anymore. According to new research, the frequency of peanut allergies in young children has increased by at least 20% since 2010 alone. Approximately 1 in 13 children have a food allergy of some kind, but it seems as though peanut allergies have been one of the most notable and severe to come on the scene in the past 25 years.

Why Are Peanut Allergies On The Rise?

There are a number of theories regarding why food allergies seem to be so common these days, as opposed to previous generations. First and foremost, people are eating more peanuts and it is included in more products, so we may be seeing a higher emergence of allergies on that basis alone, i.e., more people are exposed to it, so more reactions are occurring. 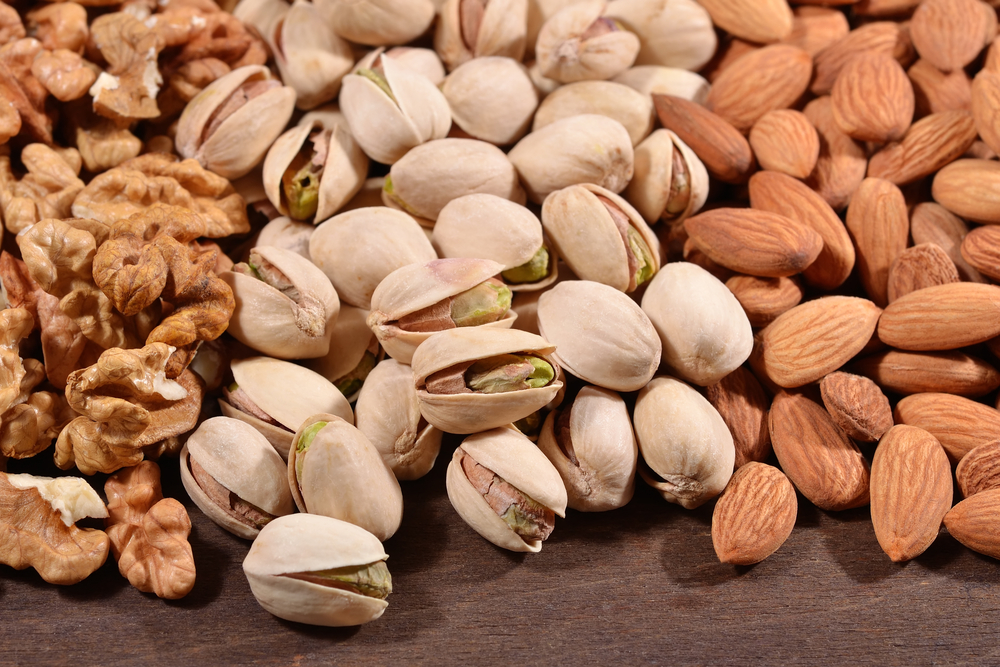 People are eating more peanuts these days and it is included in more products. (Photo Credit : sss615/Shutterstock)

It is also important to understand the difference between peanuts (which grow underground, and are actually a type of legume), and tree nuts (e.g., Brazil nuts, cashews, hickory nuts and macadamia nuts, which grow on trees). Both can be allergens, although peanut allergies are the more severe and common.

Peanut allergies aren’t the only food intolerances that are increasing; the rate of Celiac disease is also steadily climbing in Western countries that typically follow a certain type of diet. The high-carb, high-fat and low-fiber diet of fast-food America and other similar nations isn’t nearly as nourishing as a plant-based diet of organic foods that haven’t been treated with herbicides and pesticides.

Some experts believe that the major dietary shift in recent decades towards processed foods, factory-farmed produce and unhealthy sugars and fats have made our immune systems weak, and far more susceptible to developing allergies at a young age. Fiber is a great way to improve the healthy bacterial levels in our gut, which improve immune sensitivity, while sugars stimulate the growth of “bad” bacteria, leading to inflammation and a greater risk of immune system inaccuracy. Furthermore, the peanuts themselves, when roasted, can have their proteins denatured, making them more difficult for the body’s cells to recognize, potentially causing the immune response. 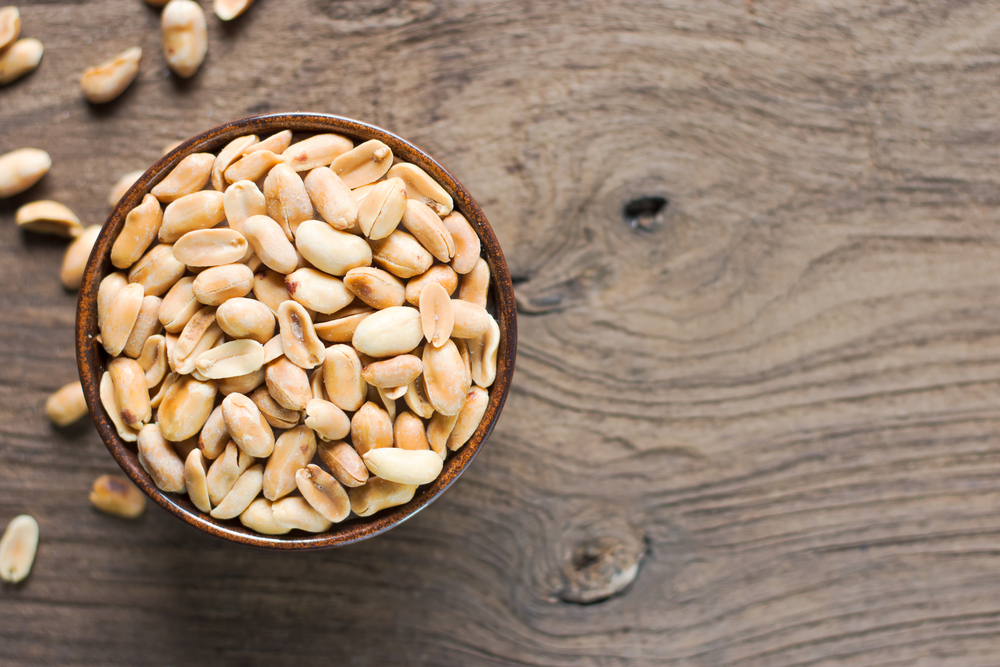 The other convincing argument for the rise of peanut allergies is that the pendulum of parental protection has finally swung towards doing more harm than good. More specifically, parents have become so preoccupied with protecting our children against germs of all kinds, and putting a premium on safety, that they have denied their children exposure to the world.

When we’re young, our bodies and immune systems are encountering things for the first time, all the time. When exposed to bacteria, pathogens, foreign substances and different foods early and in small doses, the immune system gains experience and strengthens, learning about those substances and forming a template for its future defensive response. Once it has fought off a particular substance in the body, it will be better prepared in the future.

However, in a world where children’s hands are constantly being disinfected, food is never eaten after it hits the ground, and bulldozer parents bend over backwards to constantly keep kids healthy, they may be doing more long-term harm than good. Not washing your hands and giving your immune system a few test runs with germs can better prepare a child to fend off more serious threats in the future, including potential allergens. 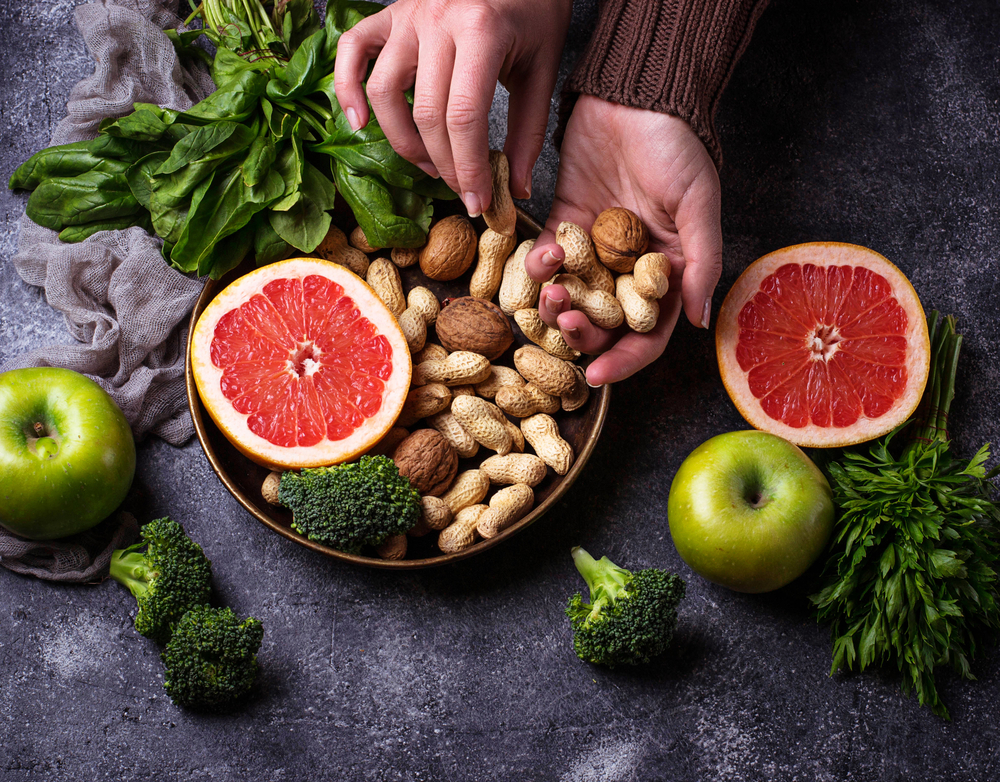 Parents have become so preoccupied with protecting their children against germs of all kinds that they may have denied their children exposure to the world. (Photo Credit : Yulia Furman/Shutterstock)

Exposure To Peanuts: Timing Is Everything

While there is a genetic aspect to allergies, some experts argue that an allergy can be “primed” if a subject is exposed to large amounts of that particular food before a certain age. For example, if the body has such a strong negative reaction, it may “learn” to always negatively react to that substance in the future.

Twenty years ago, shortly after the rapid rise of peanut allergies in the population, experts recommended waiting until after three years of age before exposing children to peanuts, and even recommending that women reduce their peanut or tree nut consumption during pregnancy to minimize the risk of the infant having the allergy. A little more than a decade later, more research had been done on the dietary patterns and peanut allergy frequency of children in other countries, where peanut exposure is made when kids are very young, even as young as four months. It was found that the likelihood of peanut allergies in those settings was very low. 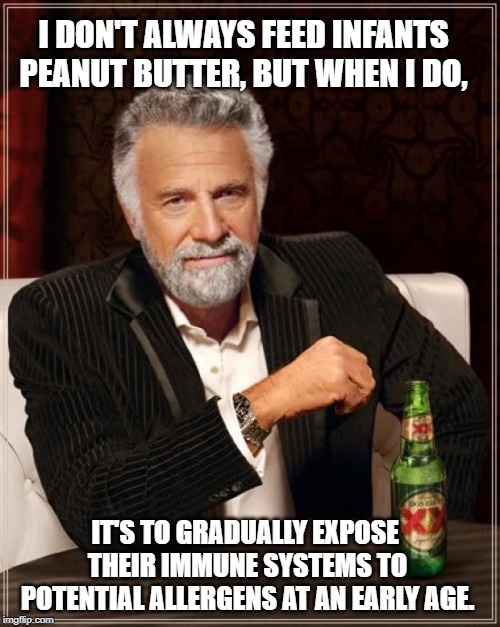 In short, there isn’t a definitive reason as to why peanut allergies are suddenly wreaking havoc across Westernized countries, denying an entire generation of PB&J joy. However, it is likely a combination of slightly weakened immune systems as a result of hygiene-obsessed behavior, a shift in our overall diet towards high-sugar and low-fiber diets, and a change in how we are exposing our children to different foods and other substances in the world.

Despite living in a generation of heightened hygiene and overprotective parents, we should trust our bodies to navigate this strange world of bacteria, pathogens, toxins, allergens and other compounds. As the research currently stands, giving our immune system a vast background of experience can help to better prepare us for whatever life throws at us—even if it’s a handful of peanuts.