You may have seen food turn black when it gets overheated, or when it’s left on the stove longer than it should have been. Have you ever wondered what brings that black hue to burnt food?

Here's Why You Should NEVER Mix Bleach and Ammonia

Presence of carbon in almost all organic matter

Not just food, but most organic matter, is made of carbon, along with a few other elements, including oxygen, hydrogen, nitrogen, phosphorus etc. Thus, when you burn food, it usually turns black, as the carbon present inside it undergoes combustion and leads to the formation of carbon dioxide gas and burnt carbon, which is black in color.

This is how the combustion of food, and most other organic matter, occurs.

This is the simplified explanation, and it’s what you can expect to read in most places regarding the black color of burnt food or most other things that turn black when burnt. However, that’s not the whole picture.

First off, when we’re talking about burning food, we want to ascertain what ‘burning’ really means here – does it mean burning at very high temperatures for a long time, or just a little accidental overheating that occurs on the stove while cooking.

If it’s the former, then almost everything present in the food (that you burn) will degrade, disintegrate and evaporate, leaving behind burnt carbon (which is black), along with a few trace metals. This is why you will notice that if you really burn food for a long time, its overall quantity decreases significantly, and becomes notably less than the quantity you had when you first started. 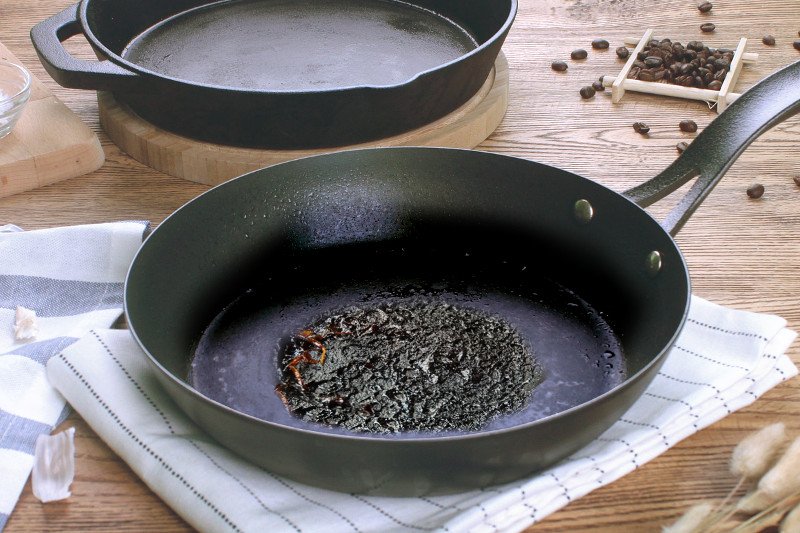 Burning of food at high temperatures causes most ingredients to disintegrate and evaporate, leaving behind a black residue. (Photo Credit : Pixabay)

On the other hand, if it’s just an accidental burning of food on the stove in the kitchen, the food doesn’t get heated enough to disintegrate and evaporate completely. Instead, it either goes through caramelization (if the food only contains carbohydrates) or the Maillard reaction (if the food contains amino acids). The latter causes it to turn brown due to the formation of several new compounds, which are golden-brown or even black in color. You can read more about caramelization and the Maillard browning reaction in this article Why Does Sugar Turn Brown When Melted? 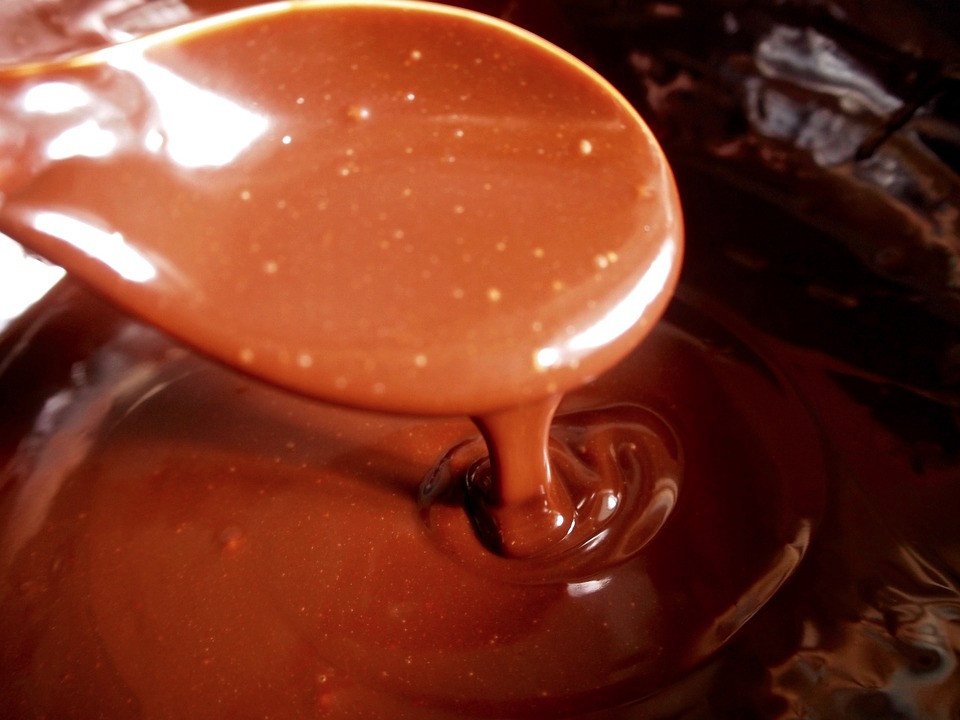 The nutty taste and brown color are the result of caramelization. (Photo Credit : Vemeo)

Not all forms of carbon are black

Burning most organic objects leads to the formation of black-colored charcoal, so it’s easy to assume that all carbon is essentially black. However, this is not true; not all forms of carbons are black. The best and most classic example is diamond: it’s made of nothing but carbon, yet it’s just the opposite of being black – it’s transparent and shiny!

There are some other forms of carbons too, including graphite, graphene and buckyballs; these are known as allotropes of carbon. 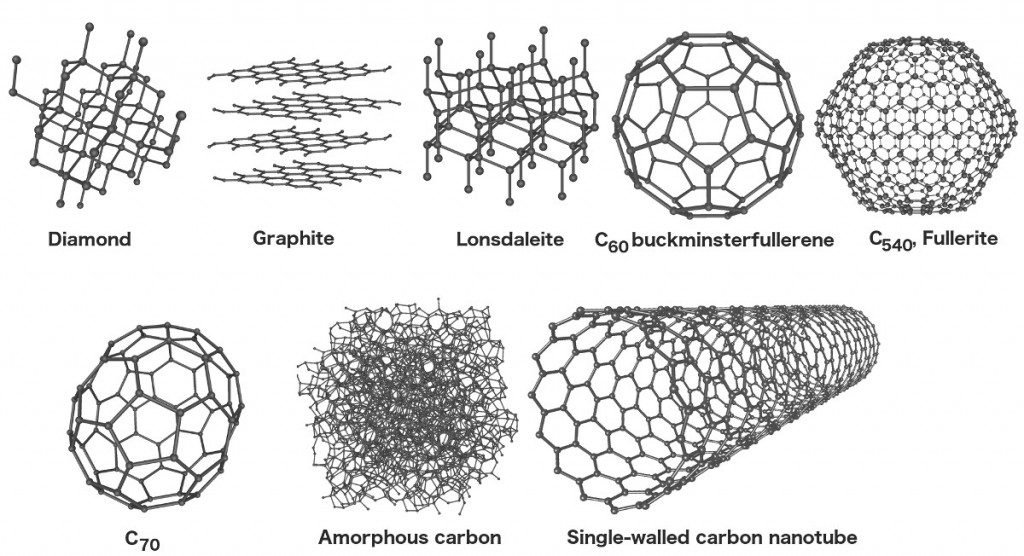 Everything gets its color based on how light rays interact with it. When light rays hit an object, they may be reflected, refracted, scattered or absorbed. Which color (of light) is absorbed by an object is totally dependent on the latter’s atomic structure.

Diamond is shiny because its carbon atoms form a regular, well-ordered lattice, which is why diamond absorbs very few frequencies of light. Consequently, diamond does not absorb/scatter light in the visible spectrum; hence, it appears transparent and shiny. (Note: diamond brilliance is also related to total internal reflection, which is another optical phenomenon).

On the other hand, if you consider materials such as graphite, which do not have as well-ordered a structure as diamond, and have free delocalized electrons, it absorbs/scatters a broader range of frequencies, including colored light. This causes graphite to have a characteristic blackish hue, since it doesn’t reflect almost any color back to your eyes. 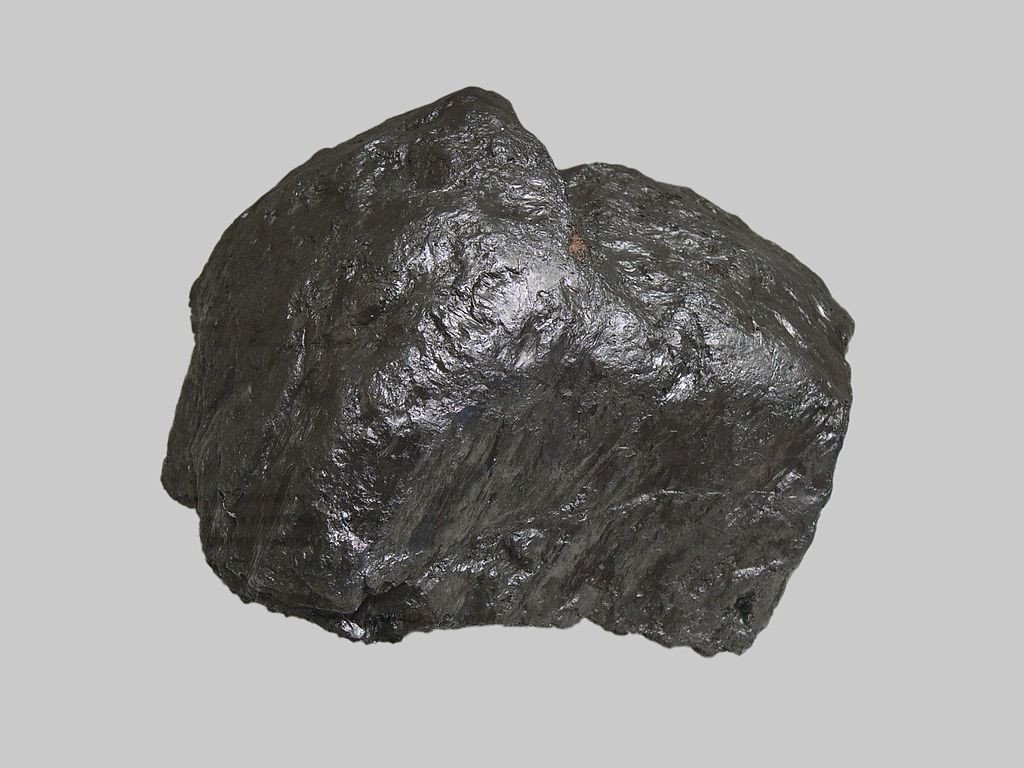 It’s now clear that burned food contains carbon. However, a noteworthy thing is that burned food is mostly amorphous carbon, graphite and other miscellaneous random carbon nanostructures. These structures absorb/scatter all visible light falling on them, thereby imparting a blackish color to burnt food, or any other completely burnt organic material, for that matter.

So, it’s not just the stuff that’s left behind that gives burnt things their black color, but also how the constituent atoms inside that stuff are organized, as that plays a major role in determining the color of burnt organic materials. 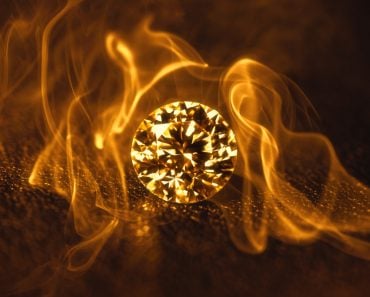