Organic compounds often appear white, which makes them indistinguishable from each other. This is due to the electronic transitions within the molecule.

One day, you realize that you’ve taken the wrong medicine because every tablet seems to be white. You blame the doctor for not giving you more distinguishable medicine. This is why so many medicines are now colored; to make them visually obvious and distinguishable. Medicines constitute mainly organic compounds, and like most organic compounds, they are colorless/white.

What Are Organic Compounds?

These atoms help to characterize the organic compounds into various groups based on their unique properties. 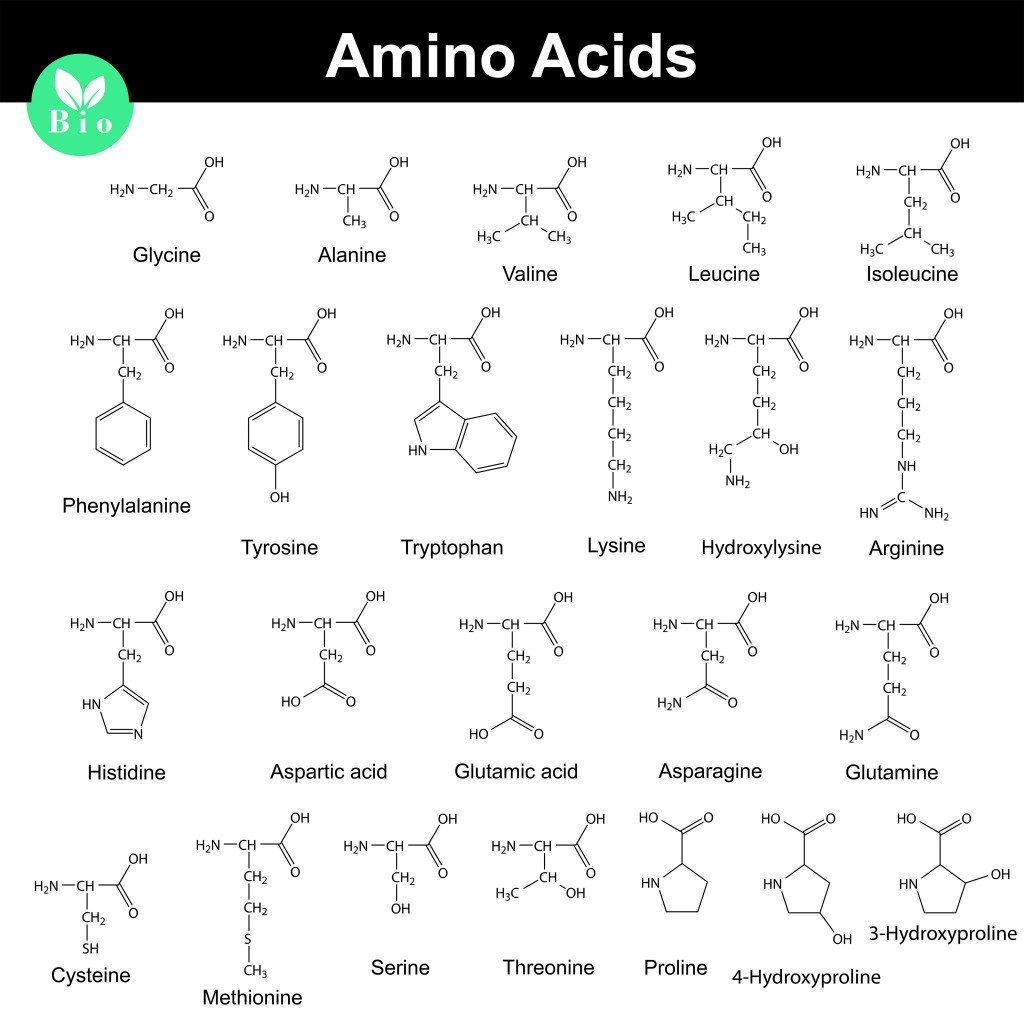 In the past, organic chemistry was thought to be the ‘chemistry of life,’ as living things comprised an abundant number of organic compounds, hence earning the term ‘organic’. The protagonist of the epic study called ‘organic chemistry’ is Carbon, owing to its tetravalency and key property of catenation.

There are more than 60 million organic compounds known today, and even more that are waiting to be discovered or invented.

When we talk of color, we simply need to remember “what is seen actually isn’t there.”

You can clearly see the blue color of the sky and the red color of your t-shirt.  You might think that something is wrong with your eyes, but that’s not the case.

However, it is the opposite, the color you see is actually not the color that the substance contains, but is instead its complementary color. This might sound counterintuitive, but it’s true.

The colors that we see around us are all within the visible part of the electromagnetic spectrum. White light itself is a spectrum of many colors and every color/shade has a corresponding wavelength.

When light falls on any substance, some of it is absorbed and the rest is reflected. The reflected light reaches our eye, which is the color that we see. 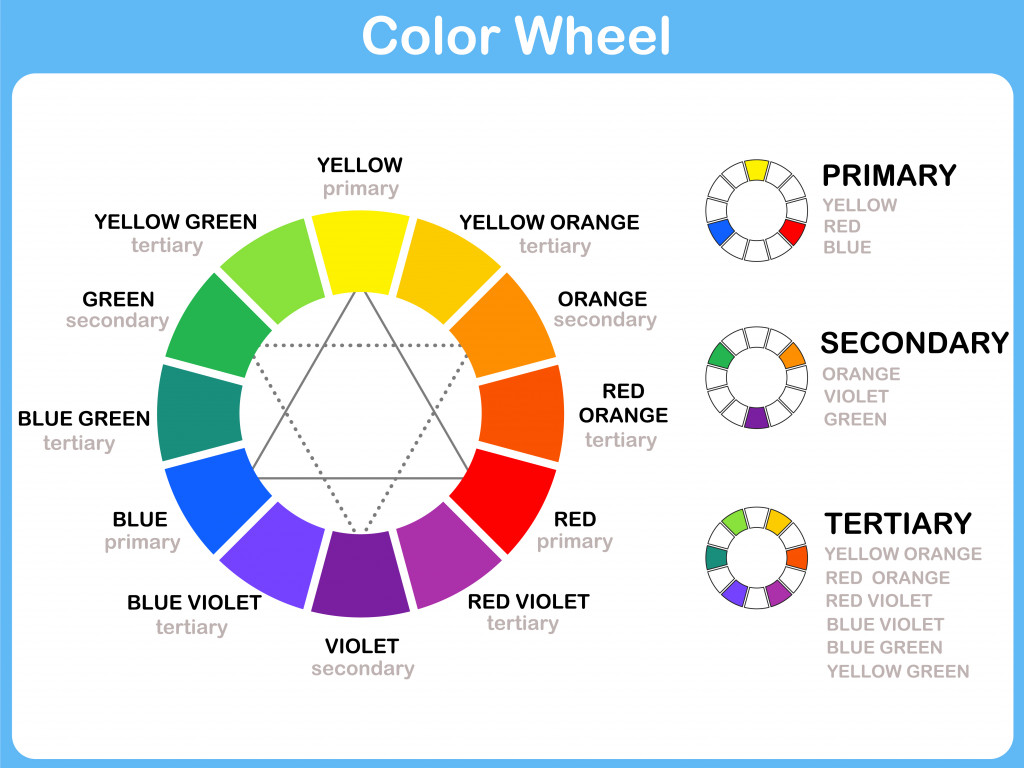 A color wheel that many of us must have seen in art classes can demonstrate this; the color we see, versus its complementary color that is absorbed.

So, when you see a yellow flower, the color that it has actually absorbed is violet.

Spectroscopy is an important technique for chemists to understand the structure of organic molecules and their properties. In this technique, the desired molecules are irradiated with electromagnetic radiation (the wavelength depends on the type of spectroscopy used), which causes various excitation levels (electronic and atomic) concerning vibration, rotation, energy, etc. The effect of this on the compound is studied and its properties are elucidated. 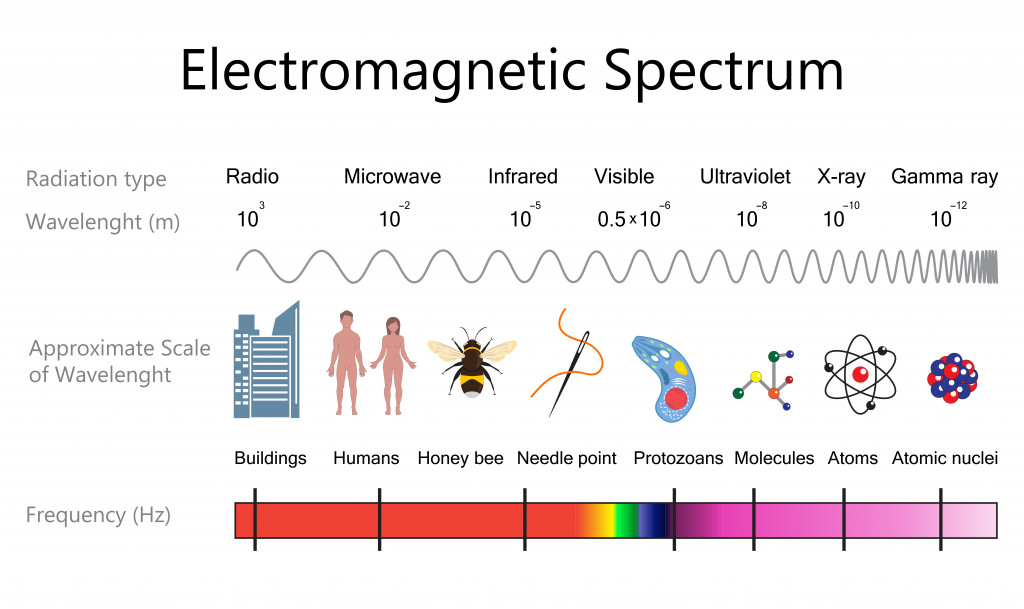 UV- Visible spectroscopy is used to study the color properties of a given compound. The wavelength used is between 200 nm – 800 nm. The region below 200 nm is called the far-ultraviolet region and is often less studied, as it requires vacuum conditions. The compound is subjected to a series of wavelengths and the wavelength at which it shows maximum absorptions is taken to be λmax. If it lies in the visible region, then its complementary wavelength is seen.

In UV spectroscopy, electronic transitions are of the utmost importance. The bonded electrons get energy from the incident wavelength, and if it’s enough, they get promoted to higher energy levels. As shown in the picture, depending on the type of bonds involved, electrons get excited to several layers. 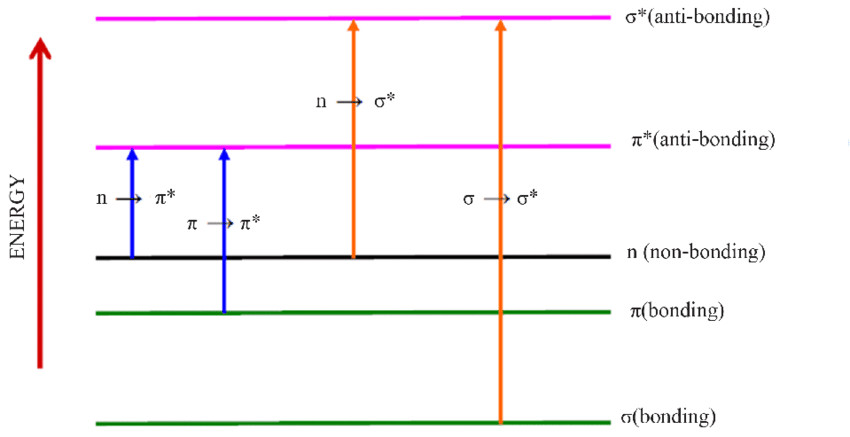 As can be seen, σ → σ* transitions require the highest energy, followed by the n → σ* transition, and so on. All the organic compounds primarily have sigma C-C and C-H bonds, and transitions to the anti-bonding sigma orbital require wavelengths in the far-ultraviolet region; thus, they don’t show any color and reflect all the visible spectrum wavelengths and appear white.

What About Colored Organic Compounds?

Chromophore – A chromophore is simply a functional group or group of atoms that imparts color to organic compounds, as their absorbing wavelength lies in the visible region of the electromagnetic spectrum. This means that their electronic transitions require much less energy.

Auxochrome – Auxochrome by itself doesn’t bring any change in the color of the molecule, but instead enhances the absorption capacity of the molecule towards a longer wavelength (visible region). Example: -OH, -OR, -NH 2 , -NR 2 , -SH, etc. Benzene ( -C=C- conjugation being the chromophore) has a λ max at 255 nm, while aniline ( -NH2 being the auxochrome) has a λ max at 280 nm.

Organic compounds have an abundant amount of C-C and C-H bonds; electrons in these bonds are sigma bonded and require more energy to get promoted to higher energy levels. This kind of energy is only available with the wavelength in the ultraviolet region of the spectrum, which is not in the visible region. Hence, all the incident wavelengths reflect, so the substances appear white/colorless.

Rushabh has a Bachelor’s degree in Chemistry from Jai Hind College, Mumbai. He is currently pursuing his Master’s Degree from IIT Hyderabad. He is a curious fellow who will find something worth scratching his head in every domain humans think, from philosophy to business ideas, from scientists to fictional endings of movies and from history to psychology. He is a staunch believer of science education and science communication. He is a sports enthusiast and tries to make his life choices environmentally friendly.