Some fighter planes have an afterburner that mixes fuel in the exhaust gases. This gives them extra thrust, which is useful for supersonic flight.

A country’s air forces are not only well functioning organizations, but also well marketed. For starters, there is no shortage of movies with nail-biting sequences involving very powerful aircraft. Then there are air shows and expos sponsored by governing bodies. Such events seek to educate people and reinforce their faith in the armed forces. One visual that has intrigued me endlessly is the fire-breathing tail of some fighter planes. Why do the tails of some fighter aircraft glow orange? 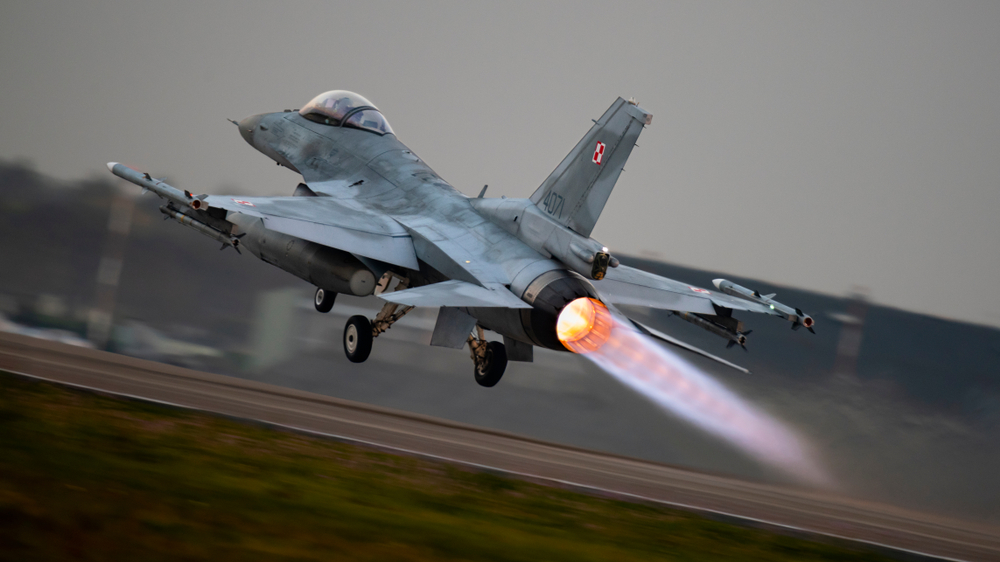 Why do the tails of some fighter planes breathe fire?

The orange glow seen at the tail end of some fighter planes is due to the afterburner. Afterburners are devices that burn extra fuel in the exhaust of an aircraft’s jet engine. This generates the additional thrust required for an aircraft to reach supersonic speeds.

Why do we need afterburners?

Aircraft are propelled by the thrust generated by jet engines. For aircraft to rapidly change altitudes, or achieve supersonic speeds, this thrusting power alone can be insufficient. Theoretically, a larger-than-normal engine can overcome this issue. Practically, a bigger engine means more weight, less streamlining due to a larger fan area, and greater fuel consumption.

Additional thrust from the existing engine.

In order to do this, engines are equipped with afterburners to provide this extra thrust, without significantly increasing the engine’s profile. 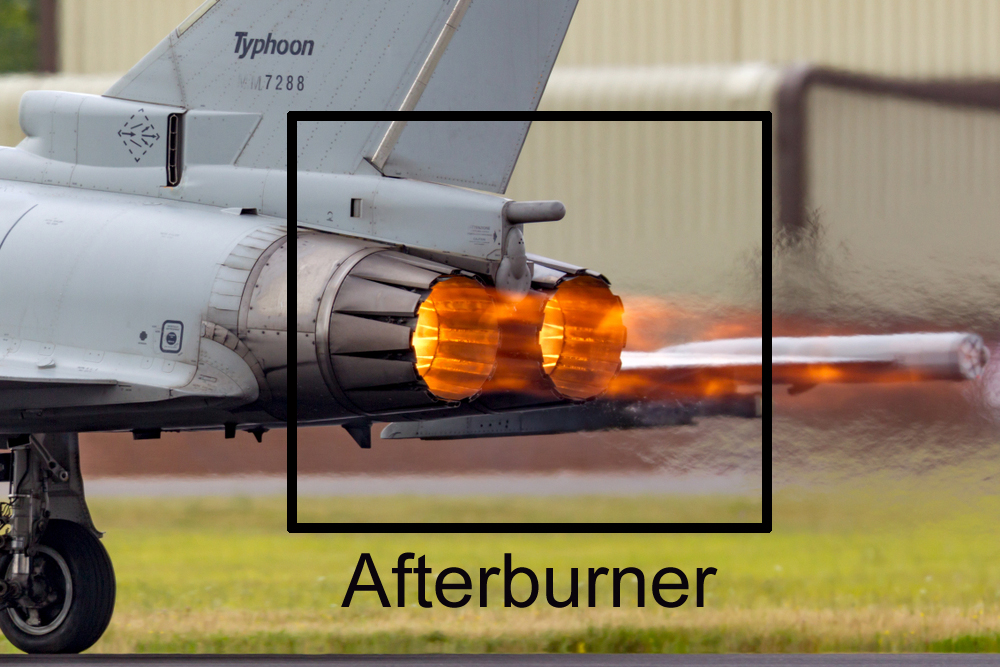 The afterburner is the visibly extended portion of a fighter aircraft’s engine. (Photo Credit : Ryan Fletcher/Shutterstock

Aircraft predominantly rely on jet engines to generate thrust. An aircraft engine is comprised of four stages. At the outset, a fan ingests air into the engine. The air is accelerated and split into two parts. One portion of this accelerated air bypasses the core of the engine through a duct. It is responsible for keeping the engine cool and reducing its noise during operation.

The other portion of air enters the engine’s core, where a compressor squeezes this air by as much as 40 times, making it extremely energy dense. It is then pushed into the combustion chamber, where it is mixed with fuel and ignited (source). 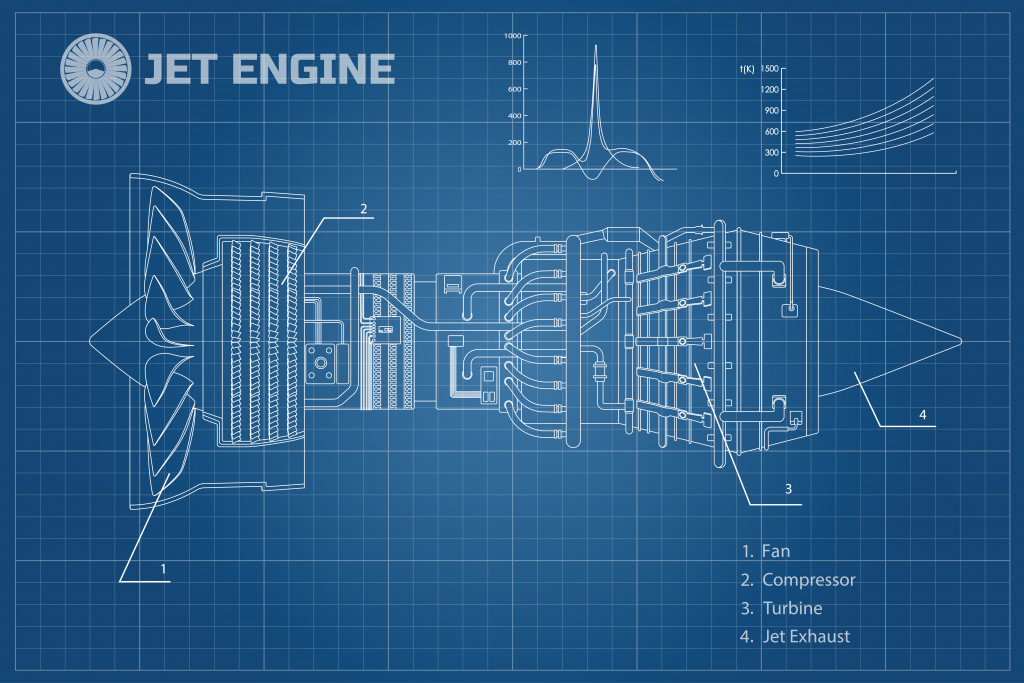 The result of ignition is a very hot, high-energy airflow that pushes against the engine’s componentry. It pushes out of the combustion chamber, moving a turbine on its way out. This turbine is connected to the fan and the compressor, and the turbine’s movement sustains the engine’s activity. As the exhaust comes out of the turbine, it gets mixed with the bypassed airflow, and enters the exhaust nozzle.

It generates thrust to propel the aircraft forward. Engines are available in various configurations, such as turbojets, turboprop, turbofan and turboshaft engines. Aircraft designed for supersonic flights are equipped with ramjet and scramjet engines, which are completely devoid of moving parts, such as compressors, fans and turbines. 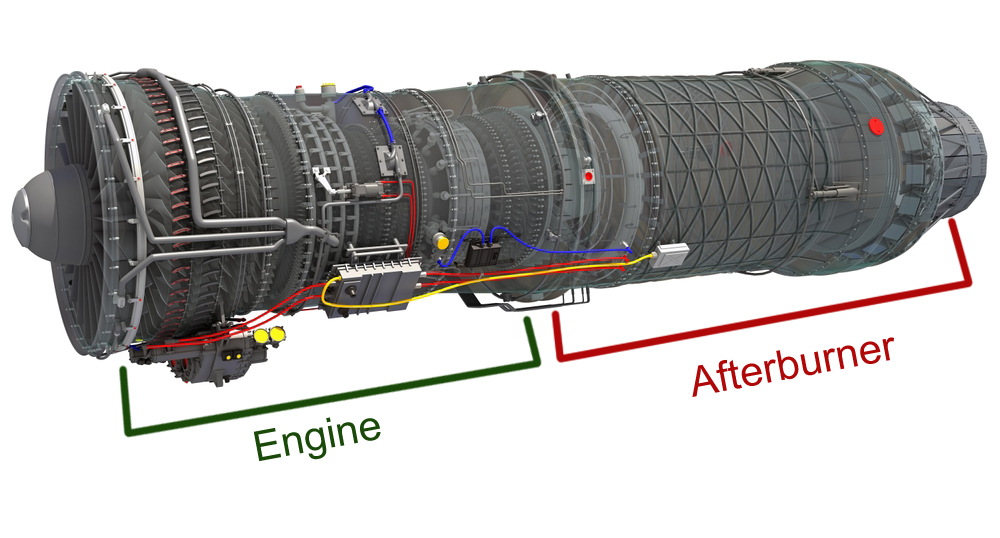 The afterburner is fitted after the exhaust nozzle of the engine and consists of a dedicated combustion chamber and a variable opening nozzle. (Photo Credit : 3D-Horse/Shutterstock)

An afterburner, as the name suggests, is fitted at the end of the exhaust nozzle of an aircraft engine. It is an extended section, fitted with spray nozzles, and a bypass cowl to further bifurcate the exhaust flow entering it. While some part of the exhaust flow is burnt in its combustion chamber, the remaining flow is channelized to cool it while exiting the afterburner.

How does an afterburner work?

Jet engines are generally programmed to run lean, i.e., more air is present in the combustible air-fuel mixture than required. This means a greater availability of unused oxygen in the exhaust gas that comes out of the engine’s nozzle. This hot exhaust gas enters the afterburner, where some part of it is sprayed with fuel and ignited. 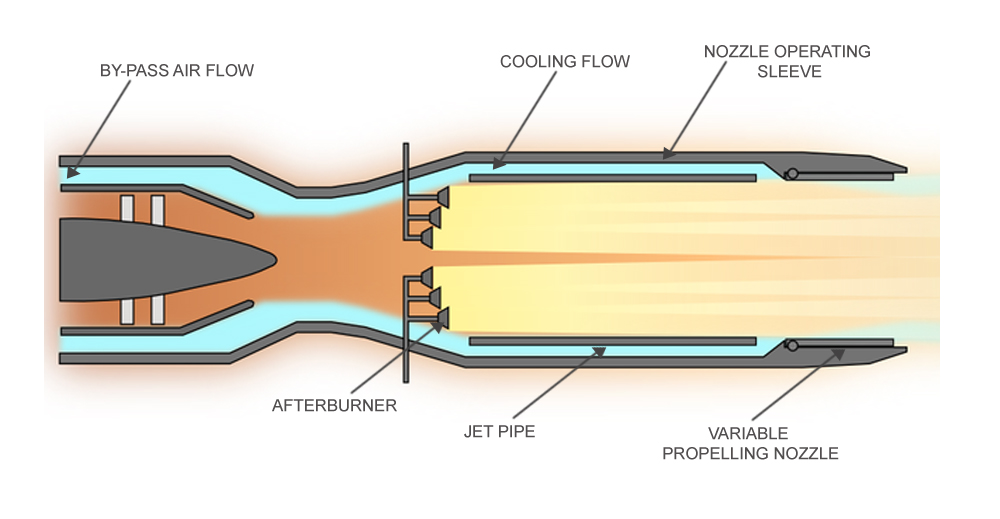 Working of an afterburner 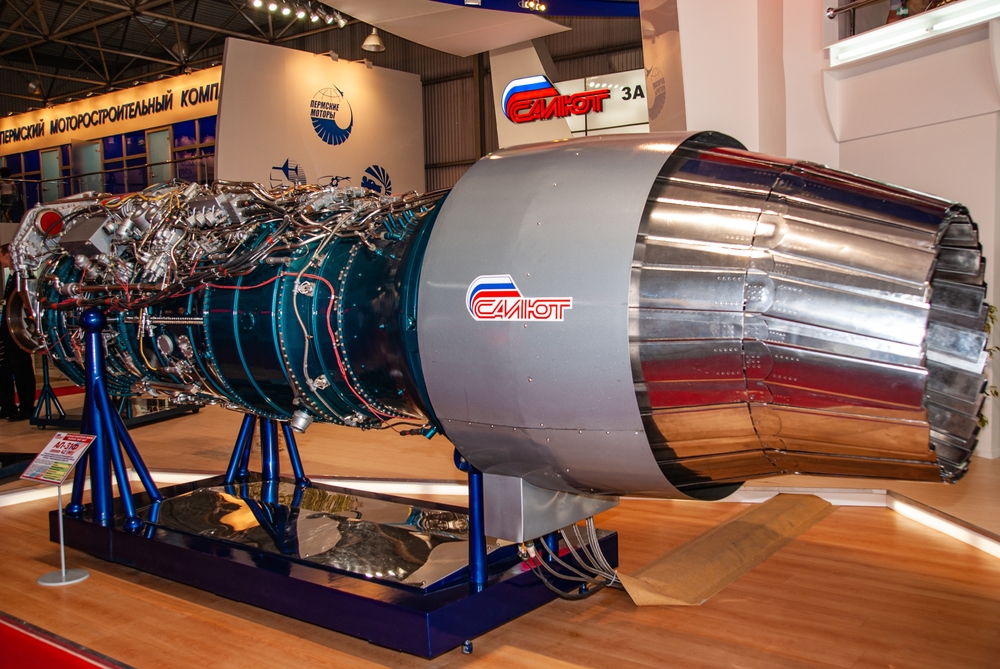 Afterburners are fitted with a variable opening nozzle that can widen or constrict, to accommodate the additional volume of exhaust gases. This prevents gases from being forced back upstream into the main engine, where they can interfere with its normal functioning.

Limitations of an afterburner

While afterburners are a fantastic way to achieve much higher speeds than originally conceived, they have a few design limitations.

For starters, temperatures in the combustion chamber of an afterburner can reach as high as 1700° C. This greatly restricts the kind of materials that can be used in its construction, while also reducing its life. 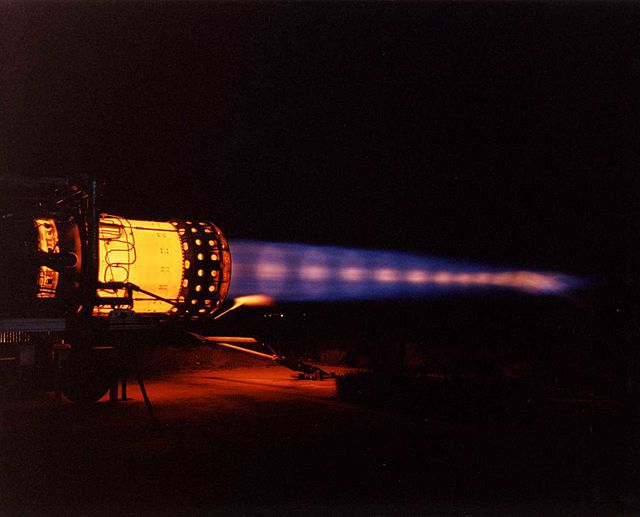 Another undesirable trait of afterburners is the blowtorch-like flame of hot exhaust gases emanating from the variable nozzle. The strong heat signature reduces the aircraft’s stealth quotient, making it vulnerable to enemies.

Afterburners are also notorious for increased fuel consumption. Due to this, pilots restrict the use of afterburners to specific situations, such as entering the supersonic range, gaining combat advantage or rapidly ascending.

Use of an afterburner

For all their limitations, a dependency on afterburners can hardly be discredited. In flight operations from aircraft carriers, pilots will extract every ounce of thrust they can to get airborne in the shortest possible length of runway.

Afterburners play a critical role in such maritime operations. In scenarios where speed is of the essence, having extra thrust available on demand is very helpful. Typically seen in combat situations, afterburners can help pilots evade enemy aircraft, or even achieve supersonic flight. In popular culture, afterburners have been accurately depicted in the Top Gun movie franchise. 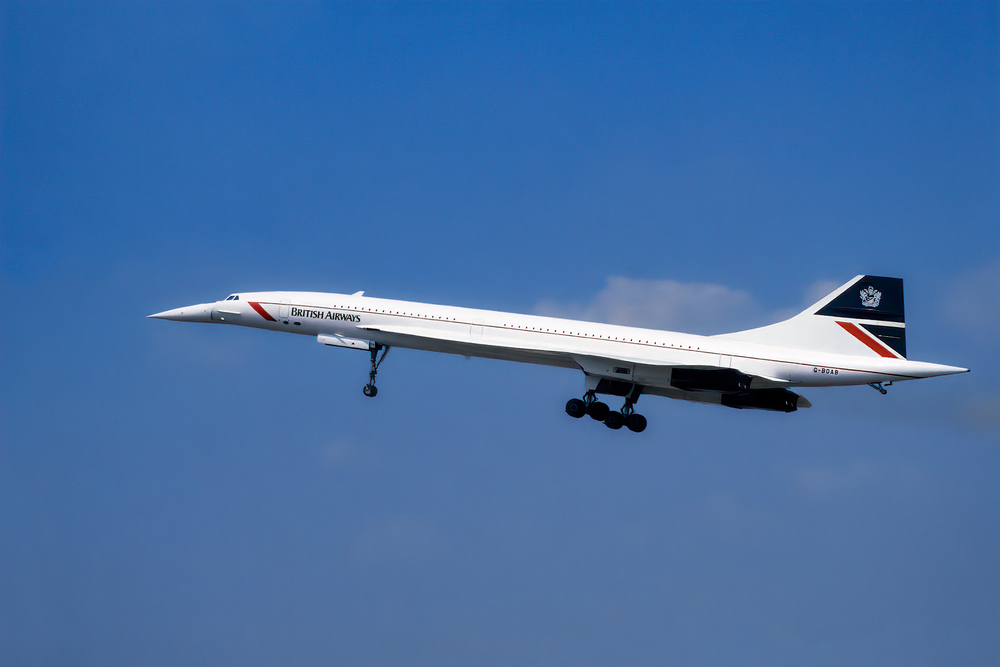 The legendary Concorde is one of the few commercial aircraft fitted with afterburners (Photo Credit : John Selway/Shutterstock)

Commercially, afterburners have been seen on only a handful of aircraft, the supersonic Concorde being the most famous amongst them. Since planes carry a limited amount of fuel, afterburners are employed only to cross the sound barrier. After this point, the aircraft settles into ‘supercruise’, where they can sustain flight at high speeds without the use of afterburners.

The first afterburning jet engines were tested by Americans in the early 1940s. Even though modern engines are capable of achieving supersonic flights without them, afterburners have stuck around as critical equipment for times of duress.

With competing technologies like electronic propulsion still in their infancy, it could still be a while before afterburners are phased out! 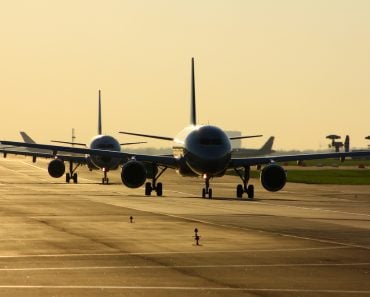