When most people look at cars, they are interested in the color, the shape of the body and the power of the engine under the hood. However, for more detail-oriented people, different elements of an automobile may be intriguing, such as the shape of the headlights, the number of cupholders, or perhaps the peculiar markings on the car’s windows. While this differs widely between auto manufacturers, most car windows have a number of strange mysteries, including the lines or stripes on the rear window, the small black dots near the window edges, or the mysterious lines that appear when you look at a car window through polarized glasses!

While these small details may have flown under your radar of notice, each plays an interesting role in protecting the integrity of the car and the safety of its passengers, so they deserve a bit of attention for once!

Lines On The Rear Window

When you look back through your rear view mirror on winter mornings in some parts of the world, you probably aren’t surprised to find snow or ice back there, piled up and blocking your view. While you can dutifully get out of your car and brush off the snow or ice, your car also has a wonderful defrosting system in place to keep you safe. Those small black lines you see on the rear window of cars are there to heat up the window and ensure that it’s clear. Again, the details of this system differ between makes and models, but generally, those thing black lines are embedded in the glass as an integrated defrosting system. A small current is passed through those embedded wires or lines, and as the current is conducted, it heats up the glass slightly—just enough to melt any snow or ice blocking your view, or eliminating any fog/condensation that bas built up. 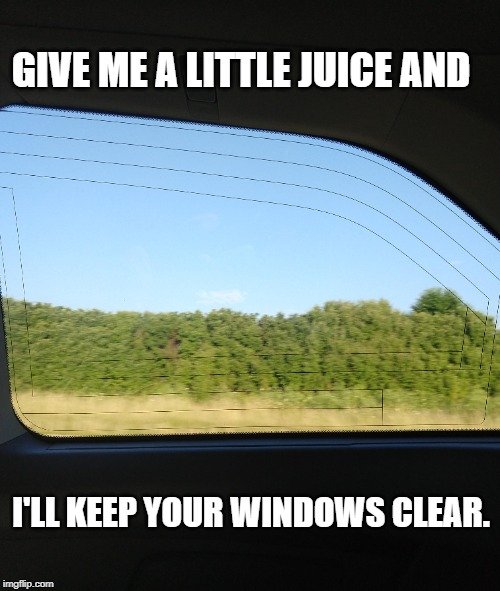 Your front windshield is similarly susceptible to snow, ice and fogging up, but the air vents on the dashboard are able to blow hot air directly at the windshield to increase its temperature and clear your view. Back windows aren’t usually positioned near air vents, so a different technology was required.

Black Dots On The Windows

If you have ever stared aimlessly out the side window during a long drive, you will have surely noticed the unusual pattern of small black dots emanating from the bottom edge of the window, or from every edge in those windows that aren’t designed to open. This pattern is actually an aesthetic choice by car manufacturers to cover the appearance of the adhesive used to secure the windows in place. At the point where the window is held in place, a strong adhesive is applied, but consumers don’t want to see bled-over areas of glue, so the black dots were added. They are typically arranged in a “half-tone pattern”, where the dots shrink and grow farther apart as the pattern extends up the glass. The eye is guided gently through the transition from the black strip around the window to the transparent part of the glass, helping to make the pattern almost invisible, unless you’re looking for it. These black dots, called “frits”, are essentially cooked right into the glass, making them nearly impossible to remove.

Also Read: Why Do Some Cars Have No Windshields? 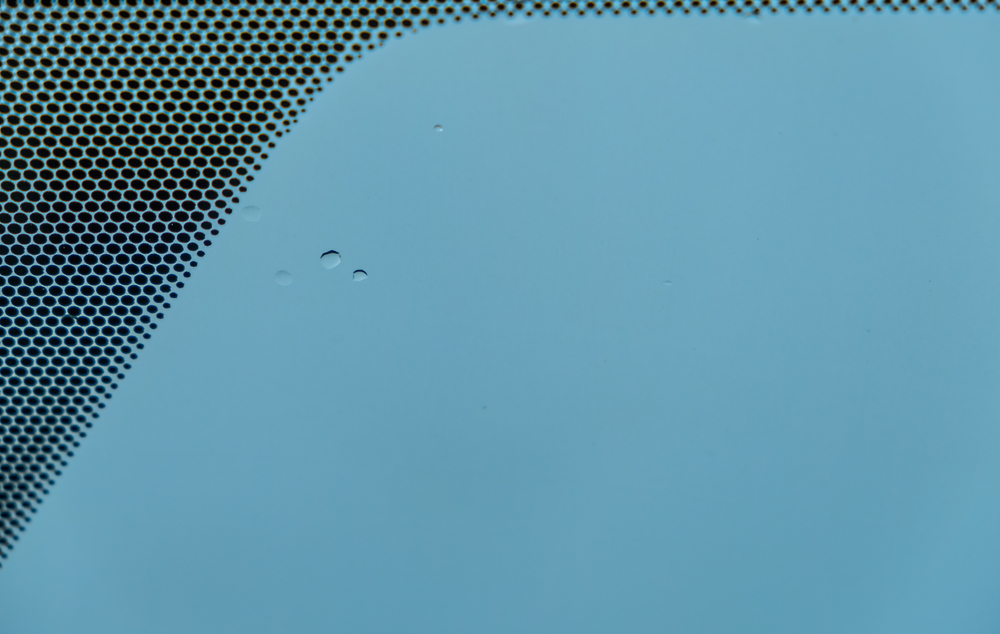 Those dots also serve a second purpose. When the windows are bent into their final form, they are heated to make the glass more pliable. The black dots paint tend to heat up faster than the glass, which helps to better distribute the heat and prevent the windows from breaking during this delicate heating stage.

Depending on the sunglasses you choose to wear, you may have seen something rather strange on a number of car windows, particularly the side and back windows. If you are wearing polarized glasses, it is possible to see lines, waves or patterns emerge on the windows, but without the glasses, they are impossible to see. No, you’re not going crazy, but your sunglasses are allowing you to see reflected light slightly differently.

When car windows are made, they are tempered, meaning that they are built with imperfections and imbued with a serious amount of pressure; as a result, when the widows break, they shatter into thousands of small pieces, rather than huge shards that can inflict severe bodily harm on the occupants. After the glass is heated, it is blown by cool air jets to rapidly lower the temperature, which creates surface stress in the glass. When that surface is broken, the rest of the window shatters more easily.

The pattern that you can see whilst wearing polarized glasses is formed by the movement of the cold air jets, and the patterns of stress that are put into the glass. These processes leave the glass partially polarized in certain areas, so the light the is reflected and taken in by your eyes will show that polarized pattern. This stress-induced polarization is called birefringence, wherein there are different structural formations within a uniform material that interact differently with light.

Also Read: How Do Sunglasses Protect Your Eyes?

You won’t see this type of polarization on your front windshield, as this glass is laminated, rather than tempered. Car manufacturers don’t want the front windshield to shatter into a thousand pieces, as it is the primary obstruction between objects inside and outside of the car. Instead, the windshield usually comes off in one huge sheet, thanks to the powerful lamination process keeping it together.

All of these small details on a car may not seem to add up to much, but they are integral to the safety and comfort of the passengers, as well as the structural integrity of the vehicle itself. Next time you sit down for a long drive, pay attention to those tiny details and be grateful that someone in the car manufacturing industry thinks about the small stuff!