We are eagerly awaiting the 2023 release of Christopher Nolan’s “Oppenheimer”—a film exploring the Manhattan Project. For a while there, the burning question on our minds is… would Nolan use a real atomic bomb for filming, just as he blew up a Boeing 747 for Tenet?

In the thick of World War 2, in 1942, a research project was created. The team was led by physicist Robert Oppenheimer and General Leslie R. Groves, and had the assistance of several of the best scientists in the field at the time. Initially headquartered in Manhattan, New York, in the United States, the project eventually came to be known by the name the Manhattan Project.

Two variations of designs for atomic bombs were developed through the Manhattan Project.

The nicknames given to the two weapons of mass destruction that devastated Hiroshima and Nagasaki seem ridiculous when thinking about what they were capable of doing.

Both Little Boy and Fat Man were nuclear bombs that worked through the principle of nuclear fission. A free neutron would hit one atom of the fissionable material in the bomb. The atom would then split into two, and release its components, more neutrons, and energy. Those neutrons would go on to hit more atoms and cause more fission, and so on and on.

This rapid chain reaction releases so much energy that it ultimately causes the massive explosion.

What set the bombs apart was their design, mode of detonation, and the elements used. Here is a brief comparison:

The first nuclear bomb to ever be used in war, nicknamed “Little Boy,” was deployed over Hiroshima, Japan, on August 6, 1945.  It was carried by a Boeing B-29 airplane named “Enola Gay” piloted by Col. Paul Tibbets and copilot Capt. Robert Lewis.

At 8:15 AM, it was deployed and detonated, and changed the direction of not only World War 2, but every war to ever be fought in the future.

Little Boy was a gun-type bomb that used Uranium-235. Uranium-235 is an unstable and radioactive isotope of Uranium.

The design of the bomb is said to be a gun-type design, as it works similarly to an actual gun or a cannon. The Uranium in the bomb was kept divided into two. One was the projectile, and one was the target. The target was Uranium shaped into a cylindrical shape. The projectile would fit perfectly into this space when fired.

When the bomb was dropped, the gun mechanism was triggered in mid-air. Explosives were set off inside the bomb, which rapidly shot the first piece of Uranium into the target piece. When they met, the force and their combined mass would trigger a chain reaction. The atoms of Uranium-235 underwent fission, and the resulting energy release was the infamous explosion. 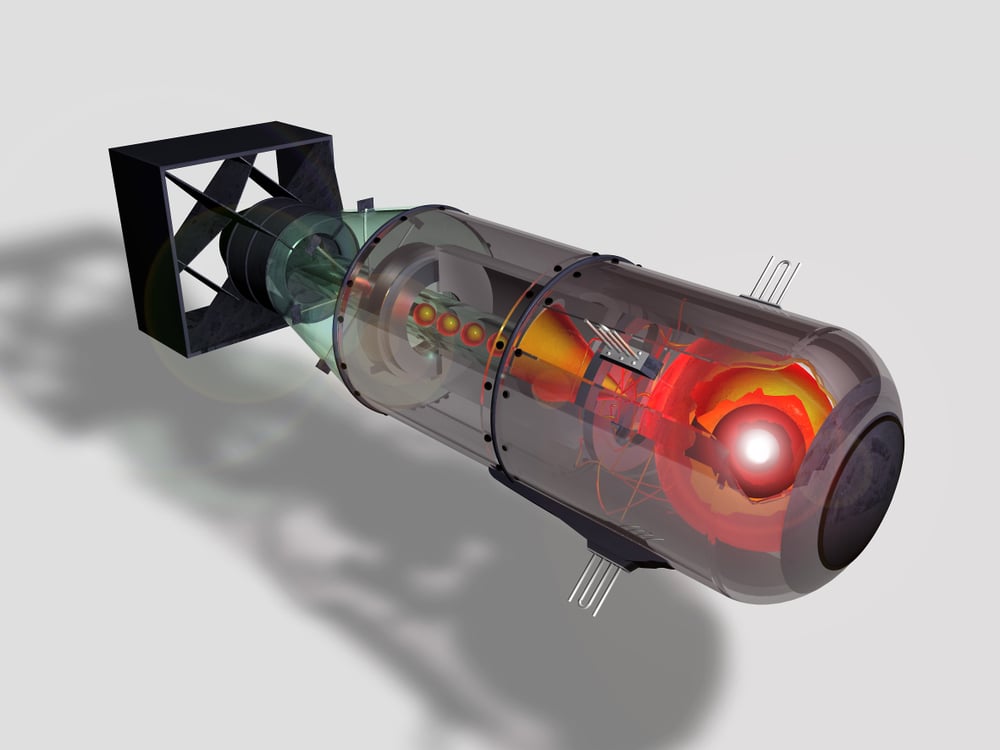 The carrier airplane dropped the 9,700-pound bomb from a height of 31,000 feet. Little Boy exploded above the city at the height of around 1,500 feet. The force of the explosion was comparable to the force of 15,000 tons of TNT.

It obliterated 5 square miles of Hiroshima. The death toll, at the end of that fateful year, stood at around 140,000 lives. The bomb would continue to affect the lives of several more generations through the after-effects of radiation.

The video below shows the nuclear bomb nicknamed “Fat Man” being prepared, loaded onto the plane, and finally detonated.

Fat Man, true to its name, was 10 feet long and weighed 10,800 pounds. Its radioactive element of choice was Plutonium-239. Initially, the bomb was meant to have a “Thin Man” type design—a gun-type design like that of Little Boy.

Its final implosion-type design was more complex than that of the Little Boy.

The bomb had a core of plutonium. Despite its total size, the core comprised only about 14 pounds of it. The sphere was surrounded by explosive charges. When it was at a sufficient height, these explosives were triggered. The explosions are directed internally, kept confined by the casing around the bomb. This causes a rapid compression of the plutonium. The core then reaches critical density, causing the chain reaction that would lead to the ultimate “boom.” 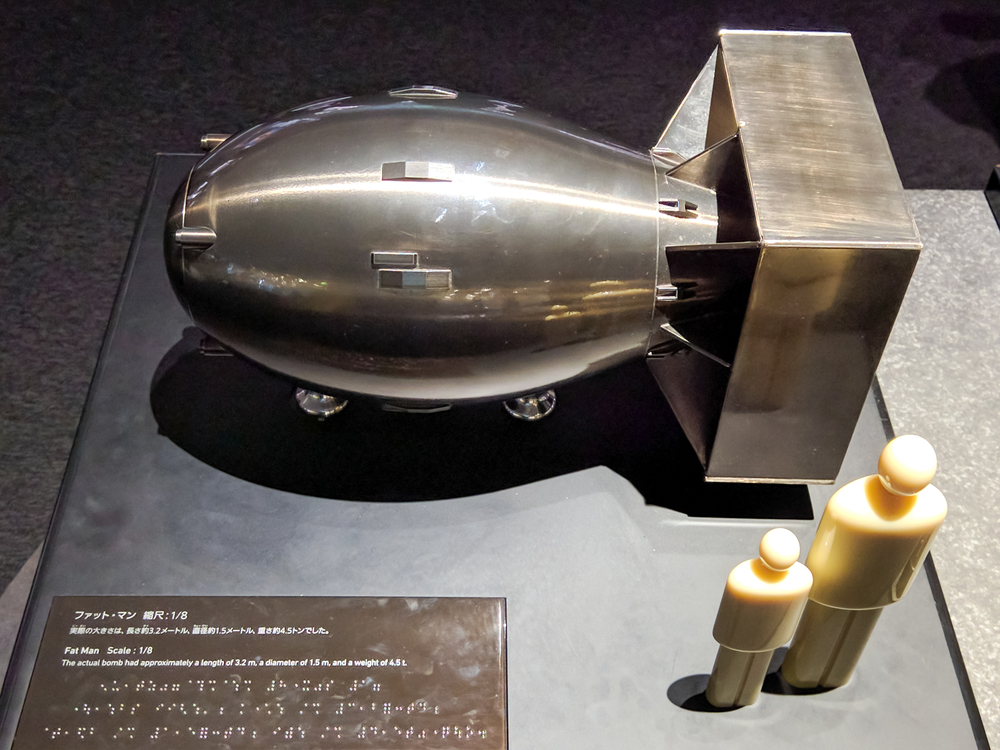 Model of the Fat Man on display at the Hiroshima Peace Memorial Museum. (Photo Credit : lexosn/Shutterstock)

There were hitches throughout the execution. Nagasaki was the secondary target—the first, Kokura Arsenal, was abandoned due to adverse weather and military reports. The weather also lessened the impact of the bomb. Fat Man only managed to destroy 3 square miles of the city, even though it was more powerful than its predecessor. The death toll at Nagasaki at the end of the year stood at 140,000—around the same as Hiroshima.

The First Bomb – The Gadget

Neither Fat Man nor Little Boy was the first ever atomic bomb detonation in history. The first nuclear bomb explosion happened on July 16, 1945, a little less than a month before Little Boy. The event was called the Trinity nuclear test. A bomb simply nicknamed “the Gadget,” was detonated in the deserts of New Mexico in the United States. 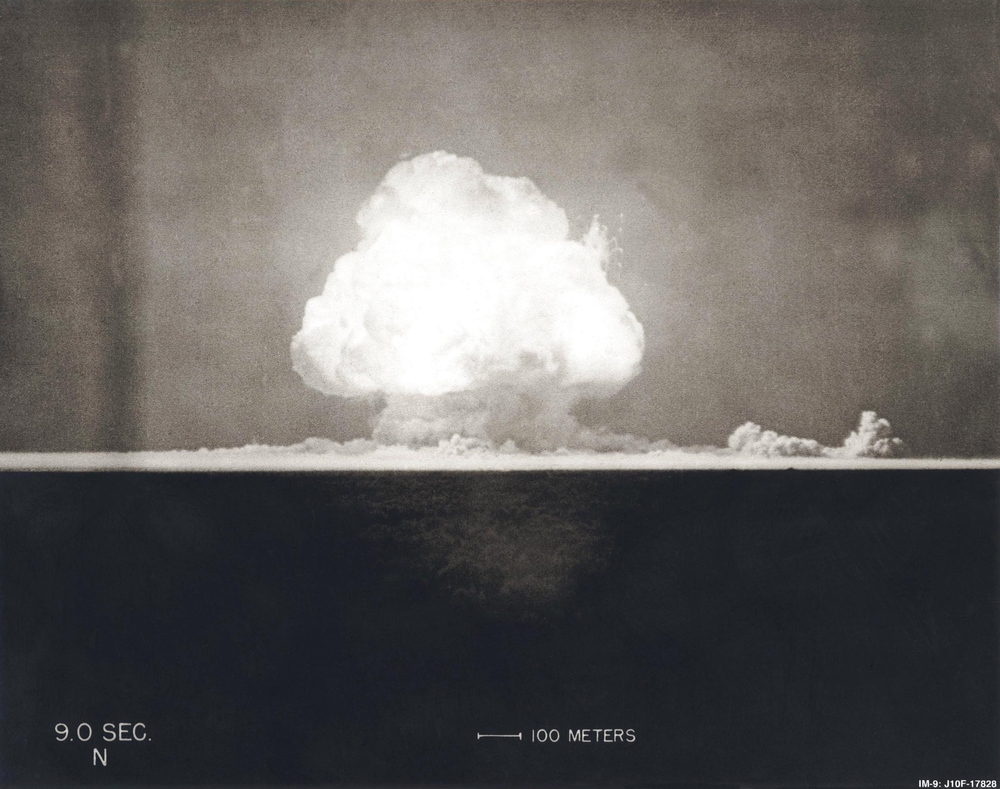 The explosion of the Gadget. (Photo Credit : Everett Collection/Shutterstock)

This bomb was the same type as Fat Man and was made of Plutonium. Those in charge weren’t fully confident of the implosion-type design of Fat Man, so it was decided that it needed a test run first. Hence, the Gadget was born.

The Only Nuclear Bombings In History

The bombings of Hiroshima and Nagasaki remain the only two times a nuclear bomb was ever deployed in war.

Both bomb designs were far behind what we are capable of these days. There exists a considerable amount of nuclear weapons in the world amassed by several countries. These weapons have exponentially greater explosive power than those of Little Boy and Fat Man. For instance, it is said that the W88 warheads possessed by the US currently have around 40 times the yield of Little Boy. 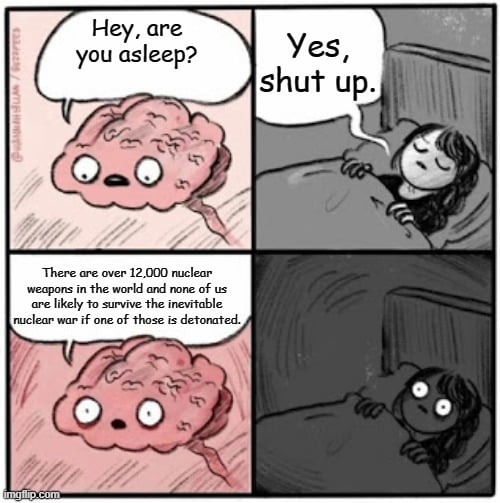 The launch of any one would be catastrophic for the entire world. It would do us good to remember the story of Little Boy and Fat Man and ensure that for as long as possible, they remain the only offensive nuclear bombings in our planet’s history.