No, salt water taffy is not made of salt water. As legend goes, salt water taffy got its name from an unfortunate flooding incident that ended up becoming a successful marketing ploy. And while salt water is used in some recipes for this type of taffy, that isn’t where the name originated.

No, salt water taffy is not made of salt water. As legend goes, salt water taffy got its name from an unfortunate flooding incident that ended up becoming a successful marketing ploy. And while salt water is used in some recipes for this type of taffy, that isn’t where the name originated.

If you’ve ever strolled along the boardwalk in Atlantic City, or basically any other coastal town in the world, you’ve probably given in to your sweet tooth and bought a few delicious pieces of salt water taffy for your walk. They come in countless flavors and – while they may be hard to get out of your teeth – this tasty treat is beloved from sea to shining sea.

However, what puzzles almost everyone is the name of this peculiar candy, specifically the “salt water” part. When you pop one of these taffies into your mouth, they don’t taste particularly salty, nor are they watery. So where does the name come from? And is there really salt water in the production process? 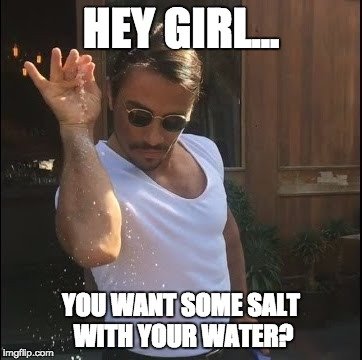 What is Salt Water Taffy?

Salt water taffy is a type of soft candy that has been popular for more than a century around the world. The process of making salt water taffy is quite interesting, actually, and is often a production process that is visible to customers in stores where salt water taffy is made. For those who don’t know, taffy is made by combining sugar, cornstarch, corn syrup, salt, butter, water, food coloring and various flavoring elements. The consistency of this candy is quite soft, yet when most people think of taffy, it is a hard candy. 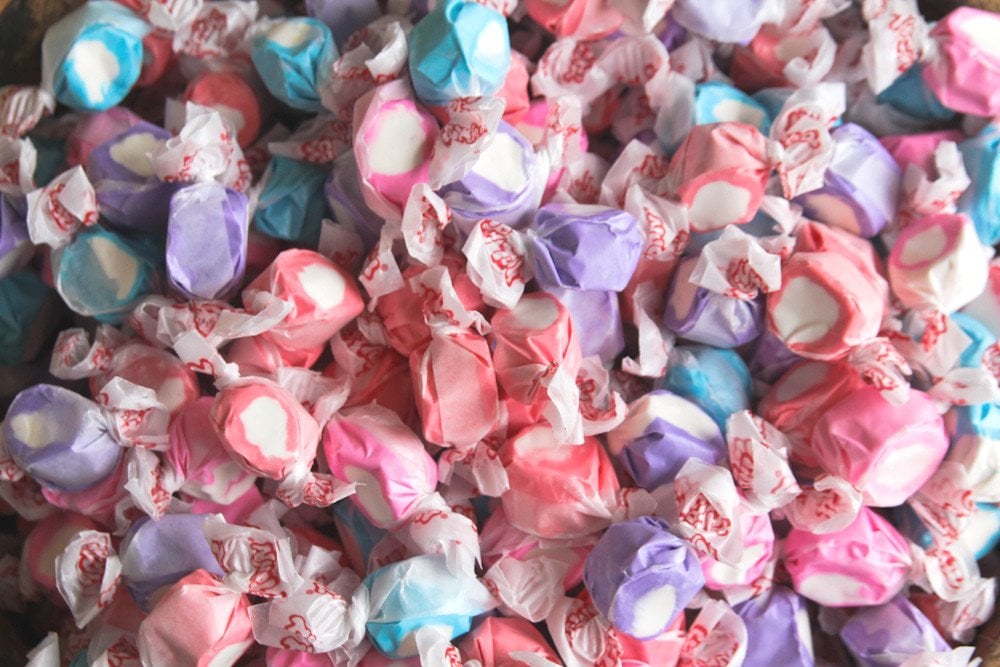 Salt water taffy is unique because of how it is made. Originally blended in copper kettles over the fire, the taffy would then be laid out on marble slabs to cool. To prevent the taffy from getting too hard, however, the taffy pull was invented, a machine that would help to stretch and fold the soft taffy in large bands, trapping air between the layers, which would help the candy retain its consistency. Once it was sufficiently aerated, it would be laid back on the slab and cut into small sections, wrapped in wax paper, and voila! A delicious piece of salt water taffy for passers-by on the boardwalk. 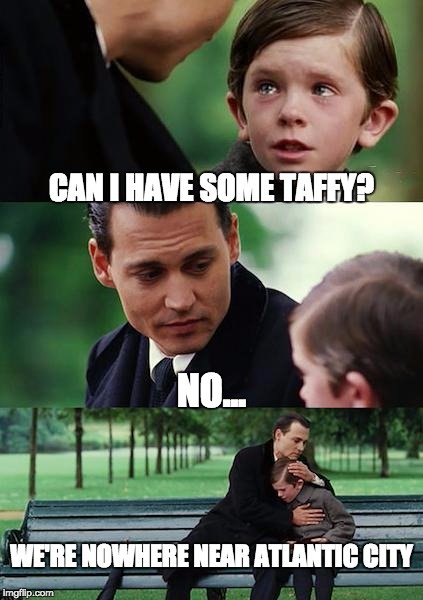 While some people are quick to point out that the recipe of salt water taffy does indeed include both salt and water, that doesn’t refer to salt water that you could get from the ocean. No, the name salt water taffy has a far more interesting origin story.

The Story of Salt Water Taffy

By the late 1800s, taffy was already being created in various forms, but it wasn’t catching on as a major product in coastal towns. As the story goes, however, David Bradley was a candy store owner in Atlantic City in the 1880s, which meant that his little boardwalk store was at risk of flooding by the nearby ocean. On one such occasion, in 1883, Bradley’s shop did flood, ruining much of his merchandise.

According to the story, a young girl came into the shop while Bradley was perusing the damage and figuring out what to do next. She asked for a piece of candy, and since most of his products had been waterlogged by water from the ocean, he jokingly told her that all he had to sell was salt water taffy. Perhaps not getting the joke, the girl tried a piece and then bought some. Bradley’s mother was also present in the store and heard the exchange, and then praised her son for the clever and catchy name.

He began marketing the taffy as salt water taffy, despite not using salt water as a primary ingredient, and the candy became a huge hit. Within the next few decades, salt water taffy became a mainstay in more than 400 coastal towns in the United States and abroad, and is now a cherished part of Americana.

There are other accounts of how the name originated, including the fact that the use of salt water actually made the taffy better, which was discovered after a similar flood to the one in Bradley’s story.

Whether Bradley’s story is true or not, salt water taffy’s other two kingpins were Josephh Fralinger and Enoch James, two innovators in the industry who began to box and sell the taffy as a souvenir in Atlantic City, and also developed the automated taffy pulling machine, many of which you can still see in small towns and candy stores. 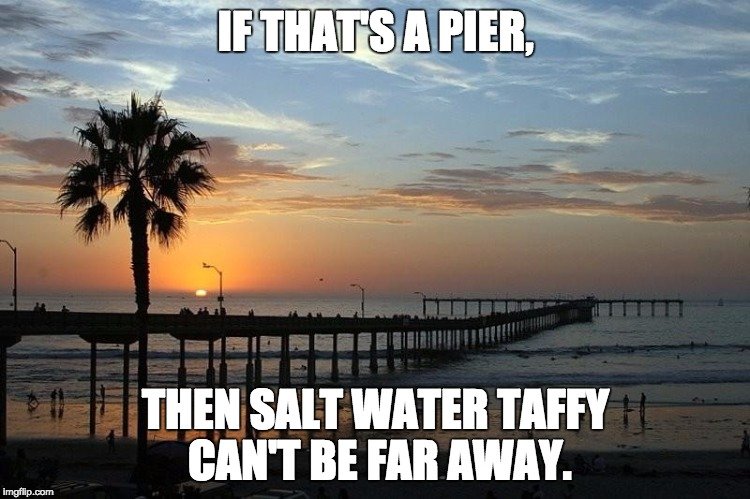 Many origin stories make it difficult to separate fact from fiction, but we do know that a few things are true…. salt water taffy is an excellent name, and those candies are downright addicting!