Marshmallows have a high air content and are made up of more than 50% air by volume. When the air in a marshmallow expands, it will eventually blow up, because the gelatin allows for the size to increase. Another way to increase the volume of air within a marshmallow is by supplying energy to it in the form of heat, which causes the gas to expand.

Remember feeling jealous of cartoon characters who got to jump around on clouds, while you couldn’t even convince your mom to buy you a trampoline? Me too! As a result, the first time I got to eat a marshmallow, I pretended I was eating a little bit of a cloud and many years later, I still do. Can you really blame me? They’re spongy, stretchy and taste like everything good in the world. 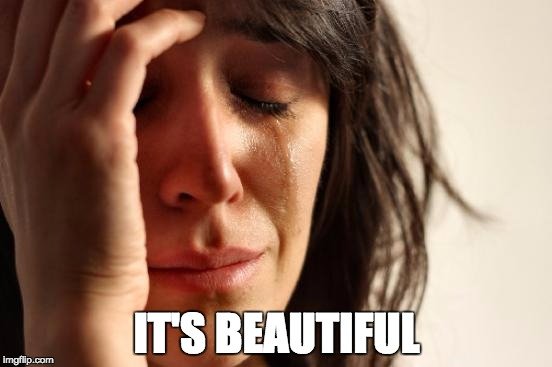 The joy of Marshmallows

Marshmallows were first made 2000 years ago in Egypt, from the sap of a plant found in the marshes called ‘mallow’. They were instantly loved by people, but have developed so much more over the years, including being made into different shapes, with various flavors and many colors. They are now manufactured on a large scale and like most other things, have probably become much better with time. 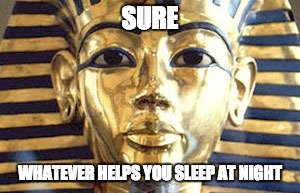 What do marshmallows consist of now?

Marshmallows are basically made of sugar syrup (primarily consisting of sucrose and corn syrup), along with water and gelatin, which is added for its sticky consistency and acts as an aerating agent. The marshmallows are also coated with corn starch. Now, we also add artificial flavors and colors. 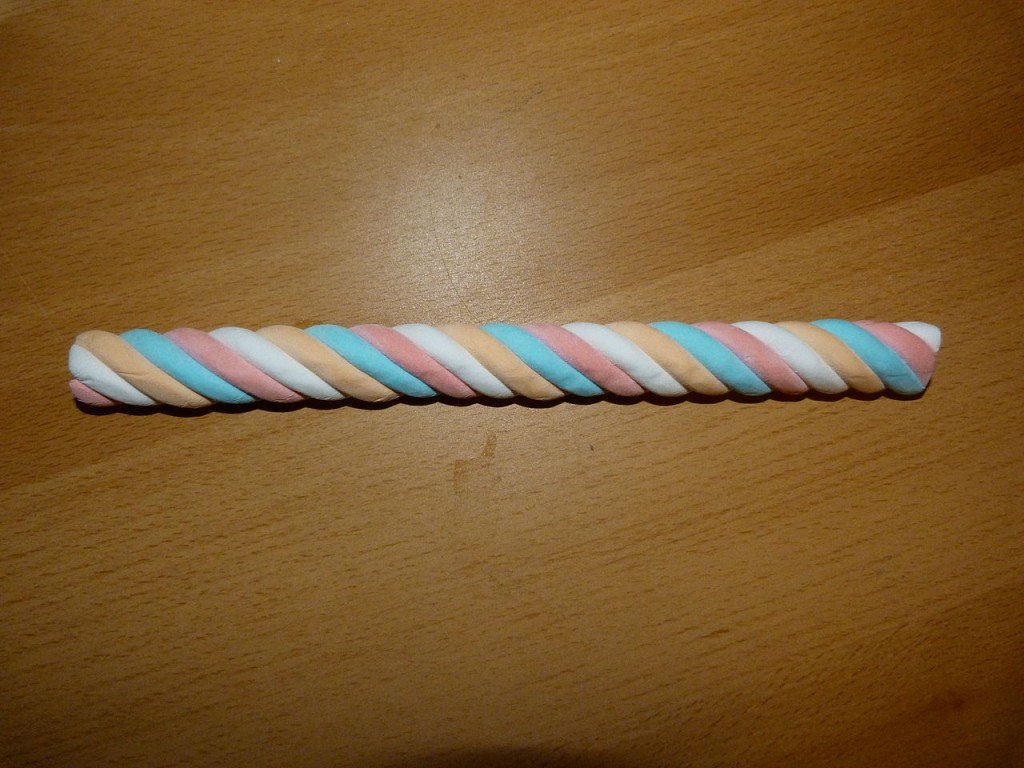 A colorful twisted marshmallow, like the ones available today. (Photo Credits: Delusion23/Wikimedia Commons)

Gelatin and other aerating agents are what give marshmallows their fluffy texture. An aerating agent works by releasing small air bubbles into the rest of the mixture during the process of making marshmallows. The mixture is also whipped to increase the air content in it. The air is not allowed to escape, so that trapped air within the marshmallow gives it a spongy texture.

So why do marshmallows blow up?

Marshmallows have a high air content and are actually made up of more than 50% air by volume. Therefore, when the air in a marshmallow expands, it will eventually blow up, because the gelatin allows for the size to increase, as it is elastic in nature. This means that if more air is forced into a marshmallow, the volume of air within the marshmallow increases and the marshmallow grows in size!

Another way to increase the volume of air within a marshmallow is by supplying energy to it in the form of heat, which causes the gas to expand. Matter usually expands upon being heated, and gaseous matter expands the fastest, since the intermolecular forces are comparatively weak. As a result, when marshmallows are put into a microwave, they also fluff up. 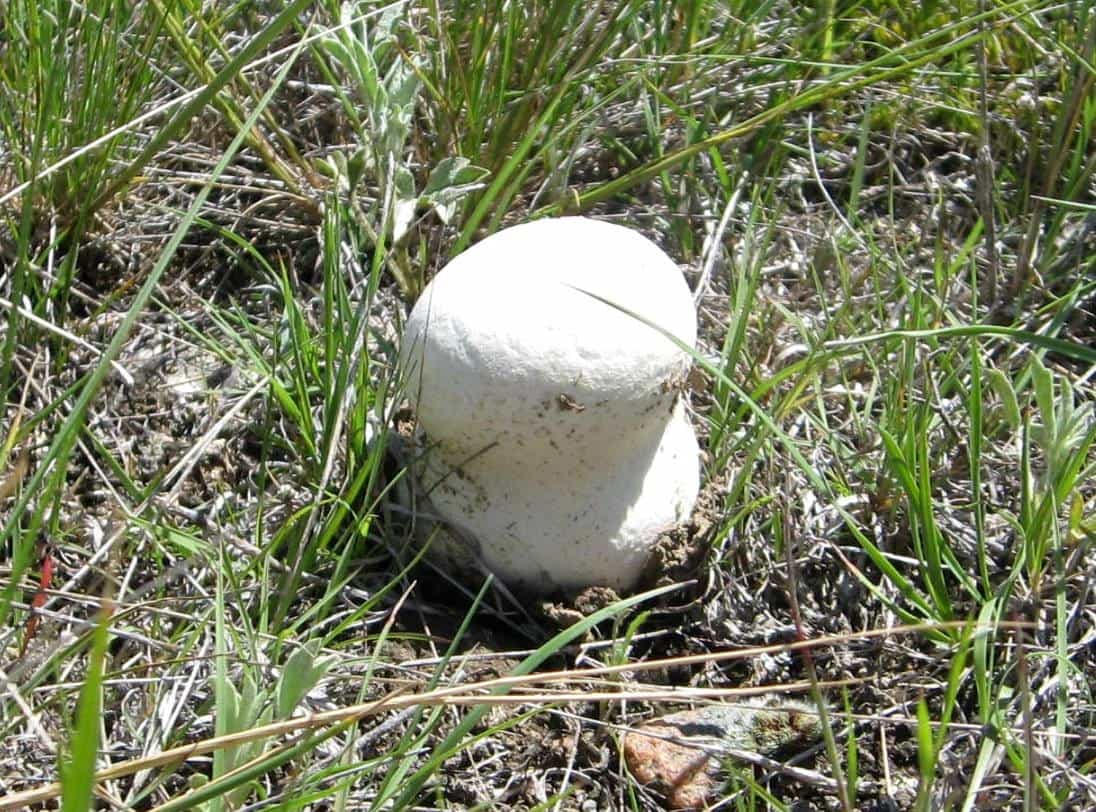 Marshmallow blown up due to the heat when placed outside (Photo Credit: nps.gov)

Aerated drinks have a lot of gaseous content as well, so why doesn’t your quantity of Coke increase upon heating?

Firstly, I suggest you not try this because warm Coke tastes terrible.

Secondly, as mentioned before, due to the presence of gelatin and its elastic properties, the gas expands without escaping. However, if an aerated drink is heated, the air bubbles will escape because liquid cannot expand easily.

Toasting marshmallows over bonfires is a very popular tradition. However, toasting marshmallows over the fire is very different from heating them up in a microwave. When a marshmallow is put on a stick and heated in the fire, the heat is strong enough to caramelize the sugar syrup on the surface of it. Caramelization involves oxidation of the sugar. In microwaves, the heat will never be enough to caramelize the sugar. In fact, if kept in the microwave for too long, the air will expand too much for the stretching ability of the gelatin and…. BOOM! The marshmallow will explode. 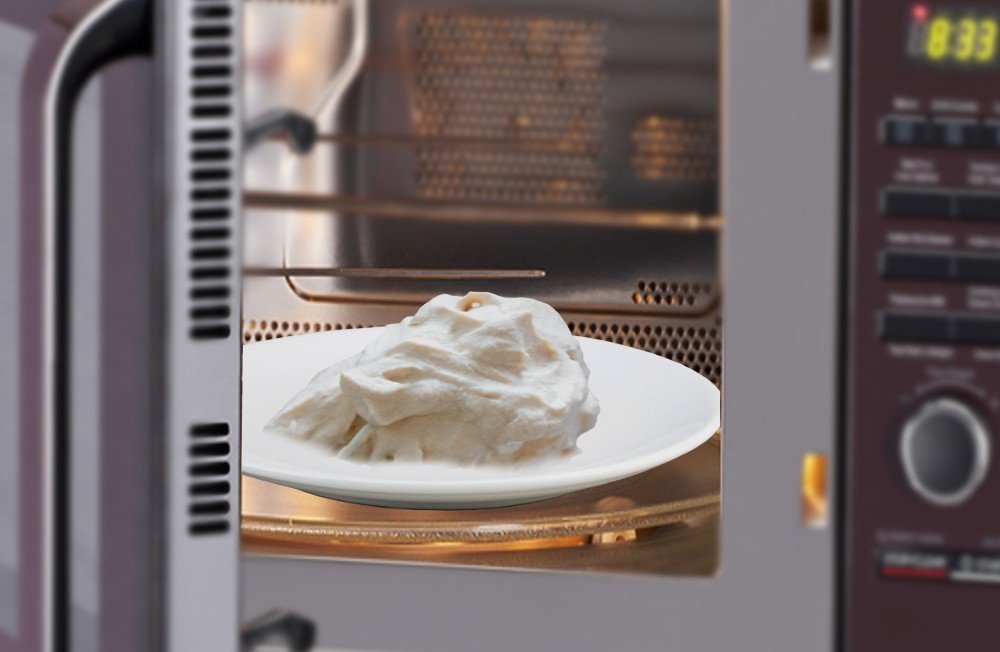 That’s not so appetizing 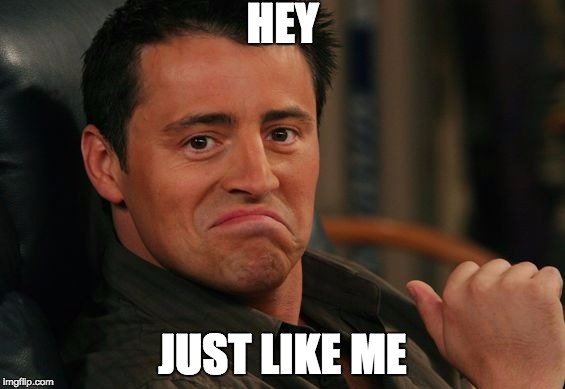 Now, the next time you have only one marshmallow left, remember to microwave it so you can make it even bigger! Also, make sure your mom isn’t around in case it doesn’t go too well!