The International Date Line was chosen to be at 180 degrees longitude, on the opposite side of the planet from the Greenwich Meridian. The reason for this is so that there would be a set location where a new day technically began. The international date line is in place to separate two separate calendar days, telling the world that the date changes at the IDL, and then at every subsequent place at midnight.

Although the modern world is globalized and connected in countless ways, and advanced telecommunications depend on extreme accuracy of both time and position, this was not always the case. In fact, this obsession with accuracy when it comes to time and positioning is relatively new, and has only been around for the past few hundred years. Before that, it was simply impossible to coordinate when and where everyone was at a given time.

The Greenwich Meridian was established in the early 18th century, but that was primarily for navigation in maritime applications. The International Date Line is a bit more mysterious, and since it is located in such an uninhabited area, most people don’t really understand what it is. Furthermore, most people don’t understand why it was chosen! Is it just an arbitrary line in the ocean? Or does it have some greater significance?

Short answer? It was chosen for convenience, and because it basically split the world in half.

The Origins of Timekeeping

Before clocks and instantaneous communication, telling the time was a rather simple process. When the sun was at its zenith (“noon”) and due south, that was the middle of the day. One full day passed between one “noon” and the next. Obviously, that system was somewhat faulty because cities on the same longitude, in certain areas, could have their “noon” occur at a different time. As the world began to modernize, clocks became more advanced and the need for accuracy of timekeeping increased (train schedules, telephone calls, etc.).

To solve this global problem, the concept of time zones was developed and formalized by 1900, breaking the world up into 24 different time zones, one for each hour of the day. This corresponded to the global positioning system of longitude and latitude, which allowed for accurate positioning on the Earth. Latitude operated on the vertical axis, putting the Equator at 0 degrees and the poles at +/-90 degrees. However, longitude was a bit more of a challenge, as choosing where “0 degrees longitude” should be located was a major point of pride.

England, however, had the largest navy in the world, and the most colonies spread across the globe, so they were in the best position to define the point on the map. Hence, the Greenwich Meridian was born, which sits at 0 degrees longitude, going right through the heart of London. This helped to standardize time and location, since most time zones were 15 degrees of longitude wide.

The Birth of the International Date Line

Now, the world already had an understanding of how days and time worked (namely, the day and date changed at midnight), based on the time zones set in Greenwich. However, it was also necessary to have a demarcation of the “date change” somewhere else in the world. Since there is technically a “rolling date line” as midnight occurred in every different time zone, there needed to be a set location where a new day technically began. Thus, an International Date Line was required. 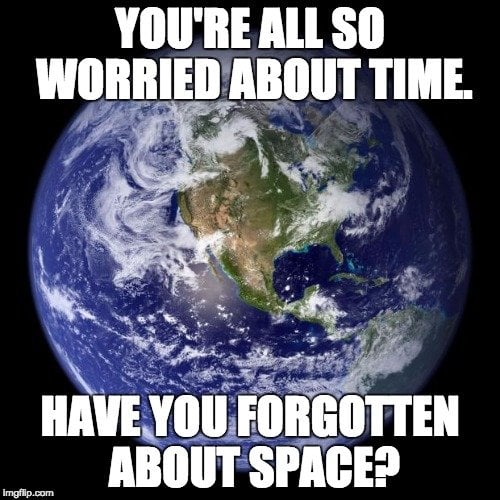 Crossing west over the IDL added 24 hours to the present time, and crossing east subtracts 24 hours. Essentially, if you step over one side, it could be May 2 at 2pm, but if you step back east across it, it will be May 1 at 2pm. The reason we needed an international date line is because a rolling date line would never allow the date to change! That may sound crazy, but as you circumnavigate the globe using only the time zones to progress the date, the “math” doesn’t work out. Basically, if you traveled east around the world (the direction the Earth spins) using only the local time zones, you would eventually gain a day on someone who stayed in the same place.

The international date line is in place to separate two separate calendar days, essentially telling the world that the date changes at the IDL, and then at every subsequent place at midnight. In the eastern hemisphere, to the left of the line, the date is one day ahead than in the western hemisphere, directly to the right of the line.

An Arbitrary, but Clever Location

Given the strange nature of dates on opposing sides of the line, choosing a place for it on Earth had to be done quite carefully. It was only a matter of coincidence that the best spot for it was also on the opposite side of the planet from the Greenwich Meridian. The IDL is at 180 degrees longitude, Greenwich is at 0 degrees longitude, and there are 360 degrees of longitude on the planet.

The IDL was chosen because it runs right through the heart of the Pacific Ocean, in a relatively straight line, although it does zig-zag around eastern Russia and the Aleutian Islands of Alaska. Most of these small alterations of the path are due to local preferences and commercial reasons, as well as simplicity. It would be quite confusing if two sides of the same city were in different dates, so the line was bent and manipulated to avoid these types of problems. Cutting through the middle of the Pacific Ocean was wise, as few people will ever be in a position where they can hop from one date back to the next, thus preventing any major confusion. For the most part, the IDL is accepted around the world because it gives some order to our timekeeping and calendar coordination. That being said, the IDL is not a part of international law, so countries are free to observe whatever dates they choose. For all of our prospective time travelers out there, we may not be able to live the dreams of H.G. Wells, but if you sail out into the middle of the Pacific and cross over the IDL on the afternoon of July 14th, you will have suddenly transported yourself back into the afternoon of July 13th! Who needs a time machine when you have a sailboat and some time to kill?