The astronauts on the ISS experience 16 sunrises and sunsets in the span of a single earth day. Hence, the ISS sticks to a standard time zone and controls its lighting accordingly, to simulate a normal day-night routine up there in space.

When we were little kids, they were nothing but a measure of how close the next holiday was. As we grew older, it became a mundane cycle of goals and deadlines and paychecks. Some find beauty and mystery in days and nights, whereas for others, it’s just a consequence of the earth’s motion.

No matter what your notion of a day and night is, for all earthlings, it is an inevitable cycle of darkness and light that repeats every 24 hours.

However, once you leave our planet, all those pre-set definitions begin to crumble.

For instance, consider the astronauts up there on the International Space Station. Have you ever wondered what days and nights are like for them?

Why Do We Have Days And Nights?

We perceive days and nights as a consequence of Earth’s rotation.

Along with revolving around the sun in an elliptical orbit, our planet also rotates about its axis. As it spins, the part of the earth that faces the sun experiences ‘daytime,’ whereas the part that’s hidden from the sunlight experiences ‘night’. 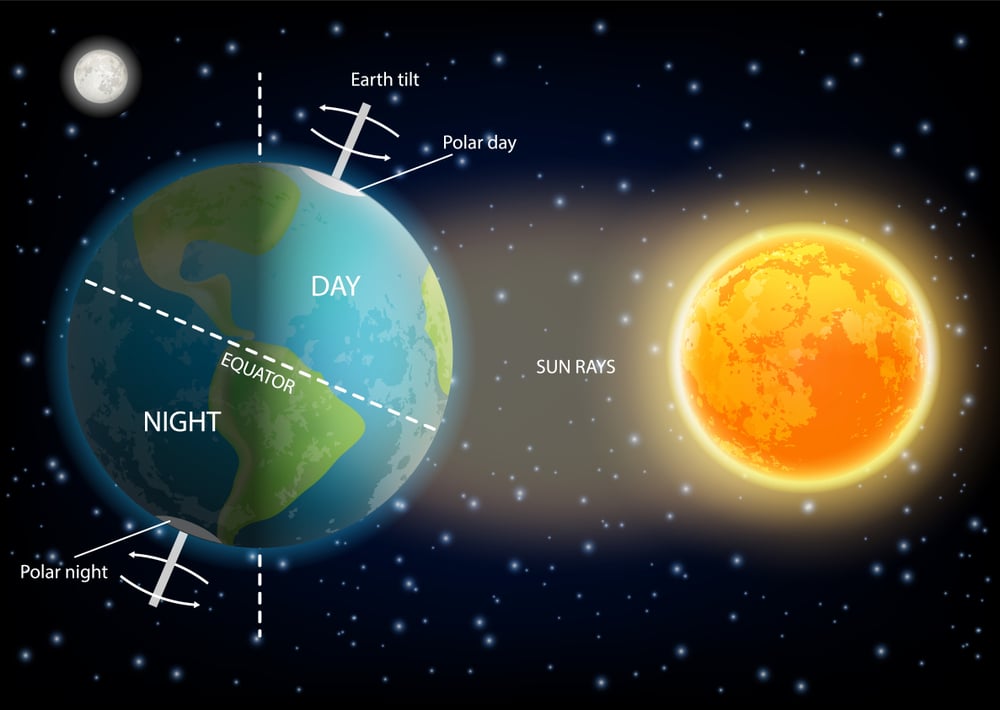 The earth spins insanely fast, at a speed of about 1670 km/h. Even at this rate, however, our planet takes almost 24 hours to complete one rotation. Thus, we have 24 hours in a day with approximately 12 hours of sunlight and 12 hours of darkness.

What Are Days And Nights Like On The ISS? 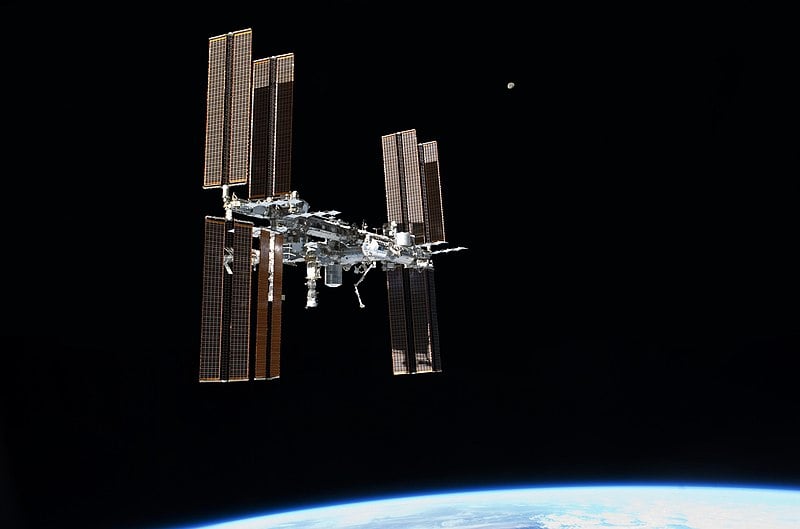 Since it orbits so close to the earth, you can spot the ISS with the naked eye (Photo Credit : European Space Agency/Wekimidea Commons).

Days And Nights On The ISS

The ISS orbits the earth at a whopping speed of  27,600 km/h and completes one revolution in about 90 minutes.

During its orbit, the spacecraft spends roughly half the time basking in the sunlight, and the rest behind the earth’s shadow. Thus, the space station experiences about 45 minutes of daylight and 45 minutes of darkness in each revolution.

The orbit of the ISS, through darkness and light. (Photo Credit : Tomruen/Wekimidea Commons)

In 24 hours, the ISS orbits Earth 16 times. Thus, in the span of a single earth day, the astronauts aboard the ISS witness 16 sunrises and 16 sunsets. 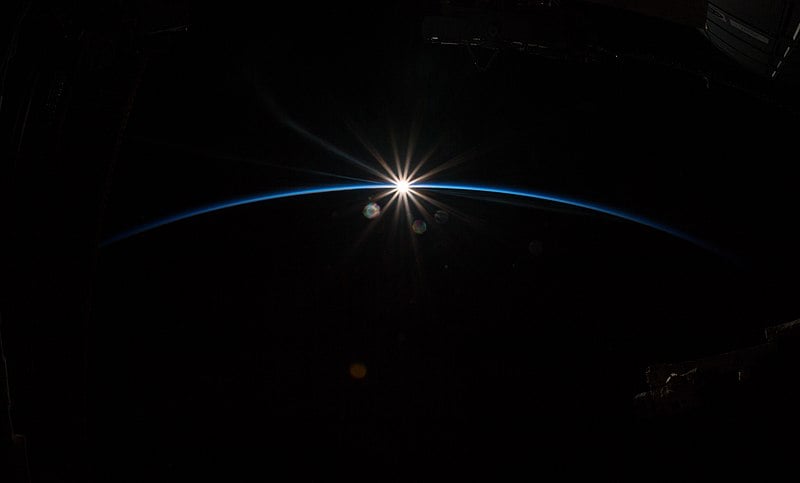 Why Frequent Day-Night Switches Can Be A Problem

Initially, being able to witness 16 sunsets in a day, from space, sounds awesome, but in the long run, it can be a serious problem. 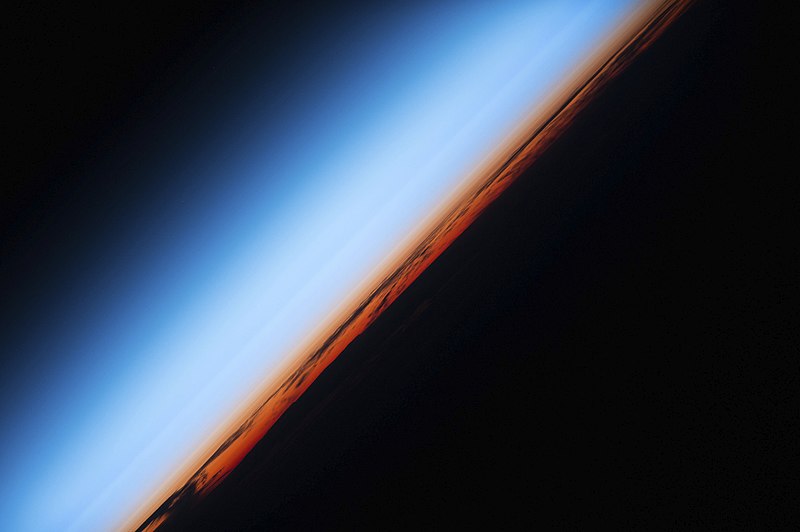 Human bodies are wired to run on 24-hour cycles, and light plays a major role in governing those cycles.

Our Circadian rhythms are accustomed to the light patterns on Earth. Sunlight triggers us to wake up, whereas darkness promotes sleep and inactivity. Hence, rapid switching between sunlight and darkness can take a toll on the biological clock of astronauts.

We can’t let the astronauts on one of the most important missions in the world feel as if they are in a perpetual state of jet lag. Hence, it is necessary to create a “normal” day-night environment onboard the ISS.

How Does The ISS Simulate A Normal Day-Night Environment?

1. Sticking To A Time Zone

The International Space Station is set to the Universal Coordinated Time (UTC). UTC is the global standard of time, which is determined using two factors:

All the time zones in the world are synchronized based on the UTC Standard. 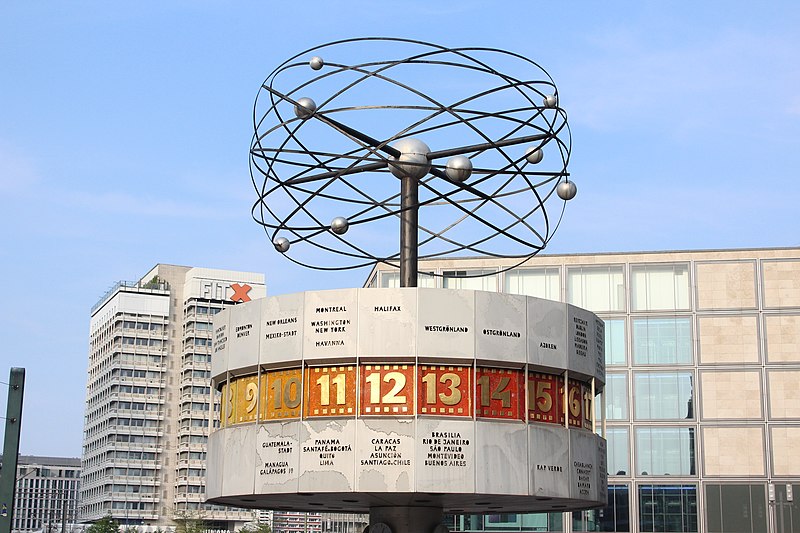 As mentioned earlier, the ISS is a multinational venture involving five major space agencies located all around the world. Thus, UTC was the best choice, as it facilitates effective collaboration among all the participating agencies.

If you’re curious to know what time it is on the ISS right now, click here!

2. Controlling The Lighting On The ISS

During the early years of the mission, it was found that despite allocating 8.5 hours of time for sleep, the astronauts were unable to get healthy sleep. Hence, scientists decided to switch up the lights in the space station.

In fact, ‘The Effect of Lighting on Human Body’ was one of the experiments that NASA conducted on the ISS. 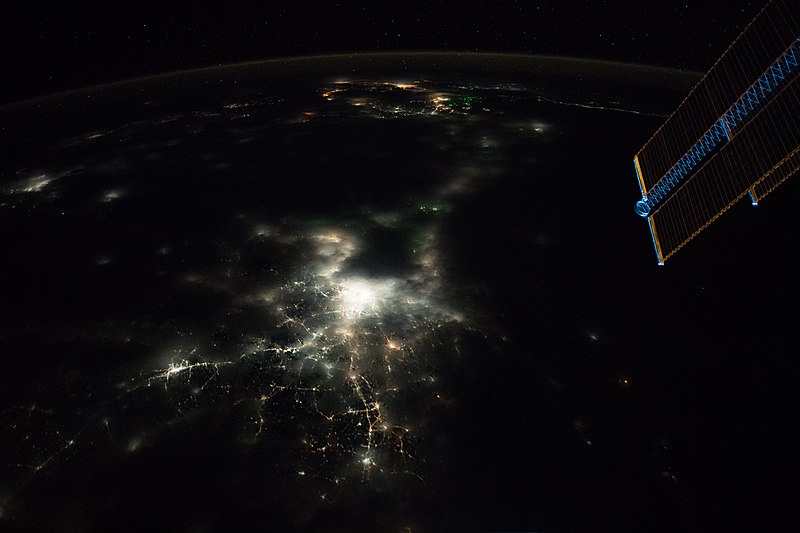 In 2016, these modules were replaced by ‘Solid State LED Modules’ that are long-lasting, cheaper, and lighter compared to their former counterparts. The ability of these LED lights to emit different wavelengths at varying intensities made them the best alternative to simulate a day-night environment on the station.

A ‘Day’ In The Life Of An ISS Astronaut

A typical workday of an ISS astronaut starts at 6 am UTC and ends at 9.30 pm UTC.

During the initial hours, the lights are set at a high brightness to simulate daytime. When astronauts are involved in more challenging tasks, the lights emit bluer wavelengths to improve alertness.

Towards the end of the day, the lighting switches to warmer tones to promote sleep and repose.

From 9.30 pm to 6 am, the lights are dimmed and set at very low brightness to replicate night. Thus, once the astronauts are done for the day, the crew members can comfortable slip into their sleeping bags to get a good night’s rest. 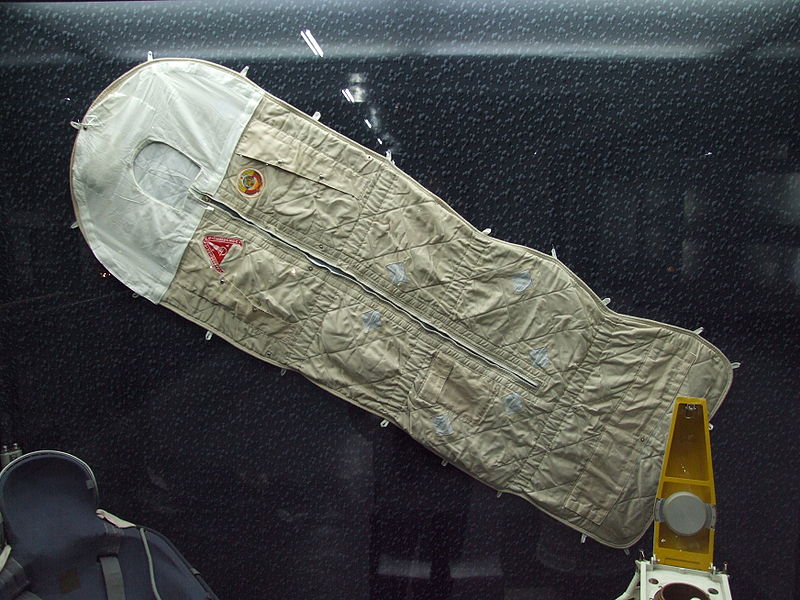 Studies later found that the lighting helped in improving the efficiency of astronauts, and these studies further aided the commercialization of LED products like ‘mood lights’ that are widely prevalent today. 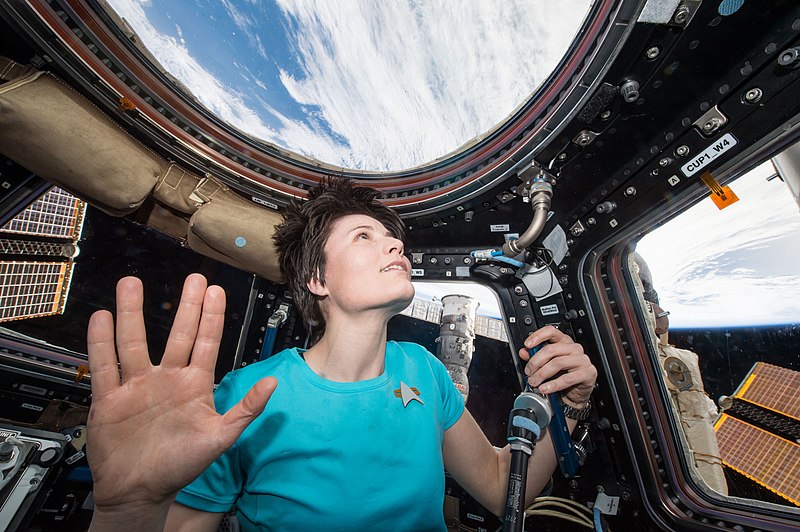 View from the Cupola of the ISS. (Photo Credit : NASA/Wekimidea Commons)

Various measures have been undertaken to ensure that the crew members of the ISS follow a normal routine. Still, if an astronaut wishes to enjoy the exotic views from space for a while, they can head over to the cupola of the ISS and treat themselves to a full “day” in just 90 minutes!